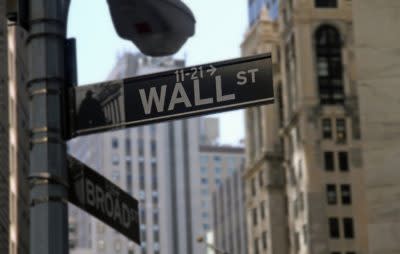 Investment gurus do not have a monopoly on wisdom. The markets have changed over time and investment gurus who have done well in one period may not do as well in another period.

With that said, investment gurus do have a lot of experience in the market. Many have invested in the markets for decades and some are successful to a point that they have become billionaires.

There are different types of investment gurus ranging from value investors to quantitative traders.

Billionaire Warren Buffett is arguably the most famous value investor guru. Buffett’s style is to buy high quality companies with competitive advantages and hold on to them preferably forever. Buffett tends to only buy things he understands and he would prefer to buy stocks at fair to attractive prices.

Billionaire Jim Simons is arguably the most famous quantitative guru. Simons style is to use computers and algorithms to buy and sell thousands of companies with holding periods ranging from very short to forever.

Many of the most famous investment gurus in history have done more than invest well.

Some investment gurus like Benjamin Graham have written books that have inspired other investors. Others like David Tepper have created firms that manage substantial amounts of capital. Another investment guru, John (Jack) Bogle of The Vanguard Group, has helped pioneer a form of investing with The Vanguard 500 Index Fund Admiral Shares (VFIAX) that has saved tens of millions of people substantial fees.

Many of the investment gurus on our list have also been long term investors who buy quality companies with competitive advantages and hold them for a long period. Given the growth over time in the United States economy, some of the leading companies that the gurus owned have done really well as a result. With their wealth, many investment gurus have become leading philanthropists.

In terms of the future, it is likely that many of the future investment gurus will also be American given the continued strength in the American economy. The United States continues to lead the world in innovation and its financial system remains the world’s best given the status of the U.S. dollar as the global reserve currency.

For our list of 15 Most Famous Investment Gurus of All Time, we picked 15 investors that several other websites also rank as investment gurus. We then aggregated the picks.

15 Most Famous Investment Gurus of All Time

David Swensen was an endowment fund manager for Yale University who was known for ‘The Yale Model’ which he invented with Dean Takahashi. Under Swensen, Yale’s endowment averaged an annual return of 11.8% from 1999 to 2009 which beat the market. As a result, numerous other endowments and institutions have tried to copy the Yale Model with many realizing only mixed success given that a big reason for Swensen’s outperformance was manager selection. Swensen ranks #14 on our list of 15 Most Famous Investment Gurus of All Time.

Philip Fisher is most famous for being the author of the book, Common Stocks and Uncommon Profits. Fisher is also known for being an early proponent of growth investing. Like Benjamin Graham, Philip Fisher was an inspiration to famous value investor Warren Buffett.

Peter Lynch is a mutual fund manager famous for managing the Magellan Fund at Fidelity Investments where he averaged a 29.2% annual return between 1977 and 1990. That was more than double the performance of the S&P 500 during the time period. Peter Lynch is also the author of the book, One Up on Wall Street.

John Templeton was an investor and fund manger who created the Templeton Growth Fund which famously averaged growth of more than 15% per year for 38 years. As a student of the father of investing, Benjamin Graham, Templeton was a contrarian investor who liked value stocks that were overlooked by investors. He was also one of the first investors to invest in Japan in the 1960’s.

Billionaire Charlie Munger is the vice chairman of Berkshire Hathaway which is also a giant conglomerate in addition to being an investing fund. Like Warren Buffett, Charlie Munger is a value investor who believes in buying quality companies below their intrinsic value and holding them forever if possible. Berkshire Hathaway’s largest holding at the end of the third quarter was Apple Inc. (NASDAQ:AAPL) with a stake value of $123.7 billion.

Carl Icahn is a billionaire activist investor who is the founder of Icahn Capital. As an activist, Icahn sometimes goes on CNBC to explain his views on the market or to try to gain more support among a company’s board for his initiatives. Given his successes, Icahn ranks as one of the wealthiest people in the world with a net worth of $17.6 billion according to Forbes. Icahn Capital’s biggest holding at the end of September was Icahn Enterprises LP (NASDAQ:IEP) which was worth over $14.3 billion. Carl Icahn ranks #6 on our list of 15 Most Famous Investment Gurus of All Time.

Is Fomo the new greed when it comes to investing?

Investments in Nature-based Solutions Need $674B a Year by 2050

Lithium Americas Corp.
LAC,
+13.19%
stock was up 9.2% in premarket trading Tuesday after it said General Motors Co.
GM,
+8.14%
agreed to invest $650 million in the company to help develop Nevada’s Thacker Pass mine, the largest known lithium source in the U.S. Lithium Americas said the project would create 1,000 jobs in construction and 500 in operations. It would produce lithium for up to 1 million electric vehicles (EVs) a year. Lithium from Thacker Pass will be used in GM’s proprietary batteries for its EVs. “Direct sourcing critical EV raw materials and components from suppliers in North America and free-trade-agreement countries helps make our supply chain more secure, helps us manage cell costs, and creates jobs,” GM CEO Mary Barra said. Thacker Pass is scheduled to go into operation in the second half of 2026, the companies said.