When Nicole Oliveira was just learning to walk, she would throw up her arms to reach for the stars in the sky.

Today, at just eight years of age, the Brazilian girl is known as the world’s youngest astronomer, looking for asteroids as part of a NASA-affiliated program, attending international seminars and meeting with her country’s top space and science figures.

In Oliveira’s room, filled with posters of the Solar System, miniature rockets and Star Wars figures, Nicolinha, as she is affectionately known, works on her computer studying images of the sky on two large screens.

The project, called Asteroid Hunters, is meant to introduce young people to science by giving them a chance to make space discoveries of their own.

It is run by the International Astronomical Search Collaboration, a citizen science program affiliated with NASA, in partnership with Brazil’s ministry of science.

“I will give them the names of Brazilian scientists, or members of my family, like my mom or my dad,” said the lively girl with dark brown hair and a high-pitched voice.

If her findings are certified, which may take several years, Oliveira will become the youngest person in the world to officially discover an asteroid, breaking the record of 18-year-old Italian Luigi Sannino.

“She really has an eye. She immediately spots points in the images that look like asteroids and often advises her classmates when they are not sure they have really found any,” said Heliomarzio Rodrigues Moreira, Oliveira’s astronomy teacher at a private school in the city of Fortaleza in northeastern Brazil, which she is attending thanks to a scholarship.

“The most important thing is that she shares her knowledge with other children. She contributes to the dissemination of science,” added Rodrigues Moreira.

Nicole Oliveira works on her computer at her house in Fortaleza, Brazil. (Jarbas Oliveira/AFP)

Nicolinha’s family relocated to Fortaleza from their hometown of Maceio, about 1,000 kilometers (620 miles) away, at the beginning of this year, after Nicolinha received a scholarship to attend the prestigious school. Her father, a computer scientist, was allowed to keep his job and telework.

“When she was two, she would raise her arms to the sky and ask me, ‘Mom, give me a star,’ said her mother, Zilma Janaca, 43, who works in the craft industry.

“We understood that this passion for astronomy was serious when she asked us for a telescope as a birthday present when she turned four. I didn’t even really know what a telescope was,” Janaca added.

Nicolinha was so set on getting a telescope that she told her parents she would swap it for all her future birthday parties. Still, such a gift was too expensive for the family and the girl got it only when she turned 7 and all her friends pooled money for the purchase, her mother said.

As she continued her studies, Nicolinha enrolled in an astronomy course that had to lower its age limit for students down from 12.

On her YouTube channel, Nicolinha has interviewed influential figures like the Brazilian astronomer Duilia de Mello, who took part in the discovery of a supernova called SN 1997D.

Last year, Oliveira traveled to Brasilia to meet with the minister of science as well as with the astronaut Marcos Pontes, the only Brazilian to date to have been to space.

As for her own ambitions, Nicolinha wants to become an aerospace engineer.

“I want to build rockets. I would love to go to the Kennedy Space Center at NASA in Florida to see their rockets,” she said.

Cave chamber closed for 40,000 years could hold the key to the lives of Neanderthals – KVIA El Paso

The U.S. Department of Energy has announced $105 million in funding for small businesses to pursue the deployment of clean energy technologies.

The projects range from energy technology and sustainable agriculture to atmospheric monitoring and carbon removal, the Energy Department said in a statement.

(Reporting by Kanishka Singh in Bengaluru) 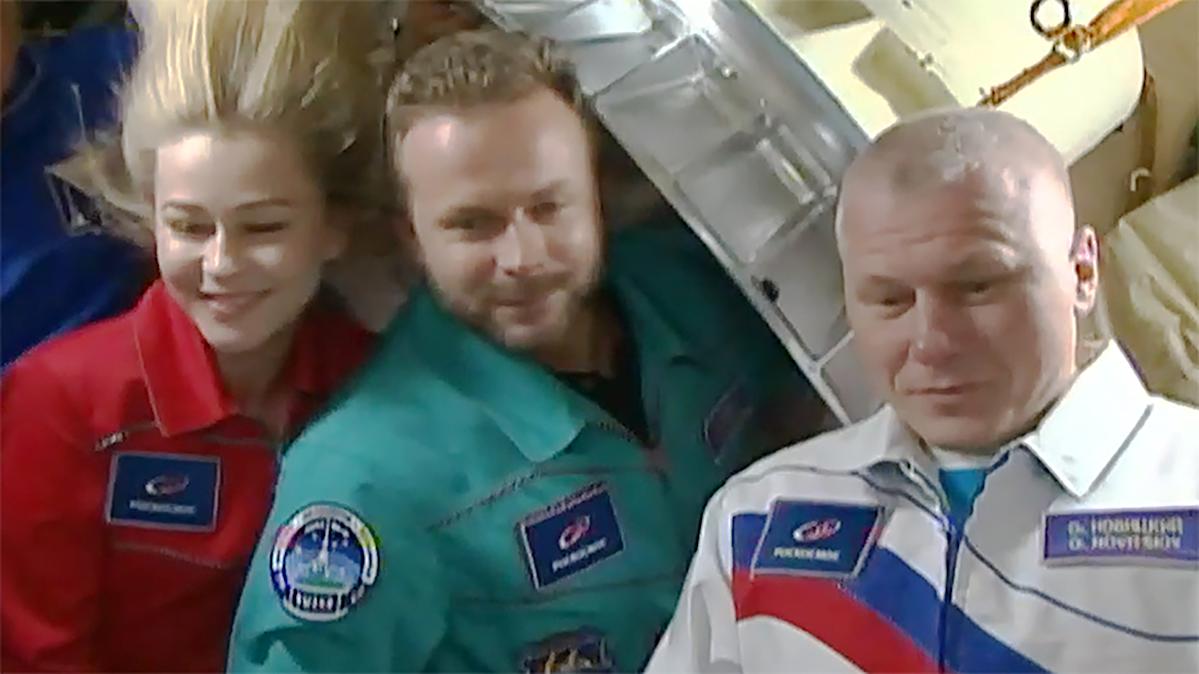 Shooting for the first feature-length movie in space has wrapped. Space.com reports Russian actress Yulia Pereslid, producer Klim Shipenko and cosmonaut Oleg Novitskiy have returned to Earth after the first two spent 12 days filming their movie The Challenge aboard the International Space Station. The three left the ISS in a Soyuz spacecraft at 9:14PM Eastern on October 16th and landed in Kazakhstan just a few hours later, at 12:35AM.

Pereslid and Shipenko arrived on October 5th through an agreement between the Russian space agency Roscosmos, the TV network Channel One and the production studio Yellow, Black and White. Novitskiy had been there since April 9th as part of his regular duties, although he also played a key role — the movie has Pereslid play a surgeon who makes an emergency visit to the ISS to operate on the cosmonaut.

The filming required significant sacrifices for some of the ISS crew. NASA astronaut Mark Vande Hei and Russian cosmonaut Pyotr Dubrov were originally slated to return aboard the Soyuz capsule, but both have had their stays extended by six months to accommodate the film producers. Vande Hei will set a record for the longest spaceflight by a US astronaut as a result, spending exactly one year in orbit. Pereslid also broke ground as the first professional actor to visit space, beating William Shatner by roughly a week.

It will be a while before The Challenge is ready to watch, and it’s safe to say the production is aimed primarily at a Russian audience. It’s a major milestone for private uses of space, though, and hints at a future when Tom Cruise and other stars are frequently blasting off to produce shows in orbit.

Russian actor, director arrive back on earth from ISS – Euronews

A Soyuz space capsule carrying a cosmonaut and two Russian filmmakers has returned to Earth after leaving the International Space Station (ISS) earlier on Sunday.

The capsule landed on the steppes of Kazakhstan carrying Russian actor Yulia Peresild and film director Klim Shipenko, who returned to Earth after filming scenes for the world’s first movie in orbit – a project the Kremlin said would help burnish the nation’s space glory.

Peresild and Shipenko rocketed into orbit in a Russian Soyuz spacecraft on October 5 for a 12-day stint on the station to film segments of the movie titled “Challenge,” in which a surgeon played by Peresild rushes to the space station to save a crew member who needs an urgent operation in orbit.

The pair returned to Earth on Sunday with another Russian cosmonaut, Oleg Novitskiy, who also stars as the ailing cosmonaut in the movie.

Separating the art from the artist, now that we know more than ever – University of Virginia The Cavalier Daily

Eco-art, design and architecture can be agents of environmental change in the public realm – The Conversation CA