First the moon, then Mars

For the first time ever, a Canadian astronaut will be heading to the moon.

On Dec. 16, Canada signed an agreement with the United States called the Gateway Treaty, confirming that a Canadian astronaut will orbit the moon in NASA’s 2023 Artemis II mission.

That means they will be getting close to the moon and going around it but not landing on it.

Here are five reasons why the Artemis II mission and future missions in the Artemis program will be historic.

Although no one in the upcoming 2023 mission will land on the moon, it will mark the first time a Canadian astronaut orbits the moon on a spaceflight. 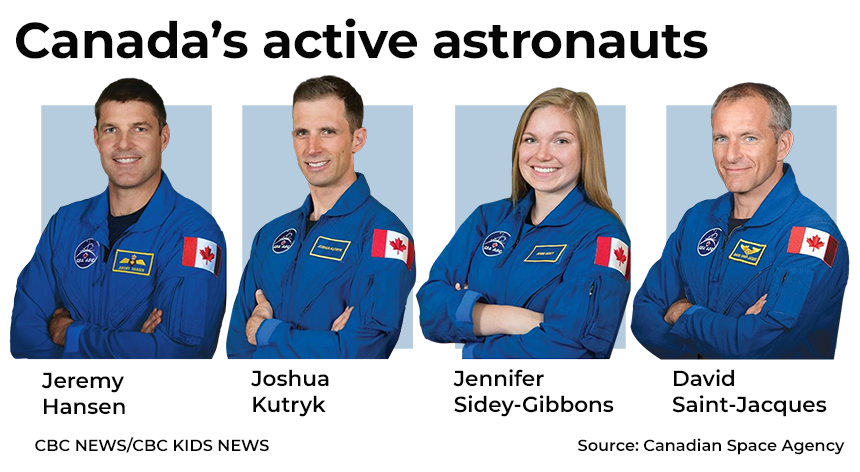 The moon-bound astronaut will be one of these astronauts. (Image credit: CBC News/Canadian Space Agency)

Only one of four Canadian astronauts will be chosen for the mission, but no one has been selected yet.

2. It’s the first step in creating the ‘lunar gateway’

The upcoming 2023 mission is part of a larger program called the Lunar Gateway project. 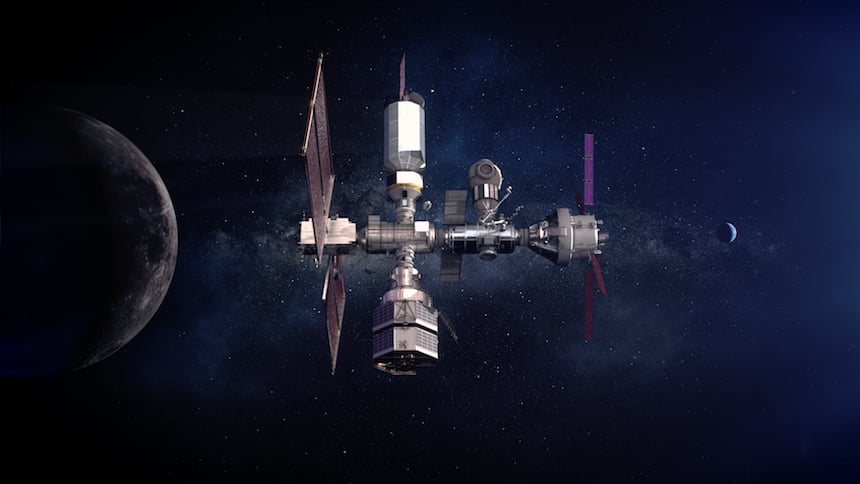 An artist’s rendering of what the Lunar Gateway will look like. (Image credit: NASA).

The goal of the project is to eventually build a new space station above the moon’s surface to allow astronauts to explore the moon and learn more about extraterrestrial lands.

The newly signed agreement also calls for a second flight for a Canadian astronaut to that future space station.

The Apollo missions of the late 1960s and early ’70s marked the first time a human stepped foot on another planetary body and the last time a crew was sent to the moon.

Due to funding cuts over the years, no human crew has been back.

This will be the first time since then that a crew of humans heads back to our lunar neighbour.

Although the 2023 mission will just be an orbit of the moon, NASA said that they hope to have humans land on the moon again by 2024 as part of a future Artemis mission. 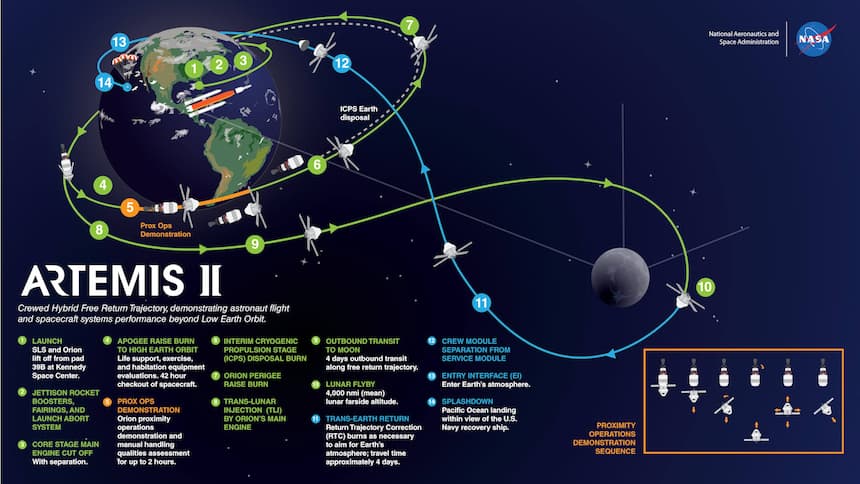 One of those humans will be the first woman to land on the moon.

NASA has not announced who it will be, but they’ve said it will be someone highly experienced who has experience on the ISS.

5. Paving the way to Mars

The whole point of NASA’s Artemis program is to get ready for the big leagues — getting humans to Mars.

Until now, we’ve only been able to send robots and probes to the Red Planet, controlled by humans from a long distance.

NASA hopes the Artemis program will help them learn about how to keep astronauts alive in space.

Establishing a port on the moon will provide future spacecraft a touchdown point other than Earth, making deep-space travel easier.

An Arkansas woman was only expected to live a few hours after being taken off a ventilator. Instead, the Covid-19 patient smiled and tried to wave – CNN

The first full moon of 2021 and the second one of the winter season will be viewable over Kamloops and the Okanagan later this week.

The second full moon of the season, known variously as the Wolf, Snow or Hunger Moon, will look visibly full on Jan. 27 and 28, but in astronomical terms it is at its fullest on Jan. 28 at 11:16 a.m., Pacific time, when daytime might make it a bit difficult to see.

Earthsky.org says to expect to see a full-looking moon in the east at dusk or early evening. The moon should appear full to the average viewer the night before and the night after its Jan. 28 peak.

Unfortunately for us in Kamloops, Vernon, Kelowna and Penticton, this month’s Wolf Moon might prove difficult to view at any time during the next few days.

Environment Canada is calling for mainly cloudy skies with periods of snow or flurries from Tuesday night, Jan. 26 through Friday, Jan. 29, with a hint of sun forecast for Friday, so keep an eye out for a break in the clouds.

The next full moon is the Snow Moon, expected on Feb. 27.

To contact a reporter for this story, email Steve Arstad or call 250-488-3065 or email the editor. You can also submit photos, videos or news tips to tips@infonews.ca and be entered to win a monthly prize draw.

When it comes to space, even the wildest ideas have a chance of becoming reality – especially when the timing and technology align just so. Four years ago, Axiom Space announced plans to build a private space station; like for many companies with similar plans before them, the news was generally well received but with a healthy dose of “we’ll believe it when we see it.” Over the intervening years, Houston-based Axiom has continued the steady march forward and today took a major step on the planned path to create a private space station – and prove the demand for those willing to pay to reach it.

Today, Axiom Space announced the four members selected for the first private crew to visit the International Space Station. The mission, dubbed Ax1, will be lead by former NASA astronaut and Axiom vice president Michael López-Alegría as commander. American entrepreneur and non-profit activist investor Larry Connor, Canadian investor and philanthropist Mark Pathy, and impact investor and philanthropist Eytan Stibbe of Israel will round out the crew as pilot and two mission specialists respectively.

Early reception was generally positive; while some pointed out that the crew lacks gender diversity, others countered that former NASA astronaut Peggy Whitson is currently slated as Ax1’s backup commander. (John Shoffner of Knoxville, Tenn. is the backup mission pilot.)

“This collection of pioneers – the first space crew of its kind – represents a defining moment in humanity’s eternal pursuit of exploration and progress,” López-Alegría said. “I look forward to leading this crew and to their next meaningful and productive contributions to the human story, both on orbit and back home.”

The four-member crew, which is currently scheduled to launch to the ISS no earlier than January 2022 aboard a SpaceX Crew Dragon capsule, will spend eight days on the space station before returning to earth. They will participate in research and philanthropy projects during that period, similar to the work current governmental astronauts do during their longer tenures on ISS. Each man paid $55 million for their spot on the Ax1 crew and to cover costs of launch and accommodation aboard ISS.

This is in line with the sums past space tourists have paid for individual flights to the ISS. Eight private citizens traveled to space between 2001 and 2009, each paying between reportedly between $20-25 million. A successful Ax1 mission will increase the number of private citizens who have visited the ISS by 50%, and pave the way for a more comfortable ride (Crew Dragon was generally praised for being comfortable by DM-2 astronaut Bob Behnken; the Russian Soyuz that carried past space tourists is notoriously uncomfortable.)

“We sought to put together a crew for this historic mission that had demonstrated a lifelong commitment to improving the lives of the people on Earth, and I’m glad to say we’ve done that with this group,” Axiom Space President & CEO Michael Suffredini said. “This is just the first of several Axiom Space crews whose private missions to the International Space Station will truly inaugurate an expansive future for humans in space – and make a meaningful difference in the world when they return home.”

However, the flight and stay aboard ISS are not guaranteed: Axiom Space is still negotiating a Basic Ordering Agreement (BOA) with NASA to enable private astronaut missions like Ax1 and future planned missions. The eventual goal is to send two missions per year to the ISS while Axiom Space builds out a private space station, first as a series of attached modules to the existing ISS structure, then as a free-floating station of its own.

The crew announcement marks an important first step, as it puts names and faces to the private citizens who may make history as early as January next year.

BC to stretch second doses of COVID vaccine to 42 days amid production delay – BC News – Castanet.net