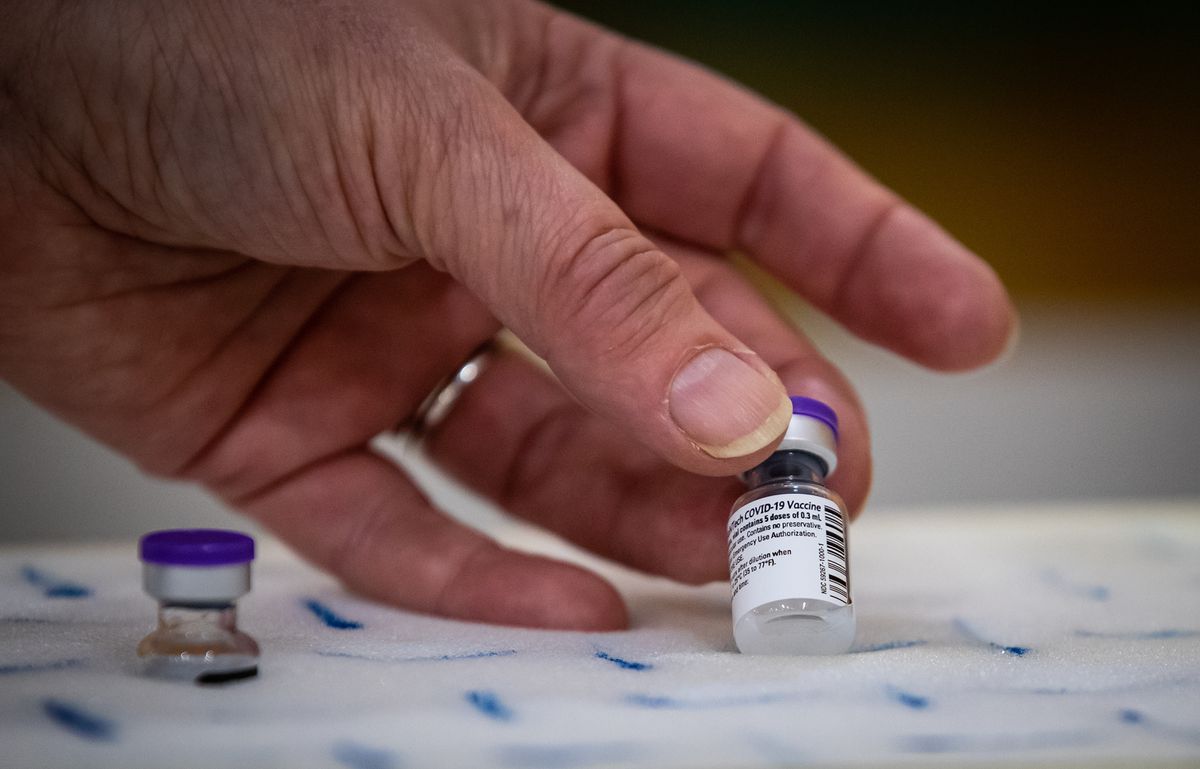 Vancouver’s adMare BioInnovations specializes in turning Canada’s world-leading research in life sciences – the technology that is driving the medical response to the pandemic – into commercial opportunities.

But in British Columbia, lab space is hard to find, recruitment is challenging, and government support is underwhelming. So the company, with its headquarters at the University of B.C., is expanding in Quebec, whose provincial government has aggressively courted such investments.

On April 20th, B.C. Finance Minister Selina Robinson will introduce a budget that could change that.

Her government’s fiscal plan will help shape the economy that emerges from the pandemic. It’s an opportunity to help expand the province’s biotech and health sciences sector.

Or the province can continue to allow those resources to fuel innovation in other provinces and other countries.

“The world has turned its eyes to the potential of the life sciences industry,” said Gordon McCauley, president and chief executive officer of adMare. “Canada has a very, very strong research enterprise. It consistently punches above its weight. Now we need to make sure that we see that research enterprise and the industry continue to grow here, because we’ve just got so much potential.”

The Quebec government helped his company acquire a facility in Montreal, and it provided substantial operational funding. With the latest expansion of those labs, the Montreal facility is now three times the size of adMare’s Vancouver operation. “They made a very conscious decision that they wanted to see that ecosystem grow in Quebec, and they made it possible,” Mr. McCauley said. “That’s absolutely something we should be thinking about in British Columbia.”

On Wednesday, the global pharmaceutical giant Sanofi unveiled its plans to build an influenza vaccine manufacturing facility in Toronto, after the federal government and the province of Ontario committed to invest close to half a billion dollars in the project. The nearly 50-50 split of public and private investment will ensure that Canada has an operational domestic vaccine manufacturing plant by 2026 that can make enough vaccine for the entire population within about six months of the World Health Organization identifying a pandemic flu strain.

Sanofi owns what used to be Canada’s Connaught Laboratories, which was once the second-largest vaccine supplier and producer in the world. Karimah Es Sabar, who worked at Connaught before it was sold, has been watching Canada yield its position as an international leader in pharmaceutical and health sciences over the decades.

“We have great academic institutions and research institutions – that’s the watering hole where you get the science. And we have good entrepreneurs who spin out companies and build young companies and do startups,” she said. The next stage is where Canada falters – creating the business environment where those companies can grow.

“Canada, in the last three decades, has really been a pipeline of innovation and creativity for other jurisdictions to pick up, and then build, and have the economic benefits.”

Ms. Es Sabar is the chair of the federal health and biosciences economic strategy table, as well as the chief executive officer of Quark Venture, a Vancouver-based investment firm that provides equity financing of biotechnology and health sciences companies.

While Quebec, and, to a lesser extent, Ontario are working to rebuild Canada’s life sciences sector, her home province of British Columbia is taking a laissez-faire approach. Why isn’t the same amount of investment going into B.C.? “Because of COVID, the federal government has recognized the importance of this, but the provincial government needs to play as well,” she said. B.C. hasn’t offered up the kind of matching funds that would encourage those private-public partnerships.

When Precision NanoSystems announced in February its plans to a establish a bio-manufacturing facility in Vancouver capable of producing 240 million RNA vaccine doses annually, it was with $25-million in federal seed money. The province was absent from the podium.

Wendy Hurlburt, president and chief executive officer of the industry association LifeSciences BC, said the community is growing fast even without provincial assistance. But it could be doing far more if the climate were more accommodating.

“Our sector has really been leading the way, certainly in Canada if not globally, on responses to COVID-19.” The research is important, but it is difficult to retain top talent when the jobs, outside of academia, are mostly elsewhere. “This is ultimately about trying to save lives, as well as returning our economy to a stronger place,” she said.

“We need to continue to invest in that research, but we also have opportunities to commercialize faster and better.” That means access to capital, and a streamlined regulatory environment. It requires a helping hand so companies can scale up rather than move out. “We have been talking to the B.C. government about how are we going to build out this infrastructure of labs. We’re losing companies because we don’t have labs, so they go elsewhere.”

B.C. Premier John Horgan recently boasted of his province’s contribution to the global pandemic response, pointing to companies such as Acuitas Therapeutics, which developed the novel and sophisticated delivery platform that was used for the mRNA-based vaccine developed by Pfizer-BioNTech.

Then there is Vancouver-based AbCellera, which, in partnership with Eli Lilly and Co., developed the first FDA-authorized novel antibody to treat COVID-19. (The federal government purchased supplies of the therapy in December, but the provinces, including B.C., have balked at distribution.)

While the Premier acknowledged that B.C. and Canada need to build a robust life sciences sector, he made no commitments about the coming budget. “I think all Canadians are now aware not just of our deficiency in the ability to provide vaccines for ourselves, but a whole host of other issues and products and services that Canadians, quite frankly, have started to take for granted,” he told reporters on March 24. “I think there’s a long discussion ahead of us as a community about how we address those issues.”