Researchers at Tel Aviv University noticed unusual cavities in two tail segments of the hadrosaur, which were unearthed at the Dinosaur Provincial Park in southern Alberta, Canada.
They compared the vertebrae with the skeletons of two humans who were known to have a benign tumor called LCH (Langerhans cell histiocytosis), a rare and sometimes painful disease that affects children, mainly boys. 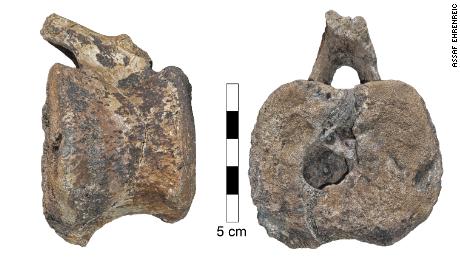 “Diagnosing diseases in skeletal remains and fossils is complicated as in some cases different diseases leave similar marks on bones. LCH, however, has a distinctive appearance that fit to the lesions found in the hadrosaur,” said Dr. Hila May, head of the Biohistory and Evolutionary Medicine Laboratory, at TAU’s Sackler Faculty of Medicine.
The researchers used advanced, high-resolution CT scans to analyze the dinosaur tail fossils.
“New technologies,such as the micro CT scanning, enabled us to examine the … structure of the lesion and reconstruct the overgrowth as well as the blood vessels that fed it,” May told CNN. 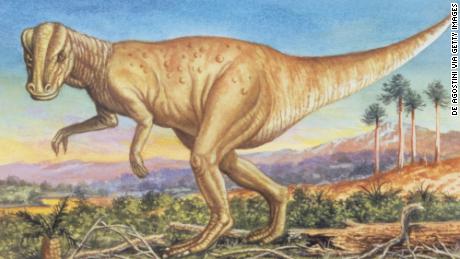 “The micro and macro analyses confirmed that it was, in fact, LCH. This is the first time this disease has been identified in a dinosaur,” May said.
In humans, LCH is sometimes described as a rare form of cancer but May said that there are different opinions among experts as to whether it is definitively a cancer or not because in some cases its passes spontaneously.
“Most of the LCH-related tumors, which can be very painful, suddenly appear in the bones of children aged 2-10 years. Thankfully, these tumors disappear without intervention in many cases,” she said.
Hadrosaurs would have stood about 10 meters high and weighed several tons. They roamed in large herds 66 to 80 million years ago, the study, which published this week in the journal Scientific Reports said.

Like us, dinosaurs got sick but evidence of disease and infection in the fossil record — a field known as paleopathology — has been scant.
However, there is evidence that tyrannosaurids, like the T-Rex, suffered from gout and that iguanodons may have had osteoarthritis. Cancer has proved more difficult for paleopathologists to diagnose but there is evidence that dinosaurs would have suffered from the disease, the study said.
Studying disease in fossils, independent of the species, is a complicated task. And it is even more complicated when dealing with those of animals that are extinct as we do not have a living reference, May explained. 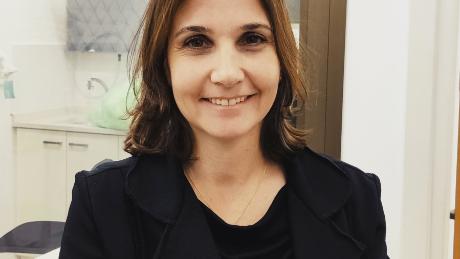 The authors said the finding could help further evolutionary medicine — a new field of research that investigates the development and behavior of diseases over time.
Given that many of the diseases we suffer from come from animals, such as coronovirus, HIV and tuberculosis, May said understanding how they manifest themselves in different species and survive evolution can help find new and effective ways to treat them.
“When we know that a disease is independent of species or time, it means the mechanism that encourages its development is not specific to human behavior and environment, rather [it’s] a basic problem in an organism’s physiology,” May said.

Following is a summary of current science news briefs.

Researchers at the University of California, San Diego hope to make future beach visits both environmentally and fashion-friendly, with a new formula for biodegradable flip flops. Mike Burkart, professor of chemistry and biochemistry at the public research university in San Diego, California, has developed a polymer from algae, which decomposes naturally.

Four bones found on a beach on the Isle of Wight, off England’s south coast, belong to a new species of theropod dinosaur, the group that includes Tyrannosaurus rex, researchers at the University of Southampton said on Wednesday. The new dinosaur, which has been named Vectaerovenator inopinatus, lived in the Cretaceous period 115 million years ago and was estimated to have been up to four metres long, the palaeontologists said.

Mystery of the dimming of massive star Betelgeuse explained

Astronomers have determined the cause of the dramatic dimming observed last year and earlier this year of one of the brightest stars in the night sky, a colossus called Betelgeuse that appears to be on its way toward a violent death. Based on Hubble Space Telescope observations, scientists said they believe Betelgeuse ejected a huge hot, dense cloud of material into space that cooled to form dust, shielding the star’s light and making it appear dimmer from the perspective of viewers on Earth.

Sharks have more complex social lives than previously known, as shown by a study finding that gray reef sharks in the Pacific Ocean cultivate surprising social networks with one another and develop bonds that can endure for years. The research focused on the social behavior of 41 reef sharks around the Palmyra Atoll, about 1,000 miles (1,600 km) southwest of Hawaii, using acoustic transmitters to track them and camera tags to gain greater clarity into their interactions.

Scientists have identified a chemical compound released by locusts that causes them to swarm, opening the door to possible new ways to prevent these insects from devouring crops vital to human sustenance as they have for millennia. Researchers said on Wednesday they identified the pheromone – a chemical produced by an animal that affects the behavior of others of its own species – in the world’s most widespread locust species, the migratory locust, or Locusta migratoria.

Perseid Meteor Shower is Expected to Peak on August 11 and 12, Here’s How You Can Watch This Astrono … – Gizmo Posts 24

Though 2020 hasn’t been off the best of starts, we’ve still had a thing or two to cherish in these past few months. Apart from the pandemic, 2020 has been a year of several astronomical events. Right from January 2020, we have witnessed several major as well as minor astronomy events directly from our terrace or balcony. And after the last meteor shower in July 2020, it looks like we have another meteor shower to look for in August 2020.

Perseid Meteor Shower is Expected to Peak on August 11 and 12, Here’s How You Can Watch This Astronomy Event!

The moon phase of 41.9% could interfere in the view. However, it is still a bright enough meteor shower allowing one to see up to 60 meteors in an hour. The Perseid Meteor shower will be best viewed from a dark location after midnight. Meteors will radiate from the constellation Perseus but can appear anywhere in the sky.

'Canary in the coal mine': Greenland ice has shrunk beyond return, study finds – The Globe and Mail

Greenland’s ice sheet may have shrunk past the point of return, with the ice likely to melt away no matter how quickly the world reduces climate-warming emissions, new research suggests.

Scientists studied data on 234 glaciers across the Arctic territory spanning 34 years through 2018 and found that annual snowfall was no longer enough to replenish glaciers of the snow and ice being lost to summertime melting.

That melting is already causing global seas to rise about a millimetre on average per year. If all of Greenland’s ice goes, the water released would push sea levels up by an average of 6 meters – enough to swamp many coastal cities around the world. This process, however, would take decades.

“Greenland is going to be the canary in the coal mine, and the canary is already pretty much dead at this point,” said glaciologist Ian Howat at Ohio State University. He and his colleagues published the study Thursday in the Nature Communications Earth & Environment journal.

The Arctic has been warming at least twice as fast as the rest of the world for the last 30 years, an observation referred to as Arctic amplification. The polar sea ice hit its lowest extent for July in 40 years.

The Arctic thaw has brought more water to the region, opening up routes for shipping traffic, as well as increased interest in extracting fossil fuels and other natural resources.

Greenland is strategically important for the U.S. military and its ballistic missile early warning system, as the shortest route from Europe to North America goes via the Arctic island.

Last year, President Donald Trump offered to buy Greenland, an autonomous Danish territory. But Denmark, a U.S. ally, rebuffed the offer. Then last month, the U.S. reopened a consulate in the territory’s capital of Nuuk, and Denmark reportedly said last week it was appointing an intermediary between Nuuk and Copenhagen some 3,500 kilometres away.

Scientists, however, have long worried about Greenland’s fate, given the amount of water locked into the ice.

The new study suggests the territory’s ice sheet will now gain mass only once every 100 years – a grim indicator of how difficult it is to regrow glaciers once they hemorrhage ice.

In studying satellite images of the glaciers, the researchers noted that the glaciers had a 50% chance of regaining mass before 2000, with the odds declining since.

“We are still draining more ice now than what was gained through snow accumulation in ‘good’ years,” said lead author Michalea King, a glaciologist at Ohio State University.

The sobering findings should spur governments to prepare for sea-level rise, King said.

Still, the world can still bring down emissions to slow climate change, scientists said. Even if Greenland can’t regain the icy bulk that covered its 2 million square kilometres, containing the global temperature rise can slow the rate of ice loss.

“When we think about climate action, we’re not talking about building back the Greenland ice sheet,” said Twila Moon, a glaciologist at the National Snow and Ice Data Center who was not involved in the study. “We’re talking about how quickly rapid sea-level rise comes to our communities, our infrastructure, our homes, our military bases.”