An appointment to the Order of Canada may be terminated by the governor general on the recommendation of an advisory council.

The notice does not include reasons for withdrawing Issaluk’s membership and Rideau Hall did not elaborate but said the advisory council “concluded that there were grounds for termination.”

Issaluk, who hails from Chesterfield Inlet, Nvt., was appointed to Canada’s highest civilian order in 2019.

At the time, the vice-regal’s office said Issaluk was chosen “for his contributions as an athlete, actor, educator and Arctic ambassador, who has increased the visibility of northern and Inuit culture.”

This report by The Canadian Press was first published Oct. 14, 2022.

Natural gas, electricity costs to spike in Canada this winter

Bank of Canada raises rate again to 4.25% — but opens door to staying there – CBC News

The Bank of Canada raised its benchmark interest rate by 50 basis points, to 4.25 per cent.

The move was widely expected by economists, who were anticipating a rate hike of either 25 or 50 points.

Canada’s central bank has raised its rate seven times this year in its fight to wrestle inflation into submission. In the process, the bank has taken its rate from 0.25 per cent to 4.25 per cent.

That’s had a huge impact on the rates that Canadian consumers and businesses get from their banks on things like savings accounts and mortgages.

In previous rate hikes, the bank made it clear that it would continue to raise its trend-setting rate until inflation came back to within the range of up to three per cent that it targets. As recently as October, the bank was saying it “expects” that rates will have to go even higher.

The month before, they said they “still judge” that rates would have to go higher. Even after announcing its biggest rate hike ever, of a full percentage point in July, the bank was saying it “continues to judge that interest rates will need to rise further.”

But Wednesday’s statement accompanying the rate decision was a clear departure from that tone, as the language shifted to a more neutral, wait-and-see approach.

The bank and its policy makers “will be considering” whether or not the rate has to go higher in order to bring supply and demand back into balance and return inflation to target, the bank said Wednesday.

For economist Royce Mendes at Desjardins, that’s a clear pivot. “Upcoming readings on the labour market, inflation and the central bank’s own surveys will dictate whether there’s more to come,” he said. “We now expect central bankers to officially communicate a pause at their January announcement, when they will have a fresh set of forecasts in hand.”

WATCH | Rate hikes leaving no money for anything else, homeowner says:

Rate hikes gobble up every penny of household spending

Rabia Shumayal of Mississauga, Ont. has seen her mortgage rate go from 1.9% to above 5% this year, which has forced her to cut out basically all other spending for her family.

Stopping the barrage of rate hikes is long overdue for people like Rabia Shumayal. She and her husband bought a home in Mississauga, Ont., during the pandemic, a decision she says she has since come to regret because of the rapid escalation in her mortgage costs.

“If they keep increasing the interest rate at this rate, I don’t know how I’m going to afford [my mortage] bill,” she told CBC News in an interview.

On the advice of her mortgage broker and others, she opted for a variable rate loan.

Her initial rate was 1.92 per cent, which resulted in a monthly payment well within her family budget. But rates have skyrocketed to more than five per cent since then, causing her mortgage payment to balloon to the point where it gobbles up every spare cent the family has, she said — and then some.

“My kids don’t have any extracurriculars because I can’t afford it,” she said. “Every single penny is going toward the mortgage.”

She bristles at suggestions that families can beat inflation by cutting back on expenses, such as the recent quip by federal Finance Minister Chrystia Freeland that families should consider cancelling their subscriptions to Disney+.

“I already don’t have one of those things,” Shumayal says. “And even if I had those, how would getting rid of $30 make up for $1,000 of an escalation of an interest rate?”

While she’s glad to have a home for her children, she’s angry that the bank seems committed to raising rates and punishing families like hers, despite the bank’s infamous 2020 pledge that “interest rates are going to be low for a long time.”

“I should punch myself on that decision,” she says. “Why did I listen to all these people?” 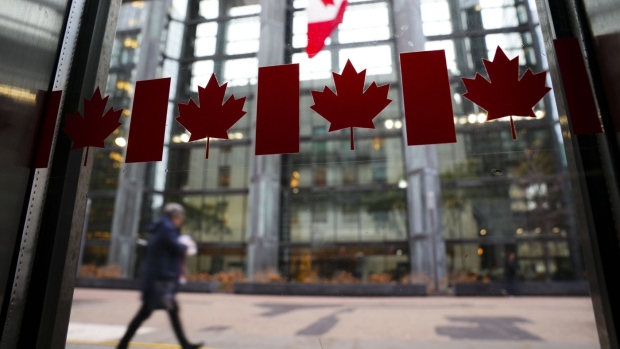 OTTAWA – The Bank of Canada is expected to raise its key interest rate today, making it the seventh consecutive time it does so this year.

The central bank will publish its rate decision at 10 a.m. accompanied by a news release that will provide insight into the reasons behind the governing council’s decision.

Forecasters are split on whether the Bank of Canada will raise its key rate by a quarter or half percentage point.

Market watchers will be paying attention to the central bank’s language for any indication on whether more rate hikes should be expected.

The Bank of Canada began raising interest rates in March in response to rapidly rising inflation.

After peaking at 8.1 per cent in July, the annual inflation rate has slowed to 6.9 per cent in October.

China and Japan should work together to build a bilateral relationship that meets the needs of the new era and jointly usher in a new era of development and revitalization for Asia, Chinese State Councilor and Foreign Minister Wang Yi said on Wednesday.

Wang, also a member of the Political Bureau of the Communist Party of China (CPC) Central Committee, made the remarks in his video speech at the opening ceremony of the 18th Beijing-Tokyo Forum.

He said China and Japan should honor each other with trust and stick to their political commitments.

Major and sensitive issues such as the history and Taiwan, which bear on the political foundation of bilateral ties, should be handled properly in particular and relevant commitments must be honored, he added.

China and Japan also need to support each other and pursue win-win cooperation, Wang said.

China will promote high-quality development, expand opening-up at a higher level and foster a new development pattern, Wang said, adding that Japan is welcome to share the opportunities brought about by China’s endeavors so as to promote common development and prosperity of the two countries.

Wang also called for deepening the friendship between the two countries.

Since the beginning of this year, the two sides have carried out a slew of commemorative activities for the 50th anniversary of the normalization of diplomatic ties, he noted.

“We should build on this momentum to promote friendly exchanges and improve national sentiment,” Wang said, urging the media of the two countries to play a positive role in this regard.

“China and Japan should adhere to principles and uphold fairness and justice,” Wang said.

He noted that, as important countries in Asia and the world at large, the two countries should shoulder their due responsibilities, step up communication and coordination, practice real multilateralism, promote regional peace, stability and integrated development, and jointly address global challenges.

Wang pointed out that the 20th National Congress of the CPC has charted the course and mapped out a blueprint for China’s development at present and in the future. Socialism with Chinese characteristics and Chinese modernization will surely inject more impetus into Asia’s stability and prosperity and make a greater contribution to world peace and development, he added.

“Looking forward to the next 50 years, we should make the right choice that lives up to our forefathers, work together to build a China-Japan relationship that meets the needs of the new era, and jointly usher in a new era of development and revitalization for Asia,” Wang said, adding that China is ready to work with Japanese friends from all sectors to make unremitting efforts in this regard.

Launched in 2005, the Beijing-Tokyo Forum is an annual event held alternately in Beijing and Tokyo. The forum serves as a high-level and large-scale interactive exchange platform between the two countries.

Bank of Canada raises rate again to 4.25% — but opens door to staying there – CBC News