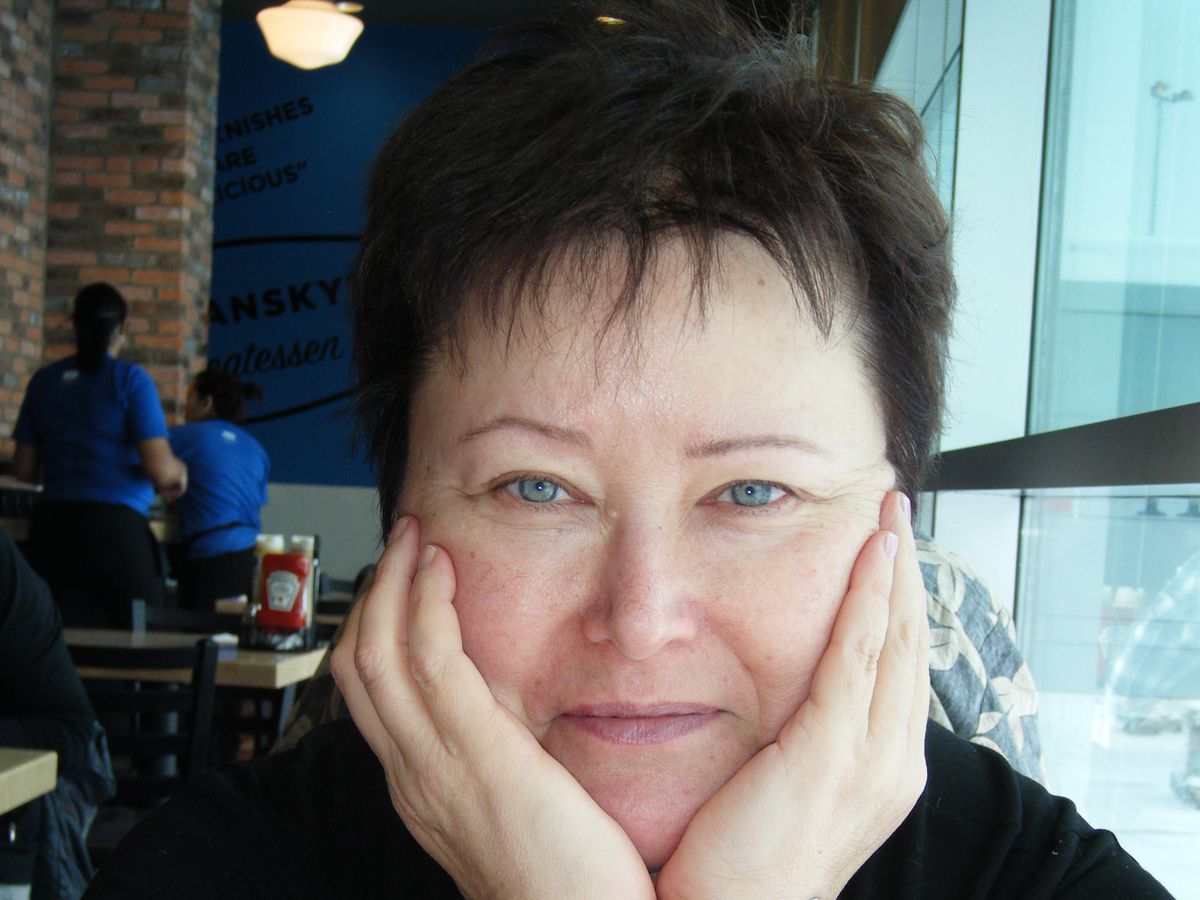 Judy Kondrat swore like a sailor, owned way too many shoes, loved turquoise jewellery and worshipped singer-songwriter Patti Smith. She also dedicated her life to making the world a better place for the most vulnerable.

She grew up in the Cliffside area of Toronto, a working class neighbourhood that felt more like a village. Kids ran home from school at lunchtime and the butcher and bakery were just up the street. But Judy was a born rebel and soon chafed at this idyllic lifestyle.

She was an excellent student who believed in social equality from a young age. As a teenager, she appalled her conservative parents by wearing white go-go boots and dating a guy who looked like a hippie and had a pet python. She had zero patience for parental rules and left home at 15. She dropped out of high school but returned to earn an honours diploma and a scholarship.

Two years after she left home, Judy’s father died in an accident. The loss drew the family back together. Judy’s only sibling, her younger brother Todd, remembers: “That’s when she and Mom became best friends.”

Judy never married or had children – she was too busy doting on a long line of beloved cats – but was a cherished member of her friends’ extended families. On holidays she’d make the rounds bearing thoughtful gifts and her famous bear hugs. While most people were partying in the kitchen, Judy would be in a corner talking to someone’s granny. She saw people overlooked by others.

She had a long career in adult literacy, community legal education and human rights. She was a fearless advocate and respected mediator. Her most public success was a travelling exhibit featuring her photos of injured workers, created in collaboration with the workers under the tutelage of documentary photographer Louie Palu.

In her off-hours, she loved impromptu trips to art exhibits, out of the way cafés, small Ontario towns and the Donkey Sanctuary. She’d zoom up in her little white car, wearing sunglasses, a bright scarf and streaks of purple in her hair yelling: “Road trip!”

Despite her quick laugh and open demeanour, she was a perfectionist and self-admitted “bossy boots.” Friends and colleagues knew to watch out for the steely glare that signalled her patience was at an end. You underestimated her at your peril.

She always had an art project on the go – quilting, book binding, stained-glass making, encaustic painting. She was musical, too. As a child, she played in the school band and in high school, she played the flute, then tried the cello, although her mother thought the pose was unladylike. As an adult, she sang in two community choirs and never gave up trying to play guitar.

Her mother died from pulmonary disease when Judy was 46. She was devastated but faced the loss. She was an atheist and briskly unsentimental, an attitude reflected in her cell phone ring: the old Doris Day song Que Sera, Sera.

A few years after her mother’s death, Judy discovered she had cancer. Independent to a fault, she brushed away offers to help; her emotional boundaries were firm, even with her closest friends. She’d rather help than be helped. When her 16-year-old nephew also got cancer, she dropped everything and left home for weeks at a time to support Todd and his family during the long months of treatment.

Shortly before she died, Judy travelled to New Mexico to celebrate two milestones – her 60th birthday and being cancer-free for five years. She was planning to retire and had just bought a new home in a small town.

On the border of one of her paintings, Judy wrote: “I long to soar but find myself bound to the earth.” She is surely soaring now.

To submit a Lives Lived: lives@globeandmail.com

Lives Lived celebrates the everyday, extraordinary, unheralded lives of Canadians who have recently passed. To learn how to share the story of a family member or friend, go to tgam.ca/livesguide. 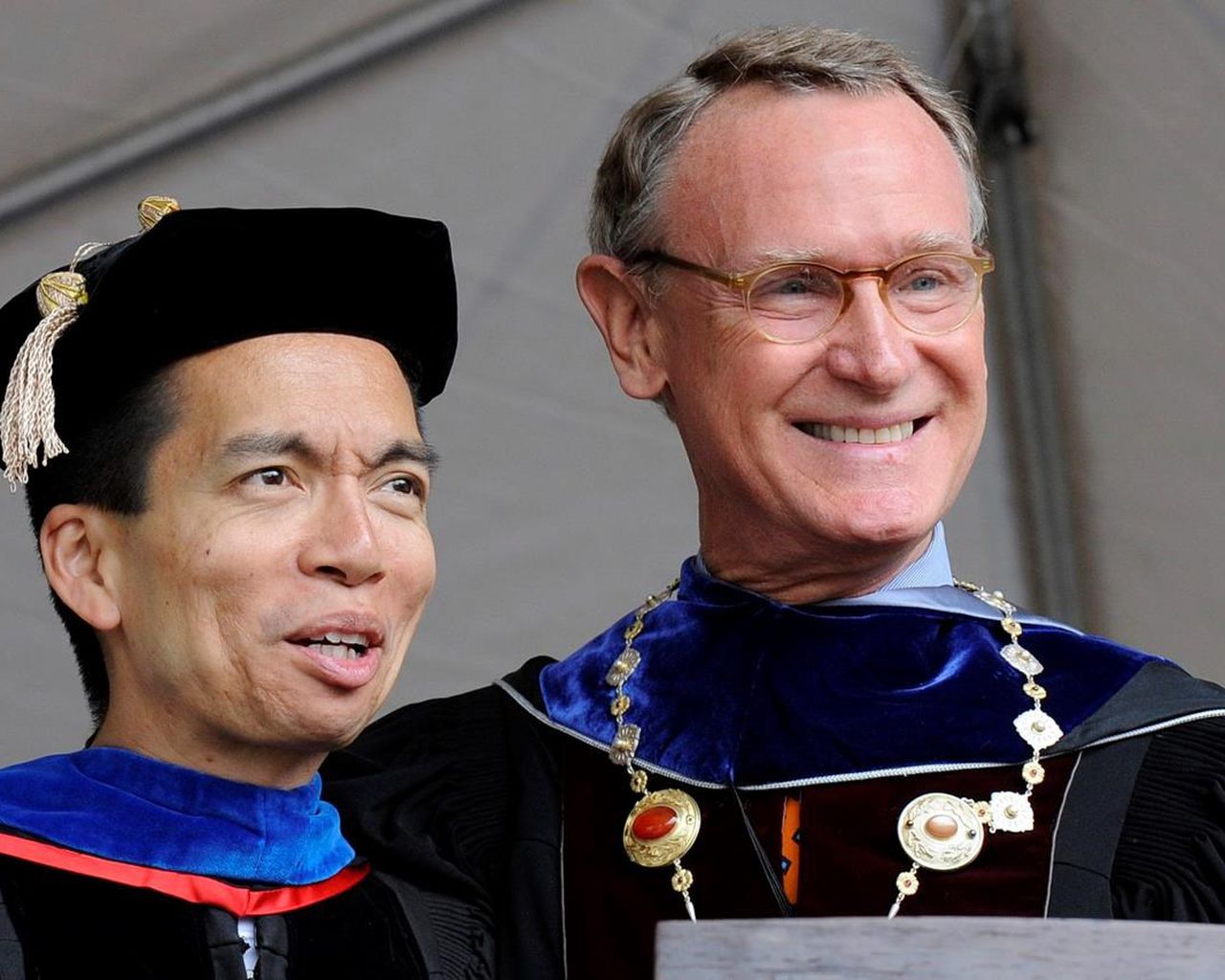 PROVIDENCE, R.I. – Roger Mandle, an internationally renowned art scholar and the former longtime president of the Rhode Island School of Design, has died, RISD said Tuesday. He was 79.

Mandle died over the weekend, the school said in a statement, without elaborating. A cause of death was not given.

Mandle served as president of RISD from 1993 to 2008. He was credited with helping modernize the school, one of America’s most prestigious four-year art colleges, and quadrupling its endowment to over $400 million. He previously served as deputy director of the National Gallery of Art in Washington, D.C.

A former member of the National Council on the Arts appointed by former Presidents Ronald Reagan and George H.W. Bush, Mandle helped shape and guide the U.S. art and design agenda.

“My mission, my vision, is to contribute to our humanity and quality of life and to make Providence and the Rhode Island School of Design a globally recognized centre of art, design and right-brained thinking,” he once said.

From 2008 to 2012, Mandle was executive director of the Qatar Museums Authority, overseeing more than a dozen museums, including the Museum of Islamic Art, the Qatar Natural History Museum and the National Museum of Qatar.

Later, he launched a consulting firm dedicated to assisting museums and universities in strategic planning, board and senior staff development and mentoring, and advice during important transitions.

“The American arts and higher education communities have lost a giant,“ Democratic U.S. Rep. David Cicilline of Rhode Island said in a statement, calling Mandle “an extraordinary man and a great civic leader.”

“His influence on generations of artists and others whose lives were made better through the arts will live on,” RISD President Rosanne Somerson said in a statement. 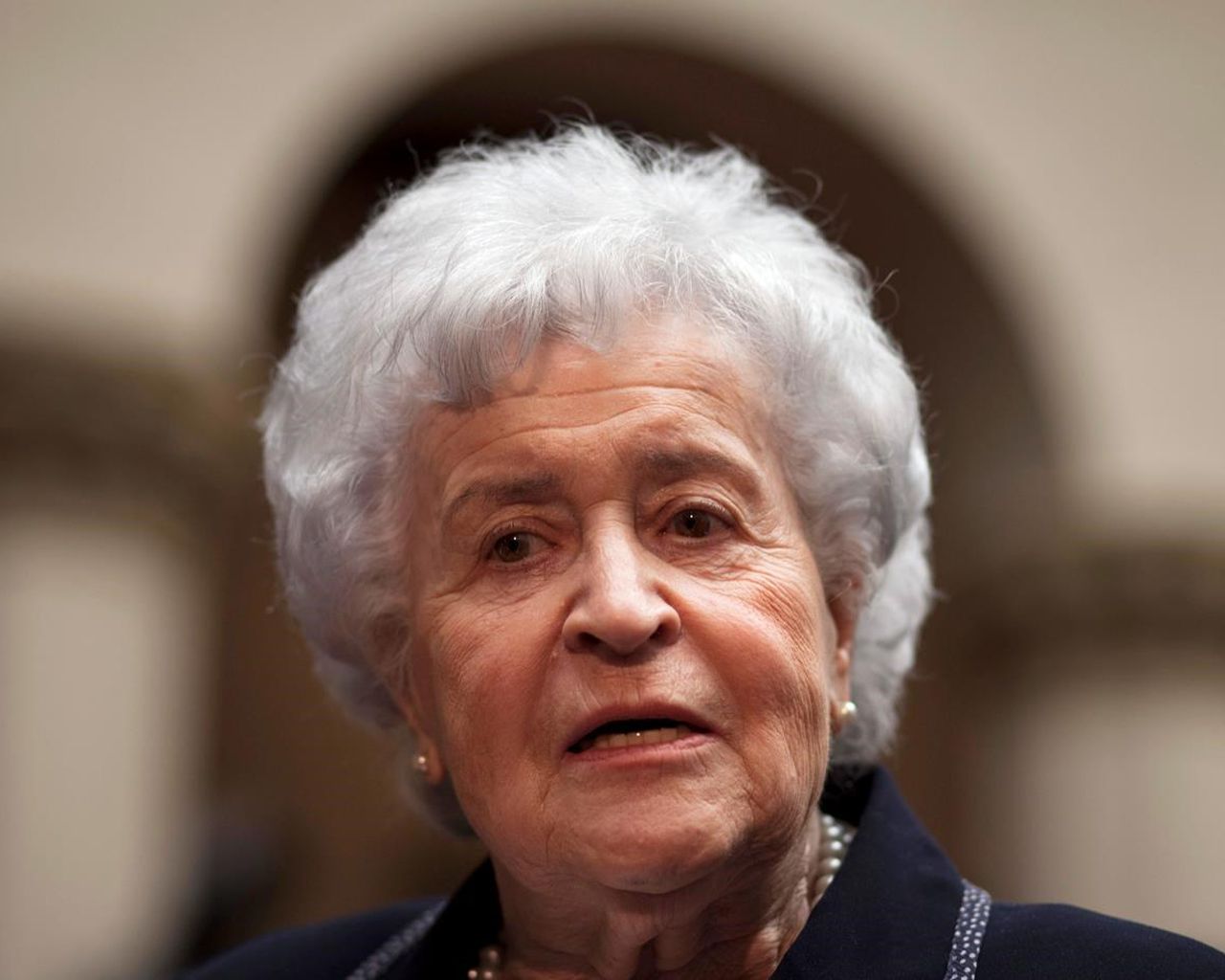 MOSCOW – Irina Antonova, a charismatic art historian who presided over one of Russia’s top art museums for more than half a century, has died at 98.

“We feel extremely fortunate to contribute our unique collection of art to an institution that will use it to both celebrate and educate,” said Guardian President and CEO George Mavroudis. “We feel it can make a larger and lasting impact on the heritage of our community by being transferred to the Agnes than it would if it remained within Guardian’s walls.”

Beginning in the 1970s, Guardian’s leadership built an extraordinary art collection, including paintings, sculptures, drawings, prints and textiles by Inuit and First Nations artists. Among the most renowned is Anishinaabe artist Norval Morrisseau, the founder of the Woodland School of art and considered by many to be a grandfather of contemporary Indigenous art in Canada. Among the important pieces is his “Sacred Medicine Bear,” iconic and much reproduced in print.

For the last several years, Guardian has been making plans to donate the company’s complete collection of 64 pieces. With experts on Indigenous art on its faculty and staff and with intentions to use the collection for research and teaching, including conservation studies, the Agnes at Queen’s was a natural choice as its new home. It will be housed there as the “Guardian Capital Indigenous Art Collection.”

“We’re honoured to receive this special collection, which provides opportunity both to celebrate Indigenous art and to underline its past, present and future importance within the artistic and cultural fabric of this country,” said Emelie Chhangur, Director and Curator of the Agnes Etherington Art Centre. “We are extremely grateful to Guardian for this donation, as well as the additional support they are providing through their forward-thinking Indigenous Art Fund.”

“We feel very fortunate to be able to share this incredible collection with our Queen’s community — students, faculty, staff, alumni and beyond,” said Karen Bertrand, Queen’s Vice-Principal (Advancement). “This art will inspire artists and scholars, and will bring all of us together to enjoy and explore both the past and future of Indigenous art in all its forms. It is such a privilege to bring this to a wider audience through the Agnes.”

The Guardian Capital Indigenous Art Fund will be used to support the collection through various means, including cataloguing and updating, presenting an inaugural exhibition and related discursive programming, and developing both printed and digital interpretative materials. This donation represents a significant gift to the institution and contributes to the longevity of these important artworks as well as Agnes’s own commitment to contributing to the history of contemporary Indigenous Art.

While it is Guardian’s hope that these donations will serve as an important contribution to Agnes, Queen’s and the surrounding communities, it is the Guardian Capital Indigenous Student Awards that have the potential to directly impact the next generation of Indigenous scholars and artists at universities and colleges across Canada. The awards will provide annual financial support to Indigenous students to pursue post-secondary education. The first submissions will be accepted in winter 2021, with the inaugural awards to be made in time for the fall 2021 semester.

“We are extremely proud to play a small role in helping students achieve their post-secondary dreams, when they might not otherwise have had the chance,” Mr. Mavroudis said. “These three initiatives are meant as a tribute to Guardian’s early leaders, who believed wholeheartedly in community and the importance of giving back. We hope they will have a positive impact for years to come.” Among those early leaders was Hunter Thompson, who assembled the Indigenous Art Collection on Guardian’s behalf during his years as a Guardian senior executive. In conjunction with Guardian’s donation, Hunter and Valerie Greenfield Thompson are generously donating Indigenous works of art from their own collection to the Agnes.

Guardian Capital Group Limited is a diversified financial services company founded in 1962. Guardian operates in two main business areas, Asset Management and Financial Advisory. As at September 30, 2020, Guardian had C$32.7 billion of assets under management and C$20.8 billion of assets under administration. Guardian offers institutional and private wealth investment management services; financial services to international investors; services to financial advisors in its national mutual fund dealer, securities dealer, and insurance distribution network; and maintains and manages a proprietary investment portfolio, which had a fair market value of C$552 million at September 30, 2020. Its Common and Class A shares are listed on the Toronto Stock Exchange; in 2019, Guardian celebrated 50 years as a listed company. To learn more about Guardian, visit www.guardiancapital.com.