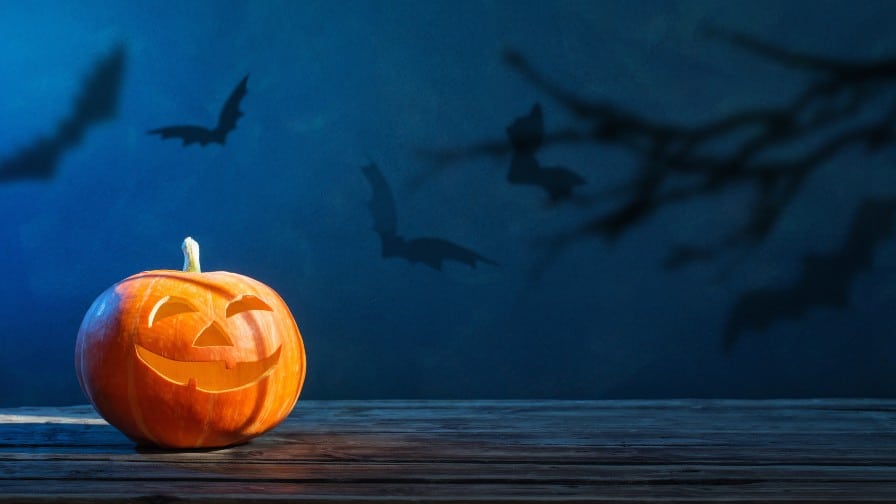 No less than a year ago, most investors viewed Air Canada (TSX:AC) as one of the best investments on the market. There was a good reason for that position. Air Canada was one of the best-performing stocks on the market with double-digit (and sometimes triple-digit) growth spanning back years. The company was renewing its fleet, adding new routes and profitable. Unfortunately, that’s all changed now. To be blunt, Air Canada is a scary investment, and not just on Halloween!

More than a decade ago, Warren Buffett famously commented on airlines. He alluded to their high costs and specialized needs, which continued to plague the industry. That position eventually gave way to the Oracle of Omaha investing heavily in several airlines. Once 2020 rolled around, he exited that position and has moved on to another intriguing segment.

Nobody can argue that 2020 hasn’t been an absolute disaster for the airline industry. Many of us may struggle to recall the segment prior to the onset of the COVID-19 pandemic, but it was already in decline. Remember the 737-max fiasco? In case you’re wondering, the plane is still grounded, and the FAA last month was calling for design changes to be made before the jet is reintroduced to passenger service. Air Canada has 24 737-Max aircraft in its fleet.

In other words, it could be at least a year before the airline is flying its max fleet again, and several years before the full impact of the pandemic is behind us. That’s also assuming that international governments open their airports to passenger travel, too. The uncertainty around the next two years alone makes Air Canada one scary investment.

Air Canada is a scary investment, but for how long?

To be clear, Air Canada is still operating during the pandemic, just on a reduced schedule with lower passenger volumes. This doesn’t bode well for results that continue to be anything but stellar.

In the most recent quarter, Air Canada moved just 4% of the passengers than it did in the prior quarter. That was the contributing factor in the airline posting a whopping $1.7 billion loss. The loss only adds to the $1.1 billion reported in the prior quarter this past spring. Fortunately, Air Canada still has the liquidity to weather this current storm.

To be clear, there’s little reason to doubt that the pandemic won’t end within the next year and that the worldwide economy (including air travel) will resume again. Air Canada has been through challenging times before, and it will continue to persevere. It’s just that based on the current market conditions, there are far better options on the market at the moment for investors. (even within the airline industry).

In other words, unless you’ve already backed up the truck on Air Canada and are holding on for the recovery, there are far better investments that are a lot less scary to be had.

WHAT in the world could be worth “35 Amazons”? The answer is a radical breakthrough that Wired says is “the rocket fuel of the AI boom.”

We encourage you to act quickly if you want to get in on this opportunity, because the story of the coming boom is already starting to leak out and this trend looks ready to take off.

Simply click on the link below to get more information.

Should You Be Adding Australian Ethical Investment (ASX:AEF) To Your Watchlist Today? – Yahoo Finance

By Daniel Leussink and Leika Kihara

Suga has made a green society one of his key policy priorities, pledging that Japan will aim for net-zero emissions by 2050.

The government should create a fund with a size “comparable to global standards” that supports companies investing in green technology, the Liberal Democratic Party (LDP) said in the draft proposal, without suggesting a specific figure.

“By deploying all policy means available, the public and private sectors must work together to achieve zero carbon emission in 2050,” it added, calling for deregulation and tax breaks to promote green investment.

The proposal also urged the government to take steps to promote electric vehicles and battery development, and called for expanding or creating new state-backed loan and loan guarantee schemes to support firms hit by the COVID-19 pandemic.

The proposal, subject to change after further deliberations within the party, is set to be finalised later on Friday. It will be presented to the government on Monday, a ruling party source said.

The LDP’s recommendations will serve as a basis for the government’s deliberations on a fresh stimulus package, which Suga has ordered his cabinet to develop.

The proposal suggests incentives to promote green investment will be among key pillars of the package, along with spending to cushion the immediate economic blow from COVID-19.

“It seems (the new package) will clearly be different from just providing support to cope with the pandemic,” said Takeshi Minami, chief economist at Norinchukin Research Institute.

“There will be an increasing number of measures with an eye on a post-COVID society,” he said.

With a resurgence in infections clouding the economic outlook, Japan announced on Friday it would extend until February next year a subsidy scheme that compensates companies for retaining jobs while temporarily closing business due to the pandemic.

Ruling party executives have called for compiling an extra budget worth around 20-30 trillion yen ($192-$288 billion), which will fund part of the stimulus package. 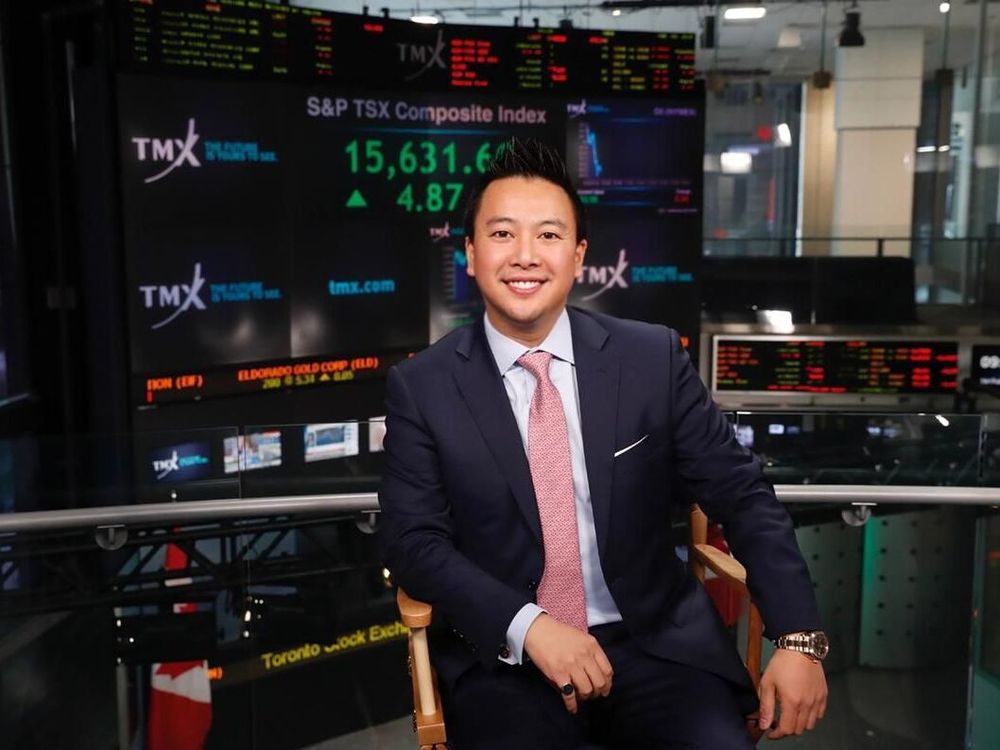 The PI Financial purchase loans were personally guaranteed by Ng, according to IIROC.

As security for the loans Ng granted security interest in Chippingham securities accounts, and later PI Financial accounts, which he said were owned by him and held tens of millions of dollars.

However, IIROC says Ng did not actually own, control or have trading authority over the securities accounts and he and Metcalfe falsified ownership and control of the collateral used to secure the loan.

Metcalfe perpetrated fraud as he directly and actively participated with Ng, said IIROC.

In 2019 and early 2020, Ng borrowed a further $40 million from the Canadian lender, also based on falsified collateral, said IIROC.

In 2019, Ng borrowed another $32 million from a third lender, also based on falsified collateral. 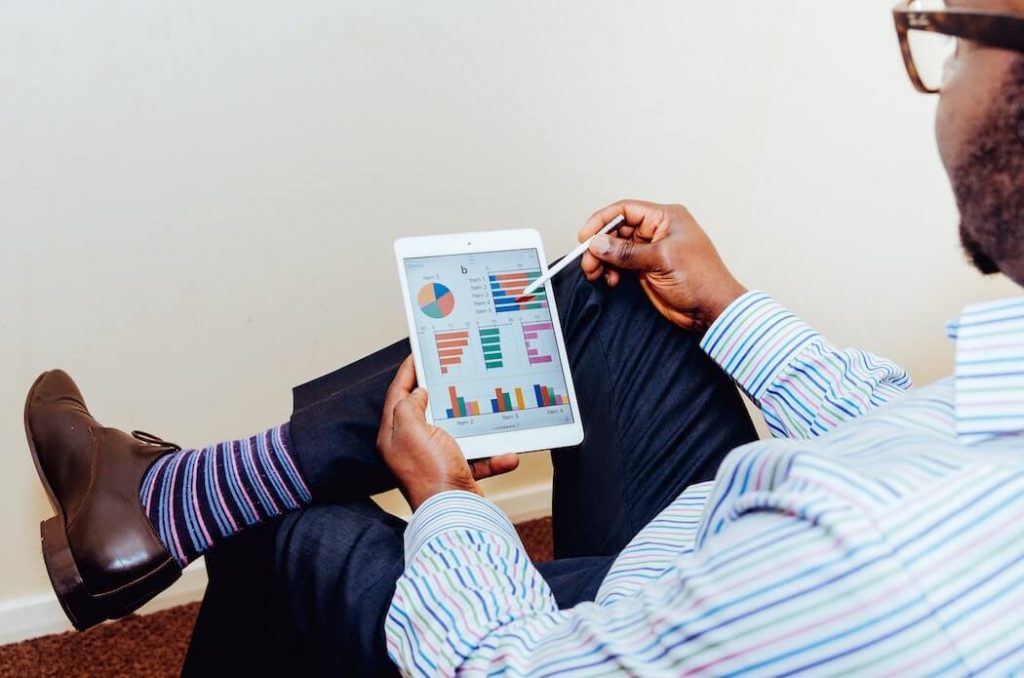 Venture capital investment in Canada took a major dip in the third quarter (Q3) of 2020, according to the Canadian Venture Capital and Private Equity Association (CVCA).

Investment in Q3 dropped by 63 percent year-over-year, with just $891 million across 126 deals (all dollar figures are in CAD). This is also 47 percent less than the total investments made in the second quarter (Q2) of 2020.

“The realities of COVID and the continued strength of valuations is apparent in the deal flow.”

CVCA CEO Kim Furlong attributed the decreased venture capital investment to the COVID-19 pandemic. “The realities of COVID and the continued strength of valuations is apparent in the deal flow,” she said, noting that Q3’s results are more aligned with the deal flow challenges created by the pandemic than those from Q2.

“The strength of Q2 was in many ways a combination of GPs further capitalizing their portfolio and the added capital injections of BDC and EDC matching programs,” said Furlong.

The second quarter of 2020, which was the first quarter that reflected the effect of the COVID-19 on the market, saw Canadian venture capital investment reach a record high – much to the surprise of industry leaders. In the quarter, $1.66 billion was invested across 145 deals, a 23 percent year-over-year increase and more than double the amount invested in the first quarter of 2020.

At the time, Furlong attributed the deal flow to stimulus and incentives from the federal government, as well as VC firms “doubling down” on investing in the “leading stars” in their portfolios.

Last quarter was also the second-biggest quarter for Canadian venture capital investment over the last number of years, only beat out by Q3 2019, which marked the highest dollar amount ever invested in Canadian companies ($2.48 billion).

A direct correlation can be made between Q3 2020 and Q3 2019, as both quarters saw 126 deals, though with notably different dollar amounts invested.

Much like Q2 2020, the third quarter continued to see the largest amount of capital going towards later-stage deals. Later stage represented 45 percent of the total investment with $1.6 billion over 57 deals. Early-stage received 42 percent of investment, while eight percent went to the seed stage.

The data shows a noticeable change in early-stage venture capital investment in Canada, when compared to Q3 2019. Despite the large number of later stage mega-deals last year, early-stage companies still received the largest portion of investments, with later-stage pulling in just 23 percent.

This reflects trends that have been seen throughout 2020 where investors are looking to bolster their portfolio companies, with limited investment in new and earlier stage companies.

Investment in the information, communication and technology sector remained strong, as did the regions that receive the most amount of capital. Ontario led the way, followed by Quebec and British Columbia.

An interesting juxtaposition to CVCA’s national report is the recent data from Hockeystick. Disclosure: BetaKit is a Hockeystick Tech Report media partner. In two reports published Wednesday, Hockeystick found that the Greater Toronto Area (GTA) and British Columbia (BC) had positive quarters for venture capital investments.

Following two disappointing quarters for venture funding of startups in the GTA, the region reached a yearly high. In BC, the tech ecosystem saw “robust venture capital deal activity” in Q3. Hockeystick’s report stated, “COVID-19 has not slowed down deal activity in the [BC] region, but its impact can be seen in the types of companies raising funds.”

Notably, Hockeystick’s data is sourced through exclusive partnerships with organizations like the CVCA and the National Angel Capital Organization, as well as data from startups using its platform and public data sources.

The CVCA also reported that private equity investment was down in Q3 2020, with $1.4 billion invested over 155 deals compared to $1.9 billion over 177 deals last year. The report stated that year-to-date private equity activity is tracking 25 percent below the four-year average in both dollars invested and deals.

Photo by Adeolu Eletu via Unsplash