OTTAWA — Senior civil servants from Alberta and Ontario left the impression at a public inquiry Thursday that Ottawa was not keen to come to their aid to deal with protest blockades last winter — at least, not before the invocation of the Emergencies Act.

Evidence and testimony at the Public Order Emergency Commission Thursday shed light on provincial responses to the blockades and on the interactions between federal and provincial officials as they grappled with the protests.

The public inquiry is tasked with determining whether the federal government was justified in triggering the legislation for the first time since it became law in 1988.

A convoy of 1,000 vehicles of all types drove to Coutts, Alta., on Jan. 29 to protest provincial and federal COVID-19 health restrictions, blocking the highway in both directions and halting the movement of trade.

The Liberal government invoked the Emergencies Act on Feb. 14, the same day RCMP in Alberta moved in to arrest protesters in Coutts. The prime minister argued the temporary and extraordinary powers were needed to end blockades in Ottawa and at border crossings, including another at Windsor’s Ambassador Bridge.

Justin Trudeau held a consultation with premiers before invoking the act, and notes taken by political staffers and submitted to the public inquiry detail their comments and concerns.

Handwritten notes taken by aides in the Prime Minister’s Office and Saskatchewan government say former Alberta premier Jason Kenney worried that triggering the emergency legislation would be a “very serious provocation” and a “net negative,” with RCMP checkpoints already a “magnet” for protest sympathizers.

The notes also appear to show Kenney said that while he had serious concerns about the Emergencies Act he would not “quibble” over its use if it was necessary. But after Ottawa made the move later that day, Kenney publicly declared his opposition, saying the act should be “used sparingly and as a last resort.”

Other premiers shared their concerns, too. The notes quote Northwest Territories Premier Caroline Cochrane saying she didn’t want blood on her hands and “I really don’t want to see bloodshed.”

The notes also say she supported emergency measures but wanted more consultation if the army would be involved, to which Trudeau responded that the military was a “last resort.” Alberta had asked for military help related to the Coutts blockade, but the federal government denied it.

Marlin Degrand, the assistant deputy minister in the Alberta solicitor general’s office, told the commission earlier Thursday that RCMP had the power to clear the convoy from the border, but it didn’t have the co-operation it needed to get the job done.

“If we were going to go and remove all of the protesters and remove the blockage, if the RCMP were to do that, that (towing capacity) would absolutely have to be in place,” Degrand said in his testimony.

Alberta looked all over the province, in British Columbia and Saskatchewan and even the United States, but tow companies refused to help. Some were sympathetic to the protest, while others were paid by protesters to stay out of it, Degrand said.

The province opted against declaring a state of emergency to try and force tow operators to help, and instead asked for federal help in a formal letter on Feb. 5.

The Liberal government never officially responded to that request, but did draft a letter to turn Alberta down on Feb. 12, the commission learned. The undelivered letter said the province had all the legal authority it needed to deal with the protest.

Degrand said he would agree that Alberta didn’t need any more legal authority; what it lacked were the tow trucks to pull it off.

Eventually, on Feb. 12, the federal government started a working group focused on securing tow trucks. But by that point, Alberta was already in the process of buying used tow trucks online.

On Feb. 21, Blair texted McIver to tell him that the Emergencies Act was effective at addressing “the tow truck issue.”

“You were too late and did the wrong thing,” McIver responded, telling the minister that by the time the state of emergency was invoked the Coutts blockade was already over.

“Saying nothing now would be better than not telling the truth.”

A spokesperson for Blair said in an email that the blockades were a serious threat to critical infrastructure and the economy, and the dismantling of the blockade in Coutts “did not end the threat in Alberta or anywhere else in Canada.” This meant the act “was necessary to make additional resources available to law enforcement as the threat persisted,” the spokesperson added.

Meanwhile, top public servant in charge of public safety in Ontario felt the federal government wanted to “wash its hands” of the protest in Ottawa that gridlocked downtown streets for nearly a month.

His impression was formed at a Feb. 6 meeting between city, provincial and federal representatives, when the prime minister’s national security adviser Jody Thomas asked whether the province would be looking to the federal government for help if the protest was not in the capital city.

“I didn’t think that was appropriate at all,” Ontario’s deputy solicitor general Mario Di Tommaso said during his testimony Thursday.

“They were on Parliament’s doorstep. They were in the National Capital Region.”

Di Tommaso said the protest in Ottawa could have been dealt with using powers afforded under the province of Ontario’s emergency declaration, though the federal powers were helpful and were used in Ottawa.

When asked by a commission lawyer whether the federal government should have done more, he simply said: “No.”

Notes taken by PMO staffers also show that Ontario Premier Doug Ford strongly supported the use of the act during consultations with the prime minister.

This report by The Canadian Press was first published Nov. 10, 2022. 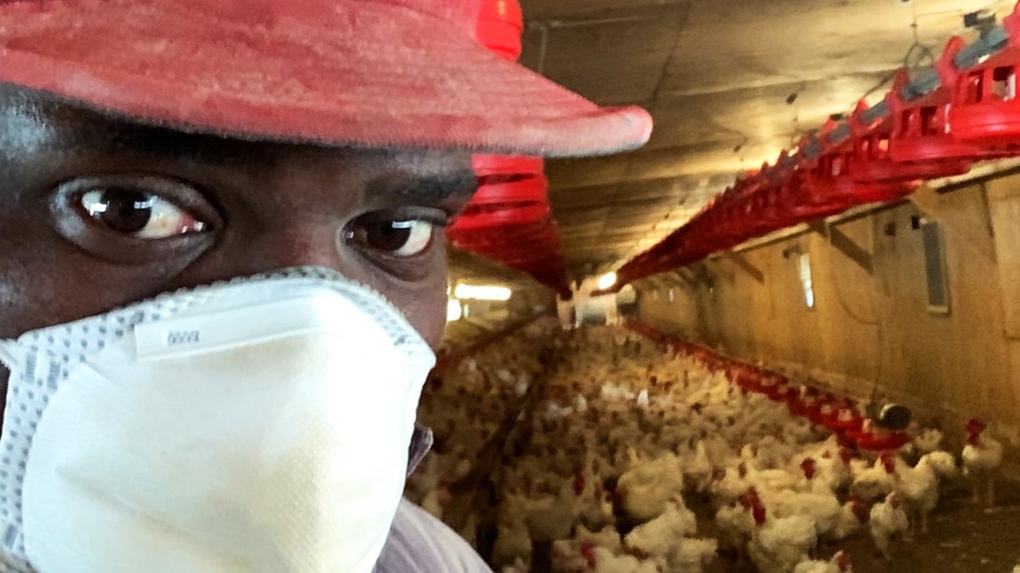