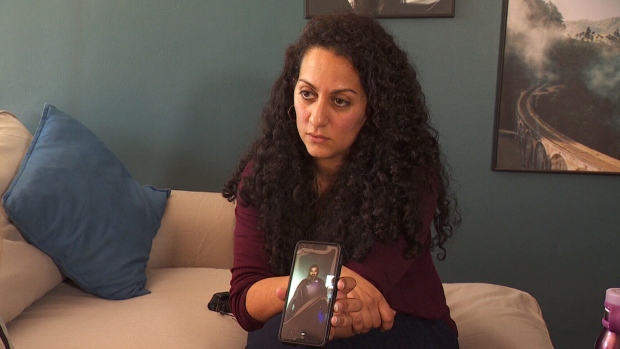 TORONTO —
The question of what to do with Canadians who left the country to join ISIS, and who are languishing in camps along the Syrian-Iraq border, is one that has haunted the federal government for years.

ISIS fighters, their wives, widows and children are scattered throughout camps in northern Syria or detained in prisons. It’s estimated that 35 women and children are in the Al-Roj camp alone, and eight Canadian men accused of being ISIS fighters are currently incarcerated in Kurdish prisons.

Last October, five-year-old Amira, who was living in Syria’s Al-Hol camp after losing her father and mother in an airstrike, was finally able to be reunited with her uncle in Canada. Amira was handed over by the Kurds to an official Canadian delegation at a Syrian border town.

Last week, former American diplomat Peter Galbraith travelled to northern Syria to collect a four-year-old Canadian girl after her mother released her from her custody in Al-Roj camp so she could live with her aunt in Canada. In this case, the Canadian government only assisted with the travel documents.

For Leila Sakhir of Montreal, watching those two children be repatriated is a painful reminder of her own two-year-old niece, stranded in a Syrian camp.

“I always think about her and her mother,” Sakhir told CTV News. “I have two daughters…and I think about her in her tent, such different conditions and it seems so unfair, so inexplicable.”

Sakhir is concerned that if she one day is able to get her niece out of Al-Hol camp, it may have to be without the child’s mother — “an impossible choice to make,” she says.

Sakhir’s brother Youssef was one of the several Quebec men who left Canada in 2014 and 2015 to join the ranks of ISIS overseas, where he eventually married a Moroccan woman and had a child.

“It was a real shock. It was a shock for my whole family,” Sakhir said. “We just could not believe it…I remembered I just fell to my knees.”

Youssef was killed in a 2019 bombing. One of the last photos Sakhir has of her brother is a picture of him and his baby girl.

Sakhir’s story was the subject of a documentary film entitled “Les Poussieres De Daesch,” or “The Dust of ISIS,” chronicling her journey to find her niece and sister-in-law in Al-Hol and then the short time she spent with them inside the camp.

And while Sakhir acknowledged that there is very little sympathy from the public for those who joined the terrorist organization, she told CTV News that Canada needs to step up and perform its duty for the sake of the children who are serving a sentence alongside their parents in the camps.

“They are not dealing with the situation right now,” Sakhir said of the federal government. “I think it is not Canadian, it is not what we imagine Canada would do – ignore them.”

Advocacy groups like Human Rights Watch (HRW) have repeatedly criticized Canada for “appearing to withhold effective consular assistance to detainees over their suspected links to ISIS,” which the group argues “could amount to unlawful discrimination.”

According to the HRW the “indefinite detention without charge of the Canadians amounts to guilt by association and collective punishment, prohibited under international law. The inhuman or degrading treatment in the camps and prisons may constitute torture,” and Canada is “failing to take adequate steps” to repatriate its citizens, the HRW said.

Extremism scholar at Queen’s University, Amarnath Amarasingam, told CTV News that the “moral thing to do from a rich first world country is to bring back people who are your citizens and charge them at home.”

Sakhir, reflecting on her brother’s actions, told CTV News that she lays blame squarely at his feet.

Government officials and Prime Minister Justin Trudeau have said little about the Canadian children and their parents held in these camps, continuing to maintain that the security situation in the region limits Canada’s ability to provide help on the ground.

Despite calls for change, Canada's RBC is one of world's top bankers to fossil fuel industry – CBC.ca