For most people in Ottawa, our first exposure to the work of surrealist artists Claude Cahun and Marcel Moore came with the current exhibit at the Ottawa Art Gallery.

Facing Claude Cahun and Marcel Moore opened last fall and features historic works by the couple, as well as new works by Ottawa-area artists that respond to their artistic legacy.

But Ottawa playwright Sarah Waisvisz discovered the pair almost 15 years ago when she happened to see a film about them while visiting a friend in New York City.

https://canadanewsmedia.ca/?s=OttawaNow her new play, Heartlines, inspired by the couple, has its world premiere at the 10th-anniversary edition of the undercurrents festival of independent theatre. This week also marks the final days of the OAG exhibit; it closes Feb. 9.

The film Waisvisz saw was Lover Other by American visual artist Barbara Hammer, and it explored the life and work of the French-Jewish lesbian couple that engaged in resistance against the Nazis in occupied France during the Second World War. Born in the late 19th-century as Suzanne Malherbe and Lucie Schwob, they adopted gender neutral pseudonyms for their pioneering art collaborations.

“I was totally mesmerized,” recalled Waisvisz during an interview at the OAG. “They were regular people engaged in acts of outrageous bravery, even though they had targets on their back themselves because they were Jewish and gay and making art that wouldn’t have been approved by the Fuhrer. They were essentially two middle-aged women making pamphlets using their own creativity and artistic talents, and they managed to terrify the Nazi regime. The Nazis thought it was a huge network of resistors wanting to overthrow the occupation.”

The film struck a chord with Waisvisz and her friend because they’re both Jewish, gay and French, but had never heard of Cahun and Moore. At the time, Waisvisz was a recent McGill grad with a degree in drama, trying to decide what to do with her life.

“To see this movie about gay Jews and activists really spoke to me because I didn’t know you could be gay and Jewish,” she said. “I was wondering which part of myself I had to give up so to see this film about people who managed to embody all of those aspects of their identity, where their art was never separate from their politics or their spirituality, I found to be really inspiring.”

Waisvisz, who’s 38, went on to complete a doctorate in English and is now an instructor in the English department at Carleton University, as well as a playwright and performer. Over the last five years or so, she wrote the play about Cahun and Moore, developing it from a 20-minute performance to a full-length, two-act piece starring Margo MacDonald and Maryse Fernandes, with a live score composed and performed by The PepTides’ Scottie Irving. It’s directed by Rebecca Benson.

“It’s a memory play but it’s also very much set in our present moment,” Waisvisz says. “There are little winks to the present throughout the play. We’re not making art in the tradition of realism, we’re making it in the tradition of surrealism. We’re more interested in it as an experience that makes you more aware of your reality rather than going off somewhere else in dreamland. I’m deeply interested in this notion that everybody here is trying to make the world a better place in whatever way they can.”

Her play is one of eight selected for this year’s festival of independent theatre. Undercurrents began in 2011 at the Great Canadian Theatre Company, eventually moving to Arts Court. More than 60 shows have been presented in the last decade, including 19 world premieres by Ottawa-area theatre artists.

Here’s a quick look at the other plays on the program. For complete details and showtimes, including information on the new pay-what-you-can-afford pricing model, go to undercurrentsfestival.ca. The festival runs to Feb. 15.

What to expect: A coming of age tale about a family forced outside the margins because both parents have disabilities.

What to expect: A solo comedy show about a horse-crazy girl.

What to expect: A clown show about Alzheimer’s.

What to expect: A love story about a gay man living with a disability in small-town Newfoundland.

What to expect: A satire about three women who wake up in an escape room and must find their way out.

What to expect: A slice of life in 1960s Ottawa when queer people in the public service were considered a threat to national security.

Kitt & Jane: An Interactive Survival Guide to the Near-Post-Apocalyptic Future

What to expect: This survival guide comes with choreographed dance numbers, live music and puppetry.

What to expect: A comic performance featuring original music, a live band, DIY video and absurd characters such as The Raccoon King of Toronto. 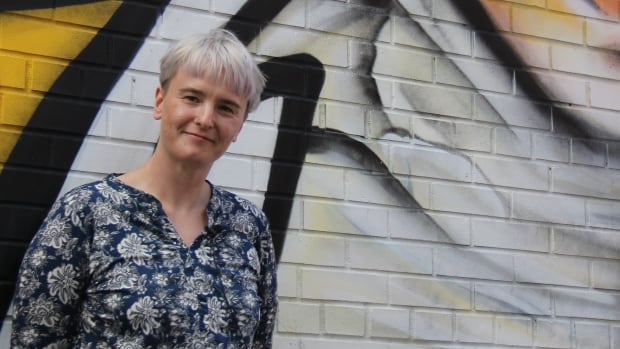