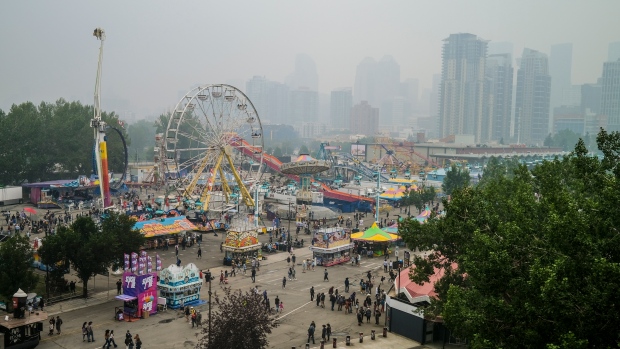 TORONTO —
The sky cleared across some parts of Canada early Wednesday and conditions were expected to improve further as the day progressed, amid warnings that the wildfire-induced haze will likely return before long.

“I think … the story, for the rest of the summer into August, is ‘smoke, smoke, smoke from coast to coast,'” Environment Canada senior climatologist Dave Phillips told CTV’s Your Morning.

There were no air quality alerts in place for southern Quebec or southern Ontario as of 9:30 a.m. EDT on Wednesday – a starkly different picture than 24 hours earlier, when most inhabitants of both regions were warned of potentially dangerous smoke and haze.

In the East, all of New Brunswick remained under an air quality advisory, with Environment Canada reporting that smoke from the wildfires in northern Ontario should leave the area later Wednesday.

The situation was very different in the West – though there, too, air quality was generally a little bit better than it was on Tuesday. Advisories remained in place for parts of northwestern Ontario, most of Manitoba and Saskatchewan, the Fort Chipewyan area in northeastern Alberta, and Thebacha Region in the Northwest Territories. In B.C., the air quality advisory expanded to include more of the province’s interior, including the Fraser Canyon.

“There’s still a huge area that is affected by this,” Phillips said.

Environment Canada’s Air Quality Health Index listed Winnipeg as the only major city in which air quality posed a high risk to human health as of 9:30 a.m. EDT on Wednesday. That category had included Edmonton, Regina, Montreal and Quebec City 24 hours earlier, while Winnipeg was at that time listed under very high risk.

The poor air quality was caused by drifting smoke from forest fires in the West and Ontario. The arrival of southerly winds had done much to improve the air quality situation, Phillips said, by pushing that smoke northward, away from major cities.

Meanwhile, parts of the North were under extreme heat warnings as a warm airmass brought unusually hot weather to some regions. Environment Canada was warning of daily highs just below 30 C for both Wednesday and Thursday in such communities as Old Crow, Yukon and the Northwest Territories’ Inuvik Region.

A typical late-July high in Old Crow is barely above 20 C; Wednesday’s forecast high of 28 C is higher than any temperature ever recorded in the community on any July 21.

The abnormal heat has also left Yukoners preparing for unprecedented flooding, as snowpacks are melting more quickly than normal under the stress of the sun. Sandbagging operations are underway along the Yukon River in Whitehorse, and evacuation orders have been issued for a handful of low-lying properties elsewhere in the territory.

Projections from Yukon Energy show that by August, water levels in the Southern Lakes Region will be 20 to 80 centimetres above where they were in 2007, which is the record high-water mark.

In most parts of Canada where smoke and haze continued to fill the sky, Environment Canada forecasts that conditions should clear by Thursday.

Phillips warned, however, that as long as fires continue to burn – there were nearly 900 of them across the country, as of Tuesday night – a change in weather could bring the smoky conditions right back.

“There may be a reprieve in one day, or two days – but hey, it’s coming back. You can’t extinguish those fires overnight,” he said.

More concerning, Phillips said, is how many fires are burning so early in the year. Wildfire activity in Canada tends to peak later in the summer – and with Environment Canada’s forecast showing warmer-than-normal temperatures for the rest of July and into August, conditions could be ripe for more fires to be sparked.

“My sense is [that] this is a story that is going to carry on, and we could see it maybe into September,” Phillips said.

Of course, heat alone does not cause wildfires or create the conditions for them to spread. There’s also the matter of moisture. A forest that has regularly been rained on doesn’t burn nearly as easily as one that hasn’t had a drop to drink in weeks.

That’s why the wildfire season in Western Canada has gotten off to such a busy start: lengthy spring drought left forests tinder-dry. When rain finally arrived, it also brought lightning – the spark that was needed to start the blazes.

The combination of heat and drought has had other consequences, too, including leaving Prairie farmers facing a difficult growing season.

“It’s deteriorating here rather quickly … almost to the point of having no production,” Brad Erb, a grain farmer in Oak Bluff, Man., told CTV’s Your Morning on Wednesday.

Erb said that he has not seen a summer this dry in more than 30 years. Most of his canola crop has been ruined; he hopes there will be enough rain to salvage the corn and soybeans.

Some ranchers have even run out of feed for their cattle, unable to bale a sufficient amount of hay.

“The situation there is pretty dire in terms of getting feed and water to the animals,” Erb said.

U.S. border to remain closed until at least Aug. 21 – CBC.ca 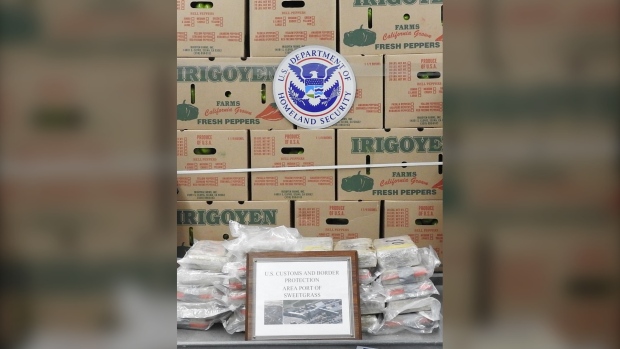 Art Bikers attempt to mend communities one stitch at a time – HalifaxToday.ca