BEIJING — Global stocks and U.S. futures rose for second day Tuesday on hopes for progress toward a possible coronavirus vaccine that might allow the world to revive manufacturing, shopping and normal life.

Market benchmarks in London, Frankfurt and Tokyo advanced while Shanghai closed lower. Japan’s benchmark Nikkei 225 has been trading at 29-year highs as shares rallied after Joe Biden was declared president-elect days after the U.S. presidential election. News about possible progress on a COVID-19 vaccine have pushed prices still higher.

Investors were enthusiastic after Pfizer Inc. said Monday early data on a vaccine under development suggest it might be it might be 90% effective at preventing COVID-19, though that doesn’t mean its release is imminent.

“This offers a ray of hope that the market did not hesitate to take advantage of,” Tai Hui of J.P. Morgan Asset Management said in a report.

On Wall Street, the future for the benchmark S&P 500 index rose another 0.3% and that for the Dow Jones Industrial Average was 0.1% higher.

On Monday, the S&P 500 advanced 1.2% and the Dow surged 2.9% after Pfizer indicated the company and its partner, BioNTech of Germany, are on track to file an emergency application for use of their vaccine with U.S. regulators.

The Shanghai Composite Index lost 0.4% to 3,360.15 after spending most of the day in positive territory. Authorities said they have quarantined 186 people and conducted virus tests on more than 8,000 after a freight handler at the city’s main international airport tested positive for COVID-19.

No additional cases have been found, the city government said on its microblog Tuesday. It remains unclear how the 51-year-old man contracted the virus, which has largely spared the sprawling metropolis despite its dense population and strong international links.

Also Tuesday, China reported October inflation fell to its lowest level in a decade. That gives Beijing room to spend more or ease access to credit further to support an economic recovery that is strengthening.

The Philippines reported its economic output shrank by 11.5% from a year earlier in the quarter ending in September.

Markets were relieved by the resolution to extended uncertainty about the battle for the U.S. presidency. Over the weekend, Joe Biden clinched the final Electoral College votes to unseat President Donald Trump, though Trump has yet to concede.

Congress may be split between Democratic control of the House of Representatives and Republicans in the Senate. Investors appear to be hoping that might constrain a Biden administration’s possible moves on tax increases and regulatory changes.

Potential legislative gridlock also makes chances of a rescue package for the economy from Congress likely to be smaller than if Democrats had swept control of all of Washington.

COVID-19 vaccine will be a game changer, says top German economist – The Telegram

Ontario reported 1,708 new cases of COVID-19 on Sunday and 24 new deaths, as hospitalizations broke the 600-mark for the first time since the start of the second wave of the pandemic in September.

“Locally, there are 503 new cases in Peel, 463 in Toronto and 185 in York Region,” Health Minister Christine Elliott wrote on Twitter.

Provincial labs processed nearly 54,000 specimens in the past 24 hours, the third day in a row more than 50,000 results were processed.

Sunday’s tests generated a positivity rate of 3.7 per cent, higher than Saturday’s 3.4 per cent and the same as on Friday.

There are now 13,779 active cases of novel coronavirus infection in Ontario, up from 12,918 one week ago.

A total of 3,648 people have died of infection since early March, and 97,319 people have recovered from illness.

One-hundred and sixty-two people have died of infection in the past week.

Seven of the 24 people who died on Sunday were residents of the long-term care system.

The province said 586 people were in hospital due to COVID-19 symptoms on Sunday, down 11 from Saturday, but could not provide a breakdown of intensive care and ventilated patients.

A count of data from local public health units and hospital networks found 601 people in hospital for treatment of COVID-19 symptoms on Sunday, the highest number found since the start of the second wave. 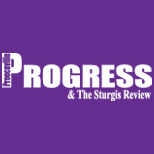 The federal government is laying plans for the procurement and distribution of COVID-19 vaccines, inking contracts with seven potential manufacturers and saying six million doses could arrive in the country in the first quarter of 2021. The most recent development from Ottawa came Friday when Prime Minister Justin Trudeau tapped former NATO commander Maj.-Gen. Dany Fortin to lead the national distribution effort. But various provinces have started spelling out their plans as well. Here’s a look at what they’ve said so far:

The province’s chief medical officer of health says he will release a detailed plan for the distribution of a COVID-19 vaccine once Ottawa shares more information.

Dr. Robert Strang said Friday there is no certainty yet about the availability of a vaccine, but expressed hopes an initial supply will trickle into Nova Scotia early in the new year.

Strang said a detailed provincial plan, to be released once the federal government has shared more specifics on its end, will include tight control of the supply and clear rules dictating who can be first in line for immunization.

He said he’s waiting for more federal guidance on issues ranging from priority groups to transportation and storage logistics.

The province will be ready to start rolling out its vaccine plan as of Jan. 1, say senior politicians.

Premier Francois Legault said Thursday that public health officials have already settled on the list of priority vaccine recipients, but did not release details.

Legault said the province is also working to put the necessary infrastructure in place to support a vaccine rollout. That includes obtaining fridges capable of maintaining the extremely low temperatures needed by one of the most promising potential vaccine options, currently in development through pharmaceutical giant Pfizer.

Premier Doug Ford is among those leaders calling on Ottawa to provide more clarity as officials scramble to develop a provincewide vaccination strategy.

Early speculation on the number of doses the province could receive was put to rest earlier this week when federal Health Minister Patty Hajdu said such details were still in the works.

But Ford has forged ahead, naming former chief of national defence Gen. Rick Hillier to oversee the province’s vaccine rollout.

Hillier said on Friday he hopes to have a plan developed by year’s end, while Ford urged Ottawa to provide detailed information on potential vaccine delivery.

“We need a clear line of sight into the timelines of the shipments,” Ford said.

The province’s top medical official has said she expects to receive 680,000 doses of COVID-19 vaccine early in the new year, a figure not yet confirmed by the federal government.

Dr. Deena Hinshaw has also said a number of hurdles and unknowns remain as the province works to devise its vaccination scheme.

“These (vaccine) numbers, of course, depend on many factors,” Hinshaw said on Nov. 18. “They depend on the final pieces of the trials that are underway going well. They depend on ensuring that the safety and the effectiveness of the early vaccines can be assured. All of those checks and balances must be cleared.”

On Friday, Hinshaw said the province is working with Ottawa to get vaccine, but it is “a bit of a moving target” on when vaccines might be available.

“But our goal is that whenever vaccine is available, we will be ready to start immunizing individuals on that highest priority list.”

Provincial health officials announced on Wednesday that a vaccine strategy for the province is already in the works.

Dr. Bonnie Henry, the province’s top doctor, said Dr. Ross Brown of Vancouver Coastal Health will join the group working to organize the logistics around the distribution of vaccines.

Henry said front-line workers as well as those in long-term care homes will likely have priority for vaccinations.

She cautioned that while the province has contracts with vaccine makers, there can be challenges with offshore manufacturing.

“It’s very much focused on who is most at risk and how do we protect them best,” Henry said. “There’s a lot of discussion that needs to happen.”

Henry said the province hopes to have vaccines in hand by January.

Premier Sandy Silver told the legislature on Wednesday that the territory has been in discussions with various levels of government on a vaccine rollout plan.

He said the goal will be to provide vaccines to elderly people and health-care providers.

Silver said rural and remote communities should also get priority status in northern regions, a fact he said he’s emphasized with federal authorities.

The premier said he has joined the other provincial and territorial leaders in pushing for a national strategy to distribute the vaccine.

“How confusing would it be for 13 different strategies right across the nation?” he said.

Silver said the Pfizer vaccine could cause logistical problems for remote communities because of its cold-storage requirements, but those issues may not apply to other vaccines under development.

This report by The Canadian Press was first published Nov. 29, 2020.

Her assessment comes as case counts continued to soar in numerous provinces.

Ontario, meanwhile, logged case numbers just shy of Friday’s one-day record as it reported 1,822 new diagnoses in the past 24 hours.

Among those who died was a boy under the age of 10, officials said, though they offered no other details.

“If we continue on the current pace, our longer range models continue to forecast significant increases in daily case counts and estimate that there could be up to 10,000 cases reported daily by mid-December,” Tam said in a statement. “Right now, we have a window of opportunity to act collectively together with public health authorities to bring the infection rate down to a safer trajectory.”

Tam redoubled her calls for Canadians to heed public health advice, limit their social interactions and practice physical distancing in a bid to bring surging case counts under control.

This report by The Canadian Press was first published Nov. 28, 2020.