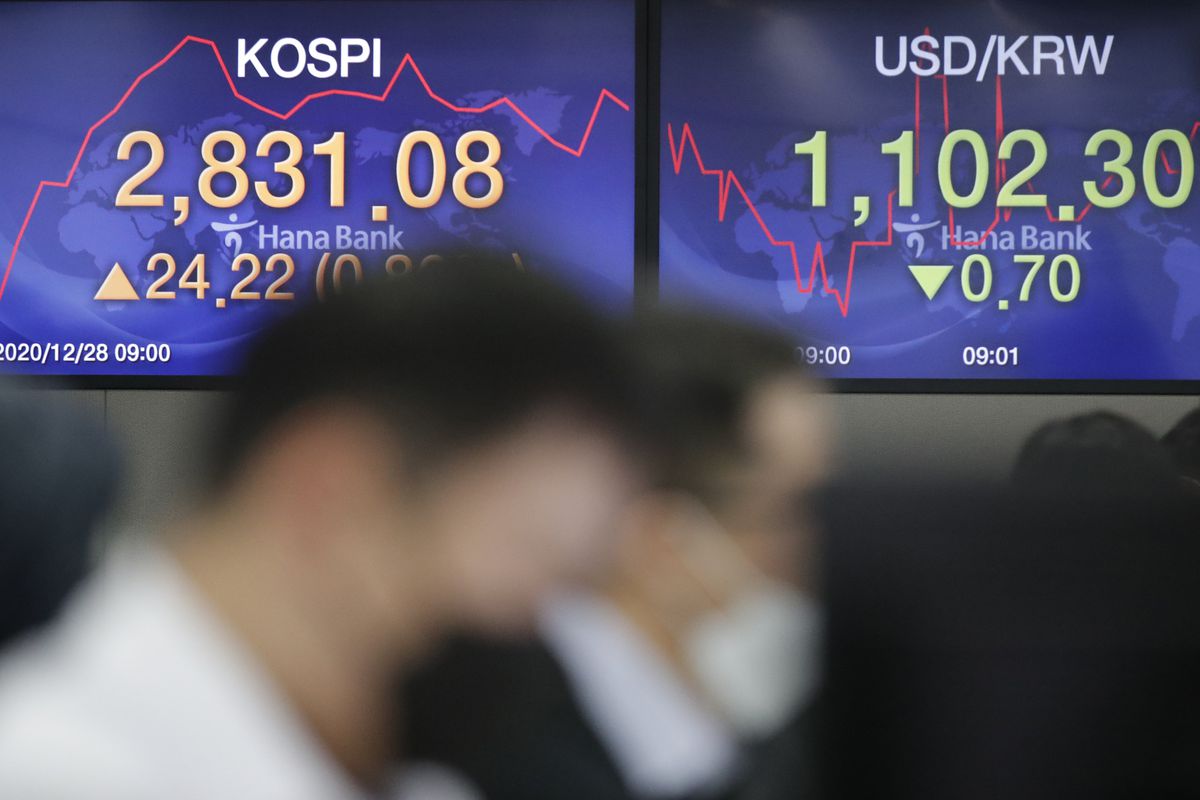 President Donald Trump reversed course on Sunday by signing a $2.3 trillion fiscal relief and spending package into law, heading off a potential government shutdown and setting the stage for Democrats in Congress to push for more robust $2,000 direct payments to millions of Americans.

“It’s a positive tone to the U.S. market and part of that is the signing of the stimulus package by Trump, which appeared to be in doubt but has finally been accomplished,” said Tim Ghriskey, chief investment strategist at Inverness Counsel in New York.

Britain reached a trade agreement with the European Union on Thursday, days before leaving one of the world’s largest trading blocs, and urged businesses to prepare for disruptions resulting from the completion of Brexit.

“The Brexit deal is big news, and a big relief because it’s dragged on for such a long time,” Ghriskey added. “And we have a deal that everyone accepts, it’s a good deal for everyone.”

The ongoing rollout of coronavirus vaccines also buoyed sentiment, with Pfizer Inc announcing that it expects to complete distribution of 200 million doses in Europe by September.

Markets in Britain and Canada were closed on Monday in observance of the Boxing Day holiday.

U.S. Treasury yields crept higher and the yield curve steepened, stoked by risk-on sentiment in the wake of the stimulus bill becoming law.

The dollar slipped against a basket of world currencies as the euro gained strength as investors began pricing out Brexit risk.

Gold pared its early gains as the dollar recovered its losses amid the stocks rally. 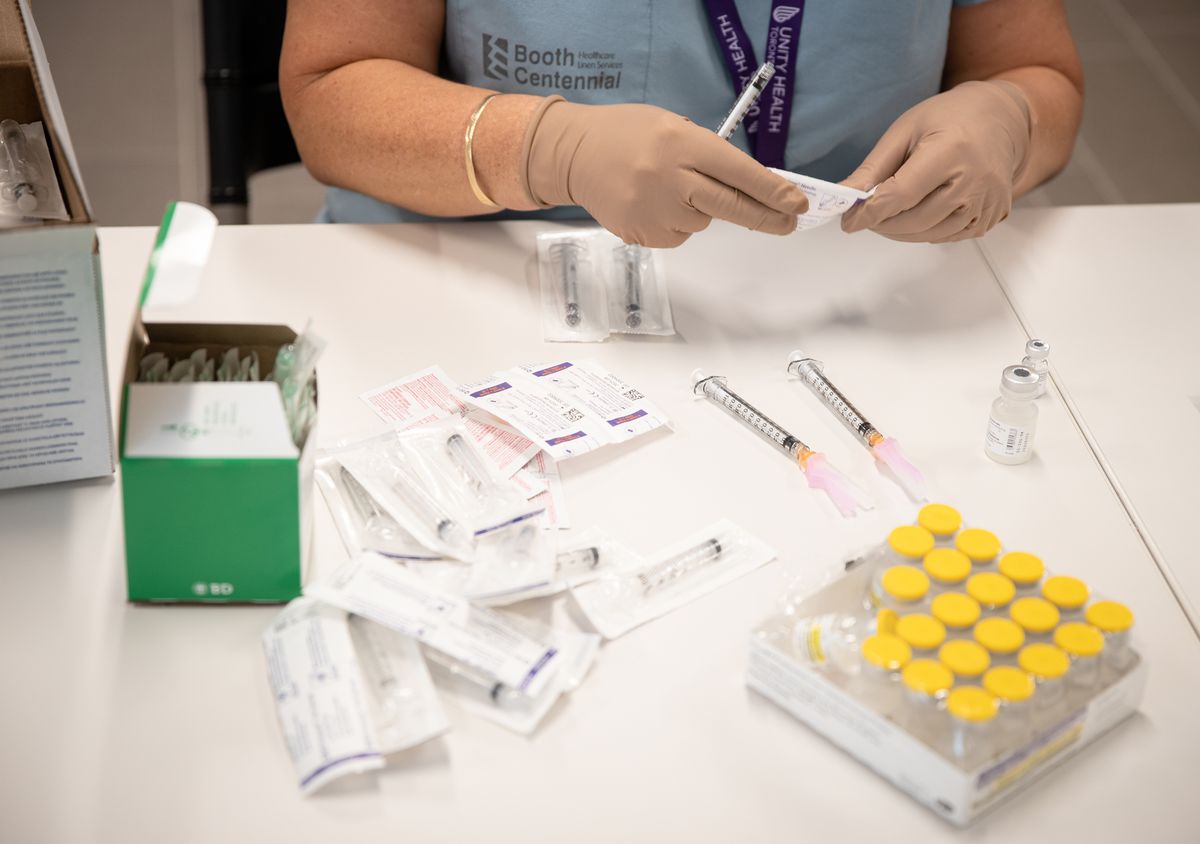 Provinces will not get a per-capita share of COVID-19 vaccine doses while the country grapples with a dramatic slowdown in shipments from Pfizer-BioNTech that continues to worsen.

Major-General Dany Fortin, who is leading Canada’s vaccine logistics, told reporters Thursday the delivery from Pfizer for the week of Feb. 1 will be cut to just 79,000 doses, amounting to a 79-per-cent drop. On Tuesday, he said Canada will get none of the 208,650 doses originally expected next week.

Last week, Maj.-Gen. Fortin said the country’s shipments from Pfizer would drop by 50 per cent over a four-week period and the company would make up the missed deliveries by the end of March. On Thursday, he said Pfizer has not yet disclosed what Canada’s shipment will be the week of Feb. 8, but so far the drop in deliveries amounts to a more than 60-per-cent cut.

“Despite this bump on the road, Pfizer continues to assure us that they’re on track to meet the total allocation of four million doses to Canada by the end of March,” Maj.-Gen. Fortin said.

Experts say the slowdown will have a double impact: in the short term, risking the ability of provinces to deliver the second shot on time, and in the long term, forcing a more cautious approach in the vaccine rollout as they hold back more vaccine to create a buffer against future delivery interruptions.

Last week Pfizer said it needed to slow production to retool its Belgian manufacturing plant. The company said the temporary slowdown would allow it to nearly double production capacity. The federal government initially said all countries would be equally affected by the slowdown, but Pfizer announced later that the supply to the European Union would return to normal on Jan. 25.

Late Thursday, the Prime Minister announced on Twitter that he had spoken with Albert Bourla, the chief executive officer of the American multinational. He said he spoke about the “timely delivery” of vaccines.

Other world leaders have said they are in direct contact with him.

When will Canada’s general vaccination for COVID-19 begin? The federal and provincial rollout plans so far

Can COVID-19 vaccines be combined? Do they work against variants? Pressing pandemic questions answered

Last week, the Public Health Agency of Canada told The Globe and Mail the slowdown would hit Canada between Jan. 25 and Feb. 21. On Thursday, it said it would instead affect Canada’s shipments between Jan. 18 and Feb. 14.

This week Canada had a 9 per cent cut to its deliveries, according to the Public Health Agency of Canada. Maj.-Gen. Fortin said the overall drop is minimal, but due to “shipping decisions made by the manufacturer,” some provinces would have a more severe impact.

Its on-the-ground implications have not yet been communicated to provinces. In an e-mailed statement, a spokesperson for Ontario Premier Doug Ford, Ivana Yelich, said the province needs the details “sooner rather than later so we can make further adjustments to our vaccine rollout plan after multiple changes to distribution numbers over a few short days.”

Mr. Ford told reporters Thursday he had spoken with the CEO of Pfizer Canada and told him, “Pfizer has let us down.” The Premier is hoping Pfizer will ship some of the doses from its Michigan plant north, but the first 100 million doses from that plant have already been promised to the United States.

Toronto Mayor John Tory said he has been in touch with Pfizer executives, but he wouldn’t disclose who and his office would only say they are outside the country.

With reports from Laura Stone, Jeff Gray and Oliver Moore

Sign up for the Coronavirus Update newsletter to read the day’s essential coronavirus news, features and explainers written by Globe reporters. 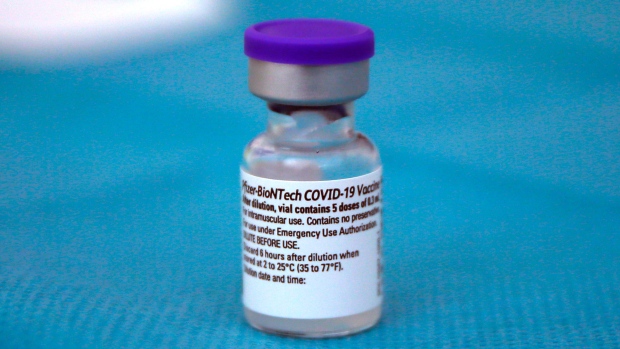 Why we're so excited for Resident Evil: Village and its very tall lady – it's the Eurogamer next-gen news cast! – Eurogamer.net