This question is part of an age-old debate between the two largest nations of North America. The societies of both Canada and the United States hold the view that their own country is the better place to live. Generally, neither country knows all the facts about what the other country has to offer. So, which is better: Canada or the United States?

According to the website numbeo.com, the cost of living is higher for Americans than for Canadians. The Numbeo Cost of Living Index estimates that consumer prices in Toronto are about 24.05% lower than in New York City, and Toronto’s rent price is approximately half the price of renting an apartment in New York.6 This Index looks at rent, groceries, restaurant prices, and local purchasing, which are all higher collectively in the United States ($ in USD).

Spending time with your children as they grow up can represent a great financial need of parents. How does each country support new mothers and fathers?

Canada has mandated leave and benefits. The government supports this through provincial employment insurance.7 The program includes both mothers and fathers. Benefits paid could be up to $595 per week.7

The United States is less progressive in this area. The U.S. offers some support under the Family and Medical Leave Act (FMLA). FMLA can allow for 12 weeks of unpaid leave.8 Individual states also have their own laws.

The United States has the highest healthcare costs in the world. Per capita, individuals can expect to pay approximately $11,172 annually.9 This compares to an annual average of $7,064 for Canadians.10

University can be another large expense in a person’s life and puts many students deep in debt. The United States tops the list for countries with the most expensive university costs, with Canada coming in fourth.11 The average annual tuition at a ranked, in-state public college in the U.S. is estimated at $9,687, while the average annual tuition at a private college was $35,087.12

According to the National Center for Education Statistics, undergraduate tuition, fees, room, and board were estimated to be $17,797 at public institutions, $46,014 at private nonprofit institutions, and $26,261 at private for-profit institutions.13 In Canada, the average annual tuition at a public college in 2020-2021 was $6,580 Canadian dollars.14

Montreal is the largest city in Quebec, Canada where many residents are bilingual, speaking both French and English. In fact, according to Census Canada 2016, 20% of Canadians claim French as their native language.

Both the United States and Canada are large countries spanning from the Pacific Ocean to the Atlantic Ocean coasts, meaning their climate and culture vary greatly by state or province. As a whole, the United States is more densely populated and warmer than Canada, being nearer to the equator.

Can I Live in Canada If I Am a U.S. Citizen?

As long as you apply for the right kind of citizenship—whether as a skilled worker, student, or unskilled worker—you can keep your U.S. passport while living up north.

Is It Cheaper to Live in Canada or the U.S.?

Overall, it is cheaper to live in a metropolitan city in Canada than in the United States. Of course, this depends based on the city you are looking at and your income tax bracket.

China is an “arch-criminal” intent on bullying Taiwan and has no right to oppose or comment on its bid to join a pan-Pacific trade pact, Taiwan’s government said in an escalating war of words over Taipei and Beijing’s decision to apply.

Chinese-claimed Taiwan said on Wednesday it had formally applied to join the Comprehensive and Progressive Agreement for Trans-Pacific Partnership (CPTPP), less than a week after China submitted its application.

China’s Foreign Ministry said it opposed Taiwan “entering into any official treaty or organization”, and on Thursday Taiwan said China sent 24 military aircraft into the island’s air defence zone, part of what Taipei says is an almost daily pattern of harassment.

In a statement late on Thursday, Taiwan’s Foreign Ministry said China had “no right to speak” about Taiwan’s bid.

“The Chinese government only wants to bully Taiwan in the international community, and is the arch-criminal in increased hostility across the Taiwan Strait,” it said.

China is not a member of the CPTPP and its trade system has been widely questioned globally for not meeting the high standards of the bloc, the ministry added.

China sent its air force to menace Taiwan shortly after the application announcement, it said.

“This pattern of behaviour could only come from China,” it said.

“We hope relevant countries appropriately handle Taiwan-related matters and not give convenience or provide a platform for Taiwan independence activities,” it said.

The original 12-member agreement, known as the Trans-Pacific Partnership (TPP), was seen as an important economic counterweight to China’s growing influence.

But the TPP was thrown into limbo in early 2017 when then-U.S. President Donald Trump withdrew the United States. 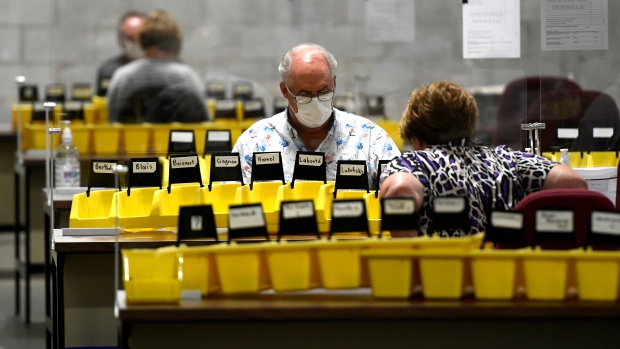 EDMONTON —
With an estimated record-setting price tag of $610 million, the 2021 election is the most expensive in Canadian history — at a cost of about $100 million more than the 2019 election.

After all of that spending resulted in little change politically, many are asking whether it was worth the money and where else those hundreds of millions of dollars could have been directed.

Indigenous organizations have criticized the election as being “unnecessary,” suggesting the money could have been better spent on clean drinking water initiatives, reconciliation projects, and mental health initiatives.

Child-care advocates have similarly suggested that the funds could have been used to propel the Liberals’ $10-a-day child-care promise. And many Canadians have spoken out, wishing the money had instead been spent on pandemic recovery.

Experts say that it’s not quite that clear-cut, as governments don’t have a set amount of money in their pot each year – and some say you can’t put a price on democracy, even in the midst of a global pandemic.

“Governments don’t have a ‘fixed, rigidly financed, precise’ amount of money in their pot each year. They roughly know revenues come in and expenditures go out. Sometimes they’re a little short and they just have a deficit, and then they print the money because that’s what governments do,” Lee told CTVNews.ca by phone Thursday.

“Budgeting, unlike for the average consumer, is not a zero-sum game – consumers, if they don’t have the money for something, you’re just out of luck. You don’t buy it. Governments don’t face that dilemma, especially the federal government.”

In other words, just because a certain amount of money million was spent on the election, that doesn’t mean there is the same amount less to spend on something else.

But as for the principle of calling a pricey election during the fourth wave of a pandemic, experts are split.

“For me – it is true that anytime the government spends money it could be spent elsewhere and the point of elections is to judge the government on how they spent money and the decisions they made,” Michael Johns, visiting professor in the Department of Politics at York University, told CTVNews.ca by email Thursday.

“There are far too many examples of things that could be funded and are not and other things that are spent that are problems.”

But Johns says he is uncomfortable with the idea that spending money on an election should be considered an issue, suggesting that those upset with the timing of the election should have reflected such in their ballot.

“Either way the act of voting and having our preferences registered matters and costs money. People could judge the government on its timing and vote accordingly but we should be very careful when we start making decisions about holding elections based on their cost.”

Duff Conacher, co-founder of Democracy Watch, a non-profit citizen group advocating democratic reform, has a different view, saying the money spent on the election could have been spent on “anything else.”

“The prime minister decided to hold an election even though 327 MPs voted against holding the election at the end of May,” Conacher told CTVNews.ca by phone Thursday.

“And he knew in calling an election that Elections Canada would have a right to spend any money it needed to run it, which ended up being more than usual because of the costs of, for example, buying one pencil for everybody.”

As for what that money could have been spent on instead, Conacher says the government should make those decisions based on what the large majority of the country needs – like health-care solutions during a pandemic.

“In terms of where the $600 million could be spent, there’s many areas where the health of Canadians is at risk or where Canadians want money spent – pharmacare, child care – the polls show the large majority want those in place,” he said.

Lee disagrees that it has to be one or the other, saying that “you cannot make the argument that because they spend $600 million on the election, that therefore some other spending item will be cut by $600 million.” 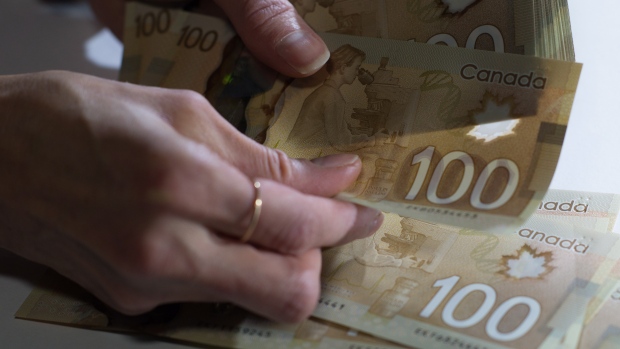 TORONTO —
Canada added seven billionaires in 2020, increasing its total to 53, tied for 12th-most in the world, up from 14th the previous year, according to a new global report.

The combined wealth of Canadian billionaires also tops US$100 billion, an increase of 4.5 per cent from last year.

In its latest billionaire census, Wealth-X, an ultra-high net worth (UHNW) data company, stated the number of billionaires in the world surpassed 3,000 (up to 3,204) for the first time in 2020, after an additional 670 individuals entered the billionaire class. The combined wealth of this group is now approximately US$10 trillion.

The share of wealth held by billionaires among the UHNW class, which is defined as those with a net worth of US$30 million or more, has also increased to 28 per cent, despite billionaires making up just one per cent of the UHNW population.

Seven of the top 15 billionaires in the world made their fortunes in the technology sector.

These are the top five billionaires by net worth as listed by Wealth-X:

Here’s a breakdown of the top 15 countries ranked by billionaire population and their combined wealth.

Aging, Art and the Modern Elder opens at the 1401 Gallery | Cranbrook – E-Know.ca

First Annual Art in the Park on Sept. 18 in Massey – Sault Star