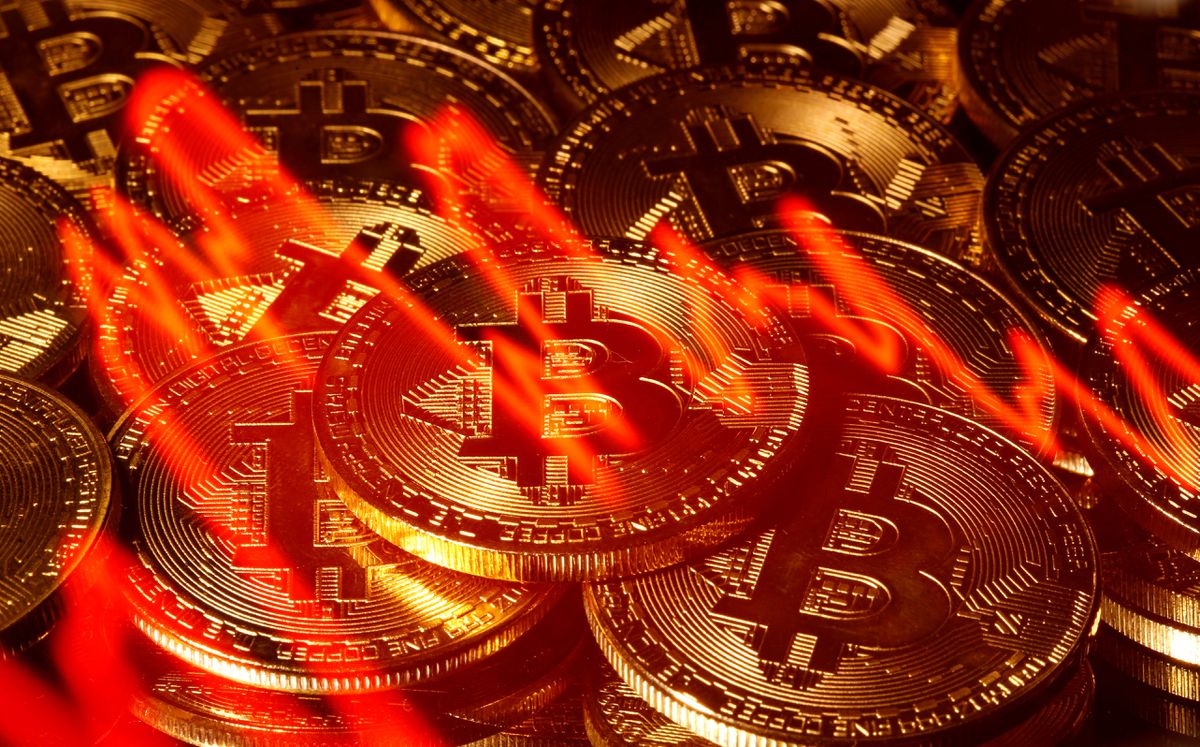 Celsius Network Ltd., which for years touted itself as the “world’s leading crypto earning and lending platform,” is freezing all withdrawals and transfers between its 1.7 million customers, as tokens such as bitcoin continue to plunge and investors rush to exit the digital asset market.

Citing “extreme market conditions,” the New Jersey-based company said in a blog post that a risk management clause about withdrawal obligations in its terms-of-use agreement has been activated indefinitely. That means customers are unable to pull their money out of Celsius, as the unregulated crypto exchange has decided to halt all transactions. As of May, the company held more than US$11-billion in assets.

“There is a lot of work ahead as we consider various options, this process will take time, and there may be delays,” Celsius said late Sunday. “Our ultimate objective is stabilizing liquidity and restoring withdrawals, Swap and transfers between accounts as quickly as possible.”

Major cryptocurrencies tumbled on Monday following the Celsius announcement. Bitcoin touched an 18-month low of $30,349. Ether dropped as much as 16 per cent to $1,585, its lowest price in two years.

While investing and holding cryptocurrencies remains the most common way of entering the digital asset market, many companies have also been offering customers avenues to earn interest on their investments in recent years.

These companies function much like traditional lenders such as banks or credit unions, but they lend cryptocurrency such as dogecoin, instead of a fiat currency such as the dollar. Investors get crypto dividends based on amounts that the companies lend to borrowers, and the lenders can take up crypto loans from different platforms.

Celsius is one of many such crypto lenders, and quickly became the most prominent. Founded in 2017, it has attracted major investors.

“Celsius is the world’s leading crypto lender with a strong management team that puts transparency and customer protection at the core of their operations,” Alexandre Synnett, executive vice-president and chief technology officer at the Caisse, said in a news release for its investment at the time.

But Jarrett Vaughan, a business professor at the University of British Columbia who studies blockchains and cryptocurrencies, said it’s hard to see how institutional investors will not be scared away from the market by the Celsius announcement. “With risk can come reward, so if you’re investing into a risky environment like crypto, you have to be aware of something like this happening. And hopefully, now, that’s a risk you’ll be more aware of,” he said.

The Caisse’s investment, in partnership with San Francisco-based venture capital firm WestCap Investment Partners LLC, placed a total value of US$3-billion on Celsius. Other investors in Celsius include Tether International Ltd., an issuer of tether, a stablecoin cryptocurrency pegged to and backed by the U.S. dollar.

WestCap and Celsius did not respond to requests for comment.

In a statement to The Globe and Mail on Monday, the Caisse defended Celsius. “In an environment of generalized market declines, investors are reducing their risk in all asset classes. In this context, Celsius has been impacted by very difficult markets in recent weeks, more specifically, the strong volume of withdrawals by customers,” wrote Kate Monfette, a senior spokesperson for the Caisse, adding that her team is “closely monitoring the situation.”

Ledn, a Toronto-based cryptocurrency lending company that works much like Celsius, has seen its digital assets under management grow to billions over the past three years. “I really hope this one-off item about Celsius does not lead to broad conservatism in the space, certainly not from investors,” said Adam Reeds, chief executive officer of Ledn, in an interview.

This is not the first time Celsius has faced scrutiny, however. Earlier this year, Celsius came under immense pressure from crypto market observers, who believed the company played a role in the dramatic meltdown of luna and terrasUSD cryptocurrencies. Celsius had disputed those claims.

Late last year, a month after the Caisse’s investment, Celsius chief financial officer Yaron Shalem was implicated in a fraud investigation by Israeli police. The company suspended him.

In a tweet on Monday, rival lending platform Nexo offered to buy qualifying assets from Celsius, calling it an “insolvency” that is causing repercussions for retail investors in the crypto community.

Nexo attached a letter of intent to its tweet, which mentioned its interest in the Celsius collateralized loan portfolio, but did not provide a price for its offer. 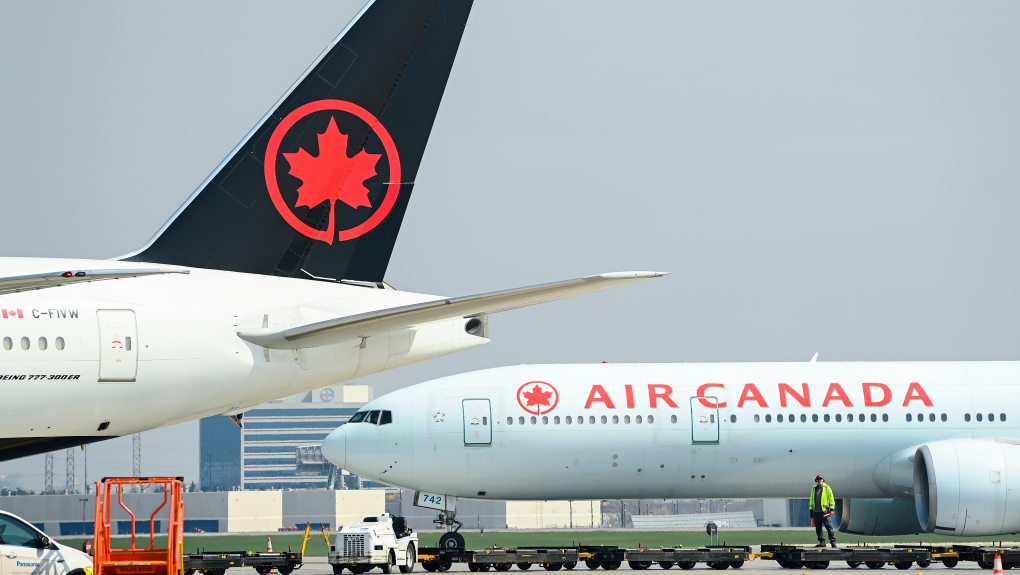 Air Canada is planning to reduce its flights in July and August, according to a statement from the company’s president, as the airline continues to deal with “customer service shortfalls.”

“Regrettably, things are not business as usual in our industry globally, and this is affecting our operations and our ability to serve you with our normal standards of care,” Michael Rousseau wrote.

The airline will be reducing its capacity as summer travel comes to a peak and pandemic-related restrictions on travel continue to lift.

In an emailed statement to CTV News Channel, an Air Canada spokesperson said the company will be reducing its schedule by an average of 154 flights per day for July and August. Prior to this change, Air Canada said it was operating around 1,000 flights per day. The routes most affected are flights to and from Toronto and Montreal airports. The changes will reduce the frequency of these flights, and will primarily affect evening and late-night flights on the airline’s smaller aircraft.

The spokesperson also said the airline will be temporarily suspending routes between Montreal and Pittsburgh, Baltimore and Kelowna, and Toronto and Fort McMurray. International flights will remain mostly unaffected, except for timing changes that the spokesperson said would reduce flying at peak times.

“To bring about the level of operational stability we need, with reluctance, we are now making meaningful reductions to our schedule in July and August in order to reduce passenger volumes and flows to a level we believe the air transport system can accommodate,” the statement reads.

While Rousseau acknowledges this will have a “negative impact on some customers,” he said he hopes giving this notice to the public of the airline’s reduced schedule will allow travellers to make other arrangements.

“We are convinced these changes will bring about the improvements we have targeted,” he said. “But to set expectations, it should also be understood the real benefits of this action will take time and be felt only gradually as the industry regains the reliability and robustness it had attained prior to the pandemic.”

Recent data shows that as we head into the summer travel season, more than half of all flights in and out of some of Canada’s major airports are being cancelled or delayed as the tourism and airline sectors continue to face staffing shortages.

On Wednesday, the CEO of the Montreal-Trudeau Airport – where Air Canada said it would be reducing some of its flights – told CTV News Montreal that the airport was already in discussions with airlines to reduce the number of flights.

“We’re having discussions and it’s likely the frequencies — the number of flights we’ll have on a given destination — or destinations themselves,” Philippe Rainville said, adding that a staffing shortage at the airport is causing issues, most notably in loading and unloading luggage from planes.

Toronto Pearson International Airport is experiencing similar issues, with videos circulating on social media appearing to depict hundreds of pieces of luggage piled up in the baggage claim area.

“I have had conversations with the four largest airports and the two largest airlines just on Thursday and I will be having follow up conversations with them soon,” Transport Minister Omar Alghabra said at a press conference on Wednesday. “They know that they need to add more resources and they are working on that and we are offering our support to address these issues. But these are unacceptable issues.”

Airline and airport workers say some of the big reasons behind the struggle to address the industry’s staffing shortage are that they’re not being treated well, and their pay is not sufficient for how difficult the job is.

“There are so many screening officers that have quit because of low pay and poor working conditions that the airports are severely understaffed,” David Lipton, representative of the United Steelworkers union in Ottawa, told CTV National News on June 19.

Lipton said some unions are offering screening staff hundreds of dollars a week if they don’t take a vacation or sick days. 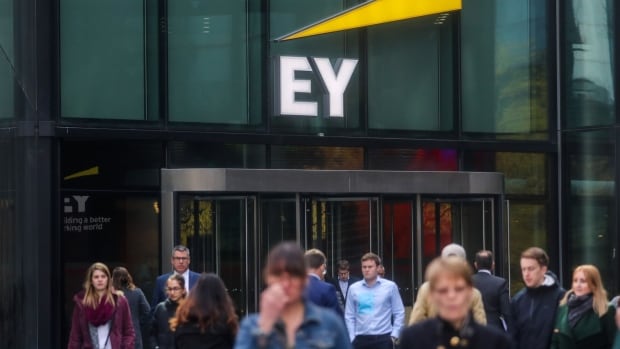 Accounting firm Ernst & Young will pay $100 million US to settle U.S. Securities and Exchange Commission (SEC) charges that its auditors cheated on certified public accounting (CPA) exams and that it misled the agency’s investigators.

The London-based auditor admitted to the charges and agreed to pay what the SEC said is its largest fine against an auditor.

“EY acknowledges the findings determined by the SEC,” said Brendan Mullin, EY media relations director, adding that the firm’s response has been “thorough, extensive and effective.”

“At EY, nothing is more important than our integrity and our ethics.”

The CPA is the key qualification for accountants in the United States.

49 people got test answers ahead of time

The Wall Street watchdog found that 49 EY professionals “obtained or circulated” answer keys to CPA licence exams, while hundreds of others cheated to complete the continuing professional education components relating to CPA ethics.

“This action involves breaches of trust by gatekeepers … entrusted to audit many of our nation’s public companies. It’s simply outrageous that the very professionals responsible for catching cheating by clients cheated on ethics exams,” said Gurbir Grewal, the SEC’s enforcement director, in a statement.

“And it’s equally shocking that Ernst & Young hindered our investigation of this misconduct,” added Grewal.

EY submitted to the SEC that it did not have issues with cheating when, in fact, the firm had been informed of potential cheating on a CPA ethics exam by a member of staff, the SEC said.

It added that EY admitted it did not correct its submission even after an internal EY investigation confirmed there had been cheating, and even after its senior lawyers discussed the matter with the firm’s senior management.

The SEC’s order also finds that EY violated a Public Company Accounting Oversight Board (PCAOB) rule requiring the firm to maintain integrity in the performance of a professional service.

The SEC has ordered EY to retain two independent consultants to help remediate its deficiencies. One will review the firm’s policies and procedures relating to ethics and integrity. The other will review EY’s conduct regarding its disclosure failures, including whether any EY employees contributed to the firm’s failure to correct its misleading submission, the SEC said.