Given BlackBerry branded devices have run Android since 2015, this likely didn’t affect many of our readers, but the renewed interest did raise an interesting question: whatever happened to that BlackBerry 5G we were promised back in 2020?

At the time the new custodians of the BlackBerry licence, OnwardMobility, said that the keyboard-toting device would arrive in the first half of 2021, and as the clock ticked ever closer to midnight on December 31, the company’s official site still had a “coming 2021” label on it.

Obviously, that deadline wasn’t met, but the sudden coverage of the missing device has awoken OnwardMobility from its slumber, and the company has offered an official statement. The new BlackBerry 5G is still coming; it’s just been delayed.

“To all of you who have patiently waited so long for updates from OnwardMobility, we are humbly aware that we owe you some form of communication as we enter 2022,” the company wrote in a blog post. “And to misquote Mark Twain, as so many do, ‘Contrary to popular belief, we are not dead’.”

No prizes for guessing the reasoning for the missed deadline: it’s all down to the “challenging” conditions of 2021 leading to “various delays”. But the company assures readers that it still plans to bring an “ultra-secure 5G enterprise smartphone” with a keyboard to market.

While the word “BlackBerry” doesn’t appear in the post, the name and branding still appears on the homepage, so we’re not expecting a sudden rebrand. In any case, we should learn more soon. OnwardMobility is promising “regular updates,” with the first coming this month.

It’s a pretty positive blog post, despite the headline acknowledging the elephant in the room: most people assumed another BlackBerry revival was dead in the water. But despite the upbeat tone, it’s hard to see a 5G BlackBerry making any significant inroads, whenever it appears.

There are a few reasons for this, but the main one is that the smartphone market is so ridiculously competitive that even established names struggle to get out of the single-digit sales market share. Sony barely registers, HTC is essentially out of the phone game and LG actively called it quits on a part of the business it could do longer justify.

Onward Mobility isn’t the first company to pick up the BlackBerry licence — TCL Communications released a number of handsets with the branding from 2017’s KeyOne to 2018’s Key2 LE. The licensing agreement ceased in 2020, and the fact that TCL didn’t rush to renew it speaks volumes.

That doesn’t mean BlackBerry couldn’t rise again in the right hands, of course, but the omens don’t look good, and there’s one more data point against its chances. For a while, Samsung produced cases with BlackBerry-style physical keyboards for its Galaxy S smartphones. The company hasn’t bothered with this line since the Galaxy S8, and the most likely reason is a lack of interest.

We’d love to be proven wrong, but we wouldn’t recommend putting money on BlackBerry becoming relevant again in 2022, even if it doesn’t seem quite as big a long shot as it did last week.

The Morning After: The best of CES 2022 – Engadget 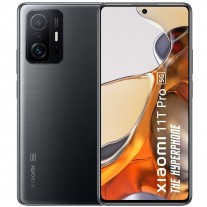 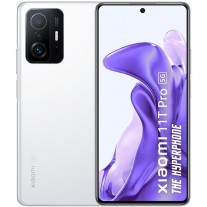 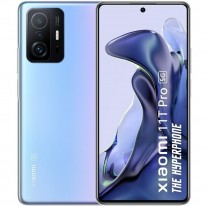