The latest World Economic Forum Chief Economists Outlook suggests a global recession is “somewhat likely” and the fallout will take its toll on inequality. Just this week, the OECD put out a similar message in its interim report, warning that recent indicators have “taken a turn for the worse”.

Chief Economists have been nearly unanimous in predicting wages to fail to keep pace with surging prices, with nine in ten expecting real wages to decline in low-income economies in 2022 and 2023, alongside 80% in high-income economies.

This will see a continuing deterioration of household purchasing power compounded by aggregate pressures on basic necessities such as food and energy.

Saadia Zahidi, Managing Director at the World Economic Forum highlights “Growing inequality between and within countries” as the “ongoing legacy of COVID-19, war and uncoordinated policy action.” She says, “With inflation soaring and real wages falling, the global cost-of-living crisis is hitting the most vulnerable hardest. As policy-makers aim to control inflation while minimizing the impact on growth, they will need to ensure specific support to those who need it most.”

We asked four chief economists who took part in the survey which policies they think will protect the most vulnerable and how this new economic reality might be steered to better prepare for the future.

The one change I would make to the global economy to better prepare us for the future would be to implement a global carbon pricing mechanism. The earth’s climate is the ultimate ‘tragedy of the global commons’: individual and collective incentives are misaligned, because the price of harmful economic activities does not accurately reflect the true social cost. It results in the over-production of carbon-intensive assets to the ultimate detriment of global welfare.

Pricing carbon emissions – or the internalization of their negative externality – is the first step to solve this ‘market failure’. Increasing their price, dis-incentivizes carbon emissions, while also generating public revenues to compensate groups negatively affected by the transition and/or fund public goods such as low-carbon energy infrastructure.

Such a carbon pricing mechanism would ideally be global in nature, to avoid regulatory arbitrage and cross-border carbon leakage.The principles of such a mechanism are textbook economics, but many more questions arise in practice, including how to determine the true ‘marginal external costs’. Naturally, it would be a discovery process and there would be glitches. However, if one does believe climate change is a threat and that it is caused by carbon emissions, pricing carbon (globally) must play a central role.

The various drivers of economic activity that were previously taken as a given will now warrant much more attention from businesses, investors and consumers. There will be five central tenets to this new paradigm: inflation, labour, supply chain, the cost of capital, and environmental, social and governance (ESG) and sustainability issues.

While the current focus is that inflation is hovering at multi-decade highs in many places around the world, there doesn’t appear to be a broad realization that inflation persistence and volatility are likely to be a key feature of the outlook over the next few years. As such, businesses will need to consider building a resilient and sustainable pricing strategy that is nimble enough to navigate a world where demand will ebb and flow more significantly than in the past few decades. Cost management and productivity gains will likely also have to be central to companies’ holistic inflation strategy.

In an environment, where talent is not just more expensive but is also perceived as more valuable and where pricing power will be limited by softening final demand, business executives will increasingly have to focus on productivity and efficiency gains to offset higher labor costs. This won’t be easy, but it will be central to their success.

Supply chain issues have been a central part of the inflation story of the last few years, and it would be misguided to believe that these issues will dissipate overnight. Businesses will need to build supply chain resilience while being aware of economic, geopolitical and political undercurrents.

The rise in the cost of debt has led business executives to put some investment plans on hold, while the large fluctuations in equity valuations have created a wedge between buyers’ and sellers’ perception of the true value of an asset. In addition, the significant US dollar appreciation against most other currencies has created a new set of considerations for multinationals having to hedge their international exposure and incorporate a new consideration into their organizational and portfolio decisions.

Over the last few years, businesses have increasingly focused on ESG and sustainability issues to create long-term value, develop a sense of purpose, and provide trust and confidence to the market. The last few months have brought about a sense of urgency to these developments.

The global inflationary crisis is having profound consequences on the well-being of populations around the world, especially in emerging and developing economies. Estimates for Latin America and the Caribbean suggest that food inflation could increase poverty rates by 1.6 percentage points and extreme poverty by 1.8 percentage points.

Policies should have a short term and long-term focus. In the short-term governments should provide transfers for the poorest populations to compensate increases in food prices. This helps to keep people from sliding into poverty and extreme poverty. Subsidies should be designed and funded carefully to avoid larger fiscal imbalances that could contribute to higher inflation rates.

A greater focus should be placed in climate change mitigating policies to ensure agricultural frontiers are not displaced further, and food supply is not restricted. At the same time, countries can avoid directing scarce fiscal resources to cover the costs of dealing with costly man produced natural disasters.

Access to good jobs is an integral part of both obtaining and sustaining quality of life and well-being. From a labour market perspective, policies which could dramatically benefit vulnerable populations include: skills-based hiring, pay and wage transparency, second chance hiring, accessibility tools and accommodations, and inclusive and unbiased hiring – to name a few. While some leaders look to a one-size-fits-all policy to address cost of living issues, the truth is this rarely results in the desired outcome. Instead, policymakers must consider both the broader, long-term picture, as well as the unique situation within industries, locations, and individual needs to help close these gaps.

As we face hardships ranging from increased cost of living, global warming, geopolitical tensions, etc., employment opportunity and protection for all is key to future prosperity. The micro and macro benefits of adequate, gainful employment enable an increased quality of life and well-being, opportunity for economic mobility, and benefits to both physical and mental health. Ultimately, on a global scale, we must identify and build on technology that is being used effectively to support workers and ensure that job mobility, continuous learning and access to information are widely available to drive employment opportunities and protection for workers.

What next for the global economy? 3 experts have their say – World Economic Forum 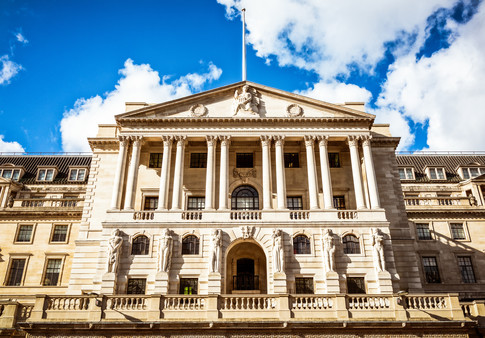 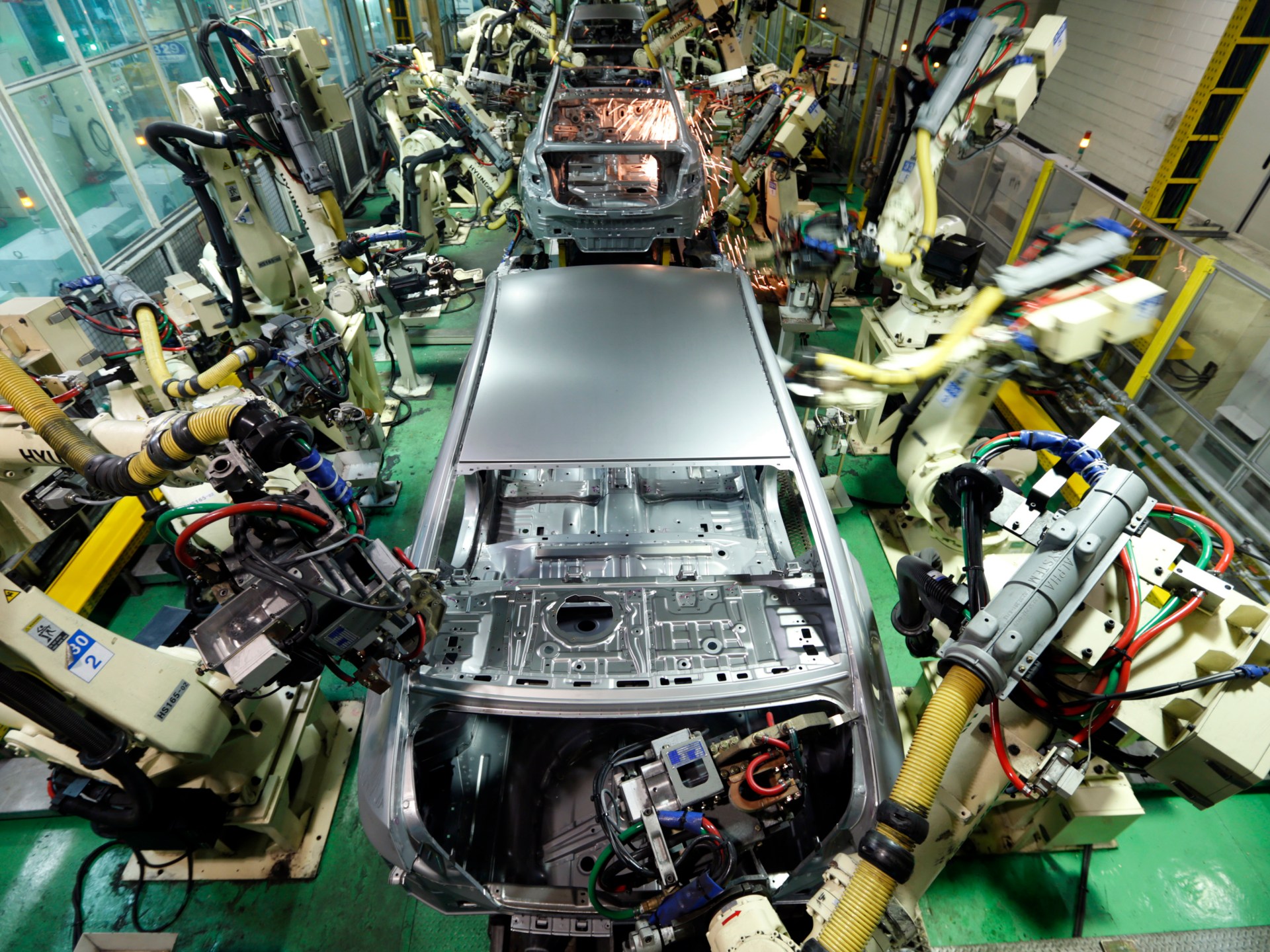 South Korea’s factory production fell for a second straight month in August, a warning sign for the global economy as it faces risks from the war in Ukraine to rising interest rates.

However, output for the services sector rose 1.5 percent on the month, while retail sales jumped 4.3 percent, the fastest gain since May 2020.

The figures follow a raft of data showing slowing factory output in other major Asian economies, including China, Japan and Taiwan.

South Korea, one of the world’s biggest manufacturers of cars, chips and ships, is seen as a barometer of the health of global trade as its companies span a vast swathe of the world economy.

South Korea’s exports, which account for nearly 40 percent of gross domestic product (GDP), are expected to slow sharply in September, with a survey of economists by the Reuters news agency predicting the slowest growth in nearly two years ahead of the release of official figures next month.

“This is certainly concerning for the domestic and global economy,” Min Joo Kang, senior economist for South Korea and Japan at ING, told Al Jazeera.

“The weaker than expected industrial production was driven by Korea’s main export items such as semiconductors and petrochemicals. This would have a negative impact on GDP for Korea for sure and also suggests global demand weakness. Usually it takes 4-5 quarters for semiconductors to come out of their downward cycle, thus the bottom hasn’t come yet.”

BC Wildfire Service warns season not yet over amid drought