BRASILIA — Brazil’s Economy Minister Paulo Guedes said on Friday that political conflict is contaminating the economy and overshadowing positive news on economic growth and the prospect of a much smaller primary budget deficit next year.

Guedes spoke to investors as the country’s political climate became even more tense after far-right President Jair Bolsonaro’s request to the Senate https://www.reuters.com/world/americas/brazils-bolsonaro-asks-senate-impeach-supreme-court-justice-2021-08-20 on Friday to impeach a Supreme Court judge. Critics have accused Bolsonaro of sowing doubts about Brazil’s voting system so he can question next year’s election results if he loses.

“There is much political noise – it is understandable, but it has to be reduced,” Guedes said.

Brazil can expect to see a budget surplus in 2023 as the economy begins to grow again, recovering from the COVID-19 pandemic, Funchal said.

But Funchal said fiscal uncertainty has been causing market turbulence in the past few weeks, with the real currency weakening against the dollar, as investors worry about the public debt and court-ordered payments the government owes.

Funchal said any increase in these liabilities is now the main challenge facing the Treasury, one that will hurt spending on social welfare programs and other government policies if it is not dealt with.

The 2022 budget that the Economy Ministry will send Congress will include the payment of 89 billion reais ($16.57 billion) in court-ordered obligations, and discretionary spending will have to be reduced to allow for that, Funchal said. Discretional spending is projected at 120 billion reais next year, Funchal added.

Funchal said the 2022 budget plan will allow 35 billion reais for the Bolsa Familia welfare program for Brazil’s poorest families, the same amount as this year.

Guedes said the program’s monthly payments to Brazil’s poorest families will be increased in 2022 to about 300 reais on average. Guedes assured investors in a webcast that this would remain within the constitutionally mandated spending cap. ($1 = 5.3711 reais)

(Reporting by Marcela Ayres; Editing by Jonathan Oatis and Will Dunham)

The cost of saving the global economy: US$834M an hour – BNN

Mexican president says economy should grow by at least 3.5% until 2024 – SaltWire NS 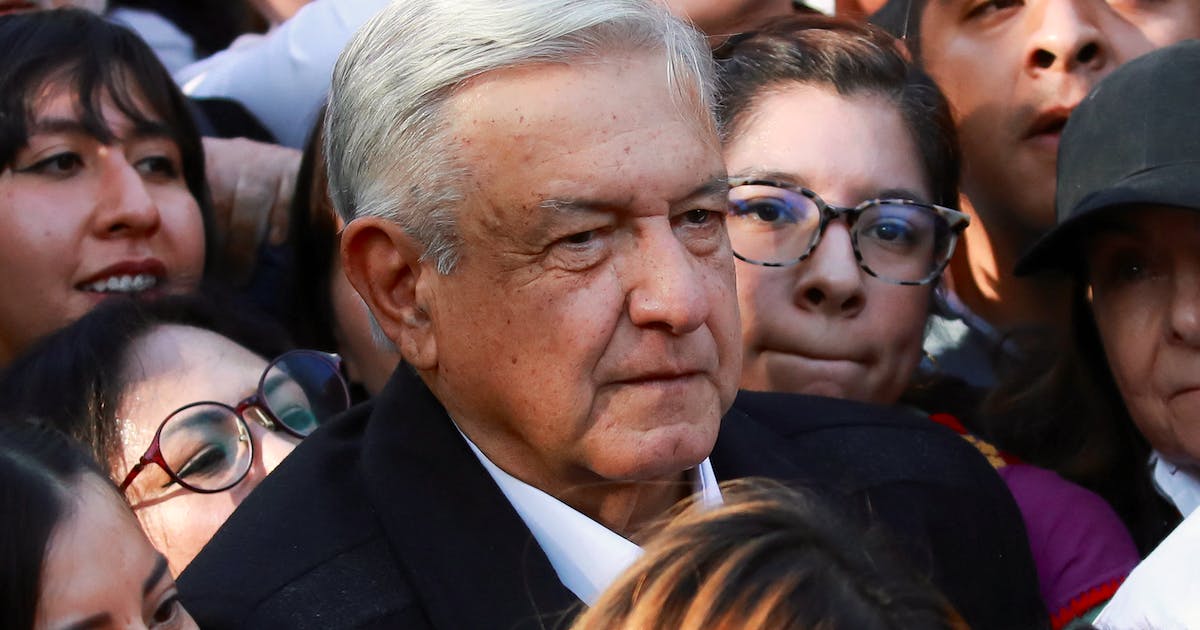 MEXICO CITY (Reuters) -Mexico’s economy should grow 3.5% over 2022, 2023 and 2024, President Andres Manuel Lopez Obrador said on Sunday in a speech to a massive crowd gathered in the country’s capital to mark his fourth year in office.

An economic slowdown, largely in the industrial sector, weighed on to Mexico’s Gross Domestic Product (GDP) growth, keeping it slightly below estimates in the third quarter this year.

Analysts have predicted GDP will grow by 2.7% this year, while the International Monetary Fund expects growth to slow to 1.2% next year.

Lopez Obrador has recently said we would like to see the central bank balance fighting inflation with the need to protect economic growth.

BENGALURU — The Indian economy likely returned to a more normal 6.2% annual growth rate in July-September after double-digit expansion in the previous quarter, but weaker exports and investment will curb future activity, a Reuters poll showed.

In April-June, Asia’s third-largest economy showed explosive growth of 13.5% from a year earlier thanks mainly to the corresponding period in 2021 having been depressed by pandemic-control restrictions.

But with the Reserve Bank of India (RBI) now raising interest rates to tamp inflation running above its target range of 2% to 6% target, the economy is set to slow further.

“The exceptionally favorable base of the April-June ’22 quarter is behind us, which will result in a normalization of the year-on-year real GDP growth rate from July-Sept ’22 onward and also make it easier to gauge the true underlying economic momentum,” said Kaushik Das, India and South Asia chief economist at Deutsche Bank.

Still, industrial production increased at an annual pace of only 1.5% on average last quarter, its weakest in two years, pointing towards a significant slowdown in manufacturing activity, a key driver of growth.

“GDP is expected to increase sequentially, led by continued recovery in services. Mining and manufacturing are expected to be a drag. On the demand side, lower global growth hit exports in Q2 (July-September),” said Sakshi Gupta, principal India economist at HDFC Bank, adding there were signs that consumption was uneven.

The finance ministry said on Nov. 24 a global slowdown might dampen the country’s export businesses outlook. Meanwhile, the RBI raised its key policy interest rate to 5.9% from 4.0% in May and is widely expected to add another 60 basis points by the end of March.