The Calgary Police Service remains committed to anti-racism work, but the decision on whether to add the proposed $8 million from their budget to the newly-formed community safety investment framework is still yet to be decided.

“Going forward, we’re really interested in seeing what opportunities there may be that are brought forward by community partners and also looking at costing models for some of the internal opportunities where the programs we’ve referred to that are actually existing.”

Calgary Police Commission Chair Bonita Croft said the commission will also be involved in deciding on where that $8 million will go, based on a proposal coming to the January 2021 commission meeting.

“There is not a specific plan yet,” Croft said. “It’s all quite fresh coming out of the decisions of council last week.”

Tuesday’s commission meeting was the first time Neufeld publicly commented on city council’s decision to leave the proposed $8 million in the police budget and instead add $8 million of its own in seed funding for the framework.

The CPS chief said the seed funding “enhances capacity for innovation” in alternative call response models and is a “real win” for both police and citizens.

“CPS proposed initially to reallocate funds to do this work, and we remain,” he said.

Ahead of the commission meeting, Mayor Naheed Nenshi said he would be “shocked” if the police decided against contributing to the framework.

“I would be surprised if we didn’t see a significant financial contribution from them, given that in their own budget they’ve already allocated eight million dollars to this work,” the mayor said.

CPS deputy chief Katie McLellan shared a report of the internal anti-racism work the police have completed since their original commitment to council in September.

CPS has formed an anti-racism action committee, met with community organizations like the Calgary Alliance for the Common Good, and have met with internal and external advisory boards. Police are also working to improve “crisis triage,” a process involving sharing info with other agencies to identify “high-system users” and opportunities for better coordination and intervention points between agencies.

Calgary police are also in the process of selecting an external expert to produce a longer-term anti-racism roadmap for the police service.

“The focus is on gender and intersectionality and is grounded in an evidence-informed approach to social norms and cultural dynamics,” deputy Raj Gill told the commission.

Calgary police plan to have a consultant on board this month to begin integrating the EDI tool, with training on it to start in the early months of 2021.

2:35
Calgary looking at what changes, if any, are needed for city police

Calgary looking at what changes, if any, are needed for city police – Jun 8, 2020

More work to be done

Taylor McNallie, co-founder of Inclusive Canada and member of Defund2Fund, told the commission that none of the dozen community organizations she’s involved with have been consulted by the police or commission with regards to the new anti-racism board members yet to be named, saying “transparency is definitely not there.”

Chief Neufeld told reporters that coordinating with bodies like the city, CPS and the commission requires careful coordination in order to complement efforts, recognizing there’s still work to be done in community engagement.

“I think we have to center the work that we plan to do and some of our initiatives on the lived experiences of members from our community,” the police chief said. “And those obviously are experiences that we don’t have.”

Neufeld added that police agencies tend to bias towards speed and efficiency.

There is no alternative to staying invested – The Globe and Mail 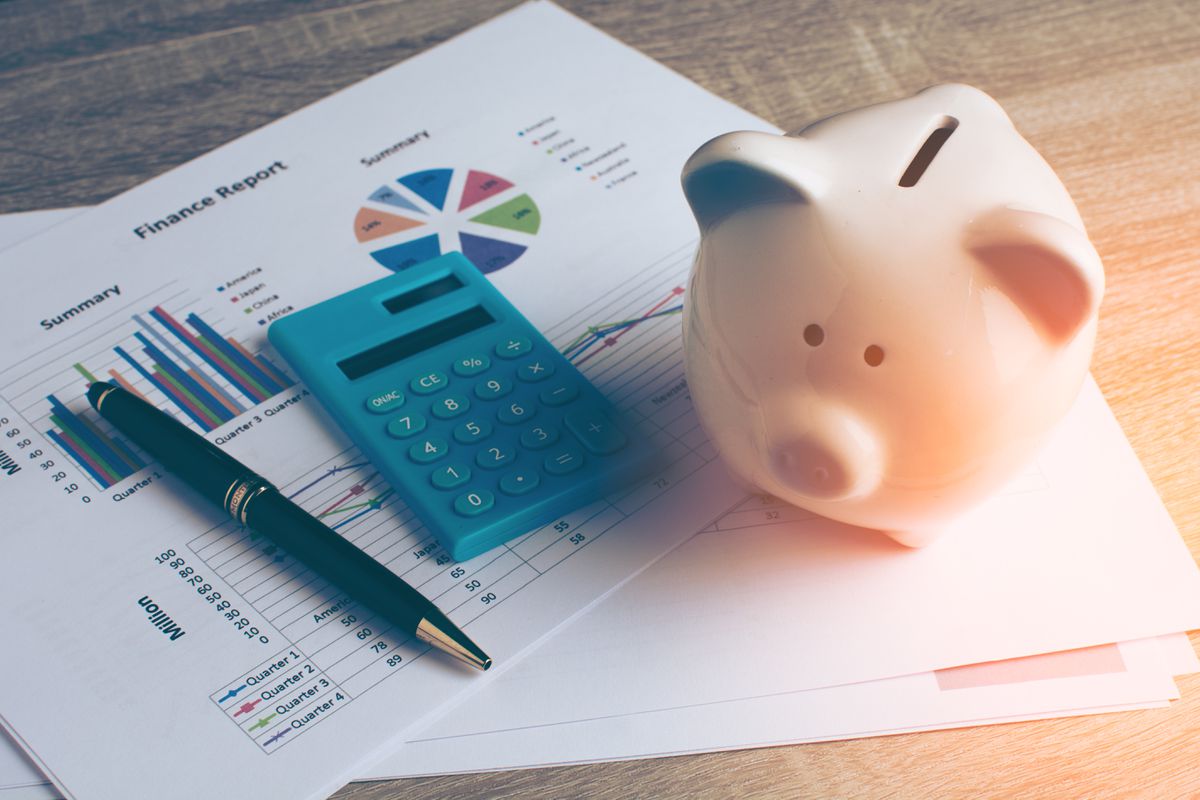 Harking back through all the fog that the Covid-19 pandemic has wrought on our lives, February and March 2020 surely tops the list of most vivid moments for investors. Witnessing global capital markets and portfolios in free fall is not easily wiped from one’s eyes or memory.

Some investors prepared for risks of volatility and declining capital markets by including an allocation in portfolios to alternative investments: those strategies which are not linked directly to the movements of stock and bond markets. These investors understood the power of diversity and had effectively modernized their investment portfolios.

The burgeoning alternative investment sector provided both portfolio protection and generated meaningful growth through to year-end.

Included in modernized portfolios are strategies involved in private debt and mortgages, private real estate and equity, defensively managed credit and equity strategies, arbitrage funds and other opportunistic, agile growth seeking strategies. They can provide value with much less, and in certain cases, no dependence on broader market direction.

Formerly only available to large institutions and wealthy investors, Canadian securities regulators provided broad access to certain non-traditional strategies starting in 2019 to all Canadian investors. This followed many years of study and consultation, concluding that access to more complex investment strategies for private individual investors would be of benefit to their savings and retirement goals.

By allocating at least some capital to an increasingly wide selection of available strategies, styles and objectives, a portfolio can be more insulated from risks of interest rates rising, equity market volatility and macro issues. The Canada Pension Plan Investment Board (CPPIB) expanded their portfolio beyond stocks and bonds starting 20 years ago. The CPPIB now holds over 60% in alternative assets, earning income and growth in this allocation from a variety of investment styles complementing their traditional holdings.

As an indication for how some of these strategies panned out in the spring of 2020, we can look at the Scotiabank Hedge Fund Index – Asset Weighted, a composite of various non-traditional strategies. It was down 7.50% through February and March, compared with global markets falling 20% or more, with the TSX Composite losing 37% at its lowest point. When federal governments opened the fiscal stimulus taps, broad market indices staged a sharp and sustained rally into the year end. By the end of November, the SHFI-AW had increased by 8.20% year to date, posting a return in line with an average year on the stock markets without the pain and volatility, and which compares very favourably to the TSX Composite return last year of 2.2%. Investors thinking differently about how to position their portfolios were far less impacted by sudden declines and earned strong returns through the year. The enhanced diversity worked well.

The key to including other types of investments is to determine what purpose you want served from each; in other words, to assess what you are trying to achieve. You may be seeking higher income potential, increased stability in capital, outsized returns or opportunities unavailable in traditional stock and bond holdings. Conversely, you need to be comfortable with what you may be giving up in return whether immediate liquidity, upside potential or insulation from other risks, and whether alternative investments are right for you at all.

To paraphrase Warren Buffett, investing is simple in theory but difficult in practice. The goal of the CPPIB is uncomplicated and one which we can all relate to: to maximize returns over the long term without undue risks. No gain is had without accepting risk – being comfortable with the risks you are embracing is as critical as is reducing these risks as much as possible while still positioned to meet your goals. Investing is a long and evolving journey which must be experienced in real time – in tangible terms, this implies more comfort and peace of mind with less mistakes made along the way.

As investors, we can be assured that at some stage interest rates will rise thereby decreasing bond principal, equity markets will experience bouts of volatility that are extreme at times and that macro events beyond anticipation or control will all impact our hard-earned savings. Investors with more tools in their bag are better positioned regardless of market forecasts.

Modern Portfolio Theory established in 1952, defining optimal diversity by way of the appropriate mix of cash, bonds and stocks for a chosen risk profile earned Harry Markowitz a Nobel Prize. This ground- breaking theory has worked well for many years. However, in practice MPT has been challenged by issues of practicality including historically low cash and bond yields, as well as increased equity market volatility and and intermarket correlations. In addition, his theory does not account for investors who desire a degree of protection on their savings during times of market turmoil, seeking short-term protection to ensure comfort through the long term. To be fair, at the time Mr. Markowitz did not have access to various alternative strategies in order to properly diversify an investment portfolio. If he had, I suspect he would have included some private real estate and maybe a hedged equity strategy or perhaps an arbitrage fund. In the more-modern portfolio, it is now possible for you to reap such benefits.

Cominar is one of the largest diversified real estate investment trusts in Canada and is the largest commercial property owner in the Province of Québec. Our portfolio consists of 313 high-quality office, retail and industrial properties, totalling 35.7 million square feet located in the Montreal, Québec City and Ottawa areas. Cominar’s primary objective is to maximize total return to unitholders by way of tax-efficient distributions and maximizing the unit value through the proactive management of our portfolio.