Canada is likely at the start of a Delta variant-driven fourth wave of the COVID-19 pandemic, federal public health officials warned on Friday.

The news comes on the heels of an upward trend in cases across Canada which, if vaccine uptake doesn’t increase in younger groups, could eventually exceed health-care system capacity, the doctors said.

Read more:
Will we ever lock down again? Experts say it’s ‘unlikely,’ as pandemic finish line draws near

But, she added, “the trajectory will depend on ongoing increase in fully vaccinated coverage and the timing, pace and extent of reopening.”

The Delta variant is continuing to spread across Canada — and fast. Over the month of June alone, cases of the new COVID-19 variant increased five-fold nationwide, making it the dominant variant of concern in the country.

While Tam said the cases are expected to be concentrated “largely in younger unvaccinated people,” the disease will likely spread into “older, unvaccinated populations.”

“International experience with Delta driven waves underscores the need for gradual and cautious lifting of restrictions until fully vaccinated coverage is high across the population,” Tam said.

In the meantime, Tam said governments should keep watching closely for signs of resurgence as they continue pushing people to get their vaccines.

Canada has seen enthusiastic vaccine uptake, particularly among the older, at-risk groups. Over 89 per cent of seniors aged 70 years or older are now fully vaccinated, and 37 per cent to 46 per cent of teenagers and young adults have their second shot, Tam said.

First dose coverage is even higher, according to Tam. About 70 per cent of teenagers and young adults have their first dose, and 95 per cent of seniors have had their first jabs.

Despite the warning that Canada could be in the early days of the fourth wave, cases also remain low. Case counts across Canada are 93 per cent lower than they were in the peak of the third wave, Tam said, even with the recent uptick. The number of people experiencing severe and critical illness is also still trending downwards.

2:53
Majority of Canadians worried about lingering COVID-19 threat, according to poll

Majority of Canadians worried about lingering COVID-19 threat, according to poll

This is likely in large part to do the widespread vaccine uptake. Tam said the vaccines are proving to be “highly protective against severe illness.”

Fewer than 480 people have been treated daily in Canada’s hospitals, according to the most recent seven-day averages. On top of that, fewer than 225 of those individuals were being treated in intensive care units, and an average of just eight deaths have been reported daily.

However, the pandemic looks a little different among Canada’s unvaccinated population.

“The majority of cases, hospitalizations and fatal outcomes are occurring among unvaccinated people,” Tam said.

Compared to cases among those who have been fully vaccinated, unvaccinated Canadians are three times more likely to be hospitalized if they catch COVID-19. With the Delta variant ripping across the country, it’s more important than ever to try to get your jab, Tam said.

Canada could be seeing the start of a variant-driven 4th wave, chief health officer warns – CBC.ca

The ecommerce business of luxury department store  Saks OFF 5TH is preparing for an initial public offering and targeting a $6 billion valuation, the Wall Street Journal reported Sunday, citing sources.

The company is interviewing potential underwriters this week for an  IPO that could take place in the first half of next year, according to the report. 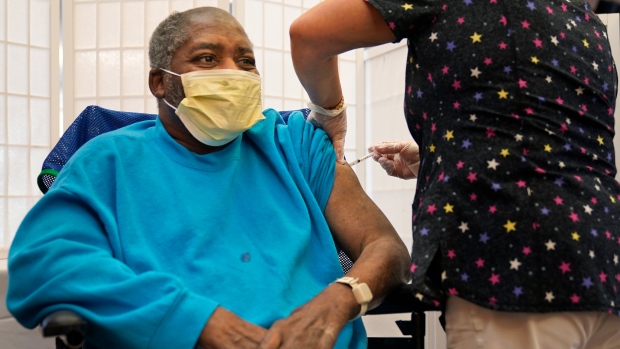 TORONTO —
Although booster shots and third doses of COVID-19 vaccines aren’t currently recommended for most Canadians, additional doses are being made available to certain populations or those who need to travel for work based on their province or territory of residence.

Health experts and federal agencies are debating the need for booster shots across the general population, saying that a primary vaccine course still provides good protection against COVID-19.

CTVNews.ca has reached out to Health Canada for an update on its position on booster shots. This story will be updated with their response.

In early September, the National Advisory Committee on Immunization (NACI) recommended third vaccine doses be administered to certain immunocompromised individuals at least 28 days after their previous dose. Each province and territory has enacted a third-dose policy for immunocompromised people.

A few weeks later, NACI recommended booster shots for all long-term care residents and seniors living in other congregate settings at least six months after the primary vaccine course.

Third doses are considered part of a primary vaccine course, while booster shots are meant to be given when vaccine effectiveness wanes and often contain a smaller dosage.

Public opinion on the matter appears to sway in favour of booster shots. The vast majority of Canadians have expressed interest in one, according to a survey commissioned by CTV News, with 69 per cent of respondents saying they were interested and 15 per cent saying they were somewhat interested.

Meanwhile, the U.S. has started giving booster shots of the Pfizer-BioNTech vaccine to anyone aged 65 and up.

ELIGIBILITY FOR ADDITIONAL DOSES BY PROVINCE AND TERRITORY

British Columbia: People who are moderately to severely immunocompromised may be able get a third dose four weeks after their second one. Those who are eligible will be contacted by the province’s Get Vaccinated system. Residents of long-term care and assisted living centres are also being offered an additional dose six months after their second dose.

Saskatchewan: Residents 80 years and older can receive an additional dose six months following their second dose. Certain immunocompromised and clinically extremely vulnerable individuals can receive a third dose 28 days after their second one. Long-term and personal care home residents are also eligible. Those who are eligible for medical reasons will receive a letter from the ministry of health or their physician. A third or even fourth dose is also available for those who may require it for international travel.

Manitoba: Additional mRNA vaccine doses are recommended for those who have only received a viral vector COVID-19 vaccine, as well as health-care workers who have direct contact with patients, personal care home residents or clients, six months after their previous dose. Third doses are also permitted for people who may be moderately to severely immunocompromised, as well as people who have received one or two doses of a vaccine not approved by Health Canada, at least four weeks after their last shot. Residents of personal care homes and residents and staff of First Nations personal care homes can also get a third shot six months after their previous one.

Ontario: A third dose is currently recommended for people who may be moderately to severely immunocompromised, eight weeks after their previous dose. Residents of long-term care homes, high-risk retirement homes, First Nations elder care lodges and elderly people living in other congregate settings may also be able to get an additional dose five months after their second one. In a similar category, individuals with proof of immunization who underwent a one- or two-dose course of a COVID-19 vaccine not approved by Health Canada may receive an additional mRNA vaccine dose at least 28 days after the preceding one.

Quebec: An additional mRNA vaccine dose is recommended for people on dialysis, certain individuals with weakened immune systems, residents of residential and long-term care centres and intermediate and family-type resources and people living in private senior residences. These doses can be administered four weeks after the second dose.

New Brunswick: Moderately to severely immunocompromised people may be eligible for an additional mRNA vaccine dose four weeks after their second dose.

Nova Scotia: Starting Oct. 19, moderately to severely immunocompromised people may be eligible for an additional mRNA vaccine dose at least 28 days after their initial vaccine course. People who require an extra dose in order to meet the vaccine requirements needed to travel for work can apply for approval of a third dose by email.

Prince Edward Island: Moderately to severely immunocompromised islanders may be able to receive a third dose 28 days after their second one.

Newfoundland and Labrador: Moderately to severely immunocompromised individuals may be eligible to receive an additional mRNA vaccine dose four weeks after the second one. Those who underwent a mixed vaccine course and need to travel for work or a medical procedure outside of Canada or attend school outside of the country are also eligible for a third dose.

Yukon: Third doses are only available to those who may be immunocompromised, 28 days after their second vaccine dose.

Northwest Territories: As of Oct. 15, residents in Yellowknife aged 60 and up have been able to receive a booster shot if their previous dose was administered at least six months prior. The following week, residents of N’Dilo, Dettah, Hay River, Inuvik and Fort Smith who are 60 and up will be able to get a booster shot, as well as residents of all other communities who are aged 50 and up, six months after their previous dose. People who are severely immunocompromised, as well as front-line health-care workers in Yellowknife and Behchoko, are eligible for an additional mRNA vaccine dose.

Nunavut: An additional mRNA vaccine dose may be given to immunocompromised individuals 12 years and over at least four weeks after their second dose. 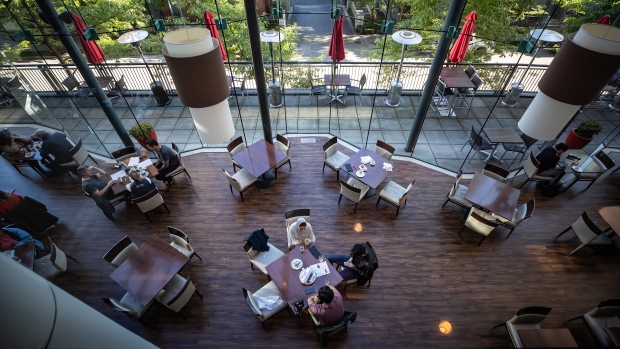 TORONTO —
Prime Minister Justin Trudeau on Sunday released a statement thanking Canadian small business owners for their “dedication, perseverance, and innovation,” less than a week before a number COVID-19 pandemic financial support programs for businesses and individuals are scheduled to end.


The passage of the Budget Implementation Act allows the government to extend CERS and the CEWS to Nov. 30. Beyond that timeline, new legislation would need to be introduced in Parliament.

But many businesses aren’t yet back on their feet, despite their doors being open again.

“Only 40 per cent of small businesses are at normal levels of sales, 60 per cent are not there yet,” Canadian Federation of Independent Business (CFIB) president Dan Kelly told CTVNews.ca on Oct. 7. “I think a lot of people see businesses open, and they just assume that we’re back to normal, but it’s definitely not the case.”

Restaurant owners have been particularly hard-hit. According to a survey by Restaurants Canada, eight out of 10 restaurants across the country are either losing money or barely breaking even, while seven out of 10 are currently taking advantage of government subsidy programs.

With files from CTVNews.ca’s Sarah Turnbull, Nicole Bogart and Brooklyn Neustaeter, and The Canadian Press