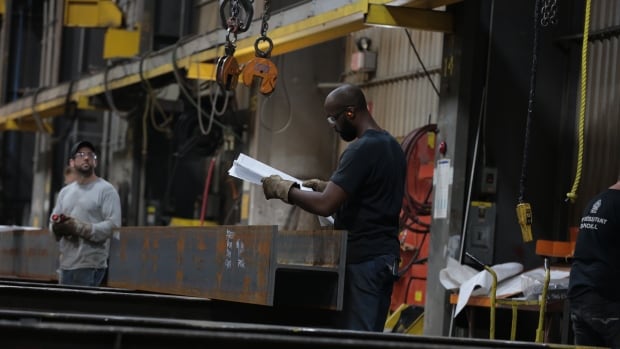 The Canadian economy continued along the path of modest growth in August, posting 0.1 per cent growth in real gross domestic product.

The report said retail activity rebounded after falling to its December 2021 level in July.

Wholesale trade, agriculture, and the public sector all grew in August as well.

Meanwhile, the construction sector contracted for the fifth consecutive month. The report noted that while residential construction was down for the fourth time in five months, activity in August was still eight per cent above the February 2020 pre-pandemic level.

Manufacturing and mining, quarrying and oil and gas extraction also contracted in August.

An initial estimate for third-quarter GDP also indicates an annualized growth rate of 1.6 per cent for the July-to-September period, down from an annual pace of 3.3 per cent in the second quarter.

The latest data comes as worries of an impending recession grow in response to rapidly rising interest rates this year.

The Bank of Canada has been hiking interest rates since March in response to decades-high inflation. The central bank maintains that the economy is overheated, meaning demand is outpacing supply.

Higher borrowing costs are expected to slow spending by consumers and businesses and therefore bring down the pace of price growth.

According to its latest monetary policy report, the Bank of Canada is forecasting the economy will stall toward the end of the year and into the beginning of 2023.

“Though today’s data release was encouraging, the overarching narrative of a decelerating Canadian economy hasn’t changed,” TD Bank economist James Orlando said. “Given high inflation and the lagged impact of higher interest rates, we are seeing the effect of this in the goods sector and expect to see the same in the service side going forward.”

After Being Rejection Stay Connected