Émond, at Caisse since February 2019, has served as the pension fund’s executive vice-president, Quebec, for private equity and strategic planning since November.

Prior to this, he was the global head of investment banking and capital markes and head of Canadian corporate banking at Bank of Nova Scotia. (Reporting By Nichola Saminather Editing by Nick Zieminski)

Ottawa mayor calls for 'urgent investment' in homelessness from other levels of government – OttawaMatters.com 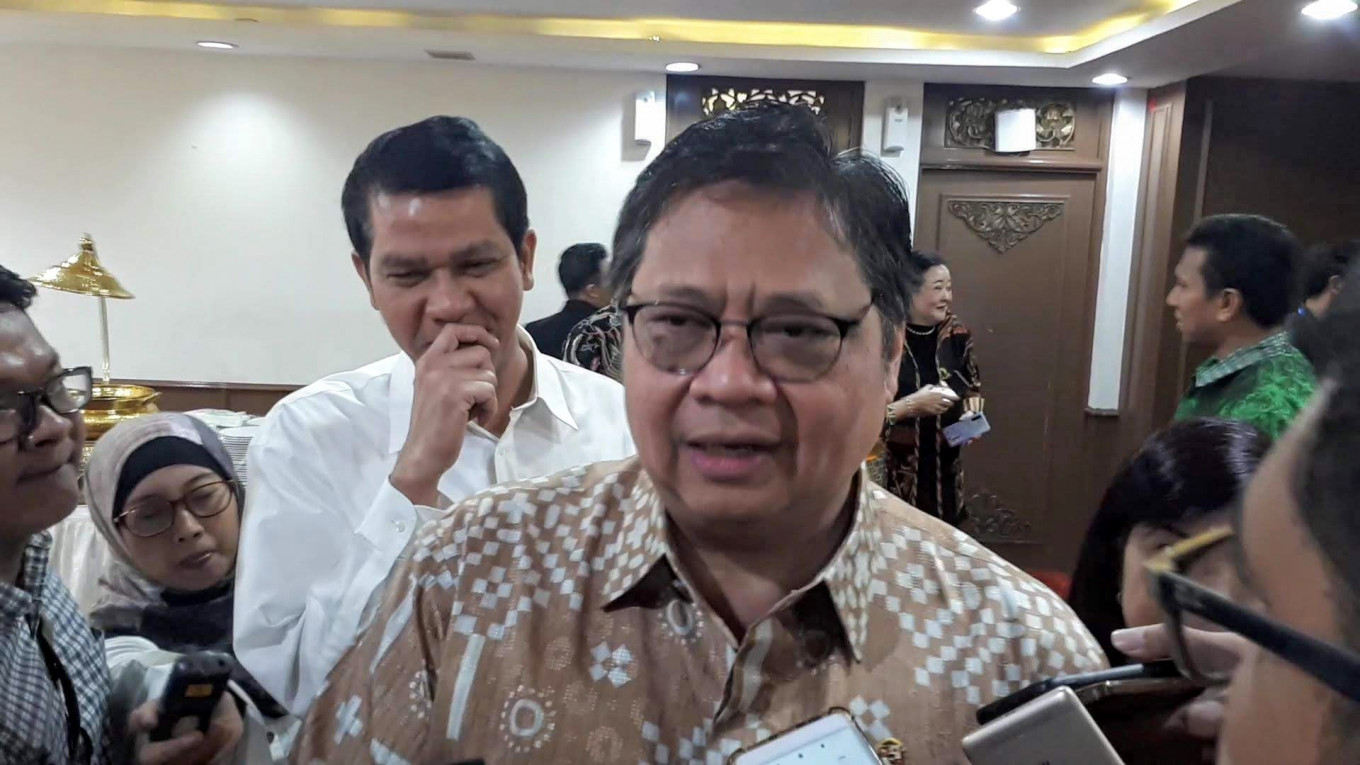 Coordinating Economic Minister Airlangga Hartarto has said that foreign investment rules – namely the priority investment list – may be issued by the government before the sweeping omnibus bills on job creation and taxation pass into law.

Airlangga said the priority list would allow certain business sectors to get fiscal incentives such as tax holidays and super tax deductions. The government would also prohibit 100 percent foreign ownership in small and medium businesses.

“We are still harmonizing [the investment list], and we will provide the priorities to investors so that during the list campaign we do not have to say, ‘These are the sectors that you are not allowed to invest in,’” the minister said at a media briefing in Jakarta on Monday evening.

The government has long floated the idea of changing the current negative investment list (DNI) to a so-called positive investment list. Currently, the DNI regulates which business sectors are open, prohibited or open with certain conditions to foreign investment.

In the omnibus bill on job creation, the government will open all business sectors to direct investment except those it explicitly declares prohibited from such activity or those that can only be handled by the government.

The prohibited areas are narcotics, gambling, chemical weapons, ozone-depleting substances, coral extraction and fishing for endangered species based on the Convention on International Trade in Endangered Species of Wild Fauna and Flora (CITES).

Further details on the investment policy will be regulated in a presidential regulation, the bill states.

The government expects the bill, if passed into law, to cut regulatory red tape and attract more investment into the country to help boost stagnant economic growth. Indonesia’s economy grew by 5.02 percent last year, down from 5.17 percent in 2018, as investment and exports cooled.

Read also: Key points of labor reform in omnibus bill on job creation: What we know so far

President Joko “Jokowi” Widodo’s administration has also submitted to the House of Representatives the omnibus bill on taxation, which will lower corporate income tax from the current 25 percent to 20 percent by 2023. The bill will also lower tax penalties, ease income tax regulations for expatriates and work toward taxing multinational digital firms that have no physical presence in Indonesia but that benefit from activities in the local market.

The minister added that large investments would also receive similar tax incentives, adding that an investment of US$750 million may allow a company to have a tax holiday for 15 years.

These investments will attract foreign investors, he added. “We want to move Turkey to the upper leagues and make it one of the best-developed countries in the world.”

Turkey aims to boost the manufacturing industry’s share of the gross domestic product (GDP) to 21% and raise the share of medium- and high-tech products to 50% of its exports, Varank said.

He added that the country targets having half a million software developers and creating 23 global smart products in the disruptive technology area.

Saying that the U.K. has critical importance in the technology area, he stressed that it is also one of Turkey’s key trade and investment partners.

Varank called on U.K. tech companies to focus on business development and make investments to produce project-based and strategic products in technoparks across Turkey.

“I see this conference as a step for improving and deepening our relations much more after the Brexit period,” he said.

The U.K. formally left the European Union on Jan. 31, 2020, after 47 years of membership and more than three years after Britons voted to leave in a referendum. However, the country will remain in a transition period with the EU until Dec. 31 this year.

During the year, the U.K. will continue to abide by the trade terms set by the EU but will also be free to strike new trade deals.

Turkey is expected to be one of Britain’s top destinations for a trade deal, after the EU and the U.S.

Trade Minister Ruhsar Pekcan recently said a British delegation will be arriving in Turkey on Feb. 27 to discuss a post-Brexit trade deal, adding that they will try to formulate their own agreement parallel to the free trade agreement (FTA) the U.K. and EU will make between them.

On trade discussions between the two countries, Varank said, “We hope this process will conclude with a free trade agreement.”

The trade volume between Turkey and the U.K. in 2018 was $18.5 billion – second only to Germany – with Turkey exporting $11.1 billion to the U.K. and receiving $7.4 billion in imports. This was a 15.7% increase in exports and a 13.7% increase in imports for Turkey compared to the previous year.

Also addressing the event, John Mahon, the director-general for exports in the U.K.’s Department for International Trade, said the U.K. wants to open and expand trade channels now that it has parted ways with the EU, stressing that Turkey is one of the target countries in this mission.

He noted that the U.K. is independent in its trade affairs for the first time and that a new path awaits the country.

The U.K. is after new free trade deals, Mahon said, adding that they would produce trade agreements and negotiations with the U.S. and other countries in Europe by the end of the year.

For his part, the U.K.’s Ambassador to Ankara Dominick Chilcott stressed the immense potential between Turkey and the U.K.

Ankara and London have agreed to firmly work not only on business affairs but also to further strengthen links between their people.

Elaborating on the U.K.’s exit from the EU, the ambassador said the country has now started to move on its own with respect to free trade and that it has become independent within the World Trade Organization (WTO).

“The trade between the U.K. and Turkey has great potential. It is of great importance to the British government. Turkey has a strong economy and trade between us is one of the important points,” Chilcott noted. Braveheart now holds six strategic investments in its portfolio alongside other historical investments.

The company also has a 51.72% stake in Pharm2Farm Limited (P2F), a plant nutrients specialist.

In a January, Braveheart said Paraytec (100%) has started the second round of user trials.

Aggregates are an impurity that must be controlled and must stay within product specifications, so measurement is essential to ensure they meet the requirements of regulatory agencies.

Pharm 2 Farm (51.72%) has sent samples of silicon micronutrient and turf to potential customers.

Gyrometric Systems (19.95%) has developed shaft monitoring and measurement systems for revolutions as low as 0.25 revolutions per minute, which is useful for wind turbines.

Its ship drive monitoring systems, meanwhile, will be exhibited next year in September at SMM Hamburg, the world’s largest exhibition for ship technology.

Phasefocus Holdings (21.20%) has recently been granted a new US patent for a fundamental improvement in its underlying ptychography imaging technology.

The method protected by the new patent has the potential to speed up Phasefocus’s systems by a factor of 10 times.

Sentinel Medical (38.40%) is to revise the trial protocols for its prototype instrument to detect bladder cancer from urine after initial work at Sheffield University.

There was an interim dividend of 0.5p.

What the boss says: Trevor Brown

Progress continues across a broad front and we remain optimistic that this will eventually be reflected in enhanced returns to shareholders.