OTTAWA — A mother whose teenage daughter died by suicide 10 years ago told MPs Monday that police need to take online harassment seriously and not shame victims into thinking they brought their torment on themselves.

Carol Todd’s 15-year-old daughter Amanda Todd died in 2012 a few weeks after she posted a video on the internet detailing how she was blackmailed by an online predator.

Aydin Coban is awaiting sentencing after being convicted in August of extortion, harassment, possession of child pornography and communicating with a young person to commit a sexual offence.

The Dutch national was extradited to Canada to face the charges here.

Carol Todd told the House of Commons status of women committee Monday that she sat through every day of the nine-week trial.

“I was determined as her mom to be there to listen to what the jury was listening to,” she said.

“And one of the gaps that I found was some of the preventive things that law enforcement could provide in terms of taking a crime seriously. Making sure that it’s investigated, not victim shaming and not making my daughter feel that she was responsible and not making her parents feel like they were at fault.”

Todd said the country has learned a lot since Amanda’s death about what dangers lurk on the internet, in part because of her daughter’s case. But she said there is much more education to be done, for students, for parents and for teachers.

She wants more resources to put together a curriculum teachers can use, and she also wants the government to re-examine its legislation against cyberbullying.

That bill, which received royal assent in 2014, made it a crime to share intimate images without consent, and to clarify that Criminal Code offences, such as harassment, can also be committed online.

Todd said better definitions are needed of online exploitation and cyberbullying, and police need to understand what harassment really means.

“You can’t get a police officer to investigate unless that harassment has a death threat in it,” she said. “We need to really define and look at what it really means.”

This report by The Canadian Press was first published Oct. 3, 2022.

Nine days after Fiona, P.E.I. residents without power alarmed at pace of response 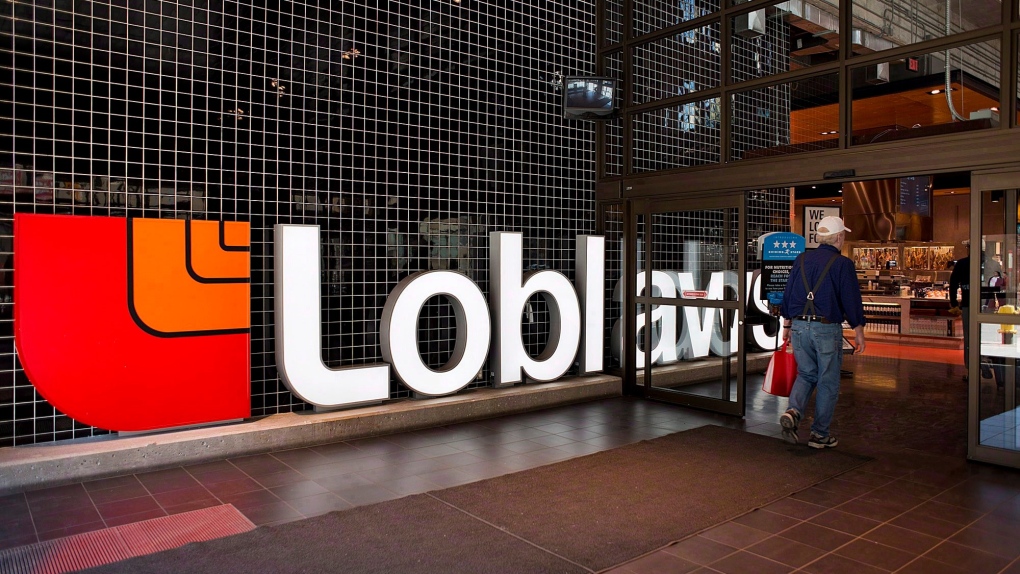 Grocery executives are disputing an accusation that grocery giants are taking advantage of inflation to drive up their own profits.

Executives from Loblaw and Empire testified at the House of Commons agriculture committee Monday as part of its study of food inflation.

“Empire does not like inflation,” said Pierre St-Laurent, chief operating officer of Empire, the parent company of Sobeys.

Jodat Hussain, Loblaw’s senior vice-president of retail finance, told MPs Loblaw has been raising prices because suppliers are charging more, and that the company’s gross margins on food have remained stable.

“Fundamentally, grocery prices are up because the costs of products that grocers buy from suppliers have gone up,” Hussain said.

The executive said Loblaw pushes back on suppliers when they do propose raising prices, citing its disagreement with Frito-Lay over the price of potato chips, which led to empty shelves during the dispute.

The rapidly rising cost of groceries has become a hot-button issue in politics, with food prices up 11 per cent in October compared with a year earlier.

And relief isn’t expected to come any time soon.

According to the 13th edition of Canada’s Food Price Report released Monday, the total cost of groceries for a family of four is expected to be $1,065 more than it was this year.

The study into food inflation by the House of Commons committee was called for by NDP agriculture critic Alistair MacGregor.

The New Democrats have accused companies like Loblaw of profiting off of inflation by unfairly raising prices on consumers.

MPs heard testimony from others in the grocery industry, including the Retail Council of Canada; Food, Health and Consumer Products of Canada; and Fruit and Vegetable Growers of Canada.

Sylvain Charlebois, a Dalhousie University professor of food distribution and policy, also appeared before MPs. The food researcher raised concerns about a lack of competition oversight that he says is feeding into distrust between consumers and grocers.

“The Competition Bureau is constantly failing the Canadian public by not providing forceful support to lawmakers in Canada when it simply endorses acquisitions and oversees investigations with little or no vigour,” Charlebois said.

The Competition Bureau announced in October it is launching a study to examine whether the highly concentrated grocery sector is contributing to rising food costs.

The competition watchdog is expected to provide a set of recommendations for the government in its final report, which it plans to publish in June.

The committee will also hold another meeting on food inflation on Dec. 12. 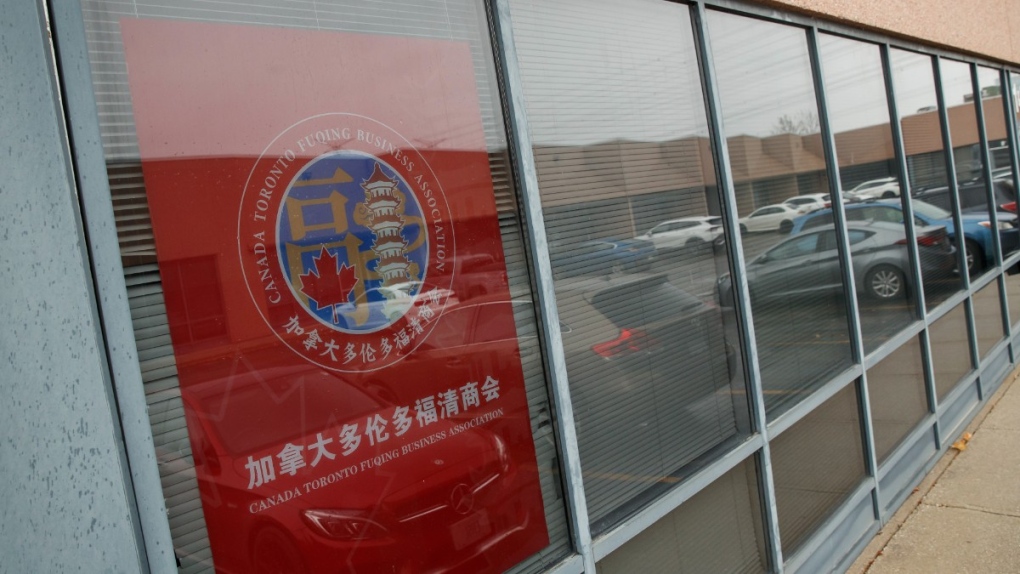 A human rights organization says it has found dozens of additional overseas Chinese “police service centres” around the world, including at least two more in Canada.

This on top of the 54 stations revealed in September, bringing the total number of documented centres to 102 in 53 countries. Some host countries also have co-operated in setting up these centres, Safeguard Defenders says.

The stations are accused of targeting Chinese nationals living abroad, particularly those who allegedly committed crimes in China, in order to coerce them to return home.

Safeguard Defenders reports that along with the three police “stations” previously confirmed in the Greater Toronto Area, which are operated out of the Chinese city of Fuzhou, it has found newly confirmed centres in Vancouver, operated out of Wenzhou, and another whose location is unknown but operates out of Nantong.

In a statement to CTV National News on Monday, the RCMP said it’s “investigating reports of criminal activity in relation to the so-called ‘police’ stations.” No further details were provided.

A similar statement was given by the police force to CP24 in late October following the previous report of Toronto-area stations.

The consulate general of the People’s Republic of China said at the time that the stations are to help Chinese citizens renew their driver’s licences, given many of them are unable to return to China due to the COVID-19 pandemic, and that the “local volunteers” facilitating this “are not Chinese police officers.”

However, Safeguard Defenders says the vast majority of the newly documented stations were set up starting in 2016, years before the pandemic began.

In its previous report in September, Safeguard Defenders found that Chinese police “persuaded” 230,000 claimed fugitives to return to China “voluntarily” between April 2021 and July 2022. Among the tactics used, Safeguard Defenders said, included denying suspects’ children in China the right to education and punishing relatives through “guilt by association.”

The U.S. Department of Justice accused seven people in October of a yearslong campaign to harass and intimidate a U.S. resident to return to China.

While Prime Minister Justin Trudeau attended the G20 summit in Indonesia in November, his office told reporters that he had raised concerns with Chinese President Xi Jinping of “interference” in Canada.

Asked about what specific interference he referred to, Trudeau later told the House of Commons, “We’ve known for many years that there are consistent engagements by representatives of the Chinese government into Canadian communities, with local media, reports of illicit Chinese police stations.”


Prime Minister Justin Trudeau is “extremely concerned” over a report Canadian-made parts have been discovered in Iranian drones used by Russia in its war on Ukraine.

Trudeau shared his worries with reporters in Ingersoll, Ont., Monday after the Globe and Mail reported on Sunday the discovery by a non-profit organization, Statewatch. Its “Trap Aggressor” investigation detailed last month that an antenna manufactured by an Ottawa-based Tallysman Wireless was featured in the Iranian Shahed-136 attack drone.


The drones have been used recently by Russia in Ukraine as Moscow increases its strikes on the country’s energy and civilian infrastructure.

“We’re obviously extremely concerned about those reports because even as Canada is producing extraordinary, technological innovations … we do not want them to participate in Russia’s illegal war in Ukraine, or Iran’s contributions to that,” Trudeau said.

“We have strict export permits in place for sensitive technology that are rigorously enforced, and that’s why we’ve been following up with this company, that’s fully cooperating, to figure out exactly how items that we’re not supposed to get into the hands of anyone like the Iranian government actually ended up there.”

The Shahed-136 is manufactured by Shahed Aviation Industries, one of two Iranian drone makers Ottawa sanctioned last month for reportedly supplying Russia with its lethal drones. After denying reports it was supplying Moscow, Iran acknowledged for the first time on Nov. 5 it had sent Moscow drones before the Feb. 24 war began.


It denied continuing to supply drones to Russia. Ukrainian President Volodymyr Zelenskyy has accused Iran of lying, previously saying Kyiv’s forces were destroying at least 10 of its drones every day.

Aside from its Iranian-made engine, the Shahed-136 consists entirely of foreign components, Statewatch said in its report. It cited Ukrainian intelligence managing to identify more than 30 European and American companies’ components, with most parts coming from the United States.

Drones like the Shahed are packed with explosives and can be preprogrammed with a target’s GPS coordinates. They can nosedive into targets and explode on impact like a missile, hence why they have become known as suicide drones or kamikaze drones.

Shaheds are relatively cheap, costing roughly US$20,000 each — a small fraction of the cost of a full-size missile.

‘Game-changing’ drone warfare in Ukraine may tee up new phase of conflict: official

Drones “provide a critical capability” to exploit vulnerabilities in defences, and their use may be a prelude to a new phase in the conflict, U.S. Army Lt.-Col. Paul Lushenko previously told Global News.

Gyles Panther, president at Tallysman, told the Globe the company is not “complicit in this usage” and “is 100-per cent committed” to supporting Ukraine.

Ottawa is working to understand how the parts ended up in the drones, and wants to “ensure” incidents like this don’t “happen again in the future,” Trudeau said.

B.C. ramps up appeal to vaccinate as influenza surges in children – Times Colonist