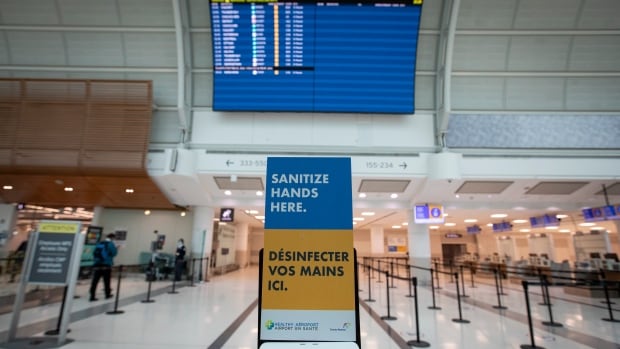 The Canada Border Services Agency (CBSA) has caught 30 people who have allegedly tried to enter the country with suspected fake COVID-19 test results.

Then between Feb. 15 and March 24, officers at land ports of entry found people trying to enter the country with suspected fake COVID-19 test results 20 times.

“All travellers arriving in Canada are obligated by Canadian law to respond truthfully to all questions,” Brissette Lesage said. “Providing false information to a Government of Canada official upon entry to Canada or making false fraudulent attempts is a serious offence and may result in penalties and/or criminal charges.”

In January, the federal government ordered that all travellers returning to Canada by air from abroad must produce evidence of a negative COVID-19 test before boarding their flights.

Every traveller over the age of five must show a negative test result from a polymerase chain reaction (PCR) or a reverse transcription loop-mediated isothermal amplification (RT-LAMP) test administered in the 72 hours before their flight’s departure.

Recent arrests by Peel Regional Police shed light on some of these instances happening at Pearson airport.

One happened on the afternoon of March 21, police say. That’s when a CBSA officer came across a negative COVID-19 test document that appeared to be fake.while conducting an inspection check.

Public health reviewed it, and in the end, a 45-year-old Edmonton man was arrested and charged with using a forged document.

A similar incident happened on the evening of Feb. 8. This time, a 29-year-old Stratford, Ont., man was arrested on the same charge.

According to the CBSA, failure to comply with the current border entry restrictions could lead to up to six months in prison and/or $750,000 in fines.

As well, the agency says, a person who causes a risk of imminent death or serious bodily harm to another person while wilfully or recklessly contravening the Quarantine Act could be liable for a fine of up to $1,000,000 or imprisonment of up to three years, or both.