The world’s economic recovery is wildly uneven — and that again was on display this week.

U.S. data on the eve of the Thanksgiving holiday offered signs of both strain and strength, while Germany’s resilience was again on display in European PMI numbers — even amid new lockdown measures that have knocked the economy back.

No matter where in the world you are, the economic consequences of the pandemic are falling disproportionately on the young. Though if you could chose where to weather the crisis, a new scorecard suggests New Zealand should be high on the list.

U.S. business activity is powering ahead and housing market remains red hot. The annualized rate of new-home sales has averaged 1 million from August through October, the strongest demand since 2006, and a increase in builder backlogs suggest residential construction will remain robust through at least the end of the year. 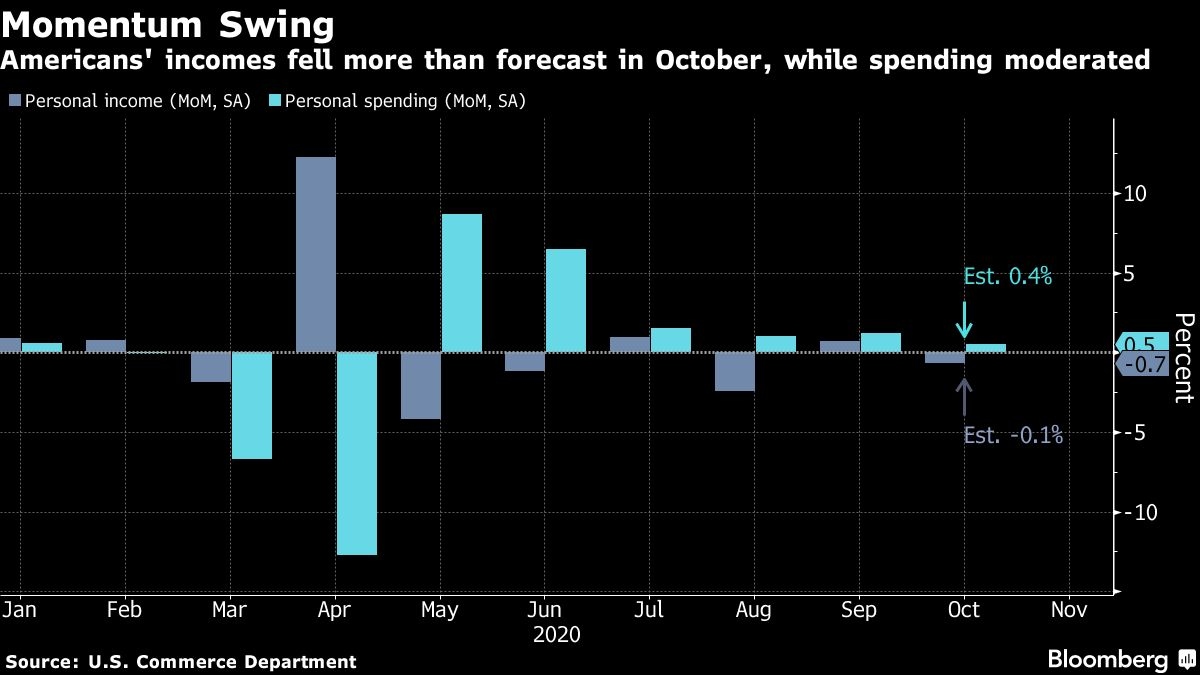 Still, some of the ground looks shaky. Americans’ income declined more than forecast in October, the number of people applying for state unemployment benefits unexpectedly increased in consecutive weeks for the first time since July, and consumer sentiment dipped to a three-month low. 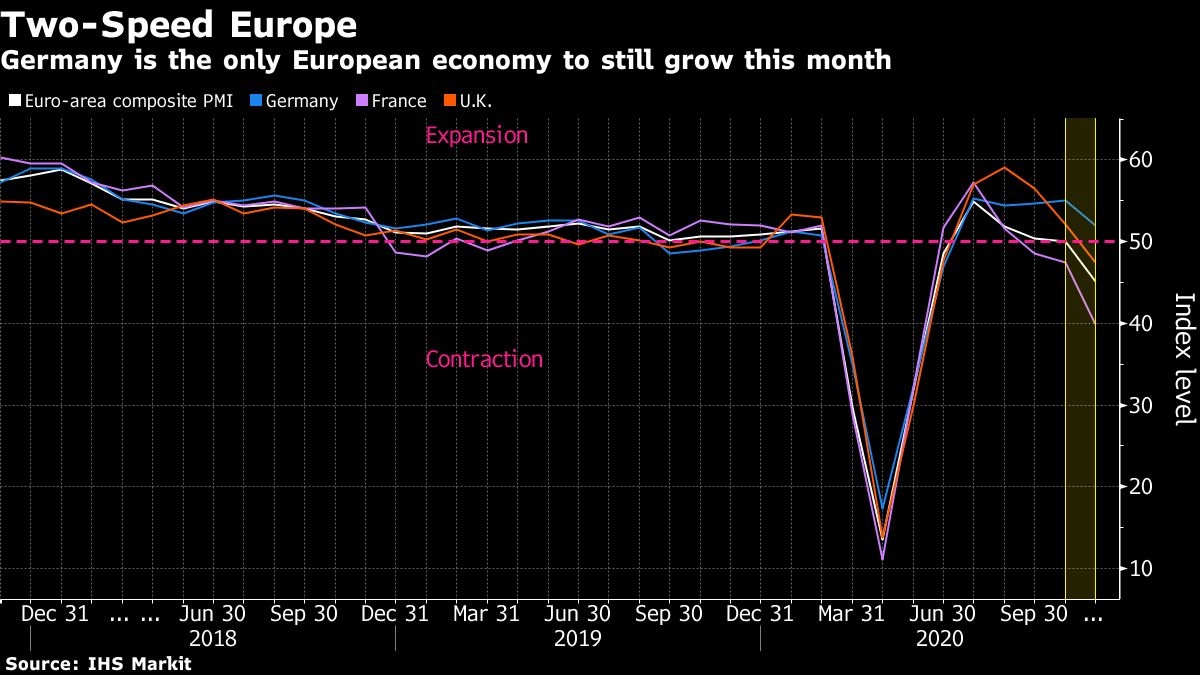 European economies are contracting again as the latest coronavirus restrictions take a massive toll on services. The Purchasing Managers Index for the euro area slipped back into contraction in November, as did the U.K. Germany, however, is coping with the latest restrictions relatively well. 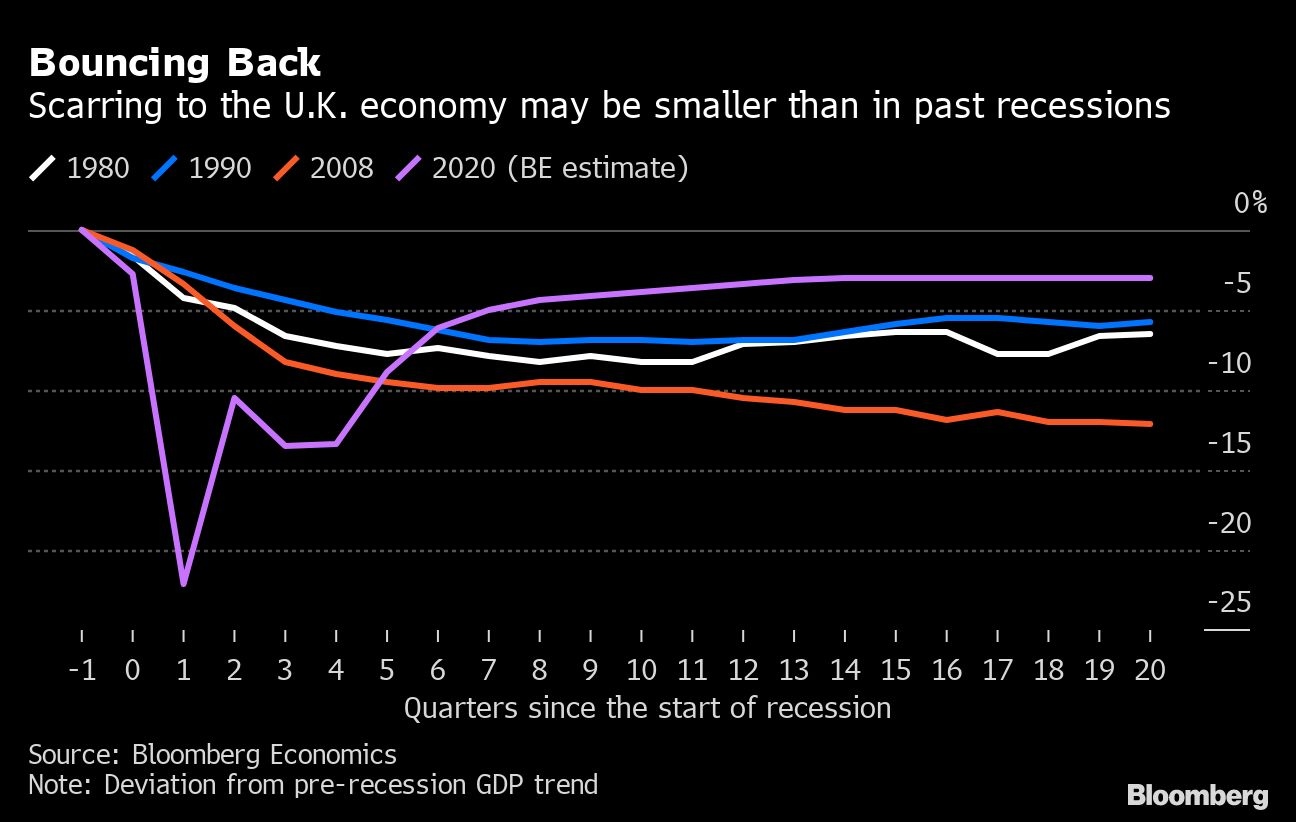 U.K. Chancellor of the Exchequer Rishi Sunak sought to balance more jobs support with controversial spending cuts this week to get control of the government’s pandemic debts. According to Bloomberg Economics, the U.K. will struggle to avoid economic scarring, though the hit will probably be smaller than from previous recessions. That’s in part because of the scale of the policy response. 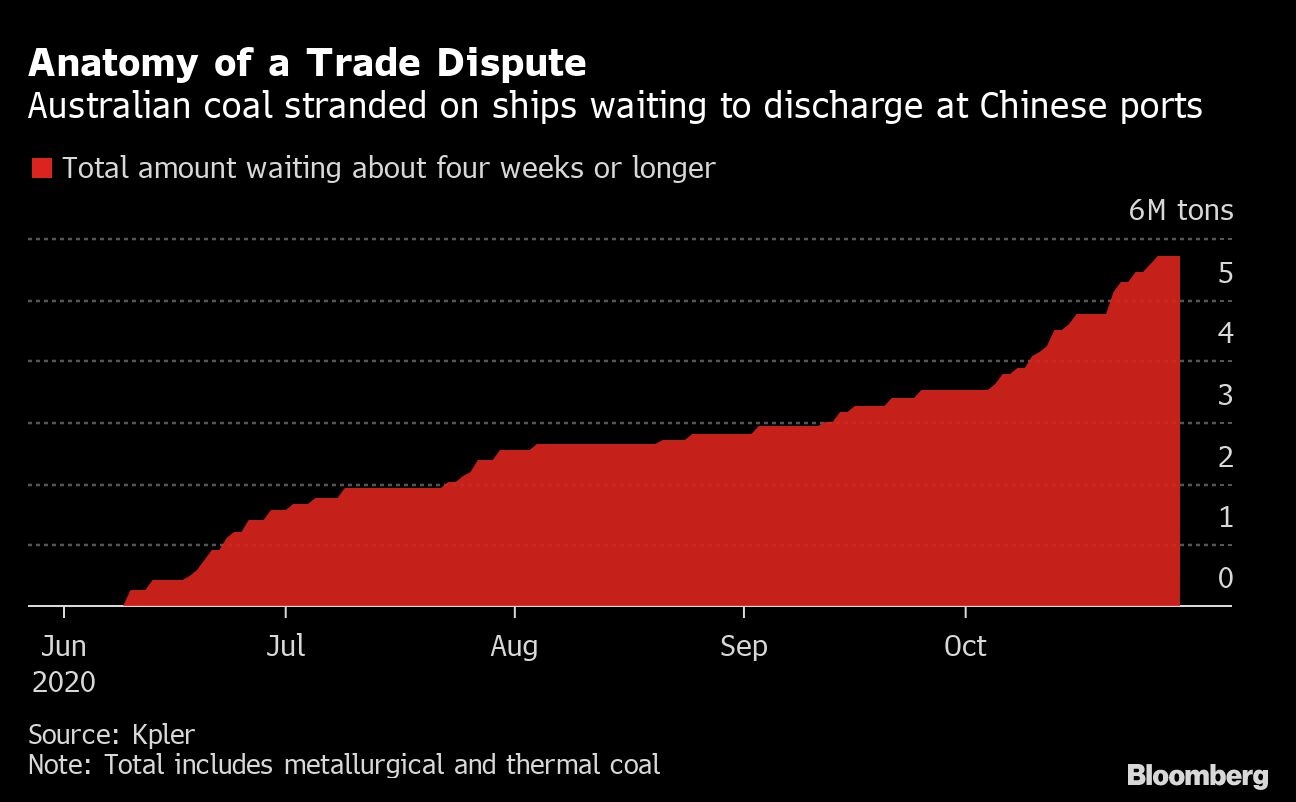 Australian Prime Minister Scott Morrison is trying to break a standoff with China that has stalled delivery of more than US$500 million worth of coal from the world’s biggest exporter as tensions between the two trading partners mount. 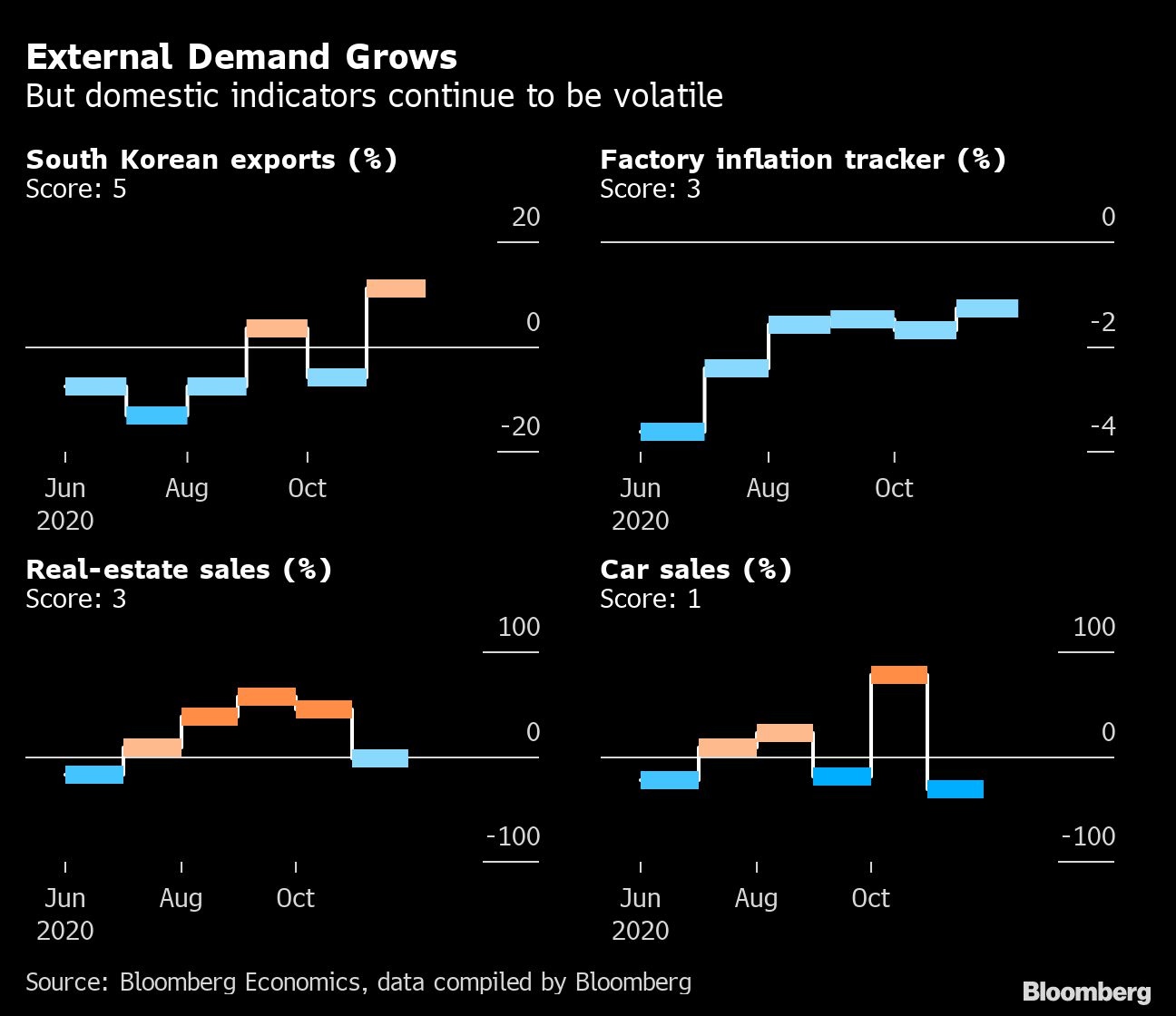 China’s economic recovery stabilized in November, underpinned by solid global demand for exports ahead of the Christmas period and the stock market’s gain to its highest since 2015. 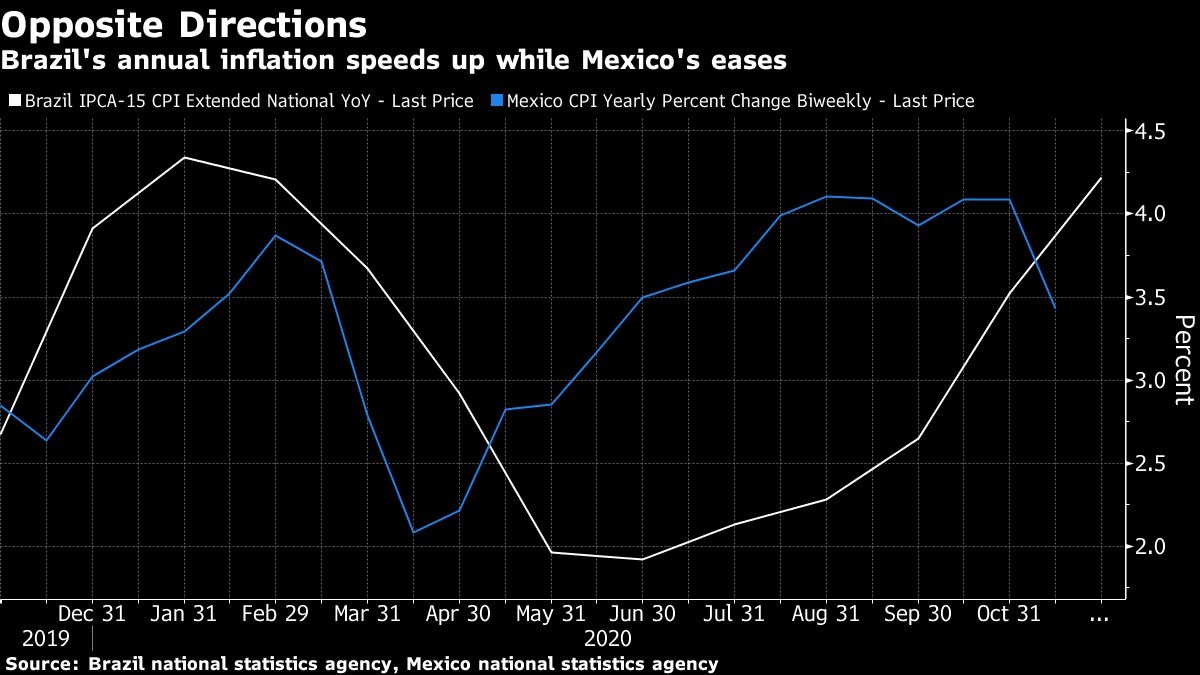 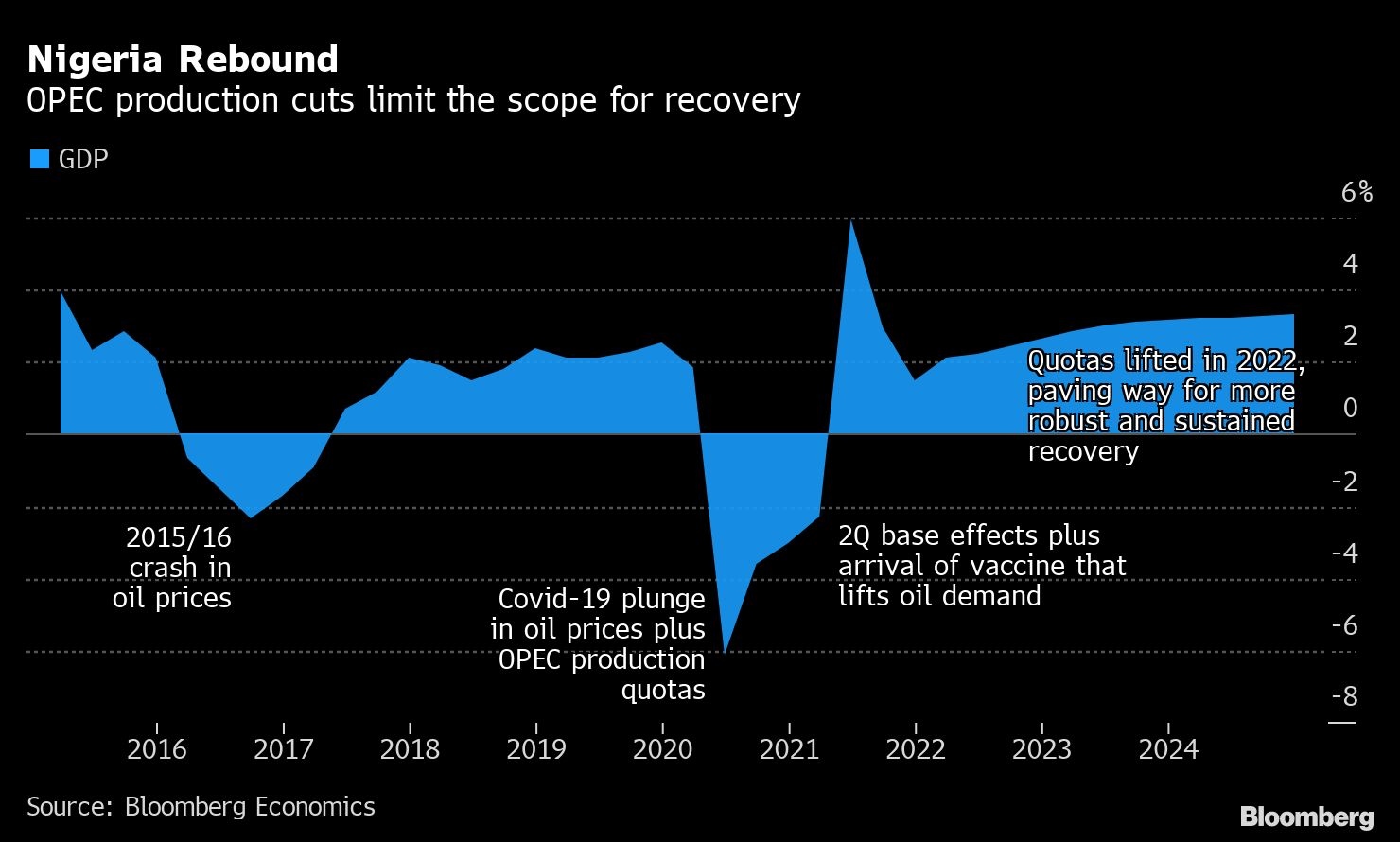 Bloomberg Economics doesn’t expect Nigeria’s recovery to gain momentum until next year, when the deep oil production cuts agreed in 2020 are eased and the emergence of a vaccine lifts global demand. 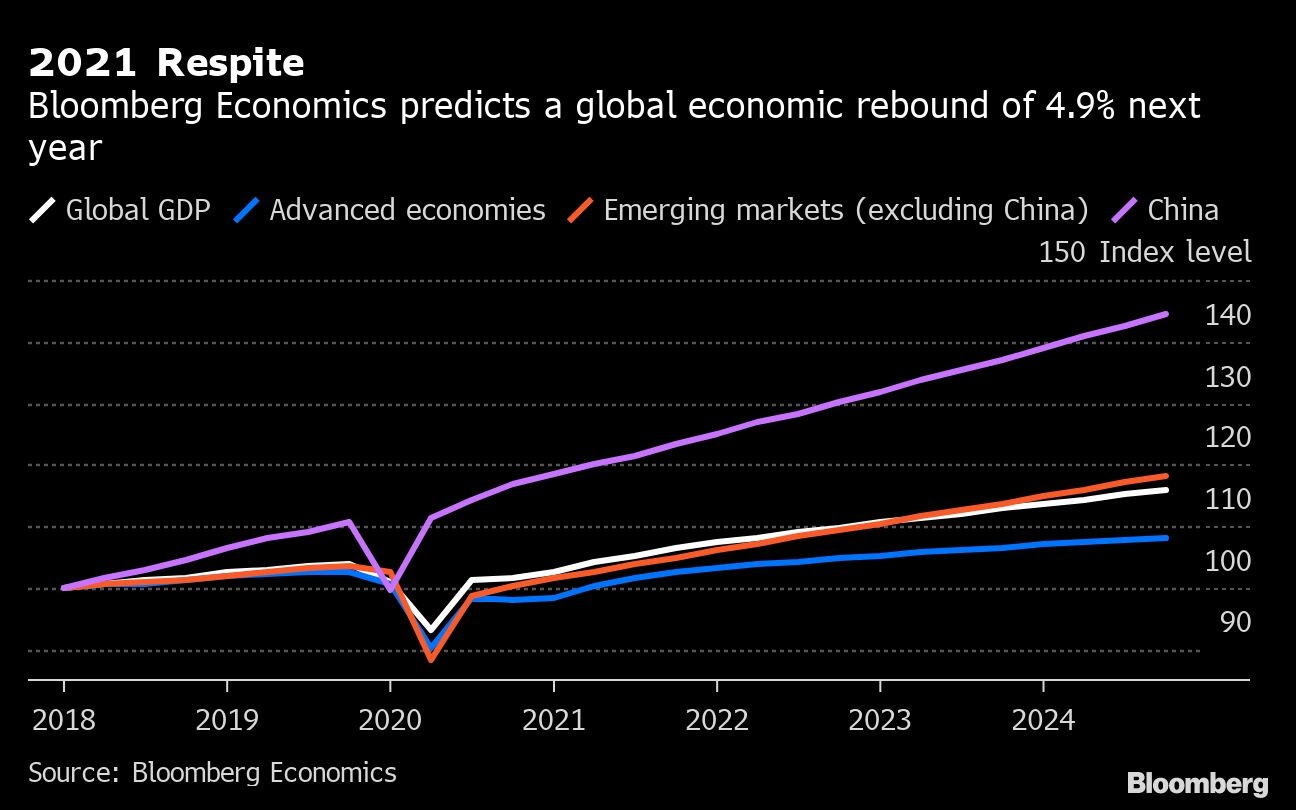 In 2019, the U.S.-China trade war blew a hole in global growth, in 2020, the pandemic caused a historic crash, but 2021 could be the year when U.S.-China ties stabilize and a vaccine draws a long-awaited line under the Covid crisis, according to Bloomberg Economics. 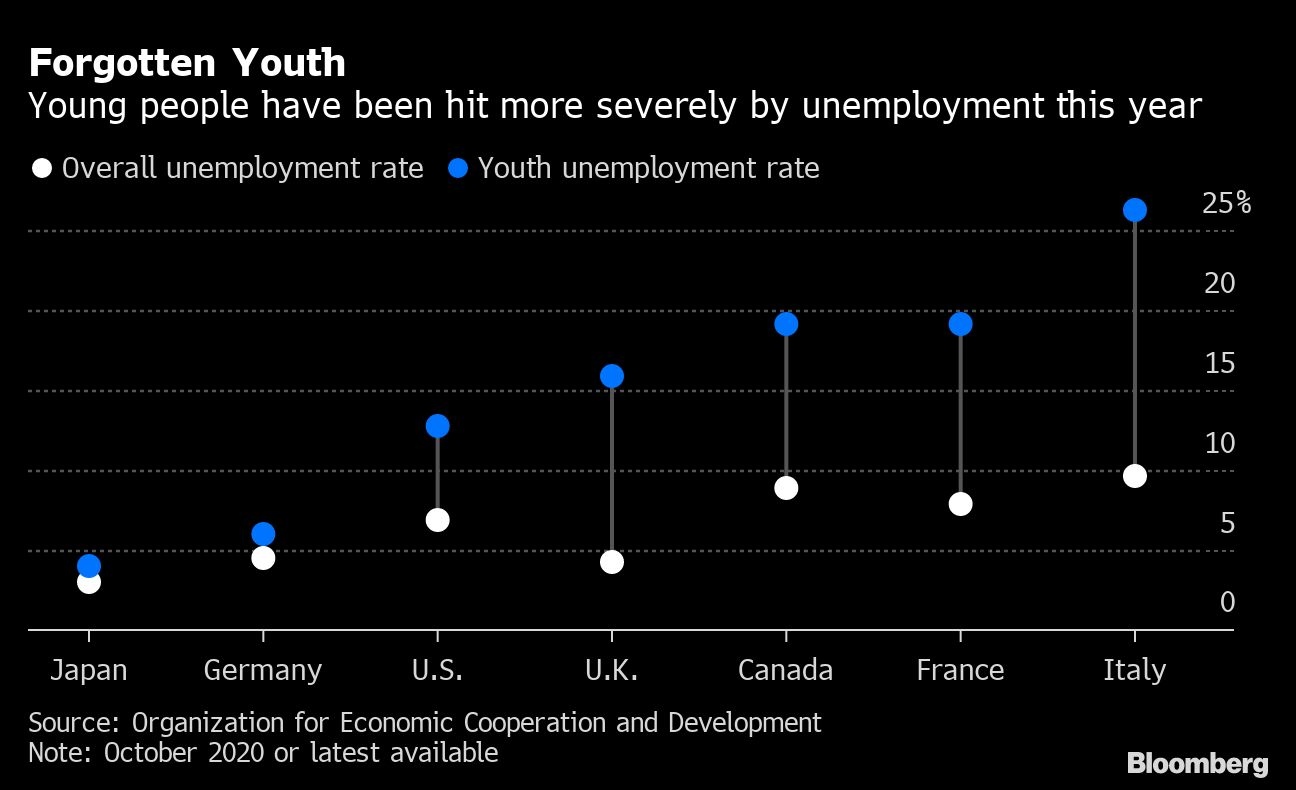 While the people at greatest risk of suffering severe cases of Covid-19 are of retirement age, the economic fallout has been greatest on the young. A look at unemployment rates across Group of Seven economies shows how severely the crisis has hurt 15-24 year olds. 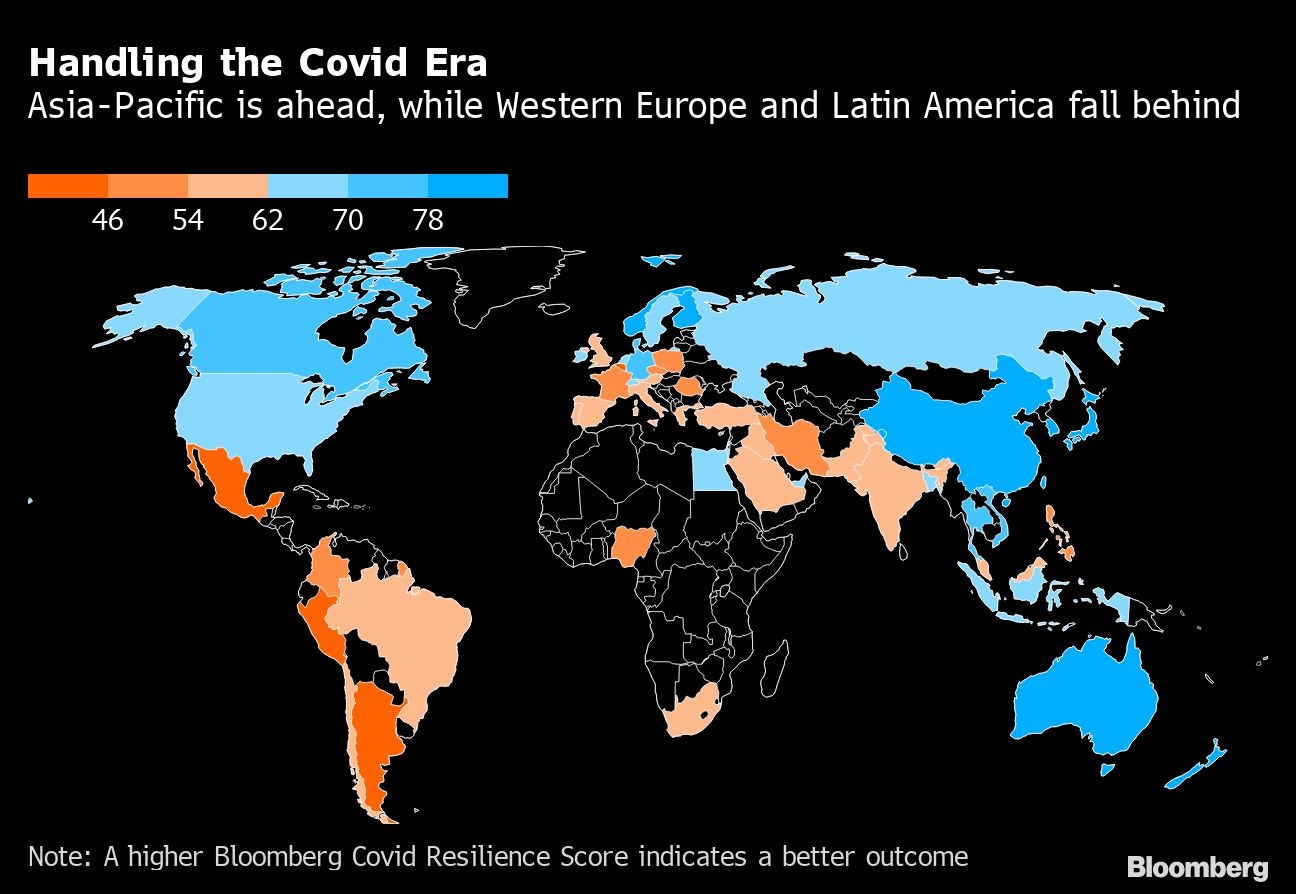 Bloomberg crunched the numbers to determine the best places to be in the coronavirus era. New Zealand had the highest score. Japan, at No. 2, was the only G-7 country to make the top 10.