On 19 December 2020, the National Development and Reform Commission (NDRC) and the Ministry of Commerce (MOFCOM) jointly issued the Measures for Security Review of Foreign Investment (New Measures) (the official Chinese text is available here; and an unofficial translation is available here). The New Measures, effective from 18 January 2021, represent China’s continued efforts to provide a clearer legal regime for national security review comparable to similar procedures in other developed economies, such as the CFIUS review in the United States.

How are the New Measures different from the existing regulations?

China’s national security review was first introduced in 2011 by the Circular of the General Office of State Council on the Establishment of Security Review for the Merger and Acquisition of Domestic Enterprises by Foreign Investors (2011 Circular). The 2011 Circular set forth a national security review regime where, similar to the foreign investment approval regime prior to the enactment of the Foreign Investment Law on 1 January 2020, MOFCOM would take the lead in the review of foreign investment for national security concerns in coordination with other government agencies. From 2015, the State Council issued the Circular on Issuing the Provisional Measures for National Security Review of Foreign Investment in Pilot Free Trade Zones (Free Trade Zone Circular), under which a slightly modified security review regime was created for foreign investment in the Shanghai, Guangdong, Tianjin and Fujian Pilot Free Trade Zones.

The most prominent difference is that the New Measures are intended to cover both direct and indirect foreign investments in China, in contrast to the existing national security review that applies only to foreign direct investment. As such, it seems that any investor acquiring indirect “actual control” of a Chinese target covered by the New Measures in an offshore transaction will likely be subject to a national security review in China.

Another different feature is that the New Measures establish a working mechanism jointly headed by NDRC and the MOFCOM at the central level. A Working Office will be set up under NDRC but will be jointly led by NDRC and MOFCOM, who will be responsible for the national security review of foreign investment. Unlike the prior regulations under which MOFCOM or its local counterparts are responsible for accepting security review filings, the Working Office is now authorized to accept direct filings submitted by the investor.

The New Measures also modify the existing review process. Under the New Measures, the security review will be a three-stage process as follows:

What are the issues with the New Measures?

There are still a number of issues to be clarified under the New Measures. For example, “national security” remains undefined and there is no clear guidance on what elements the Working Office will consider in determining whether there is national security concern2.

Further, covered sectors under the New Measures include, other than the military or national defense related business:

What is considered “key” is not set out in any regulation, leaving the Working Office with discretion to make a determination that may shift with changes in China’s foreign investment policies or national security outlook from time to time. Based on our recent experience, certain businesses requiring a value-added telecommunications service operating license could be subject to national security review. Further, with the recently revised technology export catalogue, foreign investment in Chinese big data or artificial intelligence companies may also be subject to national security review.

What should foreign investors do?

How the Coronavirus Impacted Citizenship by Investment Programmes USA – PRNewswire 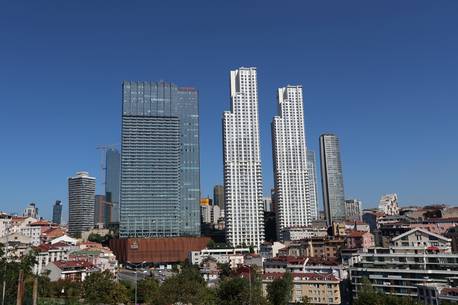 ANKARA (Reuters) – Turkey has announced a 2021 public investment programme worth 138.5 billion lira ($18.53 billion), with communication and transportation projects receiving the largest allocation of the investment funds.

The programme, published in the Official Gazette late on Friday, set aside nearly $6 billion for public investments in the transportation and communication sectors in 2021, and another $2.6 billion for education projects. Other investment areas include manufacturing, health, agriculture, tourism and energy.

Under the programme, Turkey’s Transport and Infrastructure Ministry will receive some $2 billion, while the State Hydraulics Works (DSI) will receive $1.8 billion and the Highways Directorate $1.75 billion.

President Tayyip Erdogan, who has been in power for nearly 20 years with five consecutive election victories, had until 2018 enjoyed steady annual growth of around 5% fuelled by cheap foreign credit and “mega projects” ranging from bridges and tunnels to highways, hospitals and other construction.


PM tells Freeland to spend as needed until crisis ends

Growing role for sustainability among financials will spread to issuers

Profits likely to remain under pressure in 2021, but capital and liquidity are strong