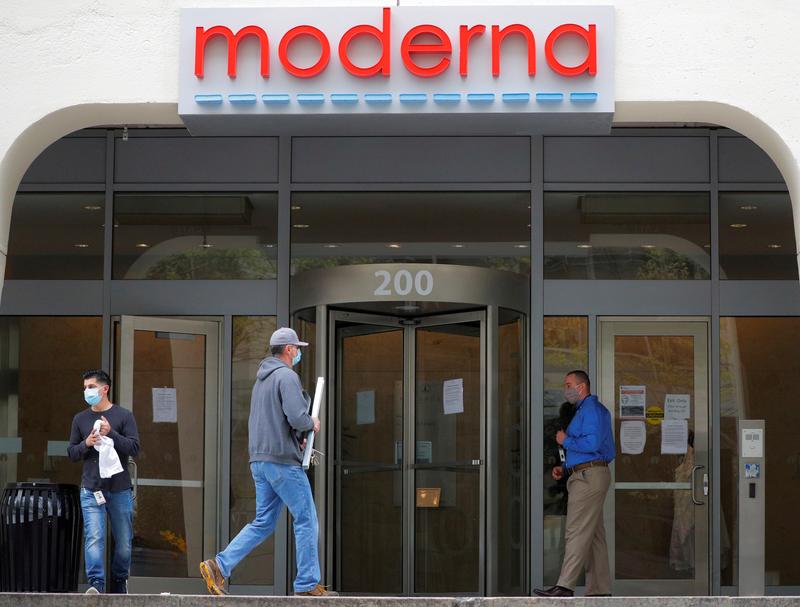 FILE PHOTO: A staff member places a coronavirus vaccine candidate from Sinovac Biotech Ltd at its booth for display during the 2020 China International Fair for Trade in Services (CIFTIS), following the COVID-19 outbreak, in Beijing, China September 5, 2020. REUTERS/Tingshu Wang

BEIJING (Reuters) – Chinese firm Sinovac Biotech Ltd (SVA.O) said on Monday its coronavirus vaccine candidate appeared to be safe for older people, according to preliminary results from an early to mid-stage trial, while the immune responses triggered by the vaccine were slightly weaker than younger adults.

Health officials have been concerned about whether experimental vaccines could safely protect the elderly, whose immune systems usually react less robustly to vaccines, against the virus that has led to nearly 890,000 deaths worldwide.

Sinovac’s candidate CoronaVac did not cause severe side effects in a combined Phase 1 and Phase 2 trials launched in May involving 421 participants aged at least 60, Liu Peicheng, Sinovac’s media representative, told Reuters. The complete results have not been published and were not made available to Reuters.

Four of the world’s eight vaccines that are in the third phase of trials are from China.

For three groups of participants who respectively took two shots of low, medium and high-dose CoronaVac, over 90% of them experienced significant increase in antibody levels, while the levels were slightly lower than those seen in younger subjects but in line with expectation, Liu said in a statement.

CoronaVac, being tested in Brazil and Indonesia in the final-stage human trials to evaluate whether it is effective and safe enough to obtain regulatory approvals for mass use, has already been given to tens of thousands of people, including about 90% of Sinovac employees and their families, as part of China’s emergency inoculation scheme to protect people facing high infection risk.

The potential vaccine could remain stable for up to three years in storage, Liu said, which might offer Sinovac some advantage in vaccine distribution to regions where cold-chain storage is not an option.

How A Tesla & Volkswagen Collaboration Could Help The Environment – CleanTechnica 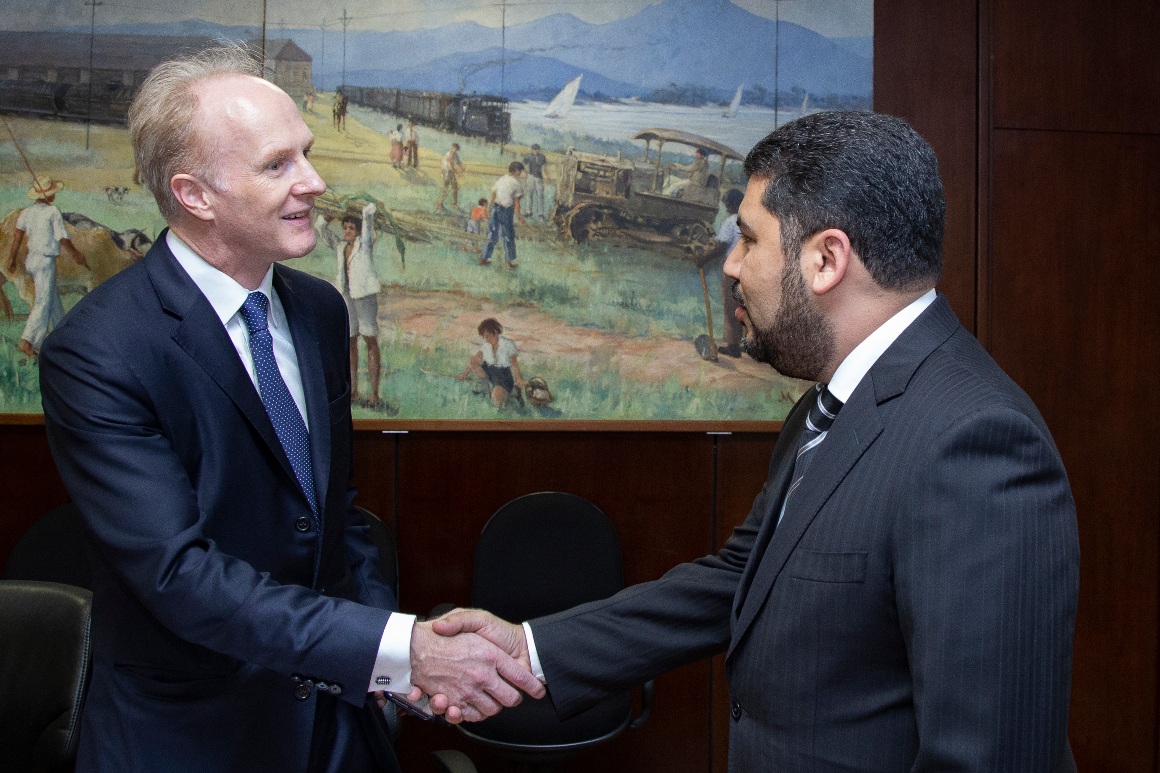 Mark Machin greets a person at an event. | Photo courtesy of Brazil’s Ministry of Development, Industry and Foreign Trade.

OTTAWA — The head of Canada’s biggest public pension fund abruptly resigned from his post shortly after news broke that he avoided the country’s sluggish vaccine rollout by traveling to the United Arab Emirates to get a Covid-19 shot.

“Recently, our CEO Mark Machin decided to travel personally to the United Arab Emirates where he arranged to be vaccinated against COVID-19,” the Canada Pension Plan Investment Board said in a statement Friday. “After discussions last evening with the Board, Mr. Machin tendered his resignation and it has been accepted.”

Machin has been president and CEO of CPPIB since June 2016. The overseas journey earlier this month enabled him to jump Canada’s months-long vaccination waiting list through the country’s public health system.

The story was first reported by the Wall Street Journal.

The CPPIB, which manages the assets of 20 million Canadian contributors and beneficiaries, had C$475.7 billion in investments around the world at the end of 2020.

Government reaction: Deputy Prime Minister Chrystia Freeland supported the “swift action” taken by CPPIB’s board of directors, one of her spokespeople wrote in an email Friday.

“While the CPPIB is an independent organization, we are very disappointed by this troubling situation,” Katherine Cuplinskas wrote in an email to POLITICO. “The Deputy Prime Minister spoke to the Chair of the Board of Directors today and made clear that Canadians place their trust in the CPPIB and expect it to be held to a higher standard. The federal government reiterates that now is not the time to travel abroad.”

What the story tells us: The public backlash over Machin offers a glimpse of how Canadians view those in positions of power and privilege who skip the public queue.

Machin’s trip, which allowed him to bypass millions of Canadians waiting for a Covid-19 shot, also came with Prime Minister Justin Trudeau’s government under intense pressure for a vaccine rollout that’s been far slower than peer countries, including the United States.

What’s next: CPPIB said, effective immediately, that John Graham has been appointed as the new CEO. Graham had been serving as CPPIB’s senior managing director and global head of credit investments.

The pension fund manager said Graham has been instrumental in helping to shape and execute its strategy over the last decade as a member of the senior management team.

“Leadership is, therefore, fundamental to meeting our objectives on behalf of Canadians and we take that responsibility of leadership very seriously,” the CPPIB said.

An inside look at Canadian politics and power in Ottawa.

U.S. health advisers endorsed a one-dose COVID-19 vaccine from Johnson & Johnson on Friday, putting the nation on the cusp of adding an easier-to-use option to fight the pandemic.

The U.S. Food and Drug Administration (FDA) is expected to quickly follow the recommendation and make J&J’s shot the third vaccine authorized for emergency use in the U.S. Vaccinations are picking up speed, but new supplies are urgently needed to stay ahead of a mutating virus that has killed more than 500,000 people in the country.

After daylong discussions, the FDA panellists voted unanimously that the benefits of the vaccine outweighed the risks for adults. If the FDA agrees, shipments of a few million doses could begin as early as Monday.

“There’s an urgency to get this done,” said Dr. Jay Portnoy of Children’s Mercy Hospital in Kansas City, Mo. “We’re in a race between the virus mutating and new variants coming out that can cause further disease and stopping it.”

Health Canada is still reviewing the vaccine. Canada has ordered 10 million doses from Johnson & Johnson with options for up to 28 million more, if necessary. Most of those shots are expected to arrive by the end of September. 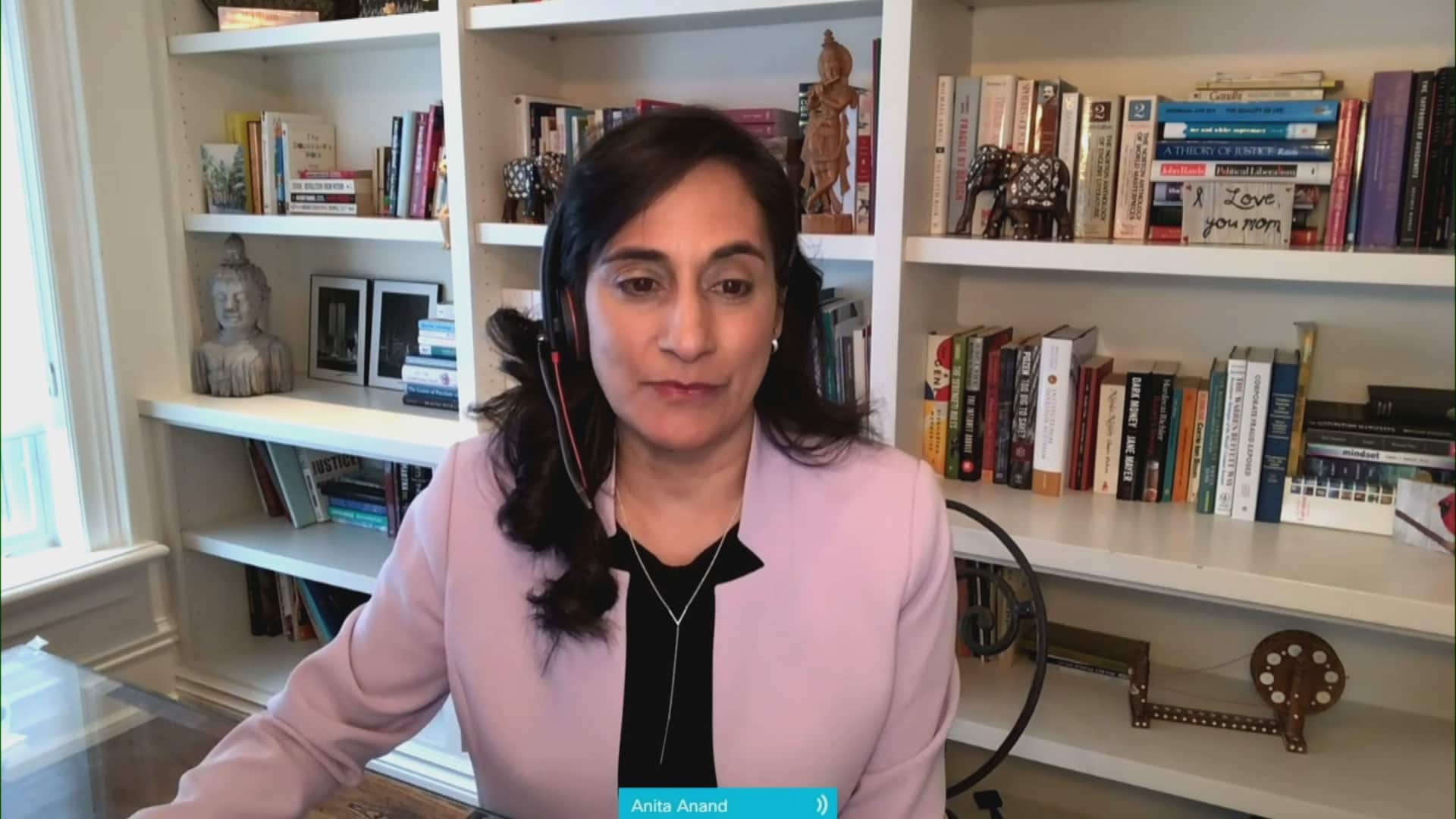 More than 47 million people in the U.S., or 14 per cent of the population, have received at least one shot of the two-dose vaccines from Pfizer and Moderna, which FDA authorized in December. But the pace of vaccinations has been strained by limited supplies and delays due to winter storms.

While early J&J supplies will be small, the company has said it can deliver 20 million doses by the end of March and a total of 100 million by the end of June.

J&J’s vaccine protects against the worst effects of COVID-19 after one shot, and it can be stored up to three months at refrigerator temperatures, making it easier to handle than the previous vaccines, which must be frozen.

One challenge in rolling out the new vaccine will be explaining how protective the J&J shot is after the astounding success of the first U.S. vaccines.

“It’s important that people do not think that one vaccine is better than another,” said panellist Dr. Cody Meissner of Tufts University.

The two-dose Pfizer and Moderna shots were found to be about 95 per cent effective against symptomatic COVID-19. The numbers from J&J’s study are not that high, but it’s not an apples-to-apples comparison. One dose of the J&J vaccine was 85 per cent protective against the most severe COVID-19. After adding in moderate cases, the total effectiveness dropped to about 66 per cent.

Some experts fear that lower number could feed public perceptions that J&J’s shot is a “second-tier vaccine.” But the difference in protection reflects when and where J&J conducted its studies.

J&J’s vaccine was tested in the U.S., Latin America and South Africa at a time when more contagious mutated versions of the virus were spreading. That wasn’t the case last fall, when Pfizer and Moderna were wrapping up testing, and it’s not clear if their numbers would hold against the most worrisome of those variants.

Importantly, the FDA reported this week that, just like its predecessors, the J&J shot offers strong protection against the worst outcomes, hospitalization and death.

While J&J is seeking FDA authorization for its single-dose version, the company is also studying whether a second dose boosts protection.

Panel member Dr. Paul Offit warned that launching a two-dose version of the vaccine down the road might cause problems.

“You can see where that would be confusing to people thinking, ‘Maybe I didn’t get what I needed,”‘ said Offit, a vaccine expert at Children’s Hospital of Philadelphia. “It’s a messaging challenge.”

J&J representatives said they chose to begin with the single shot because the World Health Organization and other experts agreed it would be a faster, more effective tool in an emergency.

Cases and hospitalizations have fallen dramatically since their January peak that followed the winter holidays. But public health officials warned that those gains may be stalling as more variants take root in the U.S.

“We may be done with the virus, but clearly the virus is not done with us,” Centers for Disease Control and Prevention director Dr. Rochelle Walensky, said, speaking at the White House on Friday. She noted that new COVID-19 cases have increased over the past few days.

While it’s too early to tell if the trend will last, Walensky said adding a third vaccine “will help protect more people faster.” More vaccines are in the pipeline.

On Sunday, a CDC panel is expected to meet to recommend how to best prioritize use of the J&J vaccine.

Other parts of the world already are facing which-is-best challenges. Italy’s main teachers’ union recently protested when the government decided to reserve Pfizer and Moderna shots for the elderly and designate AstraZeneca’s vaccine for younger, at-risk workers. AstraZeneca’s vaccine was deemed to be about 70 per cent effective in testing.

Canada became the latest country Friday to allow use of AstraZeneca’s vaccine.