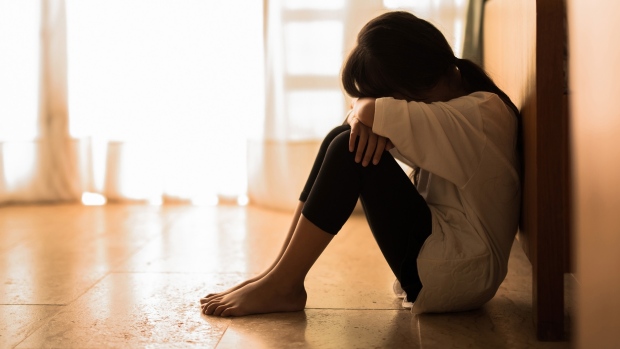 TORONTO —
There has been a surge in femicide – the gender- and sex-related killing of women and girls – around the world in recent years, with the pandemic playing a role, says a Canadian gender-based violence expert.

Repeated lockdowns and limited access to services and shelters, as well as tense home environments, all a result of the COVID-19 pandemic, have contributed to a steady rise in femicide, according to University of Guelph researcher Mryna Dawson.

“The numbers are showing increases over the three years – pre-COVID-19, beginning of COVID-19 and as COVID-19 continues – and in that context, it is something that we should be concerned about,” she said in a news release.

“Not only because the numbers are increasing, but because these numbers are only capturing women and girls who were killed. This does not capture the increase in those who have and continue to experience violence.”

“That’s an increase of 32 women and girls killed from 2019 to 2021,” she said. “Canada is not the only country experiencing these continual increases in numbers. It’s a global trend.”

It’s possible the uptick may be the result of changing dynamics in the home due to lockdowns and stay-at-home orders, which could have led to bad domestic situations for victims of violence becoming even worse.

“These orders do not suddenly turn previously non-violent men into violent men,” Dawson said. “Instead, it’s likely exacerbated the violence some women and children have already been living with and limiting their options in terms of dealing with it like they may have done before the pandemic.”

There are also fewer options available for those who may be in need of services and shelters due to restrictions brought on by the pandemic.

In addition, women have been more negatively affected than men during the pandemic in terms of job losses and reduced access to childcare.

“We know that a key contributor to male violence against women is gender inequality and the pandemic has significantly increased inequality,” Dawson said. “Throughout the pandemic, women have lost more jobs, are picking up childcare responsibilities and stepping in to educate children when schools close. This is what disaster patriarchy looks like. When there is a disaster, women are typically impacted more profoundly than men, materially speaking and in terms of experiences of violence. They are closely connected.”

Nov. 25 is the International Day for the Elimination of Violence Against Women. It’s a day the United Nations kicks off 16 days of activism leading up to World Human Rights Day on Dec. 10. The federal government is encouraging Canadians to participate.

“Living in fear of violence is a reality for too many Canadian women,” Prime Minister Justin Trudeau said in a statement Thursday. “More than four in 10 women in Canada have experienced some form of psychological, physical, or sexual violence from an intimate partner. Some women and girls continue to be at a higher risk of gender-based violence due to the discrimination and additional barriers they face because of their sexuality, race, disability, or social and economic situation.

“Since the outbreak of COVID-19, there have been escalated rates of gender-based violence around the world. The social and economic impact of the public health emergency has resulted in a shadow pandemic. It has underscored the systemic issues that lead to violence, as well as the gaps in support to protect and prevent those at risk from harm.”

Without real societal changes, Dawson says, rates of femicide will remain stable and possibly increase with variables such as the COVID-19 pandemic.

“While the pandemic has changed the dynamics of violence in some ways, the experiences, consequences and solutions have not changed significantly, so everything that feminists and anti-violence against women organizations have been saying for decades still applies,” she said. “Gender equality or equity is key. We cannot fully prevent violence without addressing the contributions of misogyny and male entitlement.”

If you are experiencing domestic abuse and seeking help you can access the following service:

Up to 10% of homes could now be 'uninsurable' because of flood risk. Could yours be one? – CBC.ca 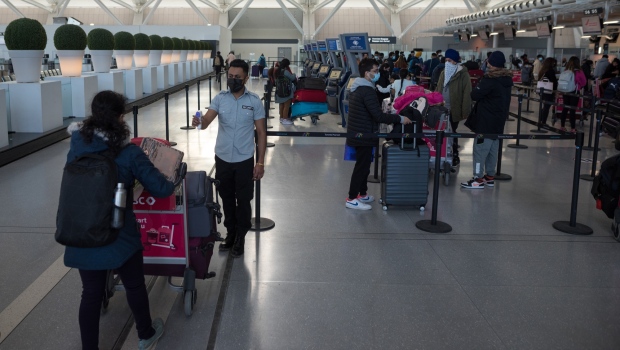 TORONTO —
For many Canadians, the Omicron variant wasn’t going to stop their holiday travel plans.

Despite the federal government’s advisory against travelling outside of Canada amid surging COVID-19 cases taking effect midway through December, last month saw more international travel to and from Canada than any other period since the start of the pandemic.

Data collected by the Canada Border Services Agency and the Public Health Agency of Canada shows that 742,400 Canadians flew back into the country through Canadian airports in December. That’s a nearly eight-fold increase from December 2020, which only saw 93,800 Canadian travellers.

The week of Dec. 27 to Jan. 2, right after Christmas, saw the highest volume of travel into Canada. There were 215,665 Canadian citizens who returned to Canada by air that week.

Although air travel appears to have rebounded significantly, these numbers are still a far cry from December 2019, which saw over 1.1 million Canadians and 577,800 foreign nationals travel by air.

At the land border, there were 608,900 Canadians returning from the U.S. in December, which is up four times from the previous year. Americans also took 291,600 trips to Canada that month.

In response to rising COVID-19 cases driven by Omicron, the federal government on Dec. 15 issued an advisory urging Canadians to avoid all non-essential travel outside of the country. The feds also tightened testing requirements at the border on Dec. 21, once again mandating that all travellers entering Canada present a negative molecular test result, regardless of trip length or vaccination status.

Cross-border trips also plummeted after the testing requirement went into effect. In the first 20 days of December, 24,600 Canadians on average returned from the U.S. After Dec. 21, the average fell to 10,600, less than half of what it was earlier in the month.

Travellers returning to Canada by air from any country other than the U.S. may also be randomly selected to undergo a PCR test on arrival. But as provinces struggle with their own PCR testing capacity, airports and airlines say testing arrival testing is not the best use of resources and have called on the federal government to drop the requirement.

On the U.S. side, the Department of Homeland Security now requires Canadians and other foreign travellers entering through its land borders to be fully vaccinated as of Saturday. Foreign travellers flying into the U.S. had already been required to present proof of vaccination.

Pope Francis on Sunday for the first time conferred the lay Roman Catholic ministries of lector and catechist on women, roles that previously many had carried out without institutional recognition.

He conferred the ministries at a Mass in St. Peter’s Basilica, where, in an apparent reference to resistance to change by some conservative, he criticised those who need to have rigid regulations and “more rules” in order to find God.

Last year, Francis changed Church law on the ministries of lector and acolyte, which mainly had been reserved to seminarians preparing for priesthood, saying he wanted to bring stability and public recognition to women already serving in the roles.

Lectors read from scripture, acolytes serve at Mass, and catechists teach the faith to children and adult converts.

The ministries of lector and acolyte existed before but were officially reserved to men. Francis instituted the ministry of the catechist last year.

At Sunday’s Mass the pope installed six women and two men as lectors and three women and five men as catechists. Francis gave a bible to each lector and a crucifix to each catechist.

The formalisation, including a conferral ceremony, will make it more difficult for conservative bishops to block women in their dioceses from taking on those roles.

The change will be particularly important as a recognition for women in places such as the Amazon, where some are the de facto religious leaders of remote communities hit by a severe shortage of priests.

The Vatican stressed that the roles are not a precursor to women one day being allowed to become priests. The Catholic Church teaches that only men can be priests because Jesus chose only men as his apostles.

Supporters of a female priesthood say Jesus was conforming to the customs of his times and that women played a greater role in the early Church than is commonly recognised.

Francis has appointed a number of women to senior jobs in Vatican departments previously held by men.

Pope Francis on Sunday called for an international day of “prayer for peace” on January 26 to stop the Ukraine crisis from worsening, saying the tensions were threatening the security of Europe and risking vast repercussions.

Francis announced the prayer day and made the appeal for dialogue to defuse the crisis during his weekly address and blessing to pilgrims and tourists in St. Peter’s Square.

Top U.S. and Russian diplomats failed https://www.reuters.com/world/top-diplomats-us-russia-meet-geneva-soaring-ukraine-tensions-2022-01-21 on Friday to make a major breakthrough in talks to resolve the crisis over Ukraine, although they agreed to keep talking. On Sunday, Britain accused Russia of seeking to install a pro-Russian leader in Ukraine.

“I am following with concern the rising tensions that threaten to deliver a new blow to peace in Ukraine and put the security of Europe in doubt, with even more vast repercussions,” he said.

He appealed to “all people of good will” to pray next Wednesday so that all political initiatives “be for the service of human fraternity” rather than partisan interests. The Vatican gave no immediate details on how the pope would mark the day.

“Those who pursue their interests by damaging others are in contempt of his vocation as a man, because we were all created as brothers,” he said, without elaborating.