“The risk of rapid re-acceleration remains,” Tam said. “At the same time new variants continue to emerge … and can become predominant.”

Tam added that daily COVID-19 case counts are nearly 75 per cent higher than they were last spring, and that the average daily case counts in Ontario, Alberta and British Columbia have increased between eight and 14 per cent over the previous week.

While Tam warned that variants can spread more quickly and easily become dominant, progress on the vaccine front is a source of optimism, she noted.

“To date, over 1.7 million doses of COVID-19 vaccine have been administered across Canada. And there are early indications of high vaccine efficacy.”

On Friday, Health Canada regulators approved the COVID-19 vaccine from Oxford University-AstraZeneca for use in Canada — clearing the way for millions more inoculations in the months ahead.

The department’s regulators concluded the shot has an efficacy rate of 62 per cent and have authorized it for use in all adults 18 and older.

While it’s less effective than the Pfizer-BioNTech and Moderna vaccines at preventing infection, the shot is 100 per cent effective in preventing the severe outcomes of COVID-19 — including serious illness, hospitalizations and death — the regulators said.

Manitoba confirmed 64 new cases and one death. The province’s test positivity rate is now at 3.9 per cent, its lowest point in more than four months. 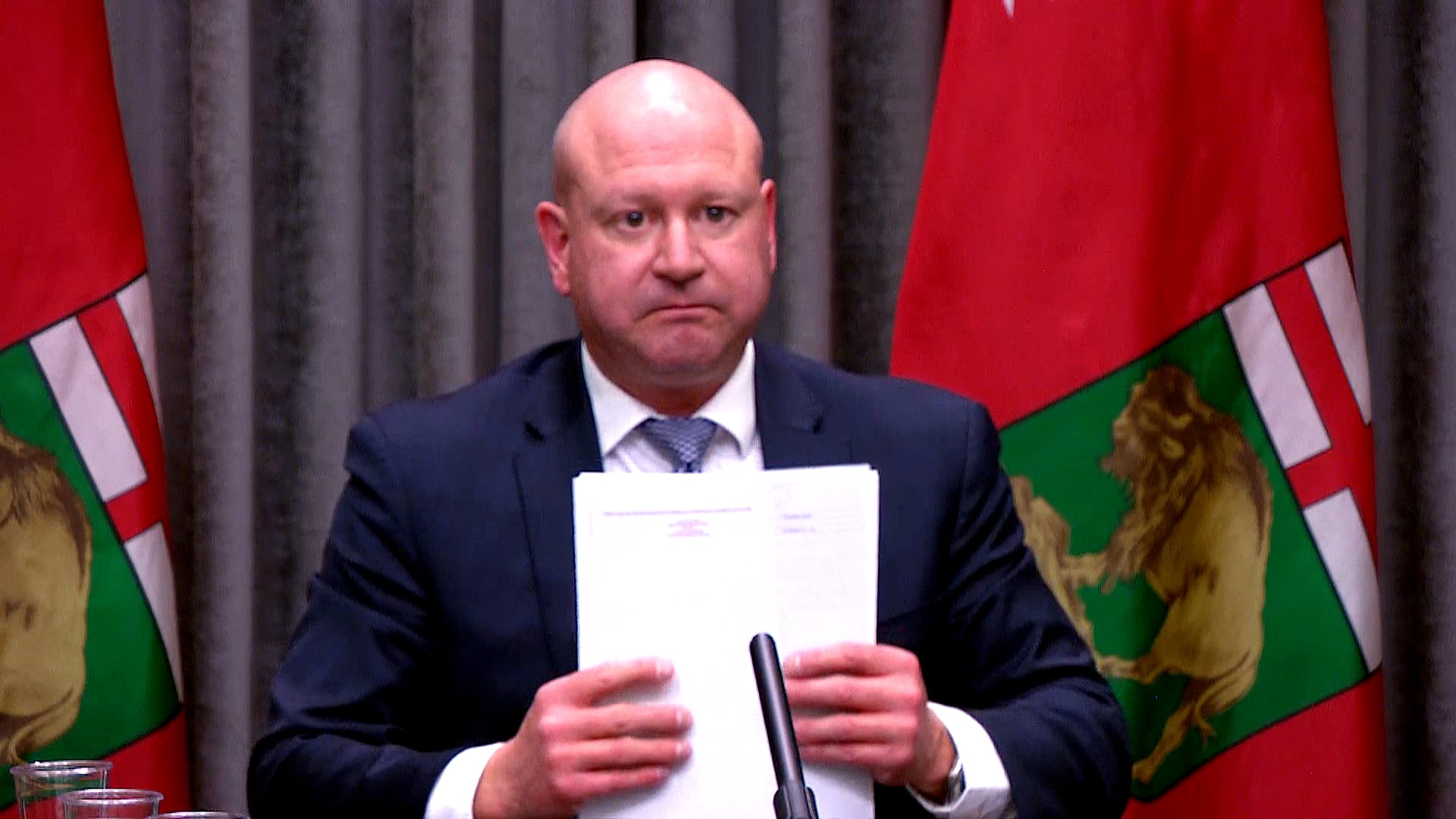 Ontario reported 1,258 new cases on Friday, its highest daily case count since Feb. 13, as well as 28 new deaths. The seven-day average of daily cases climbed to 1,114, marking a sixth straight day of increases.

The province also announced it is activating an “emergency brake” in Thunder Bay and Simcoe-Muskoka, sending the regions back into lockdown to “immediately interrupt transmission and contain community spread.”

Quebec reported 815 new cases and 11 new deaths on Friday, a day after long-awaited vaccinations of the general population got underway.

Gisèle Fortaich, 86, was among those to receive the vaccine at Laval’s mass vaccination centre Thursday, telling reporters she wanted to be sure to get the vaccine after a harrowing experience at the hospital with COVID-19 some months ago.

“It wasn’t easy to stay at the hospital that long,” Fortaich said. “What I went through, I’m telling myself it’s over now and I’m looking to the future.” 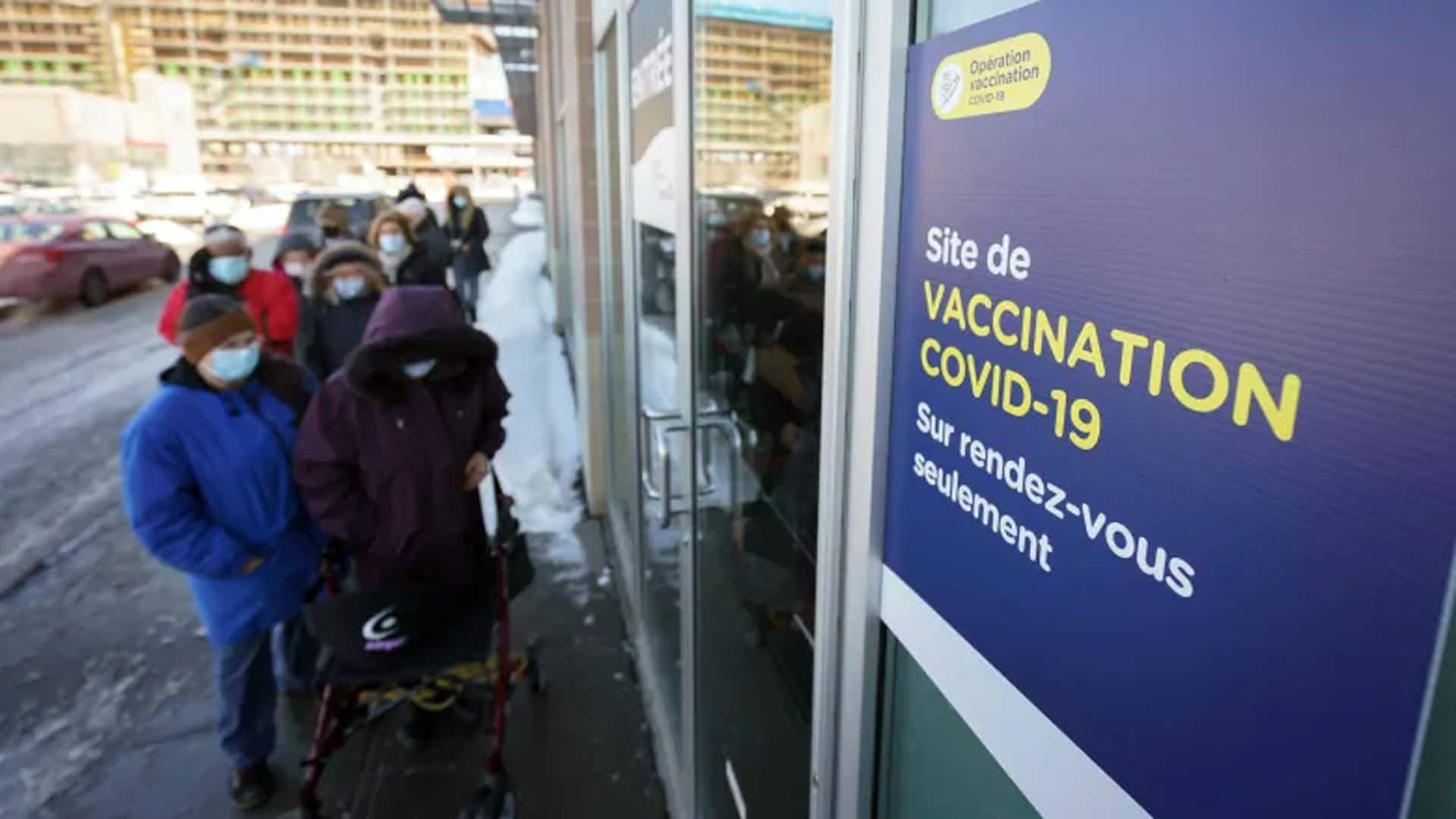 Quebec plans to introduce ‘immunity passports’ at some point, which will allow people to prove they’ve been vaccinated and make it simpler to travel and perhaps even open some sectors of the economy. The concept is controversial, however, with some leaders calling it divisive and discriminatory. 4:41

New Brunswick is just over a week away from rolling into the less-restrictive yellow phase, says the province’s Chief Medical Officer of Health Dr. Jennifer Russell.

Nova Scotia is introducing new restrictions as it tries to stem an increase in COVID-19 cases. The province reported 10 new cases of COVID-19 on Friday after reporting eight the day before.

Beginning Saturday, restaurants and bars in the Halifax area must stop serving food and drink by 9 p.m. and must close by 10 p.m. Restrictions are also being placed on sports, arts and culture events. In Prince Edward Island, all young people in Summerside age 14 to 29 are being urged to get tested immediately, whether or not they have any symptoms, after Chief Public Health Officer Dr. Heather Morrison announced a cluster of new cases there.

In Nunavut, authorities have identified another case in the hamlet of Arviat, a community of about 3,000 people where 312 cases have been confirmed since November. Active cases there are now at 26.

In the Northwest Territories, a Gahcho Kué mine worker who contracted COVID-19 is in critical condition, health authorities confirmed Friday. The territory has seen four people total hospitalized for complications related to COVID-19, with three connected to the Gahcho Kué mine. All but one have recovered.

As of Friday, more than 113.2 million cases of COVID-19 had been reported worldwide, with 63.8 million of them listed as recovered on a tracking site maintained by Johns Hopkins University. The global death toll stood at more than 2.5 million, according to the U.S.-based university.

In Asia, South Korea administered its first available shots of COVID-19 vaccines to people at long-term care facilities, launching a mass immunization campaign that health authorities hope will restore some level of normalcy by the end of the year.

In Europe, French authorities have ordered a local weekend lockdown starting on Friday evening in the French Riviera city of Nice and the surrounding coastal area to try to curb the spread of the virus.

In the Americas, the U.S. House of Representatives is set to pass a $1.9 trillion US COVID-19 relief package on Friday.

In Africa, Ivory Coast has become the second country in the world, after Ghana, to receive a shipment of COVID-19 vaccines from the global COVAX initiative. It has received 504,000 doses of the Oxford-AstraZeneca vaccine made by the Serum Institute of India.

COVID-19 warning: BC called 'the Florida of Canada' by epidemiologist – CTV News Vancouver