Some provinces are speeding up plans to get people inoculated against COVID-19, following the approval of a fourth vaccine and increased supplies.

Those adjusting their timetables for vaccine rollouts include Ontario. The head of the province’s COVID-19 task force, retired general Rick Hillier, said on Friday he hopes everyone who wants a vaccine will get one by the start of summer.

He said all adults in Ontario could receive the first dose of a COVID-19 vaccine by June 20 now that extra doses are on their way to Canada.

On Friday, federal officials announced expedited shipments of 3.5 million doses of the COVID-19 shot from Pfizer-BioNTech, the same day Health Canada approved Johnson & Johnson’s vaccine candidate, which is not expected to ship before April.

Prime Minister Justin Trudeau said Pfizer doses originally set to arrive in the summer would instead be delivered over the spring. He said Canada should have eight million doses available of several vaccine types by the end of March.

WATCH | Ontario to accelerate inoculations as vaccine supply ramps up: 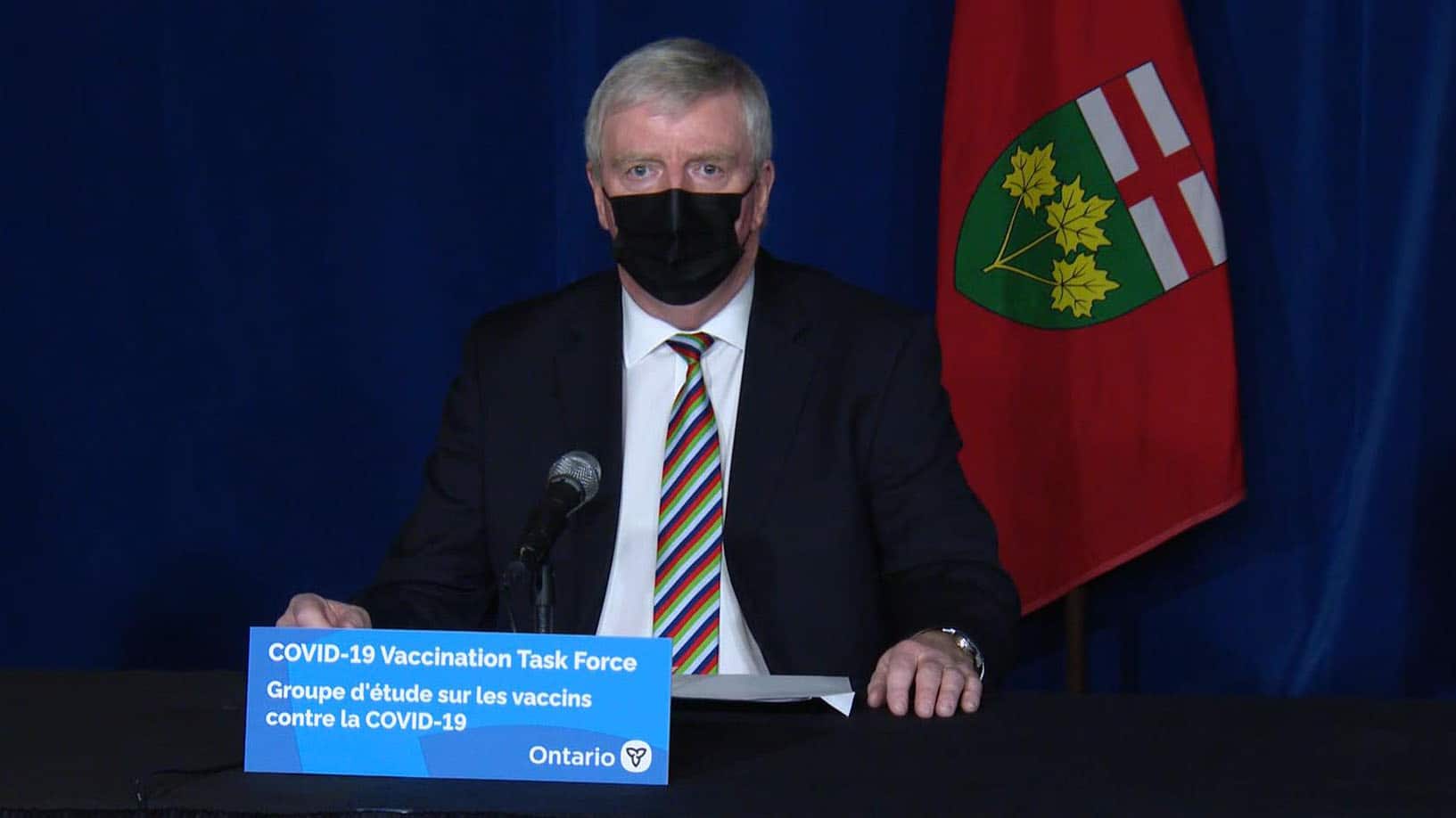 Retired general Rick Hillier, head of Ontario’s Vaccine Distribution Task Force, says the addition of two newly approved COVID-19 vaccines will allow the province to ‘crush those timelines’ and get one dose of vaccine into every willing Ontarian who is eligible by June 20. 1:17

Meanwhile, Manitoba announced that all eligible adults in the province could have at least one dose of a COVID-19 vaccine by mid-May or the end of June at the latest.

In New Brunswick, chief medical officer of health Dr. Jennifer Russell said Friday that with the expected arrival of the province’s first shipment of the two-dose AstraZeneca-Oxford vaccine later this month, New Brunswick is pledging to provide one dose of COVID-19 vaccine to every New Brunswicker before the end of June.

Alberta has also revised its estimates around vaccines, with Health Minister Tyler Shandro saying on Thursday that the province expects “to have offered every single adult in the province at least one dose of COVID-19 vaccine” by June 30.

Nova Scotia Premier Iain Rankin called the federal go-ahead for the Johnson & Johnson vaccine a “positive step forward” on Friday, as health officials geared up for the opening of the first of 10 community inoculation clinics across the province next week.

Rankin confirmed that the province would be adopting a 16-week interval between the first and second doses, so all Nova Scotians who want to be vaccinated will get one shot by the end of June. 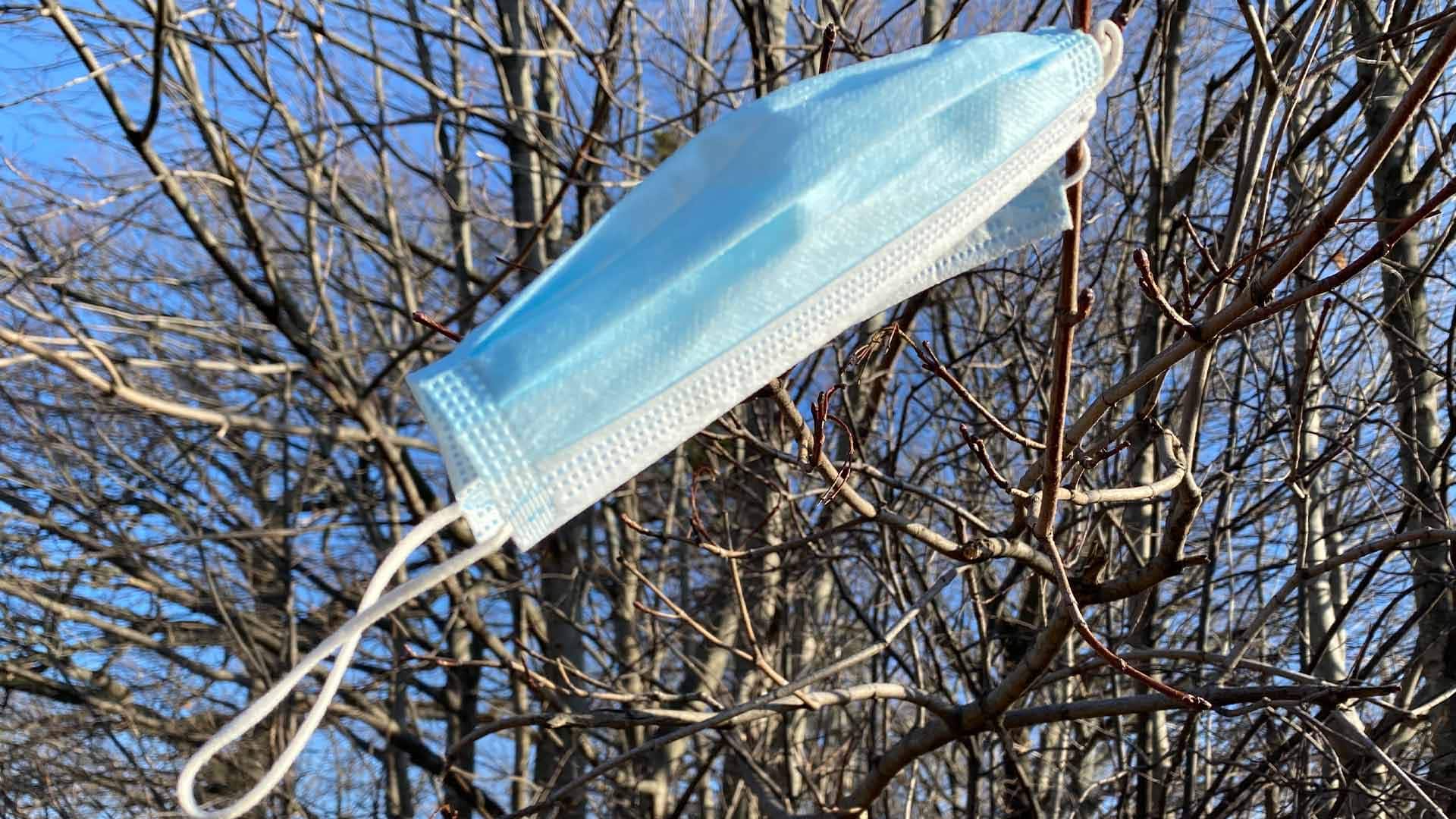 Across Canada, research engineers and physicians are developing recycling systems and pushing for more sustainable options to reduce hospital waste. That’s because the COVID-19 pandemic has caused a surge in use of personal protective equipment, which has meant more plastics ending up in landfills. The federal government estimates 63,000 tonnes of COVID-19 related PPE ended up as waste last year. 2:01

Health officials in Newfoundland and Labrador reported one new case of COVID-19 on Friday and announced that four testing centres will be accepting appointments for asymptomatic people to get tested.

Ontario, which reported 990 new cases of COVID-19 on Saturday and six additional deaths, is planning to loosen restrictions next week in Toronto and Peel Region, lifting a strict stay-at-home order imposed earlier this year.

Three Toronto transgender women of colour share how they’re enduring the pain and isolation of pandemic social restrictions and how they’re looking forward to better days. 4:05

The two regions, along with North Bay-Parry Sound, were the last ones still under the order, while most of the province transitioned back to the government’s colour-coded pandemic response framework last month.

Quebec reported 798 new cases of COVID-19 on Friday and 10 additional deaths. Hospitalizations stood at 617, with 111 COVID-19 patients in the province’s intensive care units, according to a provincial dashboard.

Manitoba reported 54 new cases of COVID-19 on Friday, along with one related death.

Saskatchewan reported 207 new cases of COVID-19 on Friday, along with two related deaths.

Across the North, Nunavut reported four new cases of COVID-19 on Friday, all of them in the hamlet of Arviat.

As of Saturday morning, more than 116.1 million cases of COVID-19 had been reported around the world, with more than 65.6 million of the cases listed on the Johns Hopkins University tracking site as resolved. The global death toll stood at more than 2.5 million.

Some activities will remain banned, including weddings and corporate meetings. Social gatherings will continue to be limited to a maximum of 20 people, SPA said, citing an Interior Ministry source.

In Japan, about 70 anti-Olympics protesters gathered and marched in central Tokyo on Saturday to call for the cancellation of the Olympic Games this summer.

The protest march started from National Stadium where the opening ceremony for the Games is planned, and went through the busy shopping street of Omote Sando.

“We think it is too reckless to hold Olympics in this situation,” said one protester, Yoko Kataoka, citing the country’s not-contained COVID-19 situation.

WATCH | WHO says patents should be waived to get more vaccine made in more countries: 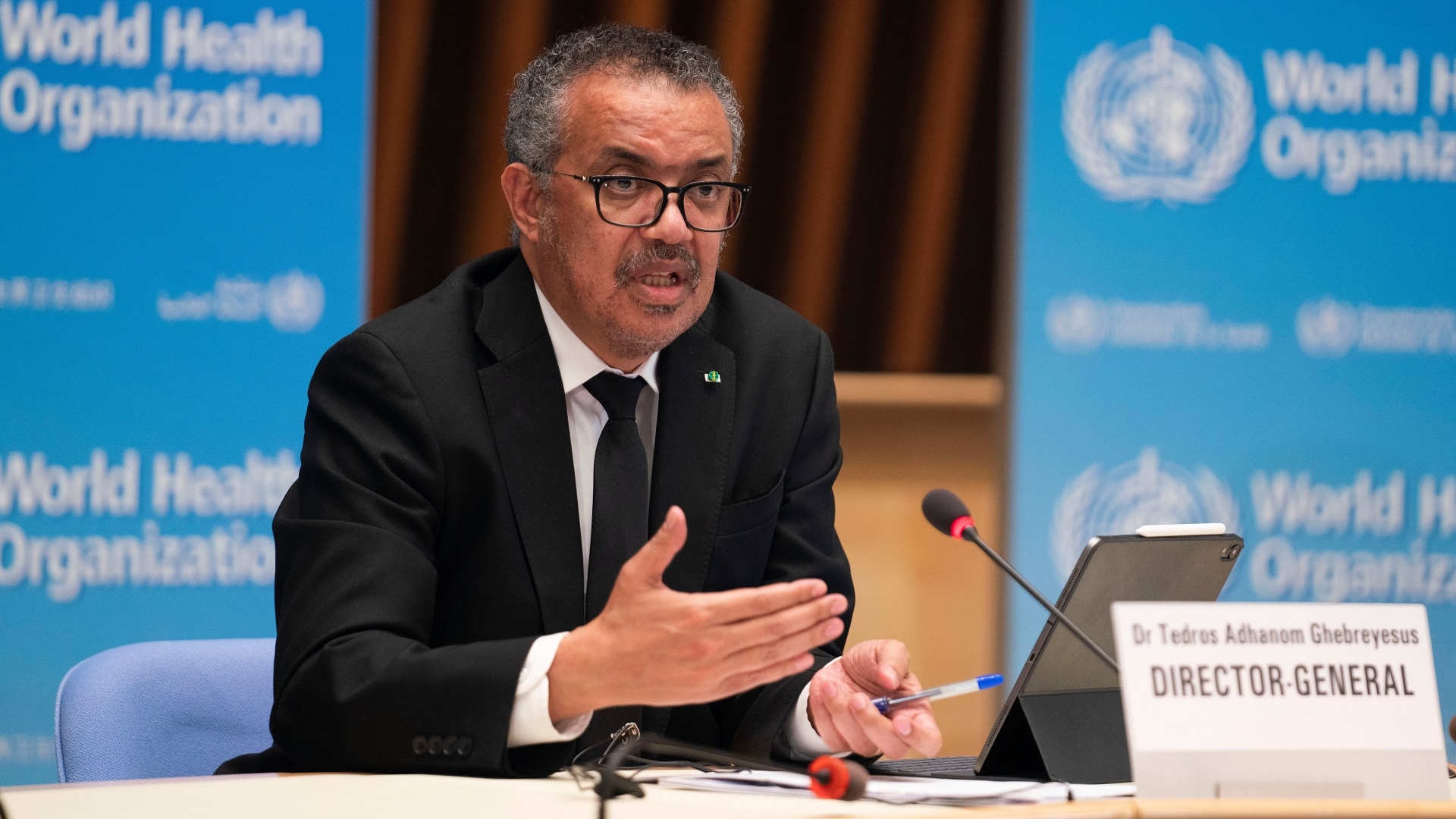 There isn’t enough COVID-19 vaccine getting to countries through the COVAX system, says the World Health Organization, so it’s recommending an emergency waiver of medical patents to ramp up vaccine production in developing countries. 0:53

In Germany, supermarket chain Aldi began selling coronavirus home testing kits on Saturday. They are only available directly at the supermarket checkout and are limited to one pack per customer. Each contains five rapid tests and costs about 25 euros ($37 Cdn.)

In some cases, long queues formed in front of many supermarket stores and supplies quickly sold out. Other German supermarket chains, such as Lidl, Rewe and Edeka, also plan to offer rapid tests soon.

So far, seven brands of home testing kits have been granted the special permission.