Israel has opened most of its economy as part of its final phase of lifting coronavirus lockdown restrictions, some of them in place since September.

Bars and restaurants, event halls, sporting events, hotels and all primary and secondary education may reopen to the public on Sunday, with some restrictions on entry and capacity. The move comes after months of government-imposed shutdowns.

The Israeli government approved the easing of limitations Saturday night, including the reopening of the main international airport to a limited number of incoming passengers each day.

Most large public activities, including dining at restaurants, are available to people vaccinated against the coronavirus. Israel has sped ahead with its immunization campaign. More than 52 per cent of its population has received one dose and almost 40 per cent have had two doses of the Pfizer vaccine, one of the highest rates in the world.

Meanwhile, Canada’s chief public health officer pointed to the country’s accelerating vaccine campaign as a reason for optimism, but she also warned against complacency.

Dr. Theresa Tam said in a statement on Saturday that more than 2.2 million vaccine doses have been administered across Canada as of Friday and that cases have “levelled off” after experiencing a decline from mid-January through mid-February.

But she noted that these encouraging signs don’t mean pandemic challenges have ended, and she urged Canadians to continue following public health guidance and practising individual precautionary measures.

In an interview with CBC’s Rosemary Barton Live on Sunday, Tam said it’s important to “just hang on in there for a bit longer” so that vaccines can be provided “to as many people as possible” and Canadians can “break the most severe consequences, the crisis phase of this pandemic.”

Canada is expanding its stockpile of shots to protect against COVID-19, prompting provinces to accelerate their vaccine rollouts.

Health Canada approved the one-dose vaccine from Johnson & Johnson on Friday, making it the fourth to be approved for use in the country. Meanwhile, the manufacturer of the Pfizer-BioNTech vaccine is ramping up shipments ahead of the summer.

The National Advisory Committee on Immunization has also recommended that time between doses of COVID-19 vaccines can be changed from three weeks to four months, which would allow provinces to at least partially inoculate as many people as quickly as possible. 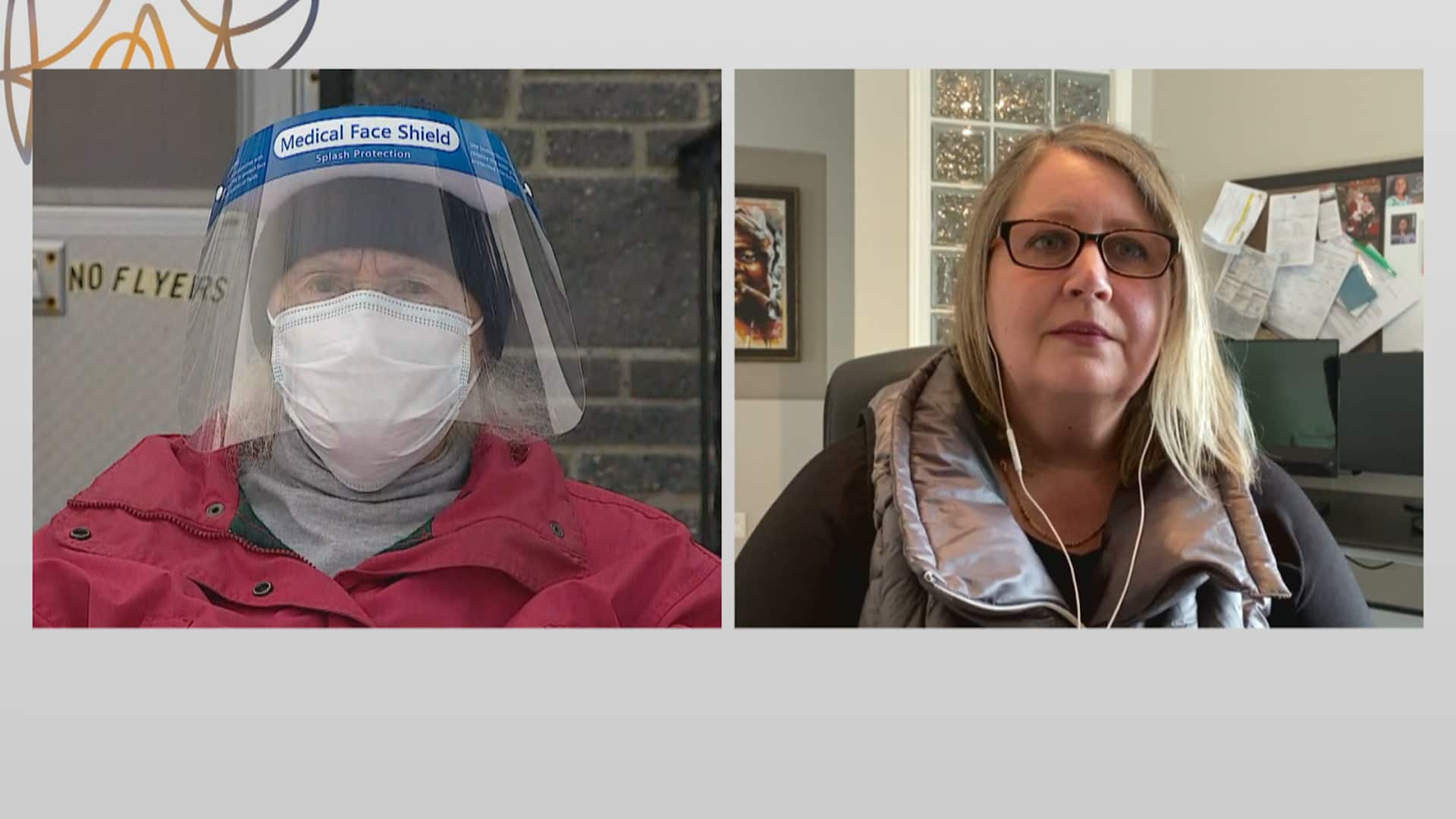 Linda Dickinson, a senior living in Alberta, got her first dose of the COVID-19 vaccine. She says getting the vaccine made her feel like a free person. 0:48

Manitoba on confirmed 71 more cases of COVID-19 and one more death from the illness.

The COVID-19 hot spots of Toronto and Peel Region — which have been under stay-at-home orders since Dec. 26 — will move into the less strict grey zone of Ontario’s reopening framework, starting Monday. Non-essential retail will be allowed to reopen with strict capacity limits.

Stay-at-home orders are also being lifted in North Bay-Parry Sound, and the region will return to the framework’s red-control level. 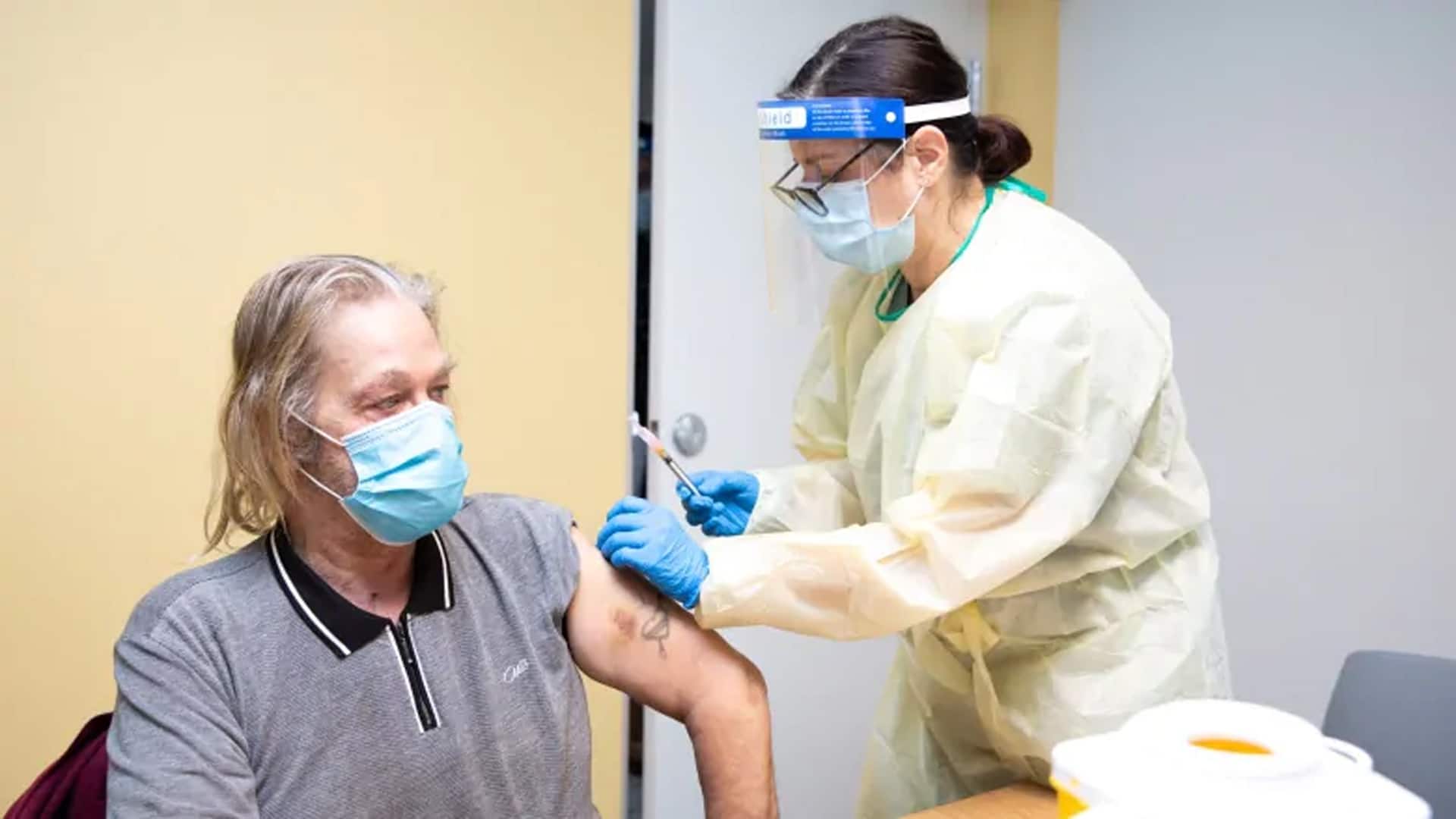 Toronto has begun administering vaccines to people in the city’s shelter system. Provincial officials have updated the vaccination framework to include those experiencing homelessness as part of its Phase 1 priority for vaccinations. 6:47

Quebec provincial police handed out 36 tickets of $1,500 to a group of people who gathered in a chalet in Stoneham, outside Quebec City, on Saturday night. Police say neighbours called them about an illegal gathering at a rented chalet.

Police say most of the people came from outside of the Capitale-Nationale region, which is slated to go from being a designated red zone to a less-restrictive orange zone on Monday.

New Brunswick confirmed six new cases Saturday as the entire province prepares to return to the less-restrictive yellow phase at the end of the weekend.

Newfoundland and Labrador reported one new case and one new recovery on Sunday.

Yukon has unveiled its strategy on what the territory will need to achieve before it will reduce or modify some of its COVID-19 restrictions, including changes to self-isolation requirements, expanding social bubbles and easing capacity limits inside bars and restaurants.

As of Sunday, more than 116.6 million cases of COVID-19 had been reported around the world, with more than 65.9 million of the cases listed on the Johns Hopkins University tracking site as resolved. The global death toll stood at more than 2.5 million.

Austrian authorities have suspended inoculations with a batch of AstraZeneca’s COVID-19 vaccine as a precaution while investigating the death of one person and the illness of another after the shots, a health agency said on Sunday.

“The Federal Office for Safety in Health Care (BASG) has received two reports in a temporal connection (closeness in time) with a vaccination from the same batch of the AstraZeneca vaccine in the district clinic of Zwettl” in Lower Austria province, it said.

“Currently there is no evidence of a causal relationship with the vaccination,” BASG said.

Swiss newspaper Niederoesterreichische Nachrichten, as well as broadcaster ORF and the APA news agency, reported that the women were both nurses who worked at the Zwettl clinic.

BASG said blood clotting was not among the known side-effects of the vaccine. It was pursuing its investigation vigorously to completely rule out any possible link.

AstraZeneca had no immediate comment when contacted by Reuters.

In the United States, the Democratic-led Senate has passed President Joe Biden’s $1.9 trillion US COVID-19 relief bill by a razor-thin margin, sending it back to the House of Representatives, which could pass it on Tuesday and have it ready for a presidential signature before unemployment aid programs expire on March 14.

After an all-night debate, the Senate voted 50-49 for the package on Saturday, with no Republicans voting in favour.

The package includes a third round of stimulus payments up to a maximum of $1,400 for individual Americans earning $75,000 or less per year.

The latest news on COVID-19 developments in Canada – 95.7 News