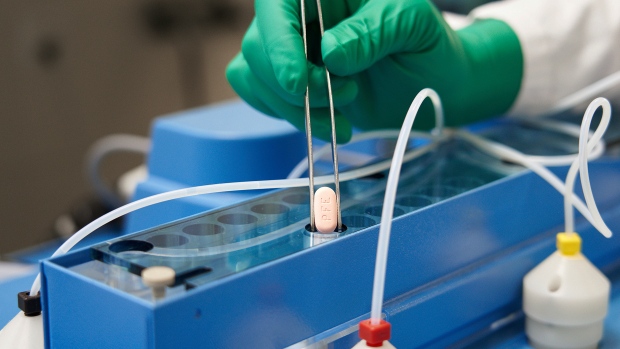 Prime Minister Justin Trudeau says the first shipment of an oral COVID-19 pill is making its way across Canada but is no substitute for vaccination against the rapidly spreading virus.

The entire northern Quebec region of Nunavik is on “red alert” with more than half of its 14 Inuit communities struggling with high viral transmission.

Other provinces and territories are bracing for a peak in the pandemic’s fifth wave with hospitalizations beginning to level out.

The antiviral drug Paxlovid is meant to protect against hospitalization and death. Canada has purchased one million courses for delivery this year.

“It’s important to remember that this will be a powerful tool to continue to keep people from people getting extremely sick but it needs to be used right,” Trudeau said Wednesday.

“It’s not a replacement for getting vaccinated, for wearing masks, for staying safe, for keeping your distance.”

The Omicron variant-fuelled fifth wave appears to be peaking in some provinces, while others warn the worst is yet to come.

Quebec reported its lowest daily increase in COVID-19 hospitalizations with a rise of eight, bringing the total to 3,425 people in hospital. It also saw a slight decline in intensive care patients.

In Nunavik, a curfew is in effect and all non-essential public places are closed with private indoor gatherings banned.

Meanwhile, Ontario Health Minister Christine Elliott said there are “glimmers of hope” that COVID-19 cases will peak this month with hospitalization and intensive care admissions to follow.

The province recorded a small dip in the number of people with COVID-19 in hospital to 4,132 patients from 4,183, as intensive care patients rose by eight to 589. Fifty-nine new deaths were also reported.

Many types of Ontario businesses continue to be closed under public health restrictions, but Premier Doug Ford said to expect a “positive” announcement on measures later this week.

In British Columbia, some businesses are eligible for a financial boost from the province as they are forced to stay closed for at least another month to curb COVID-19 spread.

Places such as event venues, bars and nightclubs that don’t serve meals can now apply for grants of up to $20,000. Businesses that have been able to reopen can claim up to half that amount.

“Looking at other jurisdictions … it would be reasonable to expect that peak in the near future if we maintain the same trajectory,” said Dr. Brent Roussin, adding “it’s a little early to consider.”

Meanwhile, Saskatchewan is bracing for a tide ofCOVID-19 hospitalizations and absences among workers until mid-February,while more than 1,600 volunteers have answered a call from New Brunswick for pandemic assistance.

A surge of hospitalizations and a shortage of health-care staff led New Brunswick to ask people to help with clinical or non-clinical work, such as vaccine administration.

Almost 350 workers were isolating Wednesday after testing positive for COVID-19. New Brunswick has a record 123 people in hospital with COVID-19.

Prince Edward Island announced new restrictions this week to protect its health system. Nova Scotia, meanwhile, was the only Atlantic province to return to in-person learning at public schools this week.

Alberta is seeing hospitalization rates rising to levels not seen since mid-October. As case rates continue to climb, one of its largest school boards is asking the government to open vaccine clinics in schools.

Edmonton Public Schools said more than 5,000 of its students were absent Tuesday due to COVID-19 – about five per cent of its total student population.

This report by The Canadian Press was first published Jan. 19, 2022. 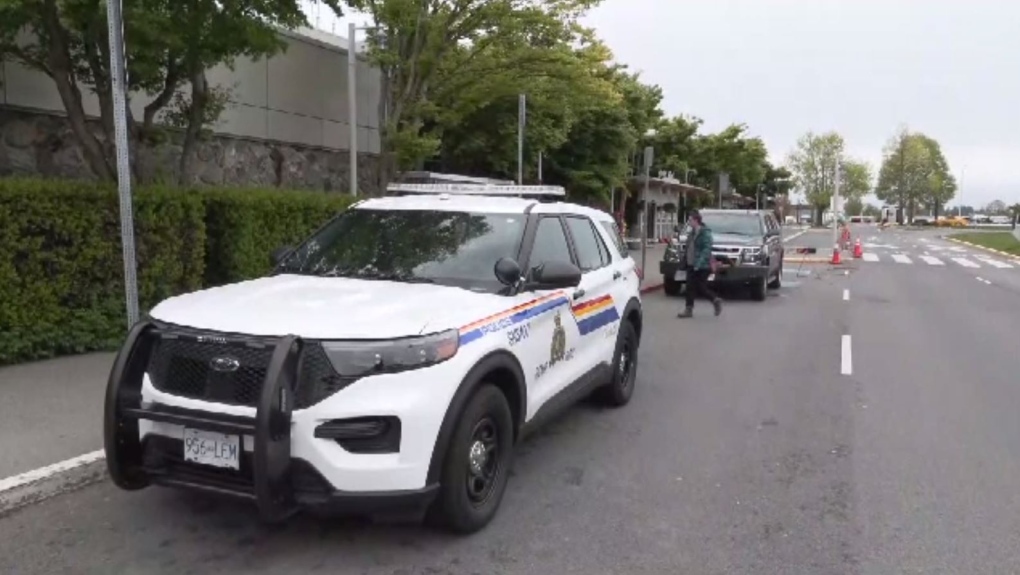 Travellers who have a flight planned at Victoria International Airport (YYJ) on Tuesday are being warned of travel disruptions due to police activity.

Sidney/North Saanich RCMP say the airport was closed after a suspicious package was discovered around 1:30 p.m.

Cpl. Andres Sanchez of the Sidney/North Saanich RCMP says that the airport was closed to all incoming and outgoing flights “out of an abundance of caution.”

He said the airport will remain closed until police “can be sure it is safe for the public to travel.”

“The package was located at the departures/check-in [area], so it was brought in by a passenger,” said Sanchez Tuesday afternoon.

The package was flagged by Canadian Air Transport Security Authority (CATSA) staff who spotted what appeared to be an “incendiary device” within a bag, he said.

“CATSA employees performed the checks that you normally do at a departure situation at the airport,” he said.

“They scanned the bag and found there were items inside that could be of a dangerous nature and at that point police were called to the scene to investigate further,” he said.

Mounties say a specialized RCMP team has been called in from the mainland to remove the bag from the premises and to “ensure the package is dealt with in a safe manner.”

Sanchez says the individual who brought the bag is under investigation, but it’s unclear if any criminal charges will be recommended yet.

“Again, because we don’t know what’s in that bag we can’t speak further on that,” he said.

In the meantime, people are asked to avoid the airport for the next few hours, according to RCMP spokesperson Sgt. Chris Manseau.

Around 4:20 p.m., the airport said all scheduled commercial flights for the next two hours were cancelled.

The airport is working with airlines to keep them updated on the status of flights.

Police say they hope the airport will be able to reopen Tuesday night, but it’s uncertain how long the investigation at the property will take.

Travellers should check the YYJ website for the latest updates on their flights, according to the airport.

Bank of Nova Scotia opened earnings season for Canada’s Big Six on Wednesday with a beat and a dividend hike as profit climbed in all its major divisions other than capital markets.

Scotia said its net income in the fiscal second quarter, which ended April 30, rose to $2.75 billion from $2.46 billion a year earlier. On an adjusted basis, Scotia earned $2.18 per share; the average estimate among analysts tracked by Bloomberg was for $1.97 in adjusted per-share earnings.

The bank also announced its quarterly dividend will rise to $1.03 per share from $1.00, effective July 27.

Profit in Scotia’s core Canadian banking division soared 27 per cent year-over-year to $1.18 billion in the latest quarter. Credit quality was a swing factor compared to a year earlier, as Scotia released $12 million from the unit’s provisions for loan losses in the most recent quarter; a year earlier, it booked $145 million in new provisions for loans that could go bad.

Scotia said it had an average of $271.8 billion in residential mortgages on its Canadian loan book during the fiscal second quarter, up almost three per cent from the prior quarter.

Growth in Scotia’s international division was even more pronounced, as net income surged 44 per cent year-over-year to $605 million as provisions for loan losses fell and revenue climbed.

Scotia’s Global Banking and Markets division was a profit drag, as net income slumped six per cent year-over-year to $488 million, which the bank attributed to higher non-interest expenses and lower non-interest income.

In a report to clients after the results were released, Barclays Analyst John Aiken said he doesn’t think Scotia will be an outlier with the profit slump in its capital markets business.

However, Aiken did flag that the drop in Scotia’s Common Equity Tier 1 capital ratio to 11.6 per cent from 12.0 per cent in the previous quarter might not sit well with investors.

“The only real knock on the results will likely be Scotia’s lower-than-peer regulatory ratio, which was drawn down again from share repurchases. While we believe that [Scotia] is heading towards a much more efficient capital level, the market does not like outliers, particularly where capital and an uncertain outlook is concerned.”