The Dow Jones Industrial Average tumbled nearly 1,200 points. The S&P 500 has now plunged 12% from the all-time high it set just a week ago.

That puts the index in what market watchers call a “correction,” which some analysts have said was long overdue in this bull market, the longest in history.

Stocks are now headed for their worst week since October 2008, during the global financial crisis.

extended a slide that has wiped out the solid gains major indexes posted early this year.

Investors came into 2020 feeling confident that the Federal Reserve would keep interest rates at low levels and the U.S.-China trade war posed less of a threat to company profits after the two sides reached a preliminary agreement in January. Even in the early days of the outbreak, markets took things in stride.

But over the past two weeks, a growing list of major companies issued warnings that profits could suffer as factory shutdowns across China disrupt supply chains and consumers there refrain from shopping.

Travel to and from China is severely restricted, and shares of airlines, hotels and cruise operators have been punished in stock markets. As the virus spread beyond China, markets feared the economic issues in China could escalate globally.

One sign of that is the big decline in oil prices, which slumped on expectations that demand will tail off sharply.

“This is a market that’s being driven completely by fear,” said Elaine Stokes, portfolio manager at Loomis Sayles, with market movements following the classic characteristics of a fear trade: Stocks are down. Commodities are down, and bonds are up.

Bond prices soared again Thursday as investors fled to safe investments. The yield on the benchmark 10-year Treasury note fell as low as 1.246%, a record low, according to TradeWeb. When yields fall, it’s a sign that investors are feeling less confident about the strength of the economy.

Stokes said the swoon reminded her of the market’s reaction following the Sept. 11, 2001 terrorist attacks.

The virus has now infected more than 82,000 people globally and is worrying governments with its rapid spread beyond the epicenter of China.

Japan will close schools nationwide to help control the spread of the new virus. Saudi Arabia banned foreign pilgrims from entering the kingdom to visit Islam’s holiest sites. Italy has become the center of the outbreak in Europe, with the spread threatening the financial and industrial centers of that nation.

At their heart, stock prices rise and fall with the profits that companies make. And Wall Street’s expectations for profit growth are sliding away. Apple and Microsoft, two of the world’s biggest companies, have already said their sales this quarter will feel the economic effects of the virus.

Goldman Sachs on Thursday said earnings for companies in the S&P 500 index might not grow at all this year, after predicting earlier that they would grow 5.5%. Strategist David Kostin also cut his growth forecast for earnings next year.

Besides a sharply weaker Chinese economy in the first quarter of this year, he sees lower demand for U.S. exporters, disruptions to supply chains and general uncertainty eating away at earnings growth.

Such cuts are even more impactful now because stocks are already trading at high levels relative to their earnings, raising the risk. Before the virus worries exploded, investors had been pushing stocks higher on expectations that strong profit growth was set to resume for companies after declining for most of 2019.

The S&P 500 recently traded at its most expensive level, relative to its expected earnings per share, since the dot-com bubble was deflating in 2002, according to FactSet. If profit growth doesn’t ramp up this year, that makes a highly priced stock market even more vulnerable.

Goldman Sach’s Kostin predicted the S&P 500 could fall to 2,900 in the near term, which would be a nearly 7% drop from Wednesday’s close, before rebounding to 3,400 by the end of the year.

Traders are growing increasingly certain that the Federal Reserve will be forced to cut interest rates to protect the economy, and soon. They are pricing in a 96% probability of a cut at the Fed’s next meeting in March. Just a day before, they were calling for only a 33% chance, according to CME Group.

The market’s sharp drop this week partly reflects increasing fears among many economists that the U.S. and global economies could take a bigger hit from the coronavirus than they previously thought.

Earlier assumptions that the impact would largely be contained in China and would temporarily disrupt manufacturing supply chains have been overtaken by concerns that as the virus spreads, more people in numerous countries will stay home, either voluntarily or under quarantine. Vacations could be canceled, restaurant meals skipped, and fewer shopping trips taken.

“A global recession is likely if COVID-19 becomes a pandemic, and the odds of that are uncomfortably high and rising with infections surging in Italy and Korea,” said Mark Zandi, chief economist at Moody’s Analytics.

The market rout will also likely weaken Americans’ confidence in the economy, analysts say, even among those who don’t own shares. Such volatility can worry people about their own companies and job security. In addition, Americans that do own stocks feel less wealthy.

Both of those trends can combine to discourage consumer spending and slow growth.

TSX halt leaves traders, investors in limbo on one of the busiest trading days of the year – The Globe and Mail

Canada’s main stock index was down in early trading on Monday as the price of oil slid to its lowest level since 2002. In the U.S.. however, stocks opened higher on Monday as President Donald Trump followed last week’s massive fiscal stimulus by extending his stay-at-home guidelines, leaving investors guessing at their economic impact.

On the currency market, the Canadian dollar traded for 70.57 cents US compared with an average of 71.14 cents US on Friday.

MONTREAL —
Air Canada will temporarily lay off more than 15,000 unionized workers beginning this week as the airline struggles with fallout from the COVID-19 pandemic.

The layoffs will continue through April and May amid drastically reduced flight capacity from the Montreal-based airline.

Air Canada says the two-month furloughs will affect about one-third of management and administrative and support staff, including head office employees, in addition to the front-line workers.

The carrier is also cutting between 85 per cent and 90 per cent of its flights, cancelling most of its international and U.S. routes in response to the global shutdown.

Earlier this month Air Canada’s flight attendant union said 5,149 cabin crew would be temporarily laid off due to the COVID-19 outbreak.

This report by The Canadian Press was first published March 30, 2020. 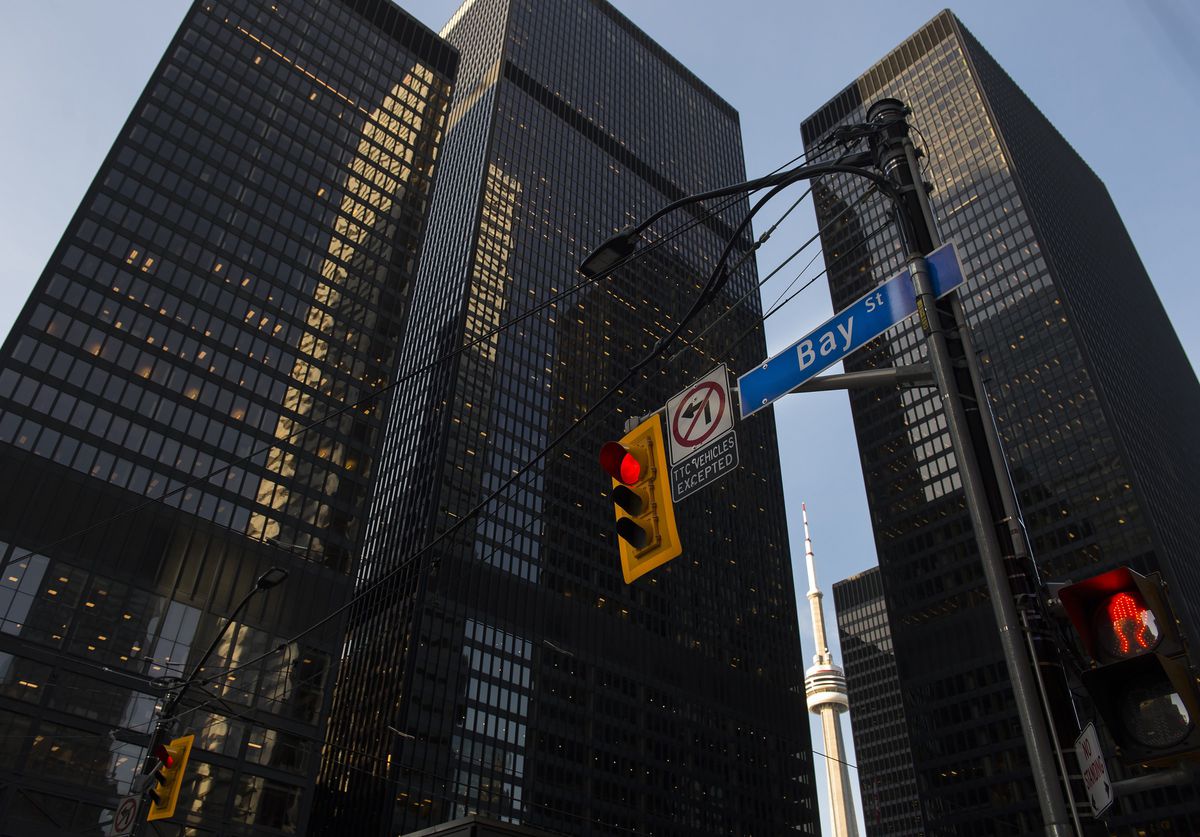 National Bank of Canada and Laurentian Bank of Canada both announced plans Monday to drop their prime rates by 50 basis points to 2.45 per cent. They join the Big 5 banks in decreasing lending rates to match the Bank of Canada’s unscheduled interest rate announcement on Friday.

The new National Bank and Laurentian Bank rates are effective Tuesday. Royal Bank of Canada, Toronto-Dominion Bank, Bank of Nova Scotia , Bank of Montreal and Canadian Imperial Bank of Commerce all cut their prime rates to 2.45 per cent on Friday, and were effective as of Monday.

The Bank of Canada Friday unexpectedly cut its key interest rate to help the county weather the economic fallout of the coronavirus pandemic.

The Bank of Canada cut its overnight interest rate by 50 basis points to 0.25 per cent, its lowest level since June 2010.

The pandemic has forced several governments to take actions as businesses grind to a halt and several retailers close stores to curb the spread of the highly-contagious diseases, leaving many people jobless.

This is the third time the big banks have cut prime rates over the past month. The prime rate impacts the cost of borrowing for many financial products, including variable rate mortgages.