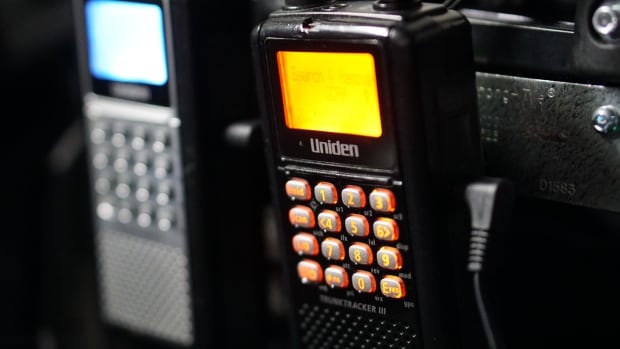 Edmonton police have moved radio communications to an encrypted system, locking out the public and news media from tuning in through scanners.

The move to the Alberta First Responder Radio Communications System has been years in the making. But when the old system was switched off on Monday, it drew mixed opinions from some civilian listeners.

For Beverly Smith, the scanner radio was often on as a calming reminder that law enforcement was out there protecting the public.

“I feel safer because it actually helps me sleep at night — or it did help me sleep at night,” she said in an interview for CBC’s Radio Active. “Because I knew that the police were on, that they were doing what they’re supposed to do.”

Listening in to unencrypted police communications is not illegal. A community on social media has even sprouted up around eavesdropping on Edmonton’s emergency services and now boasts more than 30,000 Facebook followers.

Athena Peryk, another regular listener, started tuning in to learn what was going on in her south-Edmonton neighbourhood. She supports the move to an encrypted system.

“If I can listen, criminals can listen in too,” she said.

Longtime listeners react to that news the police scanners will now be encrypted. 5:07

“The EPS has identified numerous instances where suspects were monitoring police communications during criminal flights from police or during traffic stops that puts officers at risk,” spokesperson Patrycja Mokrzan said in a statement.

Another reason given is that information from the Canadian Police Information Centre database is sometimes relayed over radio and is a violation of CPIC and EPS policy, which requires an enhanced security clearance to access.

Additionally, the old system was “at its end of life cycle” and was no longer cost effective or completely reliable.

Mokrzan said the final decision to bar access to the public and media outlets was made in early 2020 by the chief’s committee, in consultation with legal advisers. The service has been steadily moving to the new radio system since November 2017, she said.

Sean Holman, a professor of journalism at Mount Royal University, said the move to encrypted systems is common across jurisdictions in North America.

But Holman, who specializes in accountability in Canadian institutions, said access to police radio is important.

“It’s not simply because we want the salacious details of crimes and police activity,” he said. “It’s because if we do not know what the police are doing, then it is very difficult for the public and the media to hold the police to account for their actions.”

Police services may use other means to inform the public, such as news releases and social media, Holman said, but relying on those communications would reduce the media to “a megaphone for whatever the police wants to tell the public.”

Another reason for the lockout provided by Edmonton police is that personal information, including addresses, names, birth dates and medical information, broadcast over radio is a violation of Alberta privacy laws.

“This isn’t a privacy issue at all, this is an issue of secrecy,” he said. “Secrecy happens when the public cannot see what the powerful people are doing — and the powerful include police.”

Holman said that lack of transparency could lead people in public institutions to feel their actions are not being seen and ultimately to corruption and incompetence.

“While this kind of secrecy may protect police in the short run, I think in the long term it is to a certain extent a negative thing.”

A spokesperson for Edmonton Fire Rescue said the service does not have any plans to move to an encrypted system and channels currently available on scanners will remain open.

In Calgary, access to police radio communications has been barred from the public but selectively provided to media outlets.