The spotlights inside Newfoundland and Labrador theatres have rarely gone this long without heating up and wrapping the province’s performers in light. Gone is the audible applause of the audience, now stuck in their homes in front of a screen.

As performers are forced to find new ways to share their work with the public, the delivery of a promised increase in provincial funding to ArtsNL is a relief to many who work in the arts.

Reg Winsor, executive director at ArtsNL, said that for a number of years ArtsNL had been communicating with the government about an increase in grant applications.

“The number of applications that we were receiving, the demand on the funds that were available … we only had the ability to fund a percentage of the projects that were being submitted,” Winsor said. “Through conversations with the community, we indicated where we were and the funding that really was needed for us to move forward, and the community rallied behind that.”

Courtney Brown, artistic associate with theatre company Mindless Theatrics, was involved in those conversations. She says ArtsNL is often an entry point for young artists.

And there is no shortage of emerging artists in the province.

“There were also new companies and new festivals springing up, which is fantastic, but there weren’t the funds there to support the growth of the community,” Brown said.

Alongside fellow theatre producer Robert Chafe, Brown and many others petitioned the provincial government to fund arts and culture, which is so often promoted in tourism ads alongside images of pastoral scenes, icebergs, puffins and houses of all colours.

The response was an increase in funding from $2 million per year to $5 million per year over a four-year period that began in 2019. All political parties in the province agreed to the increase.

“(Chafe) called it a game-changing investment and I think that’s true,” Brown said. “It’s a groundbreaking step that will have reverberating effects on the culture of this place for a generation.”

Daniel Rumbolt, interim director of Eastern Edge Gallery in downtown St. John’s, said that if it weren’t for government funding, he has no idea how his career would have progressed.

“Art projects are expensive for materials and studio space, but it’s the mentality here that art actually does equal work,” Rumbolt said. “I would have stagnated very quickly if I wasn’t able to try new things and apply for funding.”

It’s easy to see the role art plays in the community just by taking a casual stroll through downtown, looking at the painted alleyways, the murals on the sides of buildings or simply on the clothes that people wear, he said.

But it is sometimes taken for granted how that art got there in the first place.

“We’re used to seeing the final product in a gallery or in a shop somewhere,” he said. “We love to celebrate our tourism industry and our arts and culture industry, and that doesn’t come out of nowhere. It takes a lot of hard work to make it happen.”

Chafe, who is the artistic director of Artistic Fraud of Newfoundland, says he’s happy to see, despite a change in leadership, Premier Andrew Furey is honouring the commitment by announcing on Nov. 25 this year’s funding increase of $1 million.

“Everyone knows the circumstance that our province is in, so the artists of this province certainly weren’t making this ask lightly,” Chafe said. “But government’s own numbers were such that their investment in arts and culture was coming back at least ten-fold.”

Chafe says they didn’t encounter anyone who didn’t understand the value of the arts and culture sector, but an argument had to be put forward specifically about ArtsNL.

“It is one of the few arms-length government agencies that is directly putting money into the coffers of small, unaffiliated, independent artists, for the creation of artwork that eventually, if successful, goes on to make the albums, the films, the theatre shows, the dance shows that create the cultural landmark that is Newfoundland,” he said. “When we made that case very carefully, we made the case for the growth in the sector, and they heard us.” 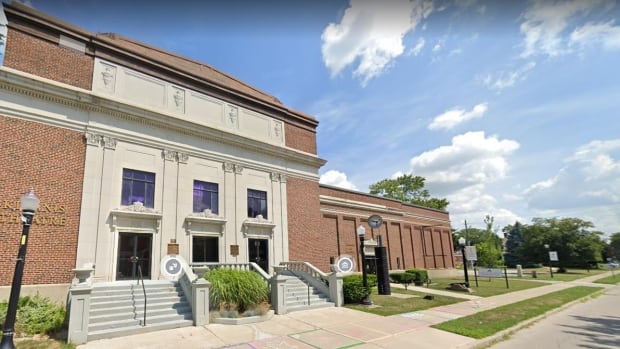 An arts organization in Chatham-Kent is looking for contributions for a unique community project to mark Black History Month.

The theme of the project is “celebrating Black lives” and the Thames Art Gallery and ARTspace are seeking submissions from the public for original works of art on the theme. The art can be any media, including painting, drawing and writing.

The public submissions will be combined and set up in a pandemic-friendly public display.

“What we’re having people do is produce a piece of work and then photograph it and then send it to us and we will print it out and then assemble it in the form of a quilt,” Phil Vanderwall, curator of the Thames Art Gallery, said on CBC Radio’s Windsor Morning on Friday.

The completed work will be displayed in the window of the ARTspace gallery on King Street in downtown Chatham.

The ‘quilt’ format of the project allows for community participation while preventing close contact. Both ARTspace and the Thames Art Gallery are closed due to COVID-19.

Vanderwall said quilt-making is currently undergoing a bit of a revival.

“This seemed like a good opportunity to explore that,” he said.

Submissions are already coming in and the deadline is Jan. 29 at 5:30 p.m.

The quilt will be unveiled Feb. 5 and will remain on display until Feb 26.

Two arts and culture groups in Nanaimo have received more than $100,000 from the provincial government to help improve their spaces and support arts programming.

On Jan. 22 the B.C. Ministry of Tourism, Arts, Culture and Sport announced in a press release that nine arts and culture groups on Vancouver Island and its adjacent islands received more than $440,000 as part of the B.C. Arts Council’s new arts infrastructure program. Among the local recipients are the Nanaimo Art Gallery, which got $75,000, and the Nanaimo Aboriginal Centre, which got $31,933.

NAG executive director Carolyn Holmes was thankful for the grant and said the funds will be spent on expanding the ArtLab studio.

“These renovations will make it possible to increase the capacity of our programs and involve more members of our community in art-making experiences,” she said in the press release. “This recent year has showed us just how important these creative outlets and learning opportunities are for our well-being.”

Other recipients on the Island include the Belfry Theatre, CineVic Society of Independent Filmmakers and Victoria Baroque Music Society, all located in Victoria, as well as the Cumberland Museum and Archives. The Hornby Island Arts Council, Alert Bay’s U’mista Cultural Centre and the Sointula Museum and Historical Society also received funding. In all, 49 group from across the province received nearly $2 million in grants.

“Art and creative expression are so important for people to maintain healthy lifestyles, especially right now,” Nanaimo MLA Sheila Malcolmson said in the release. “We are supporting arts and culture spaces across the province and here in Nanaimo, assisting them through the pandemic and helping to make them better for the future.”

Vandals spray-painted QAnon-themed graffiti across the windows of a Montreal art gallery this week, prompting an investigation by the SPVM’s hate crimes unit.

Tuesday evening, just after 9, a man and a woman wearing black clothes and carrying cans of spray paint approached the BBAM! Gallery on Atwater Ave. in St-Henri. Surveillance footage shows the couple tagging the gallery, painting “pedogate” and slinking away when cars passed.

The pair then moved north, toward the downtown core, where similar vandalism appeared on a daycare centre. The Montreal police hate crimes unit is investigating both incidents, a spokesperson said.

“It’s awful,” said Alison E. Rogers, who co-owns and operates BBAM! with her husband, Ralph Alfonso. “It comes from hate and ignorance.”

They discovered the graffiti Wednesday morning, cleaned it and called the police, who, upon realizing the significance of the vandalism, became worried.

How the NFL averted a quarterback crisis – theScore