How this ocean-to-table operation is helping the N.L. economy by keeping it local – CBC.ca 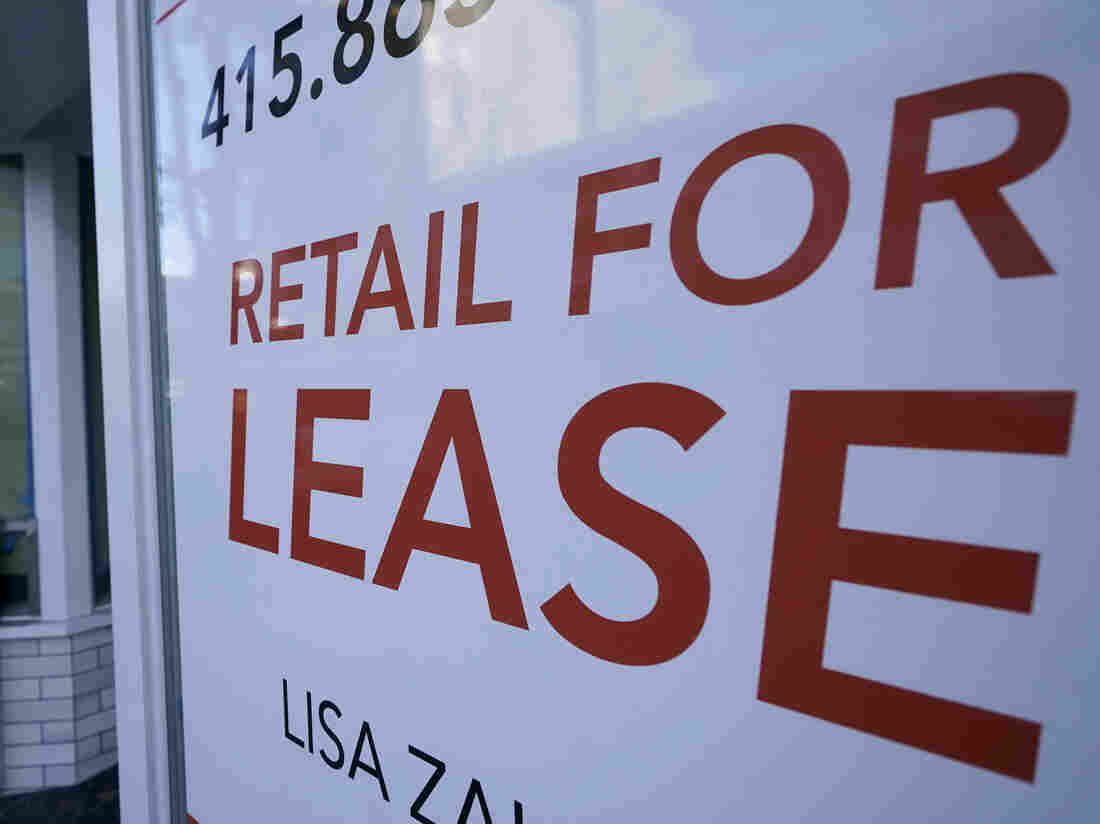 A sign noting a retail space is available for lease appears in San Francisco in December. A resurgence in the pandemic likely dealt a major blow to the U.S. economy in the fourth quarter.

The resurgence in the pandemic likely dealt a major blow to the U.S. economy in the last three months of the year, though it is not expected to have delivered a knockout punch.

Most economists expect fourth-quarter gross domestic product data on Thursday will show a significant slowdown from July to September, when the economy staged a sharp recovery from the early days of the pandemic.

Key sectors such as leisure and hospitality have been hit hard by the pandemic’s resurgence, and had it not been for the $900 billion rescue package that Congress passed in the final weeks of December, the economy might have started 2021 with a double-dip recession.

But other companies, including in manufacturing and online retail, are doing better and seeing business return to pre-pandemic levels.

Ben Herzon, a senior economist with IHS Markit, expects Thursday’s report from the Commerce Department will show GDP grew less than 1% in October, November and December.

That’s a significant slowdown from the previous three months when the economy grew by 7.4% as businesses reopened from pandemic lockdowns in March and April.

(The Commerce Department typically reports quarterly GDP changes at annualized rates, but that exaggerates swings both up and down. Measured by that rate, third-quarter GDP grew 33.4% after a drastic 31.4% contraction in the second quarter.)

“We got a really strong third quarter, and then things started to fizzle out a little bit,” Herzon said.

Hurt most in the last three months of the year were restaurants and in-person entertainment businesses such as movie theaters as a winter wave of coronavirus infections and deaths made consumers nervous about going out. The leisure and hospitality segment of the economy lost nearly 500,000 jobs in December.

Other segments of the economy have fared better. Manufacturing and homebuilding continue to bounce back from their pandemic slump, and consumption of goods is higher now than it was before the coronavirus struck.

“There are some strengths,” Herzon said. “It’s just that services, which is a very large part of the economy, is really struggling to get back to where it was.”

While the U.S. has made up much of the ground it lost early last year, the economy likely ended 2020 about 3% smaller than when it began.

With COVID-19 still killing around 4,000 Americans every day, economic activity is likely to remain subdued for the next several months. But if new vaccines are successful in stopping the pandemic, the economy is poised for a strong recovery in the second half of this year.

The International Monetary Fund expects the U.S. economy to grow 5.1% in 2021 and match its pre-pandemic level sometime in the second half of the year.

Any forecast, however, comes with a number of question marks: How smoothly will the vaccine rollout go? What is the impact of new coronavirus variants? And how much more money will consumers spend once the pandemic is under control?

Americans who have kept working during the pandemic have socked away about $1.3 trillion in extra savings during the last year, according to Pantheon Macroeconomics. That could provide a significant boost to the economy, if and when they decide to spend it.

“You probably won’t get more haircuts than you otherwise would have,” Herzon said. “But maybe people are really tired of staying home, and they will go out to eat more than they would have otherwise.”

Additional fuel could come from the federal government if Congress approves another round of $1,400 relief checks, or other parts of President Biden’s proposed $1.9 trillion package to rescue the economy.

A surge in demand for airline tickets and restaurant reservations that suddenly outstrips supply could trigger a jump in prices.

But Federal Reserve Chairman Jerome Powell said any such increase is likely to be temporary and would not spark concerns at the central bank of runaway inflation. Canada’s carbon pricing plan is an example of a forward commitment, Carney said, since it would hike the federal tax to $170 a tonne by 2030 from $30 currently.

“I think we’re reaching the tipping point. The question is execution. How is that political will channelled?” said Carney, who was speaking in his capacity as United Nations Special Envoy for Climate Action and Finance.

He pointed to recent COVID-19 vaccine purchase agreements as an example of the power of putting political will behind contracts.

Carney, who is also vice-chairman at Brookfield Asset Management, said that financial and economic markets will adjust to future goals, such as upcoming bans of internal combustion engines in Europe. Carney pointed to his research with U.S. Treasury Secretary and former Federal Reserve chairwoman Janet Yellen, which suggested that markets will “smooth” out the carbon price hikes.

“That’s what markets do best. And by the time you get to the point where the price is high, the economy has adjusted,” said Carney.

“Through that engagement, rather than divestment, I think we can particularly push these companies to do a better job and actually provide some additional help and services in and around the world where they may not be immediately available,” said Taylor.

Carney and Taylor’s comments at Davos came as 61 global business leaders said at the forum they would begin using a standardized set of environmental, social and governance metrics and disclosures.

Global investment firm BlackRock Inc. also said this week it would start giving “heightened scrutiny” to investments that posed a climate-change risk, calling for more company disclosures not only on climate change but also social goals such as equity, diversity and inclusion. In his letter to CEOs, BlackRock chief executive Laurence Fink said that between January and November 2020 there was a 96 per cent year-over-year increase in sustainable asset investments in mutual funds and exchange traded funds.

Carney said that as more governments sign on to net-zero pledges, it is “cascading down” to large pension funds, insurance companies and sovereign wealth funds.

“We don’t often invest on our own, so what we need to do is also persuade other investors,” said Taylor. “Some of the investors we work with have a much more short-term view of what they’re trying to achieve.”

Gold's rally to slow, not stop, as global economy recovers: poll – The Globe and Mail 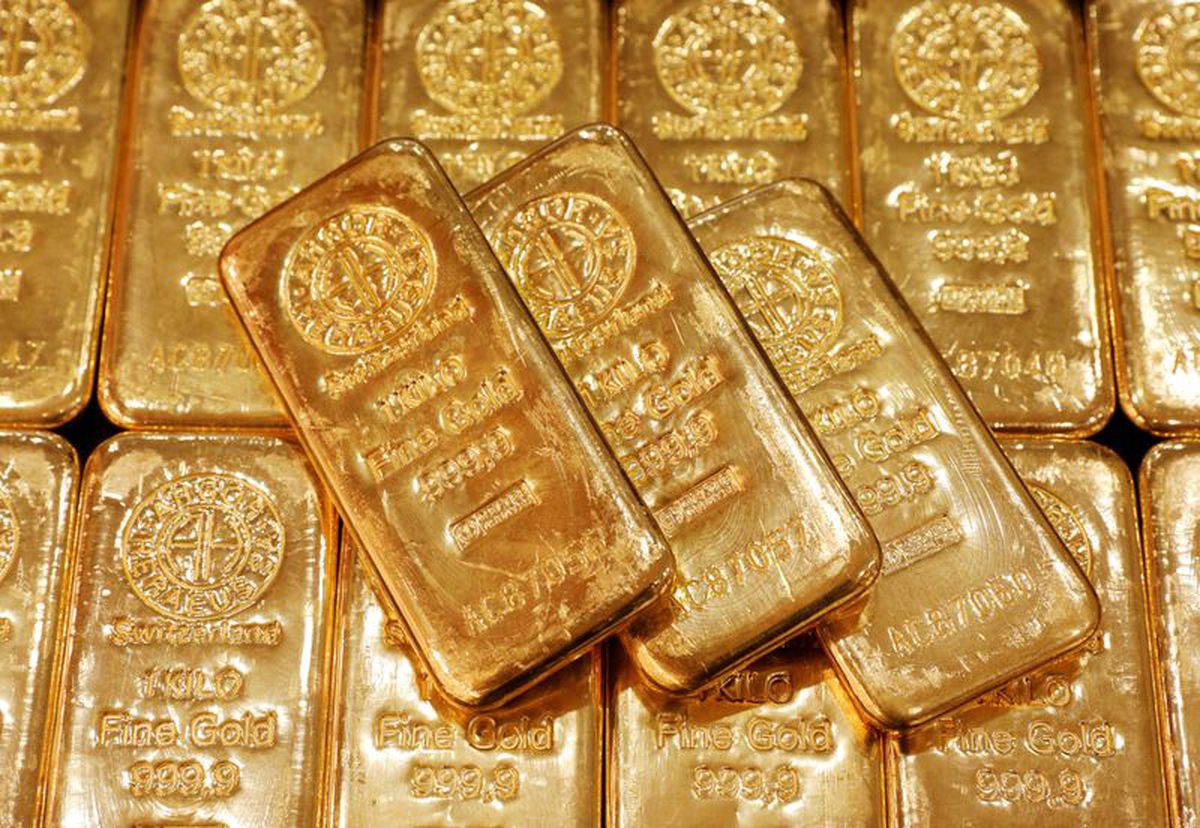 Analysts and traders have downgraded their forecasts for gold but still expect prices to recover from current levels and many see it achieving record highs this year, a Reuters poll showed on Wednesday.

Traditionally seen as a safe place to store wealth, gold surged to a record level of $2,072.50 an ounce last summer as the coronavirus swept the globe.

But prices have since dipped to around $1,850 as the rollout of vaccines encourages investors to channel more money into assets such as equities that benefit from economic growth.

That is lower than the prediction from a similar poll three months ago that gold would average $1,965 in 2021.

“We expect gold to perform well in 2021, although at a slightly more subdued rate compared to 2020,” said Ross Norman, an independent analyst.

“Financial markets remain vulnerable and we think investors will continue to see gold as the near perfect antidote,” he said.

Gold has benefited from action by central banks to slash interest rates and pump cash into the economy, which raises the threat of inflation and reduces returns on bonds, a competing asset class.

But while global economic recovery may weaken the dollar, helping gold by making it cheaper for buyers outside the United States, it also is likely to raise bond yields, making gold less attractive, said Julius Baer analyst Carsten Menke.

Silver behaved in a similar way to gold last year, surging to $29.84 an ounce in the summer, its highest since 2013, before falling to around $25.

Politics Briefing: Pfizer presses Health Canada to up vaccine doses from each vial – The Globe and Mail