The Canadian government plans to formally apologize to members of the No. 2 Construction Battalion — the country’s first and only segregated military unit — for the treatment they endured during and following their service in the First World War.

Many Black men were rejected from enlisting during the First World War because of their skin colour, so Canada allowed them to form the No. 2 Construction Battalion in 1916. Nearly half of the battalion’s 600 members came from Nova Scotia.

The announcement of the intent to apologize in a “meaningful and respectful way” happened at a virtual event on Sunday afternoon in collaboration with the Black Cultural Centre for Nova Scotia in Cherry Brook, N.S..

“Our country is still struggling with the insidious effects of racism,” Defence Minister Harjit Sajjan said in his virtual address. “More than 100 years later, we can combat it by recognizing the failures of our past and working to correct them.”

The federal government says it’s planning an apology to the No. 2 Construction Battalion, an all-Black battalion that served in the First World War. A woman whose father served in the battalion says while the announcement is emotional, she hopes the government commits to making real change. 9:24

Sajjan took time in his address to recognize the late Capt. George Borden, who spent years promoting the history of Black Canadians in the military. Borden died last year.

“His leadership in Nova Scotia’s Black community was inspiring. We remember and honour his contributions to our country, and we will uphold his legacy and ensure these stories are told and heard,” Sajjan said.

Douglas Ruck, co-chair of the Black Battalion Historical Marker Society, was one of the speakers at the event.

“I’m very pleased to be here but it’s sad because of those who could not be here. Family members of the battalion, my father [former senator Calvin Ruck], Capt. George [Borden], they’re no longer with us,” Ruck said.

Ruck’s father is credited with bringing the battalion’s story to prominence after writing The Black Battalion 1916-1920: Canada’s Best Kept Military Secret about the members’ struggles.

“Unfortunately, that title still applies in many ways today…. If it hadn’t been for that book my father wrote back in 1987, I say to you now, with pride, they would have been forgotten,” Ruck said.

Borden also wrote about the No. 2 Construction Battalion, penning the poem The Black Soldier’s Lament which is often read during Remembrance Day ceremonies in Preston, N.S.

Borden had been pushing for an apology to the No. 2 Construction Battalion for years before his death. In 2018, he wrote an open letter to the Canadian military demanding an apology to members and descendents.

‘We pick up the mantle’

“I think it helps to keep the memory of the No. 2 alive as well, that people are hearing about it in a number of different ways and so it may resonate with Canadians in different fashions,” said RCMP Sgt. Craig Smith, Borden’s nephew, who attended the event.

Smith’s great-great-grandfather, George Whalen, served in the No. 2 Construction Battalion. Smith met several other battalion members when he was younger because the African Nova Scotian community is small and tight-knit.

But none of the battalion members lived to see today’s announcement.

“All that really means is the rest of us that are here, the descendants that are here, we pick up the mantle for our grandfathers, for our uncles, for those relatives who were members, and we carry it forward proudly,” he said.

While having a relative who served in the battalion makes the announcement “all the more special” to Smith, he emphasized that breathing life into these stories is crucial for Canadians to learn about these lesser-known parts of their country’s history.

“For me now, it’s really, what does an apology look like? How do you put in place mechanisms that ensure that, number one, this won’t happen again. But number two, that you really try to lift up the memory of who the Black battalion was,” he said.

Nova Scotia Premier Iain Rankin, who spoke virtually at the event, called the news of the apology “long overdue.”

The event was closed to the public due to gathering limits. Descendants of the people who served in the No. 2 Construction Battalion, as well as members of the Black Battalion Historical Maker Society and the Black Cultural Society, were invited to attend. 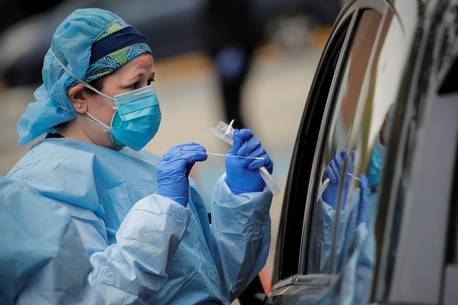 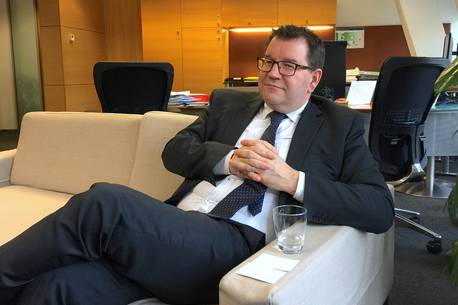