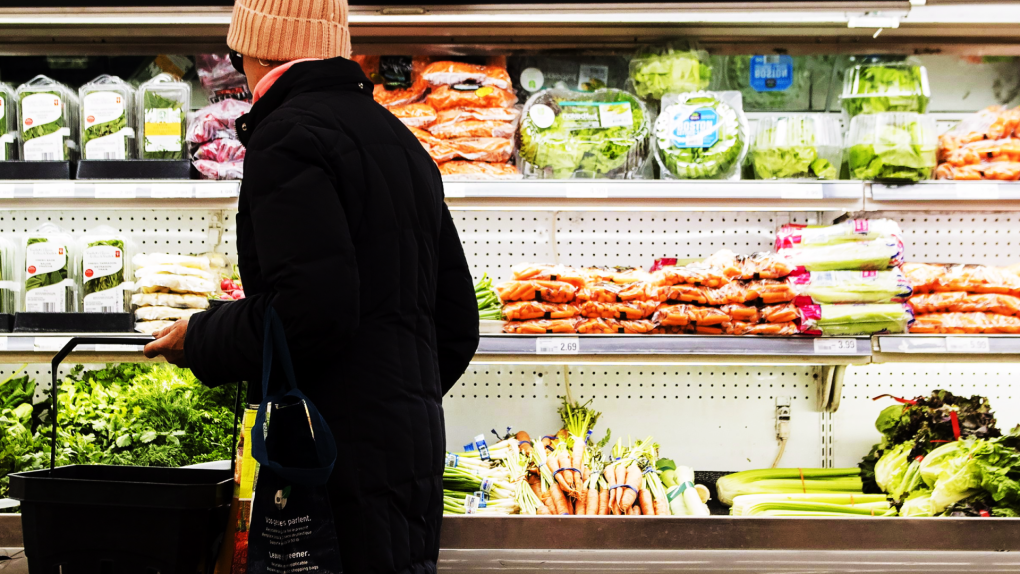 Canada’s latest reading on inflation came in hotter than expected as the cost of groceries continued to climb at the fastest pace in decades, setting the stage for another sizeable interest rate hike next week.

In its latest consumer price index report, Statistics Canada said the country’s annual inflation rate in September dropped slightly to 6.9 per cent from seven per cent in August.

In Alberta, consumer price growth increased 0.2 per cent to 6.2 per cent in September from August. Core inflation bumped up from 4.9 per cent to 5.3 per cent.

But groceries and food are starting to skyrocket. Alberta saw a 9.2 per cent increase and housing costs were up 6.2 per cent.

Nationally, grocery prices rose at the fastest rate since August 1981, with prices up 11.4 per cent compared with a year ago. That’s up from the previous month’s annual rate of 10.8 per cent and the 10th straight month food prices have outstripped the overall inflation rate.

Gas prices are starting to tumble, but are still 6.7 per cent higher compared to a year ago.

With underlying inflation pressures still sticky and the Bank of Canada signalling it isn’t backing away from interest rate hikes yet, BMO is forecasting the central bank will raise its key interest rate by three-quarters of a percentage point next Wednesday.

“So it’s going to get worse before it gets better.”

Looking to the economic outlook for 2023, however, Roach forecasts some parts of Canada may see a recession, but Alberta could keep its head above water.

“Alberta and Saskatchewan are both going to stand out, probably lead the country in GDP growth next year,” Roach said.

“Whereas nationally, if it’s not a recession for a quarter or two, it’ll be close. So we’re still going to feel that slowdown, especially households and individuals and businesses facing those higher costs and higher interest rates.”

The Bank of Canada is expected to deliver another interest rate increase next Wednesday, with forecasters split between a half and three-quarters of a percentage point hike.

The central bank, which has a mandate to maintain low and stable inflation, has been combating high inflation by raising interest rates. Since March, it has raised its key interest rate five times this year, bringing it from 0.25 to 3.25 per cent.

Still, the impact of higher interest rates is beginning to be felt in the housing market, which has been cooling after home prices reached a peak in February.

For homeowners or prospective buyers, higher interest rates are pushing up the cost of mortgage interest, while other costs rise at a slower pace.

Mortgage broker Keith Uthe with Demystifying Mortgages says what rate to lock in at or whether to test the variable rate depends on the person and their financial plans.

“There’s a lot of talk that we’re going into a recession,” he said.

“What will that recession look like, and will taking a shorter term be more beneficial to a family in their future wealth?”

As interest rates rise, however, Uthe says we still haven’t come close to numbers seen in 2008 and 2009.

“People that were in the market around that time are still going, ‘Well, you know, when I got my first mortgage, it was higher than this, so I’m okay,’” he said.

“People who have gotten a mortgage within the last five years and maybe only entered the homeowner market, they are the ones that are getting more of that shell-shock feeling.”

Uthe says for some, consolidating debt may be the best way through the financial pinch.

“Take into account their mortgage payments, their unsecured lines of credit, credit cards, car loans, student loans, and then put those all together and how rising interest rates are also impacting those,” he said.