As socially isolated shoppers get their fix of buying stuff online, it seems like every e-commerce-related stock has gotten a massive boost. Shopify (TSX:SHOP)(NYSE:SHOP) has been the biggest beneficiary of this in Canada, with shares up substantially in April alone.

But there are three things that may bring Shopify down from its lofty perch of more than $900 per share as I write this. Firstly, this is pretty much the perfect storm for e-commerce. The trend will slow when folks are allowed to go to the mall again.

Then there’s the unique economic situation we’re in today. Unemployed people with extra time on their hands are undoubtedly chasing dreams of online riches, primarily using Shopify’s tools. Many will give up this new side hustle when it’s time to go back to work.

And finally, Shopify’s valuation is getting silly. Shares are trading at 36 times the company’s expected sales for 2020, and earnings will likely be negative. Yes, I know it has some exciting growth potential, but there comes a point where it’s obvious the company’s stock is no longer trading in line with its fundamentals.

So, even though I’m still a big fan of Shopify’s position in the market and the long-term potential in e-commerce, I can’t recommend investors buy the stock today. It’s just too expensive. Instead, investors should check out these three alternatives — companies with exposure to this potentially lucrative sector without the expensive price tag.

The thesis here is simple. Warehouses will become increasingly important in a world without as much physical retail. That’s good news for the industrial real estate sector and Dream Industrial REIT (TSX:DIR.UN) in particular.

Dream Industrial has already identified e-commerce as a key growth driver, and positioned the portfolio accordingly. It owns 262 properties in Canada, the United States, and in Europe, spanning some 25.8 million square feet of space. Strong demand in the industrial market has given Dream the ability to raise rents substantially over the last few years, especially in markets like Ontario and Quebec.

Management is also using an interesting strategy with the European assets. The company plans to borrow up to 100% of the value of these properties at cheaper European interest rates and pour that cash back into North America, where cap rates are higher.

Dream Industrial also pays a succulent dividend, with the payout at 7% annually. And even in a tough economy like the one we’re in today, the distribution looks to be safe.

TFI International (TSX:TFII) is a North American leader in transportation and logistics. This trucking company has more than 80 different subsidiaries operating in Canada, the United States, and Mexico.

A big part of TFI’s growth over the last few years has come from the e-commerce sector. It has a robust courier business in Canada, and its less-than-truckload segment — which operates across North America — is also well positioned to capitalize on this trend.

Thanks to the recent market sell-off, TFI International shares are cheap. It earned $463 million in free cash flow in 2019. Shares have a current market cap of just over $3.2 billion on the TSX. That gives us a price-to-free cash flow ratio of just under seven times. Earnings will likely go down in 2020, but that should just be temporary.

Canadian Tire (TSX:CTC.A) shareholders are grateful the company made a big investment in its e-commerce platform. The company’s online business has vaulted in importance of late, becoming an important piece of the pie.

Canadian Tire also has another interesting thing going for it today. Many Canadians are using some of their free time on home renovations, finally doing those jobs that have been put off for years now. I know my local Canadian Tire store is busier than ever, and staff are run off their feet trying to help everyone.

Critics argue the company can’t repeat last year’s earnings, which checked in at over $11 per share. After all, the company’s other chains — like Mark’s and Sport Chek — are currently closed. But I think earnings could easily recover to that level in 2021, making today’s stock price of $92.80 an interesting entry point.

Finally, the sell-off has really elevated Canadian Tire’s yield. The payout is now 4.7%.

This tiny TSX stock could be the next Shopify

One little-known Canadian IPO has doubled in value in a matter of months, and renowned Canadian stock picker Iain Butler sees a potential millionaire-maker in waiting…

Because he thinks this fast-growing company looks a lot like Shopify, a stock Iain officially recommended 3 years ago – before it skyrocketed by 1,211%!

Iain and his team just published a detailed report on this tiny TSX stock. Find out how you can access the NEXT Shopify today!

(Kitco News) – The gold market is holding steady above $1,700 but is seeing little reaction as the European Central Bank threw more stimulus into financial markets Thursday.

As expected, following its monetary policy meeting, the ECB announced that the interest rate on the main refinancing operations and the interest rates on the marginal lending facility and the deposit facility will remain unchanged at 0.00%, 0.25% and -0.50% respectively.

However, in an effort to support the European economy, devastated by the COVID-19 pandemic, the ECB said that its pandemic emergency purchase programme (PEPP) will be increased by €600 billion to a total of €1,350 billion.

“In response to the pandemic-related downward revision to inflation over the projection horizon, the PEPP expansion will further ease the general monetary policy stance, supporting funding conditions in the real economy, especially for businesses and households,” the ECB said.

The timeline for the PEPP program will also be extended until at least June 2021.

“It also does enough to justify the view that euro-zone policymakers have got their act together, for now at least, in responding to the coronavirus crisis,” he said.

Along with the emergency spending measures, the central bank said that its regular asset purchase programme (APP) will continue at a monthly pace of €20 billion, together with the purchases under the additional €120 billion temporary envelope until the end of the year.

The ECB also reiterated that its asset purchase programme will run for as long as the committee deems necessary.

The gold market is not seeing much reaction to the new stimulus measures. August gold Futures last traded at $1,711.20 an ounce, up 0.38% on the day.

The numbers: The U.S. trade deficit widened to $49.4 billion in April from a revised $42.3 billion in the prior month, the Commerce Department said Thursday. Economists polled by MarketWatch had forecast a $49.5 billion shortfall. The wider trade gap masks a significant decline in trade flows from the COVID-19 pandemic.

What happened: Exports fell 20.5% to $151.3 in April. The decline was led by civilian aricraft, crude oil, and autos.

Imports dropped 13% to $200.7 billion. The decline was led by passenger cars, semiconductors and consumer goods including pharmaceutical preparation and apparel.

The trade gap with China widened $9 billion to $26 billion in April.

Big picture: The COVID-19 pandemic has depressed trade flows into and out of the United States, economists said. The wider deficit should depress second-quarter gross domestic product even further. Economists surveyed by MarketWatch are expecting GDP to decline at a 27.2% annual rate in the April-June quarter.

Market reaction: Stocks futures indicated a lower opening on Thursday. Stocks have been on a tear lately. with the Nasdaq Composite
COMP,
+0.03%
moving to with 2% of its all-time high.

Premier Dwight Ball says a response has been prepared to a class-action lawsuit against the province’s travel ban.
He says this is not about shutting people out, but about protecting the people of Newfoundland and Labrador.

Two local law firms have launched a class action on behalf of those unable to visit their Newfoundland properties because of the travel ban imposed by government.

It’s the second such legal challenge of the special order.

The Premier says people have a right to file those claims, but the travel ban is in the name of public health and protection.

He says there are families with loved ones in long-term care who have not been able to visit their family only a kilometre away. 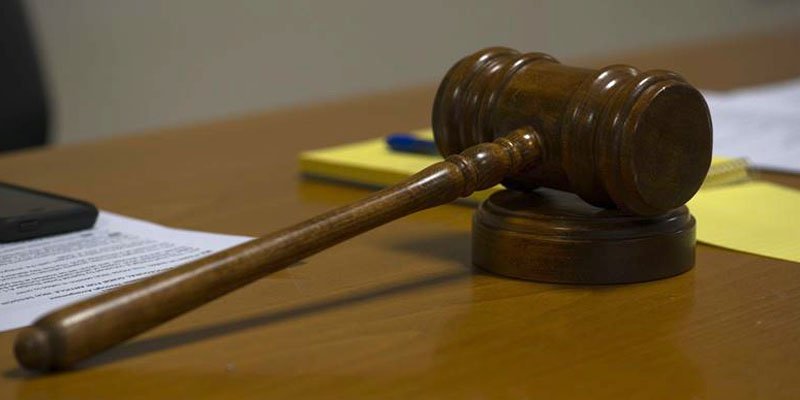 Lawyer Geoff Budden says mobility rights within Canada are protected under the Charter.

He says refusing people access to their property in this province raises all kinds of concerns.

He says you’re asking people to walk away from a property in which they may have invested a significant amount of money. Not only is it unfair, but he says it’s also inconsistent with Charter rights.