The latest novel coronavirus news from Canada and around the world Friday (this file will be updated throughout the day). Web links to longer stories if available.

The Ruhr derby between Borussia Dortmund and Schalke kicked off in an empty stadium as all games began amid strict hygiene measures. Calls and shouts from coaching staff and players, and the thud of the ball being kicked, reverberated around the mainly deserted stands.

Team staff, and players who didn’t start, wore masks. Substitutes took their positions in the stands, rather than beside the fields as customary, while balls and seats were disinfected.

“It’s quite surreal,” Dortmund chief executive Hans Joachim Watzke told Sky TV. “I’ve received messages from all over the world in the last couple of hours that everybody is watching and then you go through the city and there’s nothing going on.”

The Ruhr derby was one of five games that were the first to be played in the league since March 11.

10:13 a.m. The Italian government announced Saturday that it will throw open its borders next month, effectively ending Europe’s longest and strictest coronavirus lockdown just as the summer tourism season gets under way.

Both regional and international borders will open June 3, with the government eliminating a 14-day quarantine for anyone arriving from abroad. Many hope the move will revive a decimated tourist industry, which is worth 13 per cent of Italy’s gross domestic product.

Such an opening is exactly what tourism operators have been waiting for, even if European neighbours so far appeared be wary of the unilateral Italian announcement.

Germany — whose border is about a four-hour drive from Venice through Austria — is instructing citizens not to travel abroad for tourism until at least June 15. And officials in neighbouring France made clear that they had sought a co-ordinated European effort on border openings, indicating Italy had jumped the gun.

But slowly, provinces have begun to ease COVID-19 restrictions. This week, Alberta began allowing stores, restaurants and hairdressers to reopen, while Ontario gave the green light for stores to reopen on May 19. B.C. will begin the process after the long weekend.

Simply put, the ball has landed back in our court. Now that you might be able to go out for an evening, will you?

The Star’s Alex Boyd and Douglas Quan asked five Canadians whether they’re eager to get out in the world or holding back to see how things play out.

8:36 a.m. Three of the largest for-profit nursing home operators in Ontario, which have had disproportionately high numbers of COVID-19 cases and deaths, have together paid out more than $1.5 billion in dividends to shareholders over the last decade, the Star has found.

This massive sum does not include $138 million paid in executive compensation and $20 million in stock buybacks (a technique that can boost share prices), according to the financial reports of the province’s three biggest publicly traded long-term-care home companies, Extendicare, Sienna Senior Living and Chartwell Retirement Residences.

That’s a total of more than $1.7 billion taken out of their businesses.

8:22 a.m. In a world where the masses aren’t travelling, what to do with the jumbo jet that defined the era of mass air travel?

Like most other passenger jets, the venerable Boeing 747 — the “Queen of the Skies” — and its newer superjumbo competitor, the Airbus A380, are parked at airports and desert storage yards, sitting out the travel freeze brought on by the pandemic.

But how many of these famous jets will return to the skies?

In the post-pandemic era, demand for travel is not expected to bounce back fast, meaning the economics of these jumbo jets make less sense, at least for hauling passengers.

Bracing for that business reality, airlines are announcing that some of the jets sitting idle will remain permanently parked, the 747 and A380 among them, in favour of smaller, newer and more efficient twin-engine aircraft.

Get the latest in your inbox

Never miss the latest news from the Star, including up-to-date coronavirus coverage, with our email newsletters

Read the full story from the Star’s Bruce Campion-Smith

8:10 a.m. Since the outset of the COVID-19 pandemic, the city has seen a dramatic increase in homeless encampments across the city as inhabitants find themselves without shelter space and apprehensive of facilities that have become vectors for the deadly virus.

Early in March, the city imposed a moratorium on clearing homeless encampments, given the challenges of ensuring physical distancing in shelters. But the city has since resumed the removals of the encampments as they implement new, temporary housing measures for the homeless.

Read the full story from the Star’s Jacob Lorinc.

Saturday, 7:59 a.m. India’s confirmed coronavirus cases have surpassed China’s, with the Health Ministry on Saturday reporting a spike to 85,940 infections and 2,752 deaths.

China has reported 82,941 confirmed case and 4,633 deaths since the virus was first detected late last year in the central city of Wuhan.

Prime Minister Narendra Modi’s government is due to announce a decision this weekend on whether to extend the 54-day-old lockdown.

Early this month, the government started gradually easing the restrictions to resume economic activity by allowing neighbourhood shops to reopen and manufacturing and farming to resume. It also has resumed limited train services across the country to help stranded migrant workers, students and tourists.

Friday 6:52 p.m. Air Canada plans to lay off at least 20,000 employees as the COVID-19 pandemic continues to wreak havoc on the airline industry, The Canadian Press reports.

Effective June 7, the layoffs will impact more than half of the company’s 38,000 employees, the airline said.

The move comes amid border shutdowns and confinement measures that have tanked travel demand, prompting Air Canada to ground some 225 airplanes and slash flight capacity by 95 per cent.

The blow echoes Air Canada’s announcement in March to let go of nearly half of its workforce under a cost-reduction scheme.

The carrier proceeded to rehire some 16,500 laid-off flight attendants, mechanics and customer service agents in April under the Canada Emergency Wage Subsidy, but has not committed to maintain the program past June 6.

What do the new CMHC rules mean for homebuyers? – Globalnews.ca

Getting mortgage default insurance is about to get harder after Canada’s federal housing agency announced stricter lending standards on Thursday.

The Canada Mortgage and Housing Corp. (CMHC) says it will no longer allow homebuyers to use borrowed funds for their down payment, will require a higher credit score from at least one borrower and will lower the threshold for how much debt applicants can carry compared to their income.

The changes, which come into effect July 1, will reduce the purchasing power of homebuyers who opt for CMHC insurance and likely leave insured mortgage applicants in pricey markets with fewer options, according to mortgage brokers.


0:50
Should you buy a house during the coronavirus crisis?

Should you buy a house during the coronavirus crisis?
CMHC’s new debt-ratio policy will lower homebuyers’ purchasing power by up to 11 per cent, according to Robert McLister, founder of rates comparisons site RateSpy.com.

For example, someone making $60,000 a year with a five per cent down payment and no pre-existing debt would be able to afford a home with a maximum home price that is roughly 11 per cent lower than what they would have been able to buy before the new rules, according to McLister’s calculations.

Economists say the measures could discourage some prospective homebuyers from entering the market.

CMHC said it will require a credit score of at least 680, up from the current minimum of 600. It will also lower the maximum amount of debt applicants are allowed to carry compared to their income.

Changes to the GDS threshold and the credit score minimum will have the greatest impact on affordability, said James Laird, co-founder of financial products comparisons site Ratehub.ca and president of mortgage brokerage CanWise Financial, in a statement via email.

Banning the use of borrowed funds to finance down payments will likely have a more marginal effect, as most Canadians rely on savings, investments and financial help from family for down payments, Laird added.

Mortgage insurance, which protects lenders from the risk of borrowers defaulting on their payments, is mandatory in Canada for loans with a down payment of less than 20 per cent.

While the new CMHC rules do not apply to Canada’s private mortgage insurers, they could adopt the new policy on a voluntary basis.

Private mortgage insurance providers could become “the only games left in town” for homebuyers in expensive markets like Toronto and Vancouver, where borrowers generally have higher debt ratios, McLister noted.⁠

McLister is critical of CMHC’s decision to tighten the rules at a time when the economy is already reeling from the impact of the COVID-19 public health restrictions.

“Normally, you don’t rock the boat when you’re already taking on water,” McLister wrote in a blog post shortly after the policy announcement. “But that’s what CMHC has done,” he added.

Canada’s housing agency has said it’s concerned that already high household debt levels will soar in the aftermath of the COVID-19 crisis, increasing the risk that overstretched homeowners won’t be able to keep up with their mortgage payments.

U.S. West Texas Intermediate crude oil futures are trading at their highest levels of the week on Friday and inside the price gap created on March 9 when the market opened sharply lower, officially starting the coronavirus-related plunge. The price action strongly suggests the buying is getting stronger especially if traders fill the gap.

The market was initially supported after a report said OPEC and its allies led by Russia would meet on Saturday to discuss extending record oil production cuts and to approve a new approach that aims to force laggards such as Iraq and Nigeria to comply better with the existing curbs.

A second surge in the market occurred following the release of a much better-than-expected U.S. Non-Farm Payrolls report. This surprisingly strong report is a sign that the economy is improving much faster than previously expected, meaning that demand will pick up at a much faster pace than currently estimated.

Saturday’s meetings would start with talks between members of the Organization of the Petroleum Exporting Countries and be followed by a gathering of the OPEC+ group, an OPEC+ source said, after Algerian and Russian media reported the meetings, Reuters reported. 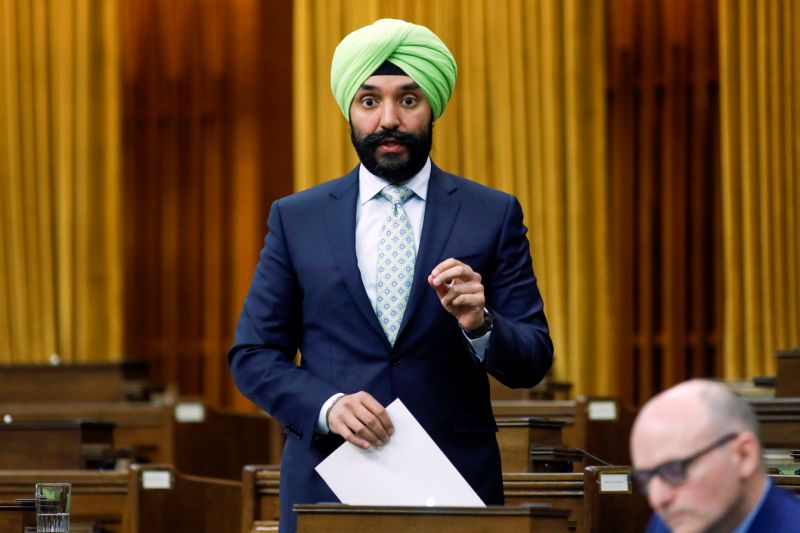