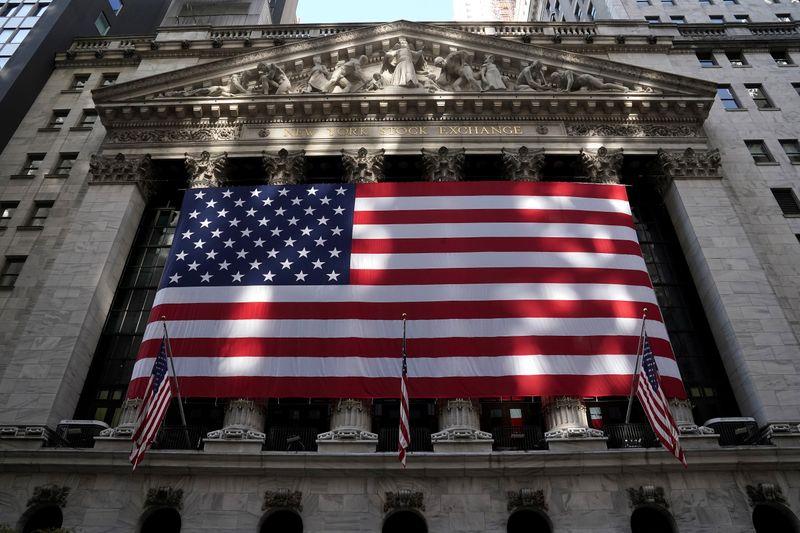 NEW YORK (Reuters) – The S&P 500 posted a modest loss and the Nasdaq closed sharply lower on Tuesday as promising news regarding an effective COVID-19 vaccine led investors away from market leaders and toward cyclical stocks associated with economic recovery.

Pfizer Inc PFE.N announced on Monday that its COVID-19 vaccine candidate, developed with German partner BioNTech 22UAy.DE, showed in trials it had a 90% success rate in preventing infection.

The development led to investors taking profits from market-leading tech stocks that have thrived amid the pandemic recession, a sell-off which pulled the tech-heavy Nasdaq deep into red territory.

“Equity markets in the U.S. have experienced the start of a significant rotation following the vaccine announcement,” said Tim Ghriskey, chief investment strategist at Inverness Counsel in New York. “It’s been a dramatic change and it’s all in anticipation of returning to some form of economic normalcy once the vaccine has been distributed to the broad population.”

“The caveat is there’s a second wave to the virus that’s infecting a record number of people,” Ghriskey added. “But at least for now the markets are willing to look through that economic pain to better days ahead once the virus has been eradicated.”

Uncertainties from Washington still simmer in the background as President Donald Trump continued to press for investigations of election fraud following his defeat by Democrat challenger Joe Biden.

“The circus going on in DC which is causing concern about a smooth transition of administrations in the months ahead,” Ghriskey said. “The flames coming out of Washington are unrelenting and constant.”

European shares extended their gains on lingering vaccine optimism and news that EU negotiators have agreed on a budget, a crucial step toward activating the bloc’s 1.8 trillion euro recovery package.

U.S. Treasury yields inched lower on Tuesday in choppy trading, consolidating the previous session’s gains due to economic optimism in the wake of positive news on a potential coronavirus vaccine.

Oil prices extended Monday’s surge, which gave the commodity its biggest daily percentage gain in five months, as views of a possible medical solution to the pandemic outweighed sagging demand from new lockdowns to contain the virus.

The dollar held its ground against a basket of currencies and the yen hovered near three-week lows as the forex markets absorbed Monday’s big moves due to vaccine developments.

Gold regained some ground lost in Monday’s plunge expectations of fiscal and monetary stimulus offered support to the safe-haven metal.

B.C.’s top doctor says getting and storing COVID-19 vaccine ‘will not be easy’ – Global News

OTTAWA —
Ottawa Public Health says five more people have tested positive for COVID-19 but the health unit removed 12 cases from its pandemic total after it was found those individuals did not live in Ottawa.

Cases are sometimes removed from totals for a particular health unit when investigations reveal the individual or individuals who tested positive live in another health region.

“On Aug. 3, 2021, some cases were removed from the OPH dashboard because it was determined that the individuals did not live within the city of Ottawa,” Ottawa Public Health said in a statement. “As such, OPH’s cumulative case count has decreased since the previous report.”

Hospitals and ICUs in Ottawa remain free of COVID-19 patients and there are zero active COVID-19 outbreaks in the city.

Across the province, Public Health Ontario said 139 more people have tested positive for COVID-19 and 11 more Ontarians have died, while noting that seven deaths are from 2020 and were added following a data cleanup. Another 155 cases are now considered resolved.

There are 43 active cases of COVID-19 in Ottawa on Wednesday, up from 42 on Tuesday.

Ottawa Public Health removed eight resolved cases from its pandemic total on Wednesday. The total number of resolved cases of coronavirus in Ottawa is 27,185. The eight cases were removed upon investigations revealing these individuals did not live in Ottawa.

Local ICUs have been COVID-19 free for more than a month.

Ottawa Public Health says 525 Ottawa residents were tested for COVID-19 on Tuesday. The daily positivity rate was 0.95 per cent.

The weekly average positivity rate for Ottawa residents for the week of July 28 to Aug. 3 is 0.5 per cent. 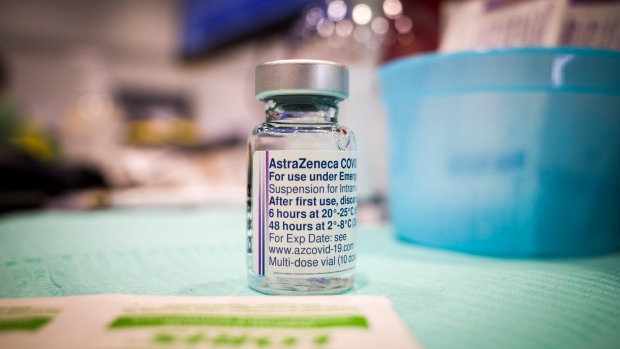 OTTAWA – The federal government has announced it will send more than 82,000 doses of the Oxford AstraZeneca COVID-19 vaccine to Trinidad and Tobago.

International Development Minister Karina Gould said in a release Wednesday that Trinidad and Tobago was selected to receive the excess doses that had already arrived in Canada based on need and the country’s capacity to deploy them immediately.

Gould said the doses will be delivered in the coming days and the Government of Trinidad and Tobago will manage the administration of the vaccines in accordance with manufacturing guidelines and public health best practices.

Last month, the federal government said it would donate nearly 18 million doses of the Oxford-AstraZeneca vaccine to poorer countries.

At the time, Procurement Minister Anita Anand said after talking to the provinces, the federal government determined these vaccine doses were excess supply, as demand for the AstraZeneca vaccine had been met.

She said Canada would donate 17.7 million doses that were supposed to flow into Canada from the United States through an advance purchase agreement with AstraZeneca and that they would be made available to lower-income countries through the global vaccine-sharing alliance COVAX.

In her statement Wednesday, Gould said vaccinating the world against COVID-19 continues to be the best strategy to end the pandemic.

“By redirecting excess doses we do not need here in Canada, we are supporting global efforts to fight this virus, and ensuring vaccines get to those in need,” she said. “Canadians know that no one is safe until everyone is safe.”

At the G7 meeting in June, Prime Minister Justin Trudeau pledged that Canada would give back at least 13 million doses it was set to receive through a contract with COVAX, on top of millions of dollars already set aside for the global vaccine effort.

This report by The Canadian Press was first published Aug. 4, 2021