Top health officials say they are “cautiously optimistic” about Canada’s odds of obtaining a safe and effective COVID-19 vaccine for distribution sometime in the first quarter of 2021.

But even if that timeline is met, Chief Public Health Officer Dr. Theresa Tam warns that doses would be in short supply at first — which would force governments to decide who gets immunized first.

“While that supply will continue to increase over time, it does mean that federal, provincial and territorial governments will have to make important decisions about how to use the initial vaccine supply,” Tam told reporters at a press conference Friday.

Tam said preliminary guidelines published earlier this week by Canada’s National Advisory Committee on Immunization (NACI), a multi-disciplinary panel of experts, should help guide decisions on who should be first in line.

“There are many conversations to be had about who gets those first doses of vaccines,” said Prime Minister Justin Trudeau.

“The most vulnerable, Indigenous peoples, frontline health workers — these are the kinds of populations we’re looking at for their high degree of vulnerability. But of course, those are conversations that will be had amongst provinces and territories and including experts.” 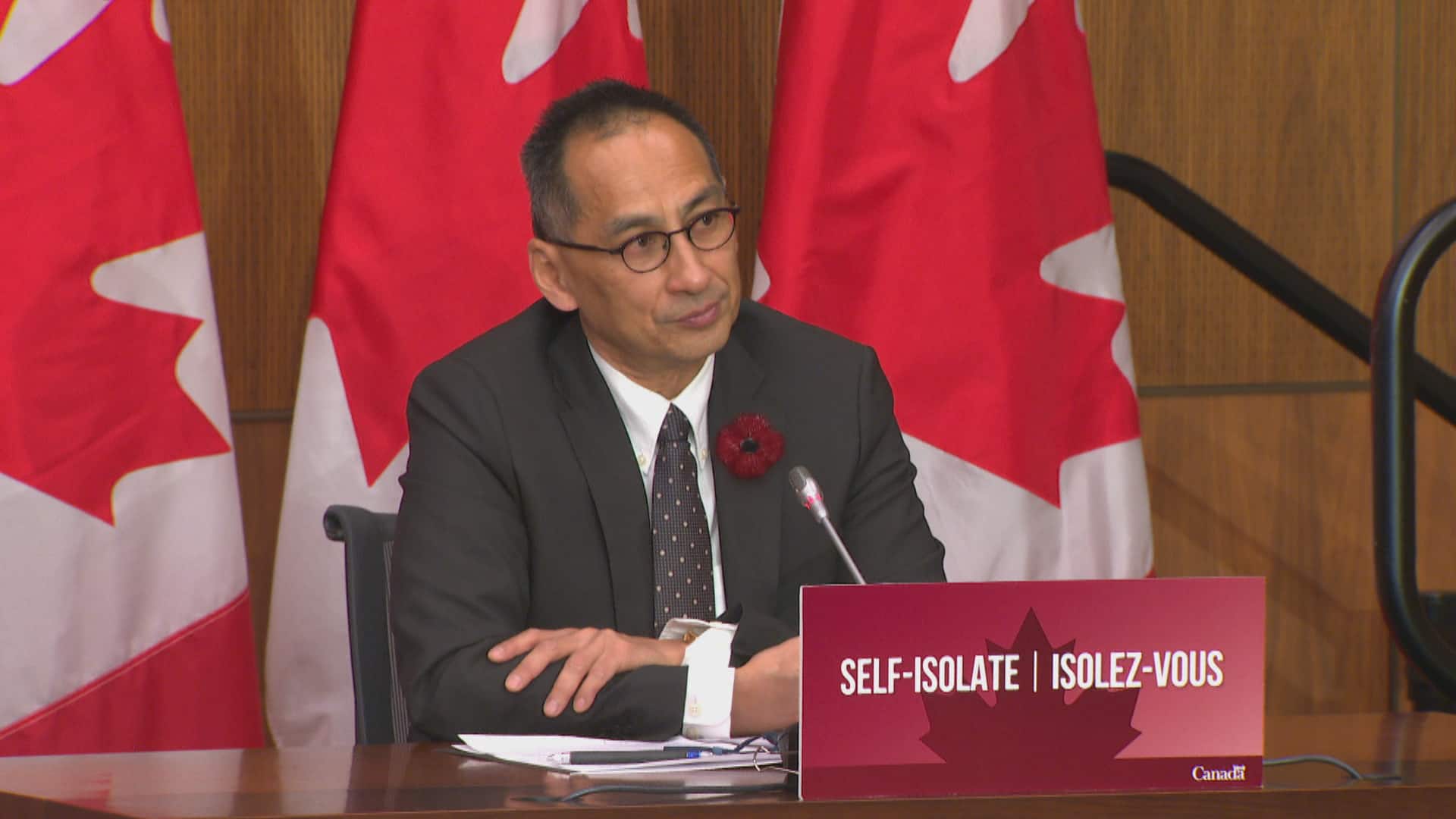 The Government of Canada has signed deals with several teams of vaccine developers to reserve millions of doses of COVID-19 vaccines in various stages of development — an effort to make sure Canadians can start getting immunized as soon as a vaccine becomes available.

While many vaccine candidates have shown promising early results, Tam warned that further research must be done in clinical trials to ensure they are safe and effective and Health Canada still needs to evaluate and approve any vaccines before they can be distributed.

Health Canada has so far received three official applications for vaccine approval, all of which are under review: from U.K.-based AstraZeneca, which is manufacturing a vaccine developed at the University of Oxford; from U.S. biotechnology firm Moderna, which launched the first Phase 3 clinical trial in the U.S. in July; and from U.S. pharmaceutical giant Pfizer and German biotechnology company BioNTech, which are collaborating on a vaccine.

“We will be receiving additional advice on prioritization based on the characteristics of each vaccine once approved,” said Tam.

WATCH: Trudeau says the first COVID vaccines are close to being approved but are tricky to handle

Prime Minister Justin Trudeau spoke with reporters at the pandemic briefing in Ottawa on Friday. 2:41

Beyond deciding who will get priority, bureaucrats at all levels of government are working to ensure the infrastructure and equipment is in place to distribute vaccines once they are ready, said Deputy Chief Public Health Officer Dr. Howard Njoo.

That work includes procuring equipment (such as syringes) and ensuring there is cold storage infrastructure in place to store and transport vaccines — some of which need to be kept at extremely low temperatures.

Njoo pointed out that the vaccine furthest along the development phase needs to be stored at -80 C, which could pose logistical challenges for the pharmacies and doctor’s offices typically involved in vaccine distribution.

“That’s not the way most vaccines in Canada in the past … in fact, none of them have been obligated to have that kind of cold chain in terms of logistics,” said Njoo. “We have to … work out the mechanics in terms of buying the right kinds of freezers, etcetera, the transportation mechanisms, etcetera, to be able to assure that if that’s the first one out of the pipeline that get’s approved … that we’re able to do that in the most effective and efficient manner.”

Njoo said all vaccines will be free of charge to all Canadians once they become available. 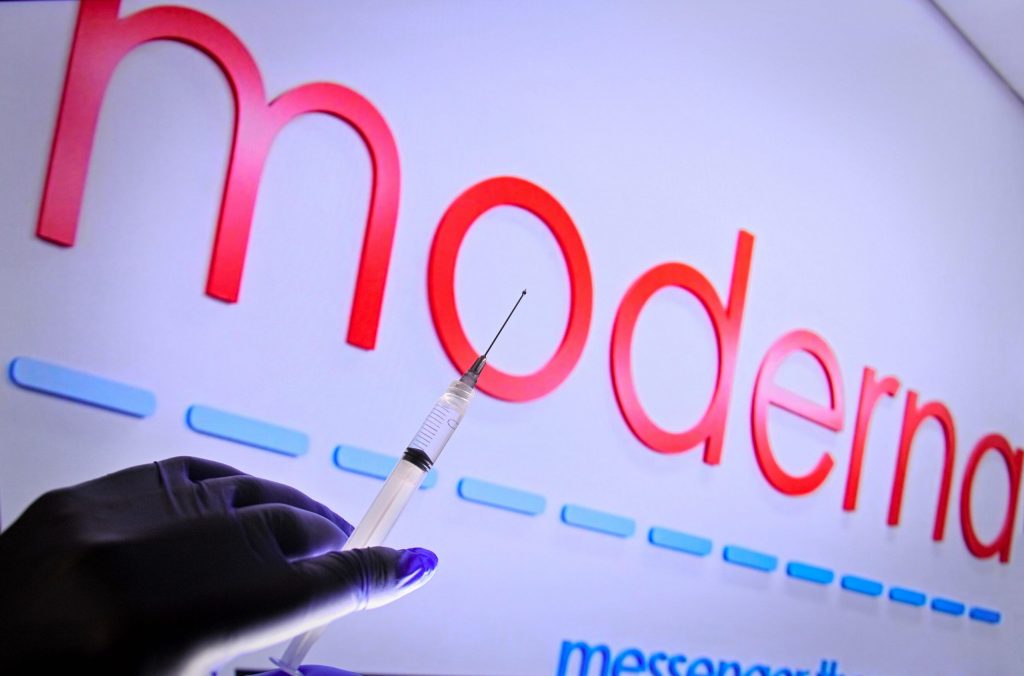 The chairman of American vaccine maker Moderna says Canada is near the front of the line to receive 20 million doses of the COVID-19 vaccine it pre-ordered.

Afeyan’s remarks come as the Trudeau government has come under fire this past week for its ability to deliver a timely vaccine to Canadians.

Prime Minister Justin Trudeau created a firestorm when he said Canadians will have to wait a bit to get vaccinated for COVID-19 because the first doses off the production lines will be used in the countries where they are made.

Afeyan was asked whether the fact that Canada committed to pre-purchase its doses before other jurisdictions means it will get its supply first.

Afeyan confirmed that was the case.

“In the case of Canada, that number is about 20 million doses. But the Canadian government, like others, have also reserved the ability to increase that amount. And those discussions are ongoing,” he added. 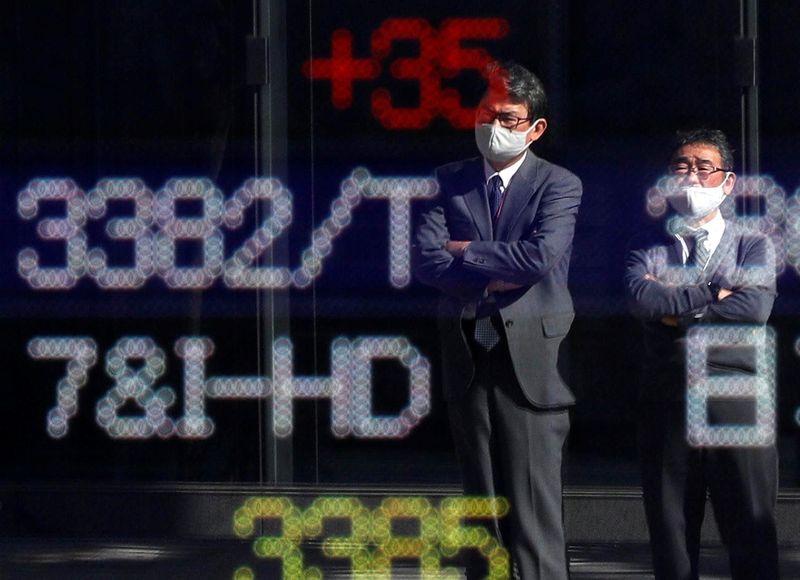 SYDNEY (Reuters) – World shares paused to assess a record-busting month on Monday as the prospect of a vaccine-driven economic recovery next year and yet more free money from central banks eclipsed immediate concerns about the coronavirus pandemic.

Helping sentiment was a survey showing factory activity in China handily beat forecasts in November, and the country’s central bank surprised with a helping of cheap loans. That left blue chips up 1.3% on the day and 7.4% for the month.

The rush to risk has also benefited oil and industrial commodities while undermining the safe-haven dollar and gold.

“November looks set to be an awesome month for equity investors with Europe leading the charge at a country/regional level,” said NAB analyst Rodrigo Catril.

Many European bourses are boasting their best month ever with France up 21% and Italy almost 26%. The MSCI measure of world stocks is up 13% for November so far, while the S&P 500 has climbed 11% to all-time peaks.

Early Monday, MSCI’s broadest index of Asia-Pacific shares outside Japan slipped 0.4%, to be up almost 11% for the month in its best performance since late 2011.

“Markets are overbought and at risk of a short term pause,” said Shane Oliver, head of investment strategy at AMP Capital.

“However, we are now in a seasonally strong time of year and investors are yet to fully discount the potential for a very strong recovery next year in growth and profits as stimulus combines with vaccines.”

Cyclical recovery shares including resources, industrials and financials were likely to be relative outperformers, he added.

The surge in stocks has put some competitive pressure on safe-haven bonds but much of that has been cushioned by expectations of more asset buying by central banks.

Sweden’s Riksbank surprised last week by expanding its bond purchase program and the European Central Bank is likely to follow in December.

Federal Reserve Chair Jerome Powell testifies to Congress on Tuesday amid speculation of further policy action at its next meeting in mid-December.

As a result U.S. 10-year yields are ending the month almost exactly where they started at 0.84%, a solid performance given the exuberance in equities.

The U.S. dollar has not been as lucky.

The dollar has even declined against the Japanese yen, a safe-haven of its own, losing 0.7% in November to reach 103.89 yen, though it remains well above key support at 103.16.

Sterling stood at $1.3334, having climbed steadily this month to its highest since September, as investors wagered a Brexit deal would be brokered even as the deadline for talks loomed ever larger.

One major casualty of the rush to risk has been gold, which was near a five-month trough at $1,771 an ounce having shed 5.6% so far in November.

Oil, in contrast, has benefited from the prospect of a demand revival should the vaccines allow travel and transport to resume next year. [O/R]

Some profit-taking set in early Monday ahead of an OPEC+ meeting to decide whether the producers’ group will extend large output cuts. Brent crude futures fell 52 cents to $47.66, while U.S. crude eased 60 cents to $44.93 a barrel. 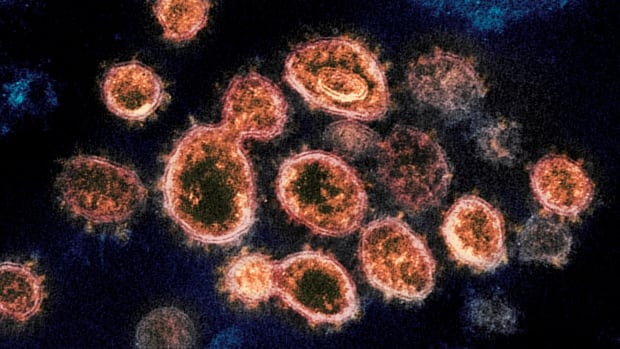 The total number of active cases in Alberta grew to 15,692, according to the province. There are 435 people in the hospital and 95 in intensive care.

A regional breakdown of cases as of Saturday shows the impact of COVID-19 in different parts of the province:

The 'diploma divide' in American politics | TheHill – The Hill