VICTORIA (NEWS 1130) — B.C. health officials warned that the province is in a precarious position when it comes to containing COVID-19, clarifying why they are ordering an early last call on New Year’s Eve during their last update of 2020.

The number of lives lost during the pandemic rose to 901 Thursday, with eight more deaths being reported.

“We have been trending in the right direction for the last few weeks, although the increase today reminds us that we are still in a very precarious situation, and we can only look around us — whether it’s other jurisdictions here in Canada, around the world, our neighbours to the South — where we see this virus continues to wreak havoc, and to cause illness and death,” she said.

“The increase today reminds us we are in a precarious situation” — Dr. Henry on 683 new cases of #COVID19 as she provides her daily update.

“As the new year brings a fresh start for all of us, we must start 2021 in the right space on the right foot. The only way we can get there is for all of us to continue to stay small and stay local — particularly for New Year’s Eve celebrations tonight.”

The ban on selling and serving alcohol after 8 p.m. was announced just over 24 hours before it would come into effect, leaving many in the food service and hospitality industry reeling as they coped with cancelled reservations and anticipated a major hit to revenue. The order expires Jan. 1, at which point last call will go back to being 10 p.m.

But Henry said she made the decision after hearing about events being planned where hundreds were expected to attend, and from concerned workers.

“The rationale behind this step is simple. Alcohol, as we know, and it has we have seen far too many times this year, limits our inhibitions. What can begin as a quiet dinner with our household or drink with a friend can to easily get out of control and sadly we have seen that happen even in the past few weeks. When that happens, rules can be forgotten, and servers and restaurant staff are the ones who must enforce these rules for the safety of everyone, including the staff,” she said.

Restaurants DBH says are safe for people to eat at now & in the future and have followed measures but ppl are pent up and the concern too great. Says we need to find other ways to support – one of her team cancelled 9 res making it for weekend instead. #covid19 #bcpoli @NEWS1130

“I’ve heard from many who work in restaurants and bars, who were worried about their ability to manage those situations — particularly on a night like tonight. I recognize absolutely that these restrictions are yet another challenge the restaurant and the food service industry has had to face in what has already been a very tough year, but two hours now is necessary for us to manage a situation that is going to be lasting for many more weeks.”

She added B.C. has kept restaurants open while other provinces have ordered them to close for all but take-out and delivery, and her hope is this temporary change will allow the doors to remain open.

“I don’t think this came out of the blue.”
When asked about the last-minute change for #NewYearsEve, Dr. Bonnie Henry suggests they’d been hinting at it for a while now. @CityNewsVAN @NEWS1130 pic.twitter.com/RPQWpPB8PY

“Ninety-four people have passed away from COVID-19 since Christmas Eve, that we have a significant number of cases, that we have 374 people in hospital, and we really need people to dig in right now,” he said.

“Following provincial health orders, it’s my expectation that everyone will do that, absolutely everyone will do that because it’s important to do it right now to begin to reduce the number of cases. And in particular, reduce the situation for people who are most vulnerable people in long term care and others who obviously are facing even more risks.”

Of those in hospital, 76 are in critical care or the ICU. Outbreaks persist at 52 long-term or acute care facilities where 1,412 residents and 723 staff are currently infected.

Dix and Henry also offered an update on vaccinations, and said 17510 people have received a dose of either the Pfizer or Moderna vaccine.

The next scheduled update on Jan. 4 will offer details on the province’s vaccine rollout plan. 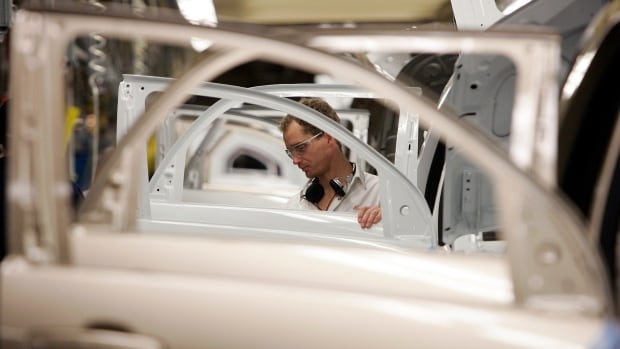 GM Canada says it has reached a tentative deal with Unifor that, if ratified, will see it invest $1 billion to transform its CAMI plant in Ingersoll, Ont., to make commercial electric vehicles.

Unifor national president Jerry Dias said along with the significant investment, the agreement between the company and union will mean new products, new jobs and job security for workers.

In a statement, Dias said that more details of the tentative deal will be presented to Unifor Local 88 members at an online ratification meeting scheduled for Sunday.

He said the results of the ratification vote are scheduled to be released on Monday.

Details of the agreement were not released Friday night, but the Ontario government issued a statement on Saturday praising the deal as “good news.”

“Unifor and General Motors have worked together to reach a tentative deal that will further strengthen Ontario’s world-class auto sector for its workers, their families and the communities they live in,” a joint statement from Premier Doug Ford and Economic Development Minister Vic Fedeli said.

A GM spokesperson said in a statement that the plan is to build BrightDrop EV 600s — an all-new GM business announced this week at the Consumer Electronics Show that will offer a cleaner way for delivery and logistics companies to move goods more efficiently. The growth of online shopping has increased demand for electric vans.

Unifor said the contract would bring total investment negotiated by the union to nearly $6 billion after new agreements were ratified with General Motors, Ford and Fiat Chrysler in 2020 that included support from the federal and Ontario governments.

Unifor said in November that General Motors agreed to a $1.3 billion investment to bring 1,700 jobs to Oshawa, Ont., plus more than $109 million to insource new transmission work for the Corvette and support continued V8 engine production in St. Catharines, Ont. 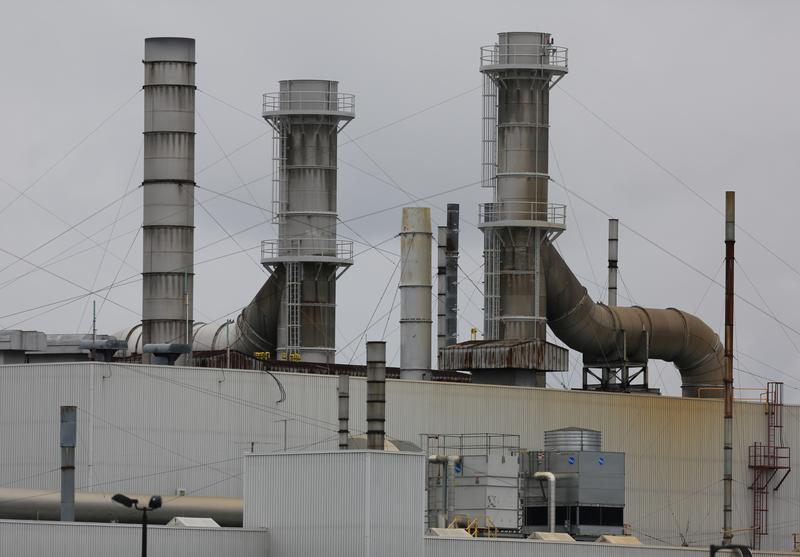 (Reuters) – General Motors Co and labor union Unifor said on Friday they have reached a tentative deal for the automaker to invest nearly C$1 billion ($785.42 million) in its CAMI Assembly Plant in Ingersoll, Ontario, to manufacture commercial electric vans.

Under the tentative deal, which is yet to be ratified by the union workers, GM has agreed to begin large-scale commercial production of EV600, an electric van, at its CAMI plant, Unifor said in a statement.

The Detroit automaker said in a separate statement that work would begin immediately at the plant.

The new deal builds upon recent investments by GM in Canada, which in November had agreed to invest C$1 billion in its Oshawa plant to expand production of its full-size pickup trucks.

The Canadian government welcomed the deal and said it would confirm its support as soon as the union members ratified the deal.

“We await the results of the ratification vote,” Canadian Foreign Affairs Minister François-Philippe Champagne said in a statement.

Unifor, the union representing hourly workers in Canada, said more details of the deal would be presented to local members of the union at an online ratification meeting scheduled for Jan. 17, the results of which are scheduled to be released a day later.

Reporting by Bhargav Acharya in Bengaluru with additional reporting by Steve Scherer in Ottawa; Editing by Simon Cameron-Moore

The Ontario government is extending the window for the second dose of COVID-19 vaccinations in order to account for Pfizer-BioNtech shipment and delivery delays.

They added the 28-day dose schedule for the Moderna vaccine will remain the same. Federal officials told Global News that Canada had received 171,000 doses of the Moderna vaccine this week and is expecting 230,400 more doses in the first week of February.

“Vaccination of residents, staff and essential caregivers of all long-term care homes and high-risk retirement homes in Ontario will continue, with the goal of having the first dose administered in all homes no later than mid-February,” the release said.

“In the meantime, we are working to expand the number of vaccination sites to prepare for the demand for vaccination during Phase Two.”

This includes ensuring that the province’s approximately 61,500 long-term care residents, staff and essential caregivers, in Toronto, Peel, York and Windsor-Essex are inoculated by Jan. 21, the provincial government said.

The news comes one day after the federal government announced Pfizer would be reducing deliveries to all countries receiving its COVID-19 vaccine while it expands its European manufacturing facility.

Procurement Minister Anita Anand said the temporary delay would have no impact on Canada’s long-term vaccine target, which aims to have enough doses for everyone in Canada who wishes to be vaccinated by the end of September.

The change in supply is expected to last the next four weeks, and could see deliveries reduced by at least half for Canada in the coming weeks. The Ontario government said they were working with the Public Health Agency of Canada to determine “the exact timing and amount of these reductions.”

These vaccine dose adjustments are in line with the National Advisory Committee on Immunization’s recommendations on the use of COVID-19 vaccines, which has indicated that some provinces may delay administering the second dose if there is a vaccine shortage, “preferably within 42 days of receipt of the first dose.”

As of Friday, the Ontario government said more than 189,000 vaccine doses have been administered in the province.