WARSAW, Poland — Hungarian doctors and health care workers began getting vaccinated Saturday with one of the continent’s first shipments of the Pfizer-BioNTech coronavirus vaccine, upsetting the European Union’s plans for a co-ordinated rollout of the first shots across the 27-nation bloc on Sunday.

The first shipments of the vaccine arrived at hospitals across the EU in super-cold containers late Friday and early Saturday after being sent from a manufacturing centre in Belgium before Christmas.

It was not immediately clear why Hungarian authorities began their vaccinations a day early. Authorities in Slovakia also announced that they planned to begin administering their first doses on Saturday evening.

“Today, we start turning the page on a difficult year. The COVID-19 vaccine has been delivered to all EU countries. Vaccination will begin tomorrow across the EU,” she said.

The rollout marks a moment of hope for a region that includes some of the world’s earliest and worst-hit virus hot spots — Italy and Spain — and others like the Czech Republic, which were spared early on only to see their health care systems near their breaking point in the fall.

Altogether, the EU’s 27 nations have seen at least 16 million coronavirus infections and more than 336,000 deaths. The vaccine rollout will help the bloc project a sense of unity in a complex lifesaving mission after it faced a year of difficulties in negotiating a post-Brexit trade deal with Britain. It also brings a sigh of relief for EU politicians who were frustrated after Britain, Canada and the United States began their vaccination programs earlier this month.

“It’s here, the good news at Christmas,” German Health Minister Jens Spahn said at a news conference Saturday. “This vaccine is the decisive key to end this pandemic.”

“It is the key to getting our lives back,” Spahn said.

The first shipments, however, are limited just under 10,000 doses in most countries, with the mass vaccination programs expected to begin only in January. Each country is deciding on its own who will get the first shots — but they are all putting the most vulnerable first.

In Hungary, the first shipment of 9,750 doses — enough to vaccinate 4,875 people, since two doses are needed per person — arrived by truck early Saturday and were taken to the South Pest Central Hospital in Budapest. The government said four other hospitals, two in Budapest and two others in the eastern cities of Debrecen and Nyíregyháza, would also receive vaccines from the initial shipment.

French authorities said they will prioritize the elderly, based on the virus’s deadly impact on older people in previous virus surges in France. The French medical safety agency will monitor for any potential problems.

Germany, where the pandemic has cost more than 30,000 lives, will begin with those over 80 and people who take care of vulnerable groups.

Spanish authorities said the first batch of the vaccine to reach the country had arrived in the central city of Guadalajara — where the first shots will be administered on Sunday morning at a nursing home.

In Italy, which has Europe’s worst virus death toll at over 71,000 people, a nurse in Rome at Spallanzani Hospital, the main infectious diseases facility in the capital, will be the first in the country to receive the vaccine, followed by other health personnel.

In Poland, the first two people to be vaccinated on Sunday will be a nurse and a doctor at the Interior Ministry hospital in Warsaw, the main coronavirus hospital in the capital, followed by medical personnel in dozens of other hospitals.

Polish Prime Minister Mateusz Morawiecki called it the patriotic duty of Poles to get vaccinated — a message directed at a society where there is a high degree of vaccine hesitancy born from a general distrust of authorities.

In Bulgaria, where vaccine hesitancy also runs high, the first person to get the shot will be Health Minister Kostadin Angelov, who has promised an aggressive campaign to promote the benefits of the shots.

In Croatia, where the first batch of 9,750 vaccines arrived early on Saturday, a care home resident in Zagreb, the capital, will be the first to receive the vaccine on Sunday morning, according to state HRT TV. Authorities also planned to involve celebrities and other public figures in a pro-vaccination campaign.

“We have been waiting for this for a year now,” Romanian Prime Minister Florin Catu said on Saturday after the first batch of the vaccine arrived at a military-run storage facility there.

The vaccinations begin as the first cases of a new variant of the virus that has been spreading in the U.K. have now been detected in France and Spain. The new variant, which British authorities said is much more easily transmitted, has caused European countries, the United States and China to put new restrictions on travel for people from Britain.

A French man living in England arrived in France on Dec. 19 and tested positive for the new variant Friday, the French public health agency said. He has no symptoms and is isolating in his home in the central city of Tours.

Meanwhile, health authorities in the Madrid region said they had confirmed the U.K. variant in four people, all of whom are in good health. Regional health chief Enrique Ruiz Escudero said the new strain had arrived when an infected person flew into Madrid’s airport.

German pharmaceutical company BioNTech is confident that its coronavirus vaccine works against the new U.K. variant, but further studies are needed to be completely certain.

What Canadians need to know about the coronavirus variant in Ontario – CBC.ca 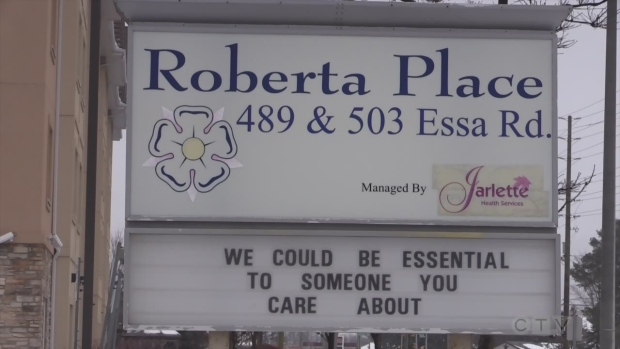 BARRIE, ONT. —
A COVID-19 variant has been identified in six swab tests done at Roberta Place in Barrie, Ont., where an outbreak has claimed at least 19 lives.

Since the health unit declared an outbreak at the long-term facility, cases have exploded, with 122 residents, 69 staff, and two visitors testing positive for COVID-19.

“The impact of this outbreak on the facility has been tragic, and these interim results of a variant are extremely concerning for everyone,” says Dr. Charles Gardner, medical officer of health for the Simcoe Muskoka District Health Unit.

Gardner says the virus spread so rapidly the health unit was immediately concerned about a possible variant. It’s not known how the new strain got into the seniors’ home.

“Usually, we never do find out for sure,” Gardner says contact tracing is challenging. He says one staffer was in contact with a person who travelled out of the country and tested positive for COVID-19 but says it’s unknown if that was the source.

Orillia Soldiers’ Memorial Hospital took the lead on containing the outbreak after Gardner issued the order on Saturday.

“The health unit, Orillia Soldiers’ Memorial Hospital, and Roberta Place, as well as our partners including the Red Cross, Royal Victoria Regional Health Centre, community physicians, are all working together to contain the spread of the virus and protect residents and staff,” Gardner adds.

The health unit says it is testing to find out what strain of COVID-19 they are dealing with using a two-part test.

The first part of the test indicated “a very high probability that they are of a variant strain of concern.” The second portion of the test is a whole-genome sequencing that determines the exact strain.

Gardner says the concern goes beyond Roberta Place. “This institution, like any, is part of the community,” he says. “There is potential for it to spread to the community.”

“We know from research that it [the strain] is more communicable,” Gardner says.

Meanwhile, a mobile vaccine clinic administered the first dose of the COVID-19 vaccine to residents who were able and willing.

“We understand that these are very unprecedented and challenging times for the families, residents and staff of Roberta Place, and we appreciate the concern of all involved as we get more information on the variant in the coming days,” said Dr. Gardner.

The results from the genome testing are expected in three to four days. 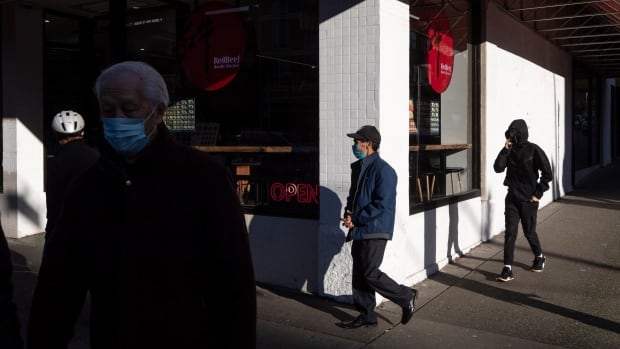 In a written statement, Provincial Health Officer Dr. Bonnie Henry and Health Minister Adrian Dix put the number of hospitalized patients at 320 people, 66 of whom are in intensive care.

Hospitalizations are at their lowest level since Nov. 30,  though the 14 deaths represent the second highest total recorded in January.

A total of 1,104 people in B.C. have lost their lives due to COVID-19 since the pandemic began.

There are currently 4,345 active cases of coronavirus in the province, with public health monitoring 6,905 people across the province who are in self-isolation due to COVID-19 exposure. More than 55,564 people who tested positive have recovered.

There is one new community outbreak at the Surrey Pretrial Services Centre.

The province has had to adjust its vaccination plan in response to news that Pfizer-BioNTech isn’t sending any doses of its vaccine to Canada next week, leaving B.C. with a shortfall of 5,800 doses.

Officials also reported an additional 14 deaths in the past 24 hours.

There are currently 4,345 active cases in the province, 320 people in hospital — 66 of whom are in intensive care — and 6,905 people under active public health monitoring due to possible exposure to an identified case.

Why George Springer is such a big get for the Blue Jays – CBC.ca