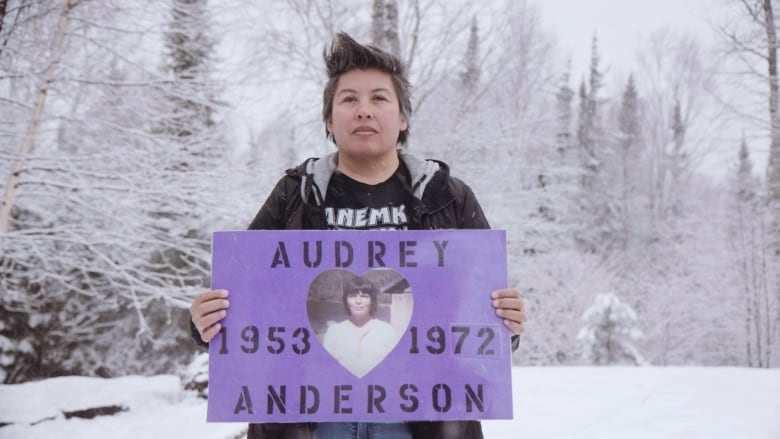 The ImagineNATIVE Indigenous film and media arts festival is going online this year because of the COVID-19 pandemic but there’s still lots to look forward to starting Tuesday, says the festival’s artistic director.

“Film is really great in that it is quite adaptable, so we have a really great on-demand platform for everyone,” said Niki Little.

Works will be released every day of the six-day festival and will be accessible for 48 hours. The festival will still feature micro meetings, keynote panels and an online hub for the iNDigital space showcasing 17 Indigenous-made digital and interactive media works.

“ImagineNATIVE is usually the place where people come together to connect to talk about their work and to really just celebrate each other,” said Little.

She said the gathering part was missing because of going online, so in order to honour the community and everyone that comes together to make the festival happen this year, there will be over $20,000 worth of prizes given away.

“It’s quite incredible how people have come together and rallied around this idea about the giveaway and about honouring our community and honouring the artists, because that’s really what it’s all about,” said Little.

ImagineNATIVE began by creating space for Indigenous content creators and has expanded to being a nearly week-long festival. Last year it became an Oscar qualifying festival for the short format live action category.

“At the end of the day, we’re all about it being artist-centred and Indigenous-led and ensuring that Indigenous stories are being told by Indigenous people because that’s paramount,” said Little.

There will be four short film programs, each named after one of the colours in the medicine wheel.

The red, black and yellow programs will all feature a question and answer component running Wednesday, Friday and Saturday.

Special events include an hour of visual art, performances and curator talks from Toronto galleries in the form of a virtual art crawl led by Little.

On Friday, the Night of Indigenous Devs will showcase international Indigenous video game talent. On Saturday, ImagineNATIVE’s annual concert will stream online in partnership with the Tkaronto Music Festival.

On Sunday, actor, producer, and director Lorne Cardinal will be presented with the August Schellenberg Award of Excellence.

Directed by Métis writer and director Trevor Cameron, this documentary explores Cameron’s cross-country road trip to the homelands of Gabriel Dumont. Dumont played a key role as a leader in the 1885 Métis uprising.

In this adaptation of Eden Robinson’s novel by the same name, Lisa Hill is brought back to her Haisla village of Kitamaat by her dead cousin’s plea. Once she returns she has a vision of her younger brother Jimmy drowning. Jimmy goes out to sea to rid the village of a predator but then goes missing. This sets Lisa off on a journey to save her brother’s soul. This dramatic feature is directed by Cree/Métis writer, director and producer Loretta Todd.

The Legend of Baron To’a

This film marks Māori/Pasifika actor, writer and producer Kiel McNaighton’s debut as a feature film director. The Legend of Baron To’a tells the story of Fritz, a Tongan entrepreneur, who after several years returns to his old neighbourhood to sell his family’s home, still grappling with his wrestling superstar father Baron To’a’s legacy.

Seminole and Muscogee Creek filmmaker Sterlin Harjo followed a set of Indigenous artists over the course of the year to explore the question, “who classifies Native American art and what does that mean?” The documentary profiles musician and composer Laura Ortman, who performed at the 2019 Whitney Biennial; artist and composer Raven Chacon; famed poet, musician and author Joy Harjo; singer and guitarist Micah P. Hinson; among others.

Tell Me A Story: A Multi-Generational Film Program

How is emerging technology and media shaping democracy? – McGill Newsroom