MONTREAL —
Montreal researchers say they have found a breakthrough when it comes to the difficulties older people can face in conceiving a child.

Researchers at the Centre de recherche du Centre hospitalier de l’Université de Montréal (CR-CHUM) laboratory have identified small chromosomes that are ‘slower’ than others and are working to improve the quality of eggs for women trying to become pregnant.

It’s a common problem: nearly one in six Canadian couples is affected by infertility. This number has doubled since the 1980s, said the CHUM.

One of the causes of female infertility has to do with an abnormality in eggs that causes them to have an abnormal number of chromosomes. This is becoming more and more common as women age. While this fact is well known, many researchers have been trying to find solutions.

CR-CHUM scientists have recently made discoveries on this front, as published in the journal `Developmental Cell.’

Greg FitzHarris, a researcher at the CR-CHUM specializing in female infertility research, and Aleksandar Mihajlovic, a postdoctoral fellow in the lab and lead author of the study, reveal that certain chromosomes in mouse eggs are slower to move during meiosis, a crucial phase of cell division that occurs just before the eggs are fertilized.

Because they are slower, FitzHarris called them ‘lagging chromosomes.’ Arriving late at their destination, they contribute to the formation of cells with an abnormal number of chromosomes.

This abnormality is one of the major causes of infertility and explains, in part, why older women have difficulty becoming pregnant and carrying a pregnancy to term. The discovery of these ‘lagging chromosomes’ is a ‘major’ finding of their work, said the researcher.

The second part is a successful laboratory experiment: the team tried to inject a chemical substance to extend the period when cell division occurs. This allows more time for the ‘latecomers’ to arrive on time where they are expected.

The eggs are less likely to have an abnormal number of chromosomes, FitzHarris, who is also a professor at the University of Montreal (UdeM) in the departments of obstetrics and gynecology and pathology and cell biology, explained in an interview.

“It’s promising because we believe this is the first time that eggs from older females, who were more likely to have an abnormal number of chromosomes, have avoided that,” he said.

But this still needs to be tested on humans, the researcher cautioned, because his team had to do their work on mice.

It’s difficult, if not impossible, for researchers to obtain eggs from women who are struggling to conceive a child, because those women really need them.

“There are not many circumstances where it would be appropriate to take their eggs for scientific experiments,” he said. In fertility clinics, all the eggs are used.

This work, still in the basic research stage, is nevertheless laying a solid foundation for future experiments and for finding solutions to infertility.

The researchers believe that their findings could eventually be used clinically to increase the performance of eggs used in in vitro fertilization, to select eggs with the highest chance of success and also to prevent eggs from having an abnormal number of chromosomes.

Funding for the study was provided by the Canadian Institutes of Health Research, the Fonds de recherche du Québec-Santé and the Fondation Jean-Louis Lévesque.

Spacewalk Postponed Due to Pinched Nerve in Neck – The National Herald 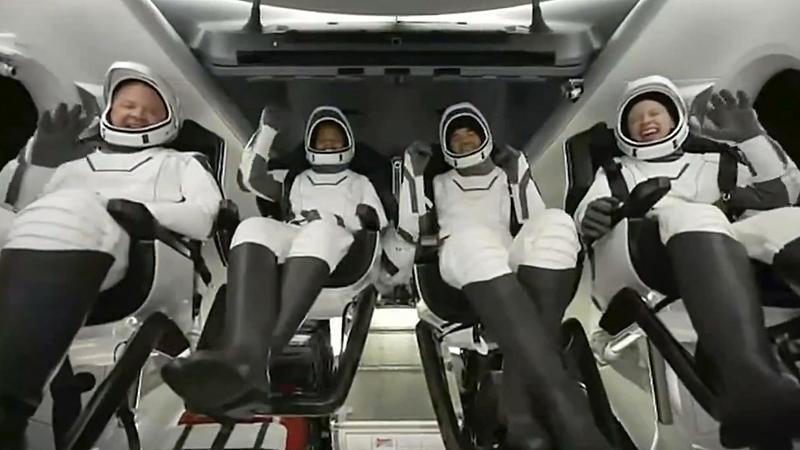