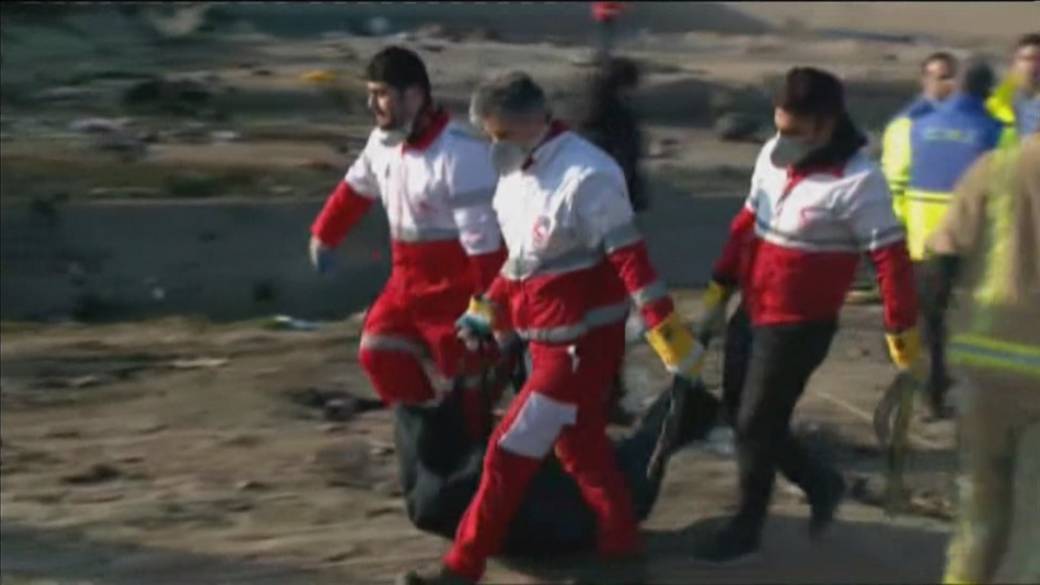 Foreign Affairs Minister François-Philippe Champagne will convene a meeting of the International Coordination and Response Group at Canada’s high commission in London, U.K., into the shooting down of a civilian aircraft by Iran’s military last week.

That meeting was scheduled to take place Thursday but has now been confirmed to be taking place at Canada House.

Canada, Ukraine, Sweden, Afghanistan and the United Kingdom are the members of that group, formed in the aftermath of the devastating crash that killed 176 people last week when a Ukrainian aircraft leaving Tehran’s international airport was struck by a missile fired by the Iranian military.

Iran initially denied media reports that it had shot down the passenger plane.

It later admitted responsibility, saying its military had mistaken the plane for a “hostile” target during a period of heightened tensions.

The Transportation Safety Board of Canada provided an update on the crash investigation on Monday. TSB chair Kathy Fox told reporters TSB has confirmed its role as an expert and accepted Iran’s invitation to attend the accident site as entitled in Annex 13 to the Convention on International Civil Aviation.

Two TSB air accident investigators left Canada Friday evening and met up with members of the Canadian consular team in Turkey over the weekend, she said.


5:09
Canadian-American relations as tensions rise in the Middle East

Canadian-American relations as tensions rise in the Middle East

“We will speak up if we feel those answers aren’t coming” from Iranian aviation authorities, said Fox.

The firing of that missile came just hours after Iran had launched roughly two dozen ballistic missiles at coalition military bases in Iraq in response to the decision by U.S. President Donald Trump on Jan. 3 to target and kill by drone strike Iranian Gen. Qassem Soleimani.

Soleimani was the architect of Iran’s campaign to expand its influence across the Middle East and the second most senior member of the Iranian regime.

His killing prompted waves of protests in Iraq and Iran against the U.S.

But within days, those turned into protests against the regime after it admitted it had shot down the plane.

Iranian forces have reportedly begun using live ammunition and tear gas to break up those protests.

Of the 176 killed, roughly 57 were Canadian and more than 80 were Iranian.

There are now renewed calls for the Canadian government to list Iran’s Revolutionary Guard as a terrorist entity, expanding on the existing listing of the Quds Force, which is a branch of that same Iranian military.

Both Prime Minister Justin Trudeau and Champagne have held rare direct communications with their Iranian counterparts over the past week, stressing the need for a credible investigation into the incident. Those calls have been bolstered through the international response group.

Canada hasn't decided if it would cover security costs for Harry and Meghan: Morneau – CBC.ca

Canada Goose has launched a new collection of Inuit-made parkas.

The collection called Atigi 2.0 has 90 parkas made by 18 seamstresses who all live in Inuit Nunangat — Inuit regions of N.W.T., Nunavut, Quebec to Newfoundland and Labrador. Last year, Canada Goose launched project Atigi with 14 original parkas.

The parkas from Atigi 2.0 were shown publicly for the first time at a media launch in New York Thursday.

“It’s unbelievable,” said Stephanie Pitseolak, one of the designers who lives in Iqaluit. “I can’t believe my parka is there right now.”

Pitseolak said the experience was exhausting. Canada Goose sends the seamstresses a box of materials to use for their designs. Things like fur, hollow fill insulation, zippers and Canada Goose commanders and patches with the logo. They had a month to make five identical parkas each in a different size.

Even Pitseolak was struggling. She said she couldn’t give up and felt like her late grandmother was guiding her while she sewed.

The parkas will be one sale at the Canada Goose website for $2,500 each. The proceeds will go to Inuit Tapiriit Kanatami (ITK), a national organization that advocates for the rights and interests of Inuit in Canada.

“We have big plans and a big vision from project Atigi,” said Gavin Thompson, vice-president of corporate citizenship for Canada Goose. “We are literally just getting started.”

Thompson said they want to grow the project but wouldn’t reveal details of what that looks like.

“We are just so proud of this collection,” said Thompson. “We are excited to put it on our platforms so we can really showcase these designers and their parkas to the world.” 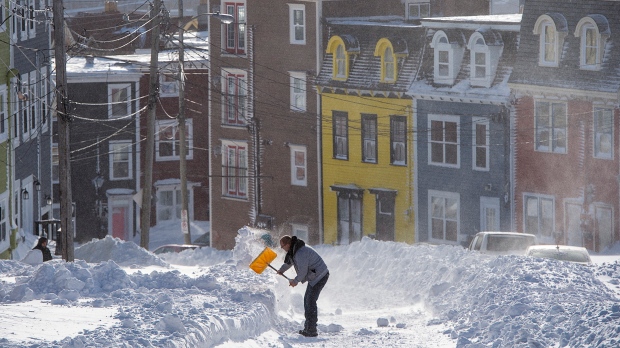 TORONTO —
Winter weather has escalated across Canada as the federal government agreed to send help to Newfoundland following record-breaking snowfall.

Newfoundland and Labrador Premier Dwight Ball requested government help Saturday, including mobilizing the Canadian Armed Forces, to provide relief to areas of the province hit by the severe winter weather.

St. John’s experienced a record-breaking one-day snowfall of 76.2 centimetres, snapping a previous record of 68.4 centimetres from 1999.

Here’s a look at how the rest of the country handled a weekend of dramatic winter weather.

Environment Canada has snowfall warnings in place for Montreal and surrounding areas, with 15 to 20 centimetres expected between Saturday afternoon and Sunday.

Skies are expected to clear in the morning with snow starting to fall as the clouds roll in. In addition, winds may reach between 20 km/h and 40 km/h putting the temperature near -25 C with the wind chill.

The snow should clear Sunday night with a cold and sunny Monday to start the week.

In Canada’s most populous region, the first major snowfall in southern Ontario has brought traffic to a crawl in Toronto and elsewhere with up to 20 centimetres of snow and howling winds causing white-out conditions.

Speaking at a news conference on Saturday, City of Toronto spokesperson Eric Holmes said that there are 1,500 workers prepared to respond to the city’s first snowstorm of the year.

A snowfall warning is in effect for the city and most of southern Ontario.

Large parts of Northeastern Ontario are also under snowfall warnings, with winter storm warnings in place for Sault Ste. Marie and Killarney.

A number of communities across southern Manitoba are under a winter storm warning from Environment Canada, including Steinbach, Emerson and Pilot Mount, while Winnipeg is under a snowfall warning.

A storm system is expected to bring 10 centimetres to 20 centimetres of snow to the city and other parts of southern Manitoba.

In Saskatchewan, extreme cold warnings are in place for most of the south of the province, Fond-du-Lac, Stony Rapids and Black Lake.

The Alberta Motor Association said it has received more than 55,000 calls for roadside assistance since January 12, more than six times the usual call volume.

Meanwhile, a 16-year-old in Edmonton is recovering from frostbite after walking around outside without gloves for 45 minutes in -25 C weather.

A winter storm warning is in effect for Fraser Valley in B.C. after it received another dumping of snow overnight. Skiers on the slopes in Whistler could see as much as 40 centimetres of snow.

Vancouver Island has heavy rain warnings in place with the possibility of localized flooding.Wind warnings are in effect for all of B.C.’s coast.

A bitterly cold arctic ridge of high pressure remains entrenched over the Yukon, according to Environment Canada.

Extreme cold warnings are in place for much of the territory.

Blizzard warnings are also in place for parts of Nunavut.

Winds gusting into the 60 to 80 km/h range have developed over central Kivalliq and will spread south eastwards into the Arviat region Saturday evening, Environment Canada said.

These conditions will likely persist into Sunday with improvement occurring Sunday night.

LILLEY: Canadians are ditching CBC, so why do we keep funding it? – Toronto Sun 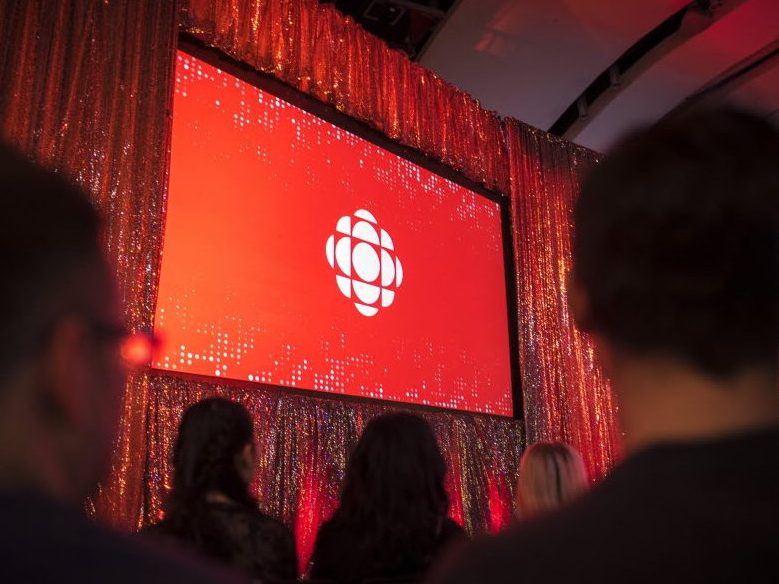 Every single time I critique CBC, I’m told that we need to have the state broadcaster, that Canadians rely upon it.

But the numbers would beg to differ.

Whether we are talking audience share or advertising revenue, CBC is a broadcaster in decline.

Did you know that across Canada, over a total of 27 stations coast to coast, the average audience for CBC’s supper hour newscast was 329,000 people? That’s not 329,000 people per market, that is across the country.

Compare that to just one of CTV’s local supper hour newscasts, CFTO in Toronto, which averaged 1.4 million viewers per night in the first week of 2020. That doesn’t include other major markets like Vancouver, Montreal, Calgary or Ottawa where CTV outstrips CBC. It doesn’t include Global News, which is dominant in Western Canada and like CTV doesn’t take a $1.5 billion per year subsidy from the taxpayers.

These CBC ratings aren’t numbers that I’ve made up, they were contained in CBC’s most recent annual report and highlighted by Ottawa-based media outlet Blacklock’s Reporter.

Other nuggets in that annual report include that CBC’s prime-time audience share in television was 5%, down from 7.6% in 2017-18. We also learned that CBC News Network’s total audience share is 1.4% of all TV viewers.

These slumping ratings mean slumping ad sales, the report says advertising revenue is down 21% overall — the decline in English Canada was actually much bigger, a 37% drop. If it were not for CBC’s French language division having a pretty good year, things would have been much worse.

Justin Trudeau’s Liberals were elected on a promise to increase CBC’s base funding by $150 million a year. That promise has been met and I’m sure Trudeau will soon be considering more money for his favourite news and media outlet.

Would we even notice?

CBC’s latest attempt to get ratings heading in the right direction has seen them bring in Family Feud Canadian Edition. Nothing says telling Canada’s stories to Canadians quite like importing a dated American game show and selling it like it is something new.

What’s next? Showing Home Alone 2 and editing out Donald Trump?

CBC does well in radio — as someone who worked for years in private radio and competed against CBC Radio, I can say they have an audience and do a good job.

Yet on TV, Canadians are voting with their clickers.

This may come as a shock to some media folks, especially on Parliament Hill, but CBC’s The National has been the third most watched national newscast for decades. Their recent reboot has only made things worse, pushing ratings below 400,000 viewers a night and at times I am told below 300,000 viewers.

CBC is out of touch with Canadians and what they want to see.

Their supporters may say ratings shouldn’t matter for a state broadcaster like CBC but if they aren’t producing shows we want to watch with their massive subsidy then what is the point of continuing to fund them?