Trupanion (NASDAQ: TRUP) was founded in 1999 by current CEO Darryl Rawlings, 15 years after coming up with the idea following the death of his dog. Rawlings’ goal was to “create a company that was valuable to pet owners, their pets, and veterinarians,” and that company is now Trupanion. But are there enough people willing to insure their pooches and feline friends to make Trupanion a compelling investment?

This article was originally published on MyWallSt — Investing Is for Everyone. We Show You How to Succeed.

The bull case for Trupanion

Trupanion estimates that its total addressable market is $32.7 billion and the number of pets with insurance in the U.S. and Canada is under-penetrated at roughly 1% and 2% respectively. Comparing this to 40% in Sweden, there is a large runway for growth, with the number of pets enrolled by Trupanion currently standing at 804,251. According to a report by the North American Pet Health Insurance Association, since 2015, the annual growth rate of insured pets has been 15.8%, demonstrating the ever-growing market.

Trupanion has reported revenue growth of above 20% for over ten years. In the most recent quarter, Q3, Trupanion increased revenue by 31% YoY to $130.1 million. This growth was driven by a 15% increase in enrolled pets and a 20% increase in subscription revenue. It also boasts an impressive monthly retention rate of 98.6%. Trupanion continues to invest internally with 45% internal return in the last quarter, and management expects these high rates of return to continue.

Trupanion has partnered with over 2,300 veterinary hospitals and over 10,000 veterinarians, which is vital as this helps to increase referrals. Trupanion also has software in many veterinary clinics which allows for claims to be paid in minutes and minimizes friction, differing from traditional insurance companies where claims would be reimbursed at a later date. In clinics where there is software installed veterinarians may be more inclined to push the product and recommend it. Increased referrals, coupled with growing average revenue per-user, will help to fuel growth in the coming years.

The bear case for Trupanion

Larger insurance companies could be considered the greatest threat to Trupanion, and if the pet insurance market continues to expand, it’s likely more of the larger players will enter the space. However, Trupanion has managed to navigate this threat thus far and is the market leader in the space with a sole focus on pet insurance. One could argue that its brand name and integration with veterinary hospitals differentiate itself from competitors, and acts as a competitive advantage.

Another risk that investors must take into account is whether or not the penetration rates in the U.S. will reach the levels of other markets. The worst-case scenario is that the penetration rates will stagnate or decline. If the opposite occurs, we could be looking at a company with room to grow many times over. However, it reported a net loss of $2.6 million compared to a net income of $0.8 million a year prior. The ability to consistently produce a profit remains a question mark that investors should keep an eye on but must take into account that it continues to invest heavily.

So, should I be watching Trupanion stock?

Investors need to weigh up the potential for growth with the risk that insurance penetration in the U.S. and Canada may not reach the same level as other countries. This company does appear to have many of the attributes that we look for, such as a founding CEO and significant market opportunity, among others. Trupanion could be a great addition to a diversified portfolio and could provide outstanding returns if it continues to grow at the pace that management is targeting.

When did Trupanion IPO?

What is its market cap?

Its market cap is approximately $3 billion

Trupanion doesn’t pay dividends and is unlikely to in the future.

MyWallSt makes it easy for you to pick winning stocks. Start your free trial with us today— it’s the best investment you’ll ever make.

Disclaimer Past performance is not a reliable indicator of future results.

CMC Markets is an execution-only service provider. The material (whether or not it states any opinions) is for general information purposes only, and does not take into account your personal circumstances or objectives. Nothing in this material is (or should be considered to be) financial, investment or other advice on which reliance should be placed. No opinion given in the material constitutes a recommendation by CMC Markets or the author that any particular investment, security, transaction or investment strategy is suitable for any specific person.

The material has not been prepared in accordance with legal requirements designed to promote the independence of investment research. Although we are not specifically prevented from dealing before providing this material, we do not seek to take advantage of the material prior to its dissemination.

CMC Markets does not endorse or offer opinion on the trading strategies used by the author. Their trading strategies do not guarantee any return and CMC Markets shall not be held responsible for any loss that you may incur, either directly or indirectly, arising from any investment based on any information contained herein.

*Tax treatment depends on individual circumstances and can change or may differ in a jurisdiction other than the UK.

Join the 40,000+ subscribers getting market-moving news every week. 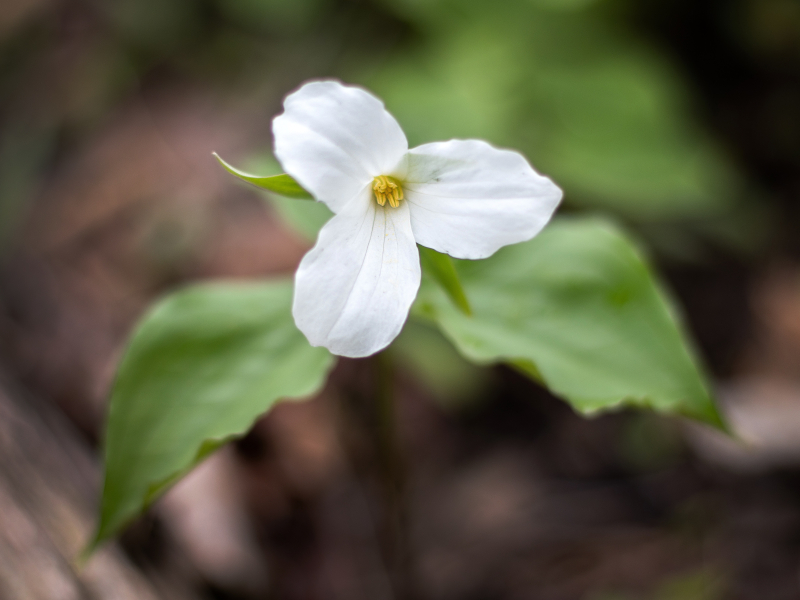 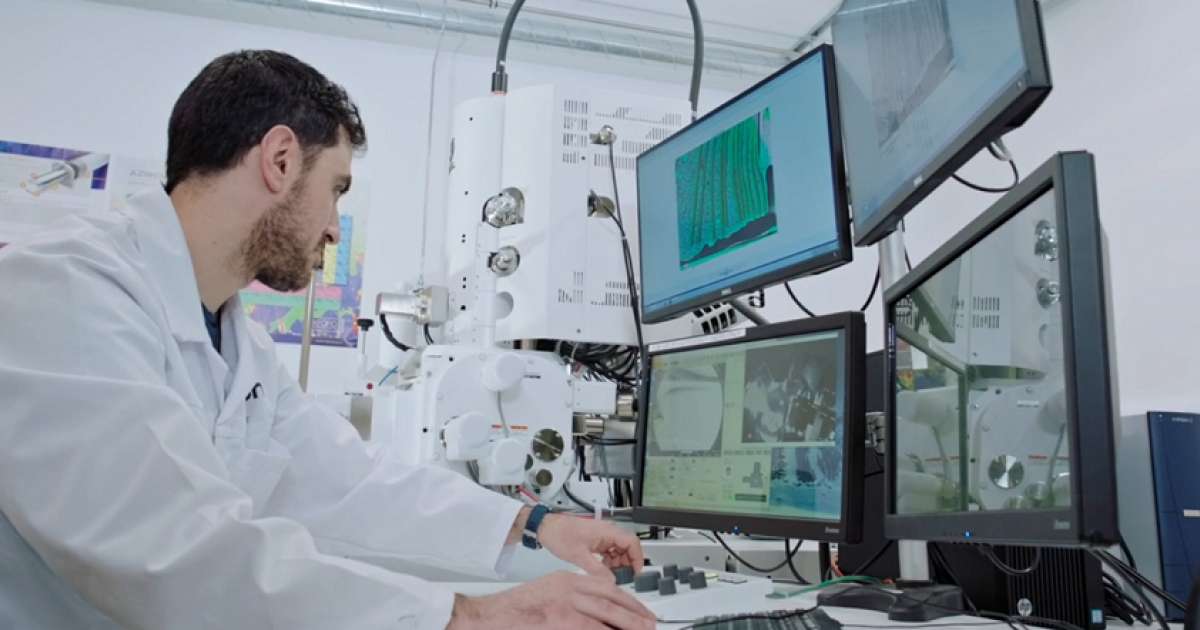 The private company, which is owned by Britain’s richest person, James Dyson, will focus investment on sites in Singapore, the UK and the Philippines, hiring engineers and scientists after it cut 900 jobs in July as part of a cost-cutting exercise.

Dyson said one of its main areas of focus is bringing its proprietary solid-state battery technology to market, which it claims will offer “safer, cleaner, longer-lasting and more efficient energy storage”.

“Now is the time to invest in new technologies such as energy storage, robotics and software which will drive performance and sustainability in our products for the benefit of Dyson’s customers,” said chief executive Roland Krueger.

“We will expand our existing product categories, as well as enter entirely new fields for Dyson over the next five years. This will start a new chapter in Dyson’s development.”

In the UK, the company said it was concentrating more investment on robotics research and artificial intelligence (AI) at its restored World War Two Hullavington airfield site ‘campus’.

New investments at Hullavington and Malmesbury, which employ over 4,000 people, will fund research in fields such as products for sustainable healthy indoor environments and wellbeing.

Dyson opened over 100 retail shops in 2019 and a further 30 in 2020 and the plan is to continue expanding its retail footprint.

Founder James Dyson topped the Sunday Times Rich List for the first time earlier this year, with his wealth increasing to an estimated £16.2bn.

TORONTO, Nov. 27, 2020 /CNW/ – Manulife Investment Management today announced the December 2020 cash distribution estimates for Manulife Exchange Traded Funds (ETFs) that distribute semi-annually. Please note that these are estimated amounts only as of October 9, 2020, and reflect forward-looking information which may cause these estimates to change.

Details of the distribution per unit amounts are as follows:

Manulife Investment Management is the global wealth and asset management segment of Manulife Financial Corporation. We draw on more than a century of financial stewardship and the full resources of our parent company to serve individuals, institutions, and retirement plan members worldwide. Headquartered in Toronto, our leading capabilities in public and private markets are strengthened by an investment footprint that spans 17 countries and territories. We complement these capabilities by providing access to a network of unaffiliated asset managers from around the world. We’re committed to investing responsibly across our businesses. We develop innovative global frameworks for sustainable investing, collaboratively engage with companies in our securities portfolios, and maintain a high standard of stewardship where we own and operate assets, and we believe in supporting financial well-being through our workplace retirement plans. Today, plan sponsors around the world rely on our retirement plan administration and investment expertise to help their employees plan for, save for, and live a better retirement.

As of September 30, 2020, Manulife Investment Management had CAD$923 billion (US$692 billion) in assets under management and administration. Not all offerings are available in all jurisdictions. For additional information, please visit manulifeim.com.