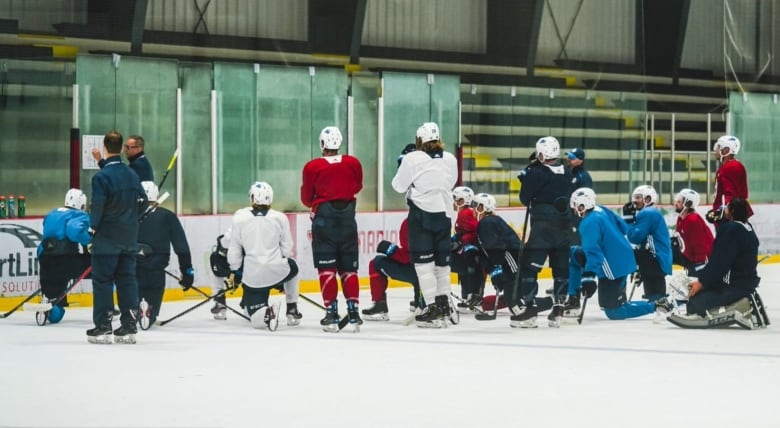 The Winnipeg Jets are getting their skating legs back in shape with the NHL’s abbreviated season set to resume in 2½ weeks.

Players took to the ice Monday at the Bell MTS Iceplex for the first official practice since the season was paused March 12 due to COVID-19. At the time, there were still 189 games remaining on the NHL’s schedule.

Training camps across the league were opening as part of Phase 3 of the NHL’s return-to-play plan, which dives right into the playoffs.

“It’s the middle of July, I didn’t get to see playoffs, I want to see it.”

The NHL announced earlier in spring that, if possible, it would complete the season by bringing back 24 of its 31 teams — 12 from each of the Eastern and Western conferences — based on the standings when the shutdown occurred.

Pucks will drop on Aug. 1, with a number of games taking place throughout the day in two host cities: Toronto and Edmonton.

Maurice said the Jets’ organization has gone “above and beyond” the minimum standards in terms of assuring the safety of players returning to the city, of staff and of the community.

The league’s playoff format in this shortened season gives a bye to the top four teams from each conference. They will go straight to the Stanley Cup playoffs.

The next eight teams from each conference will play a best-of-5 series, with the winners advancing to the playoffs. The losing teams will return to their summer break.

The Jets-Flames matchup is the only all-Canadian series of the qualifying round.

The four top teams in each conference will play each other once to determine the order of the seeding for the first round of the playoffs. All playoff series after the qualifiers will be best-of-7.

‘Take it out of the garage a little bit slowly’

Following Monday’s workout, Maurice said there was some rust on the players but not much.

“We wanted to take it out of the garage a little bit slowly. But the key thing I took away from today is … they wanted to be on the ice. They ran the routes. They did the drill exactly the way it was designed. They had a little bit of fun, they worked hard.

Fans will not be allowed to attend any of the games but the league has been talking about using recorded crowd noise and even cardboard cutouts of people to fill the empty seats.

Superfan Jeff Baquiran may see a video of himself beamed into the empty rink, lounging outside while carrying a mug in the shape of the Stanley Cup.

He said watching hockey in August may look like it does in that video.

“If it means bringing the TV outside to watch it, so be it, or if I have to sit outside and have the TV in the front window there then whatever it takes,” he said.

Ahnissa Martens, assistant general manager at Underdogs, said she knows all the regulars by name and the Jets keep coming up in conversation.

“We have a lot of regular clientele and it is something we talk about all the time, how they miss the Jets,” she said.

Martens said she feels their pain, as she’s had nothing to watch during the last few months of COVID-19.

“I think it will definitely … be a distraction of everything else that’s going on.”

Whiteout parties could make a comeback

Though public health officials likely won’t want to see thousands of fans storm the streets to cheer on the Jets, Manitoba’s Chief Provincial Public Health Officer Brent Roussin said Monday that “there’s probably a possibility of having a decent-sized gathering.”

Manitoba has gone 13 days in a row without reporting a new case of COVID-19, and the province’s active case count is down to one as of Monday morning.

Right now, public health rules only allow up to 100 people to gather together outside. Although, Roussin noted, “you could cohort to get to that maximum of that 30 per cent capacity for the area.”

He later said that public health officials are looking at further relaxing the limit on outdoor gathering sizes. 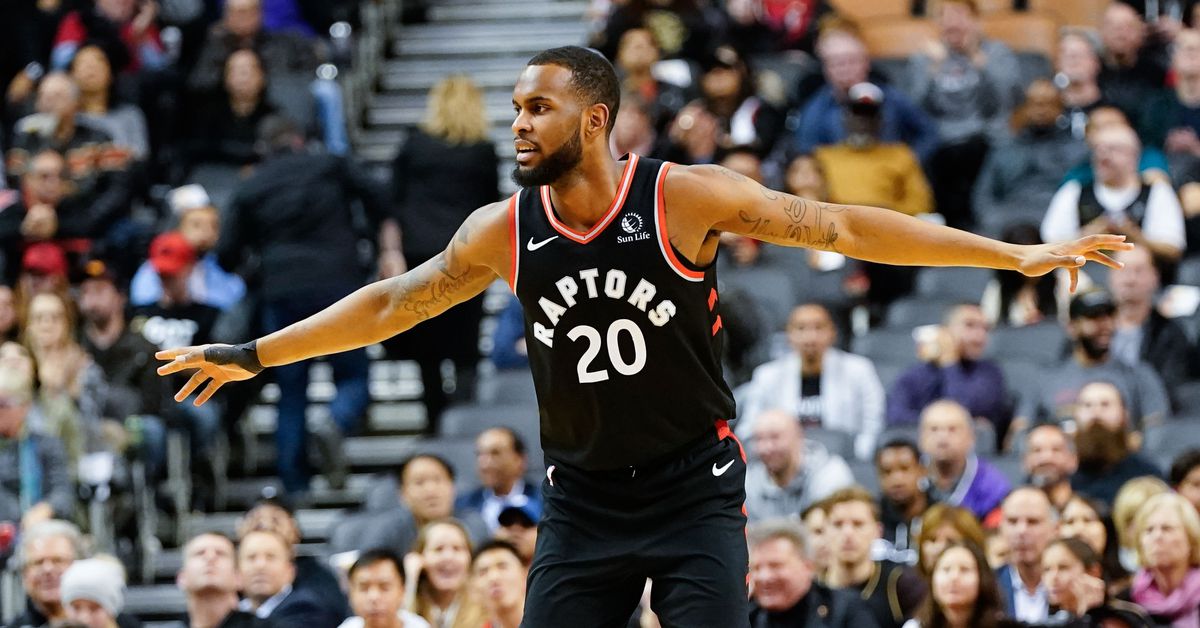 In a surprising turn, the Raptors officially announced this afternoon that they are waiving centre Dewan Hernandez in advance of the 2020-21 season. The soon-to-be 24-year-old big man would have once again been the Raptors 14th or 15th man for the coming season, but it still comes as something of a shock given Toronto’s usual regard for their own draft picks as of late — and their ability to develop them into useful NBA players.

The thinking here from Toronto may have more to do with roster management and salary cap thinking than potential. Though, due to things he could and couldn’t control, Hernandez didn’t do much to prove he could stick in the NBA.

Toronto announced that they have waived Dewan Hernandez.

Hernandez was set to have his $1.5M contract guaranteed on Nov. 29.

Hernandez joined the Raptors for the 2019-20 season as the 59th pick in the 2019 NBA Draft. There’s usually no reason to believe a player picked in that range will hang on in the league, but Hernandez is a lithe 6’10”, 235 pounds, and showed he had some of the mobility and shooting range needed to be a new-age frontcourt player in the NBA. He still had a ways to go, particularly on the defensive end and appeared in just six games during last season for the Raptors. Unfortunately a serious ankle injury kept him off the floor for the 905 in the G League as well, which surely hurt his development — and his chances of staying with the Raptors.

After adding two new rookies in the 2020 NBA Draft — Malachi Flynn and Jalen Harris — and then signing a pair of established centres in Aron Baynes and Alex Len, it was clear the Raptors were about to run into a bit of a roster crunch. As reviewed here: with Hernandez on the roster, the team was at 16 players — and that’s before adding Len as the team’s backup centre, and before addressing what to do with their other two-way contract slot, which may go to rookie Harris or a returning Oshae Brissett (who is still on the restricted free agent market). There’s also Terence Davis to consider, but we’ll leave that for now.

In truth, Toronto just did not have a lot to lose by letting Hernandez go. Some team could — and likely will — pick him up to become their 15th man or to solidify their G League roster at some point in the future. But with no timetable for a G League return and roster needs now shifting elsewhere for Toronto (e.g. it’s hard to teams to justify carrying three centres), releasing Hernandez saves the team a few bucks in the short term and presumably opens the way for the return of Brissett or some other forward option.

Here’s hoping Hernandez can regain his footing in the NBA soon because, I’ll be honest, he flashed some funky skills at times and I hope he gets a chance to ply his trade for real in the league. Best of luck, Dewan. 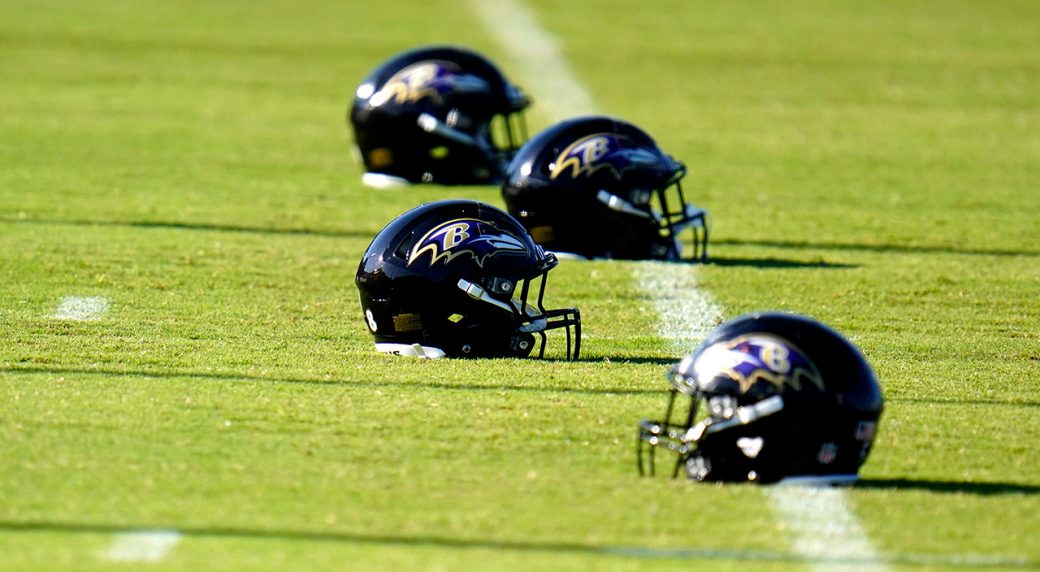 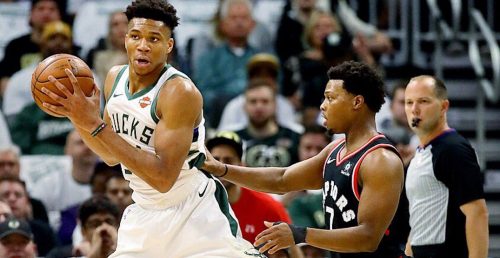